Mount Wutai is attractive to both Buddhists and regular tourists. For Buddhists, it is respected as the global center for Buddhist Manjusri worship that every pilgrim should visit once in a lifetime. For regular tourist, it is the ideal place to explore Buddhist culture, and trace the clue how the Buddhist developed in China. The natural landscape around the Buddhist temples is also spectacular. This 2 Days Classic Mount Wutai Tour takes you to explore the very essence of Mount Wutai in a leisure way. It is private, and can be tailor-made to meet your personal needs. Hotels, airport (train station) pick up, transfer and guide are all included.

Welcome to Wutaishan, the home to China’s most sacred Buddhist mountain. Our local tour guide will meet you at Xinzhou Wutaishan Airport or Wutaishan Railway Station and escort you to Taihuai Town which is the tourist center of Mount Wutai. The rest time is to explore Buddhist culture in the most influential temples of Mount Wutai - Tayuan Temple, Shuxiang Temple, Xiantong Temple, Pusa Ding Temple which are all convenient located in Taihuai Town.

Tayuan Temple (Pagoda Courtyard Temple) is named after the Great White Pagoda, a symbol of Mount Wutai. This big white pagoda is 75.3 meters high and 83 meters around. It is said there is a stupa of Sakyamuni’s sarira built by ancient Indian King Ashoka and hair of Manjushri inside the Great White Pagoda. Shuxiang Temple (Temple of Manjushri’s Statue) was established in East Jin Dynasty (AD 317~420). It houses the biggest statue of Manjusri Bodhisattva which is nearly 10 meters high. It used to be visited by many ancient emperors and queens. Xiantong Temple is the largest as well as the oldest temple in Mount Wutai. Its Bronze Hall, built in 1610 and made of 50,000 kg bronze, is one of the best preserved bronze halls in China. Pusa Ding Temple (Bodhisattva Summit) is the largest Tibetan monastery in Mount Wutai. It is featured in grand royal-style halls and temples. The ancient emperors in Ming and Qing Dynasties lived in the temple during their pilgrimage to Mount Wutai.

After the temples visit, go to check in to your hotel in Taihuai town.

How to Get to Mount Wutai? You can take direct flights to Xinzhou Wutaishan Airport from Shanghai (2.5hrs), Hangzhou (2.5hrs), Chengdu (2.5hrs), etc., or travel to Pingyao from Taiyuan (3hrs), Datong (3hrs) and Pingyao (4hrs) and other places in Shanxi Province with our private car. No matter where you come from and when you arrive, our tour guide and driver will pick up on time. 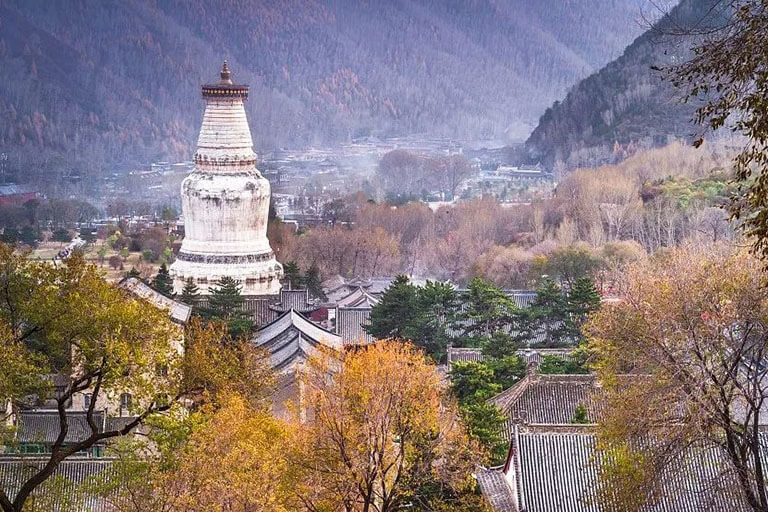 Wake up in the peaceful morning full of heart-touching Buddhist atmosphere. After breakfast, you will go to visit Dailuo Ding Temple which is located on a slope of East Terrace from where you can enjoy a panorama of other temples and Taihuai Town. This temple houses all the five clones of Manjusri Bodhisattva so that pilgrims who are short on time or energy don’t have to hike 2 days to worship to the Manjusri Bodhisattva on the five terraces. One has to climb 1080 steps or take a cable car to get to Dailuo Ding Temple.

Next, you will be driven about 50km (40mins) to visit Foguang Temple (Buddha Light Temple) which is a hidden treasure but forgotten by most of tourist groups. Its Eastern Hall is one of three survived wooden architecture of Tang Dynasty (AD 618~907) in China, and best preserved of its kind. The Tang Dynasty architecture, sculptures, murals and inscription have high value of history and art, and praised as “four wonders”. The famous Chinese architect Liang Sicheng praised it as “the No. 1 Treasure of Chinese Architecture” because defeated the option of some Japanese scholars that only Japan is the only place on earth to witness wooden architecture of Tang Dynasty.

The rest time is free at your own leisure until your tour guide and driver escort you to catch your departing flight/train on time. Our service end. 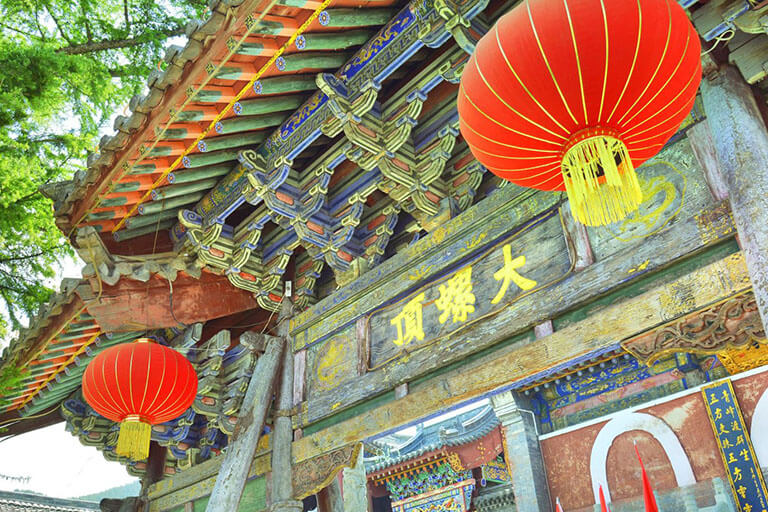 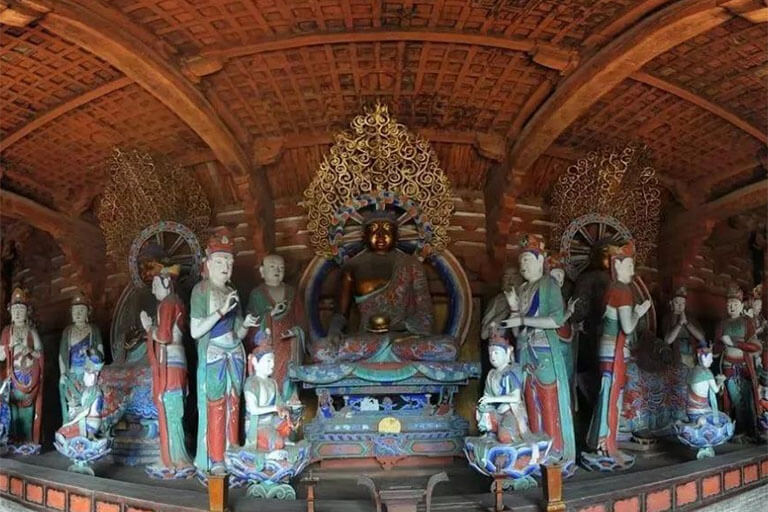 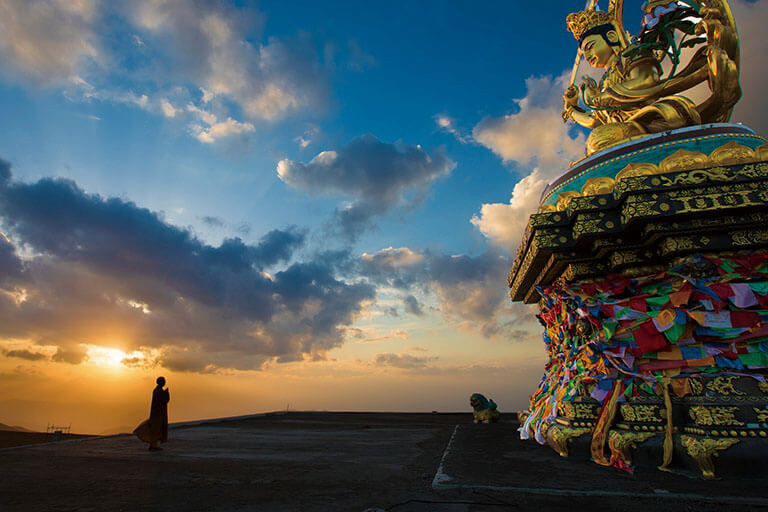 You're inquiring about the " 2 Days Classic Mount Wutai Tour "