Located in the northeast of Beijing, Beijing Capital Airport is about 25 km away from Tiananmen Square, the center of Beijing, and it takes at least 100 CNY to the downtown by taxi. As one of the largest and busiest international airport in the world, it serves numerous international/regional flights which connect China with almost every continent of the world. There are also lots of domestic flights from/to every provincial capital city and other major cities in China. There are three Terminals, namely the Terminal 1, Terminal 2, and Terminal 3. Terminal 1 is for domestic flights of China Southern Airlines Company only; Terminal 2 serves for China Eastern Airlines, China Southern Airlines, Xiamen Airlines, Shenzhen Airlines, Hainan Airlines (international flights) foreign airlines of SkyTeam, etc.; and Terminal 3 is usually for China Air, Sichuan Airlines, Shanghai Airlines, Shenzhen Airlines, and foreign airlines of Star Alliance and One World Alliance…

>>How to Transfer from Beijing Capital International Airport to Beijing Downtown

>>How to Travel from Beijing Airport to Great Wall

Map of Nonstop Flight Path to Beijing (Updated in March, 2019)

Besides serving a great number of the domestic flights, Beijing also opens as the most important gateway city in China. Covering almost all the capital cities and other important cities in the world, flight routes to/from Beijing are hundreds to count. The followings are popular flights schedules listed by continent for your reference only. Since the flight schedule changes from time to time, please do not hesitate to contact us for more detailed information.

International Flights from Europe to Beijing

Note: Airline departure and arrival times are given in terms of the local time zone.

As the capital city of China, Beijing serves flights to/from over 120 cities in mainland China, including every provincial cities and some other 2nd or 3rd tier cities, as well as most of the famous scenic cities in China. The duration is normally from 2 hours to 5 hours. Here, we have some of popular flight routes for your reference, for more detailed information and updated flight schedules, please do not hesitate to contact us!

Almost, every provincial city and the major scenic city are connected with multiple flights to Beijing. Besides Beijing, the other gateway cities to China include Shanghai, Guangzhou, Kunming, Shenzhen, Chongqing, Chengdu with more than 20 nonstop flights taking off to Beijing, in about 2 or 3 hours.

Note: The flight schedules above are listed for your reference. Since the information always changes from time to time, please don't hesitate to contact us to get the updated flight schedules.

After landing in Beijing, tourists may be confused where they can travel thereafter, for there are so many travelling options. The followings are the most frequently used and mature air routes. These popular arrival cities include Shanghai, Xian, Guilin, Chongqing, Chengdu, Lhasa, Zhangjiajie, Guangzhou, Huangshan, Shenzhen, Urumqi. Except for Lhasa, you can get to all those cities within 5 hours.

Note: The flight schedules above are listed for your reference. Since the information always changes from time to time, please don't hesitate to contact us to get the updated flight schedules. 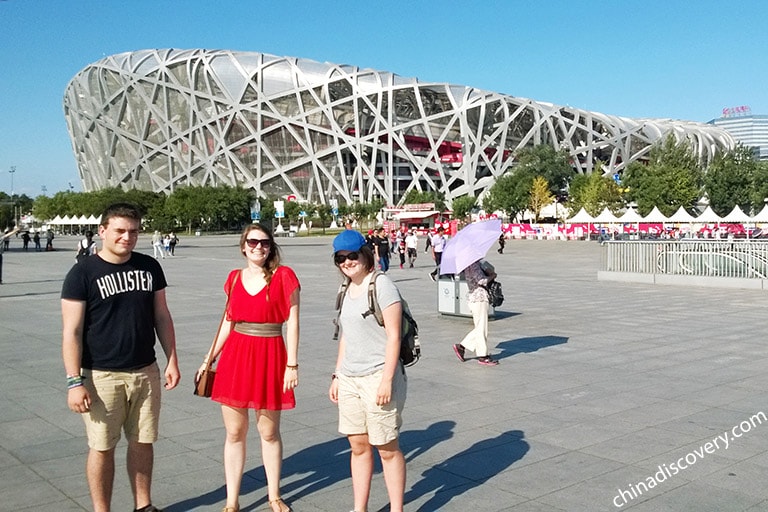 Keep Reading about Getting to Beijing