Renminbi (人民币) or RMB is the official currency of China, and it means “people’s currency” in Chinese. The basic unit of RMB is yuan (元), and the sign of yuan is ¥. CNY is the abbreviation of Chinese yuan, which is also been used widely to refer to Chinese currency. The subordinate units of yuan is jiǎo (角) and fēn (分), and one yuan equals 10 jiao and one jiao equals 10 fen. At present, fen is too cheap to purchase anything, thus, there is almost no circulation of fen on the market. 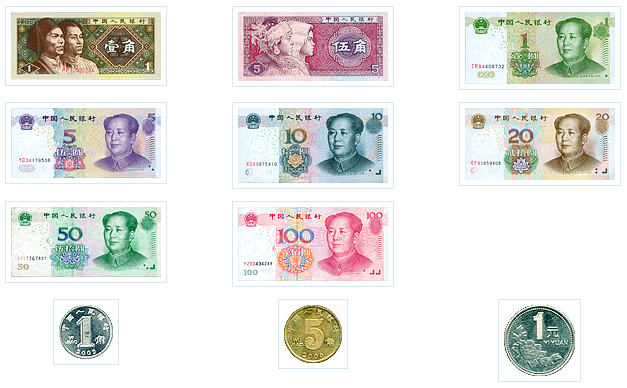 (1)Chinese people often call yuan as “kuai”, both of the two pronunciations are used among China. For example, 1 yuan can also be called as 1 kuai.

(2)Renminbi is the legal tender in mainland China, however, Hong Kong, Macau and Taiwan has different currencies. Hong Kong is Hong Kong Dollar (HKD $), Macau is Pataca (MOP $) and Taiwan is New Taiwan Dollar (NT $). Some stores in Hong Kong and Macau also accept Renminbi, and it’s easy to exchange Renminbi in those places to local currencies.

LATEST NEWS: on Nov 30, 2015, IMF (International Monetary Fund) decided to add the yuan of China to the basket of currencies, and Chinese yuan has become the fifth currencies join the IMF currency basket after US dollar, euro, Japanese yen and pound sterling. The decision will be enacted on October 1st, 2016. 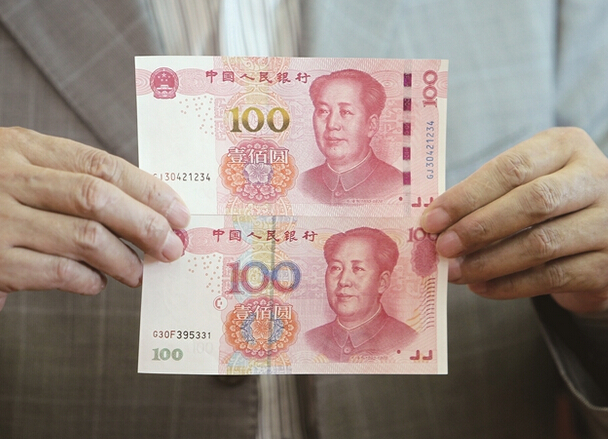 How to Identify Counterfeit Money

1.Feel the texture of Chairman Mao’s collar and the braille dots besides him, the texture of these parts are rough; while the fake money doesn’t has this texture and feels smooth.

2.Hold the bill against the light with the Mao side facing you, you can see two watermarks, one is the image of Chairman Mao on the left blank space, and another is the number equal to the value of the bill on the left bottom next to the denomination number.

3.The color of the denomination number on the left bottom of the Mao side will change from different angle. For the ¥100 banknote, the number is green when you look from the front and will change to blue when you tilt the banknote upward. As for the ¥50, the number is golden from the front and turns to green when you tilt the banknote upward.

4.In the upper right corner of the Mao side, you can see an oval shape under the denomination number. Hold the banknote to the light and tilt is in a sharp angle, you can see a number in the oval equal to the value of the bill.

Foreign travelers can exchange their own currency into RMB back home. However, one traveler shall not bring more than 20, 000 yuan cash into China according to the regulation of Chinese Customs. The largest banknote for RMB is ¥100, so if you bring 20, 000 yuan, that will be quite a thick stack of money. Since it’s very convenient to exchange money in China, the best advice is exchanging a small amount in your country and exchanging more if you need when you get to China.

In China, certain airports and most of the bank branches and four-star or five star hotels will provide currency exchange service for foreign travelers. When travelers exchange their foreign currency or cash a traveler’s check in the hotel or bank, they need to present their passport for identification. The exchange rates are regulated; however, the commission fees are varied from different banks, hotels and airports. Pay attention to this situation, especially when you make an exchange at the airport.

Cash withdrawals through ATM machines (can only cash RMB)

Travelers can make cash withdrawals in China by using an ATM machine with their Visa card or Master Card. Cash through an ATM machine is more quick and convenient comparing with currency exchange in a bank or hotel. All ATM machines in China have instructions in English and you can follow the instructions to cash the money. ATMs in China will dispense cash first, and then return your card. This may be opposite to some countries where return card first and then dispense money. So remember to pick up your card after you cash the money.

In China, except for some four-star hotels, five-star hotels, and big foreign chains, like Starbucks and some department stores, your credit card, like Visa and Master Card can’t be used on most POS. Because all POS are connected to “China UnionPay” – the only domestic bank card organization in China. If you have a card issued by UnionPay, they you can use it on all POS machines in China. However, Visa and Master Card can only be used when there is a Visa POS or Master Card POS. In this case, cash will be the only way to pay for your consumption. 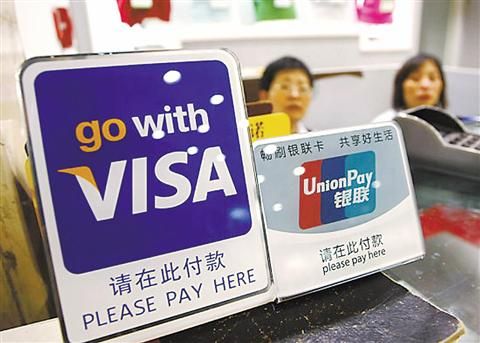 Notice: It’s strongly suggested to retain all of your exchange receipts, including receipts from ATMs. Because when you leave China, if you don’t have the exchange receipts, then you only can cash Reminbi which equals 500 US dollars at most, and if you have retained the exchange receipts, the limitation for converting Renminbi back into foreign currency is the amount that had exchanged foreign currency into RMB in China. For traveler’s convenience and safety, it’s recommended that just convert a small amount once a time, so that you don’t have too much RMB to convert when you leave China. 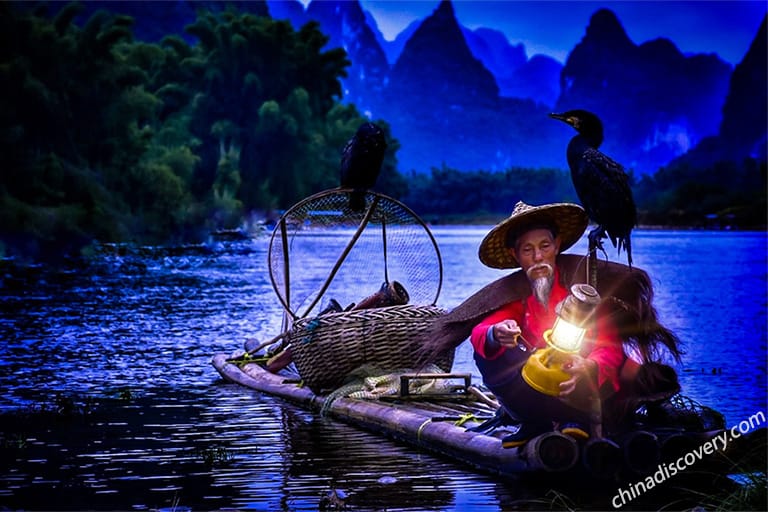