Why Our Guizhou Tours

Kaili and Fanjingshan are two of the most popular tourist destinations of Guizhou, China. Being the busy central of Qiandongnan, the region with the largest ethnic groups and villages, Kaili is a vital gateway for visitors heading to explore the diverse and primitive ethnic villages in Guizhou, like Xijiang Miao Village, Upper Langde Miao Village, Matang Gejia Village and so on. And the sacred Fanjingshan, the cherished UNESCO World Heritage Site, is the best choice for visitors looking a mountain hiking experience in Guizhou.

Fanjingshan is about 162km northeast of Kaili, which needs about 3.5 hours by direct driving. Due to Fanjingshan is located in the mountainous area that a little bit far from airports and railway stations, there is no direct flight or train to get there. Tongren City about 1.5 hours driving away from Fanjingshan Scenic Area is a popular transfer hub to get to Fanjingshan.

At present, the best two ways getting from Kaili to Fanjingshan are going with direct private car (3.5~4 hours) or high speed train via Tongren (about 1 hour for the train ride and 4~4.5 hours in total). 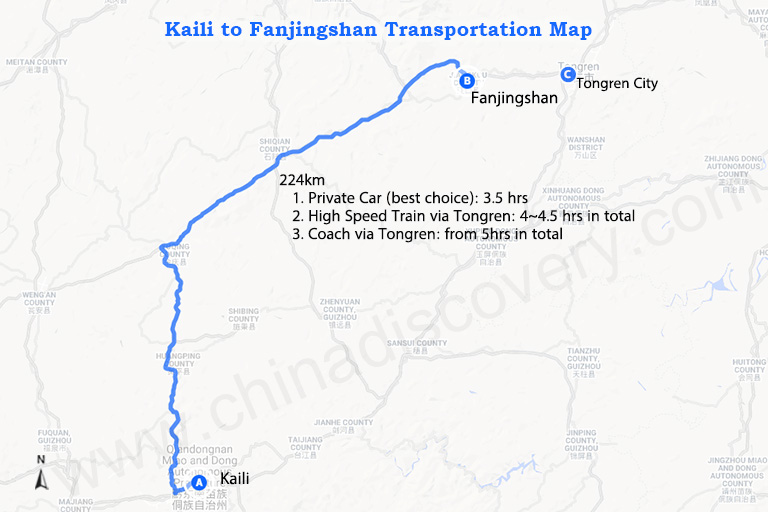 Considering both Fanjingshan and the villages in Kaili are hidden in the mountainous areas of Guizhou, going with the help of private car and experienced local driver is obviously the best way to travel between them. And then you will get rid of the hassles of finding somewhere to make transfers in the middle way. Besides, you can arrange the departure time according to your trip plan instead of the train/bus schedules. The private car ride from Kaili to the Heiwan River Entrance of Fanjingshan needs only 3.5 hours around.

We China Discovery also offer convenient private car transfers between Kaili and Fanjingshan. And such great service is included in all of our Kaili Fanjingshan Tours. The price is reasonable, and the tour can be customized! If you are interested, please feel free to contact us for help!

Note that there is no hotel inside Fanjingshan Scenic Area. And camping is not allowed too. Therefore, your Fanjing tour is suggested to start from the morning instead of the afternoon, or you may don’t have enough time to finish the hiking! And if you go from Kaili to Fanjingshan for sightseeing, you are recommended to find a hotel for a one-night stay at the foot of Fanjingshan before your hiking tour. Check more about How to Plan a Fanjingshan Tour and Where to Stay in Fanjingshan. 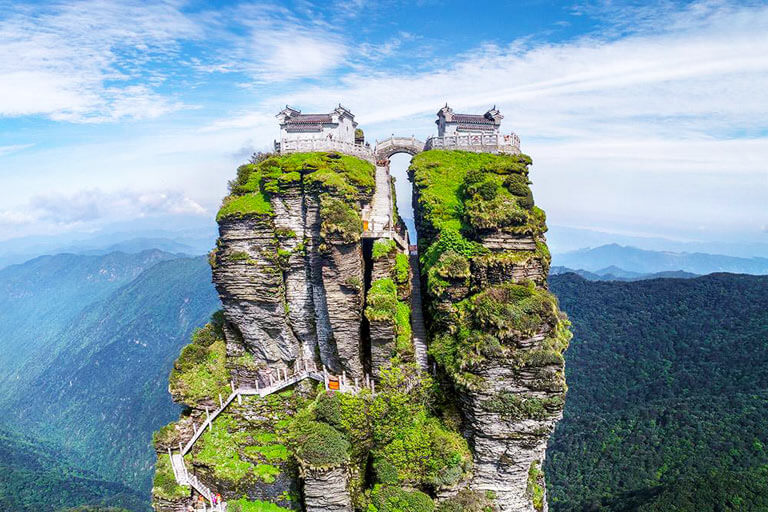 If you are fond of travelling by high speed train, you can also find high speed trains between Kaili and Fanjingshan. However, these trains cannot take you from Kaili to Fanjingshan directly, but to Tongren City about 1.5 hours driving away from Fanjingshan. Every day from 11:00 am to 18:00 pm, there are 4 bullet trains around for you to choose. The train ride from Kaili South Railway Station to Tongren Railway Station needs 1 hour or so. 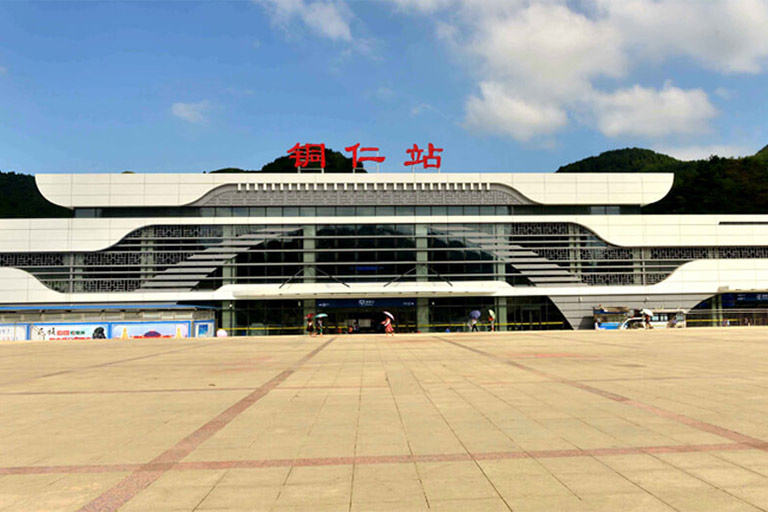 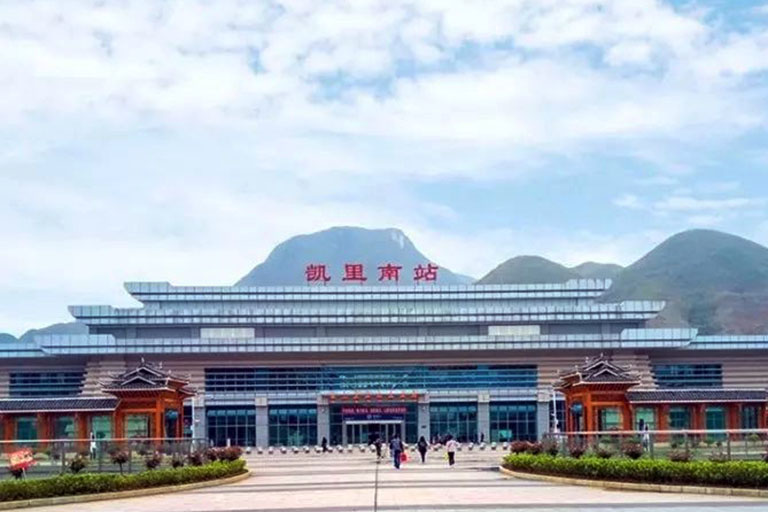 Kaili to Fanjingshan Bus/Coach - Cheapest but Most Complex & Time-Consumption

There is no direct coach or bus available between Kaili and Fanjingshan Scenic Area. At Kaili Coach Station in Kaili downtown, there are about 3 daily coaches to Tongren downtown area. The coach ride takes about 3 hours. And from Tongren downtown, you are required to change another coach at Tongren Tourism Passenger Station or the coach stations near the airport and train stations in Tongren to Fanjingshan Scenic Area. The schedules of all the coaches are not fixed. And some coaches may be cancelled at sometimes. Plus the long and inconvenient travel experience, you are not really suggested to go with the coach to travel between Kaili and Fanjingshan. 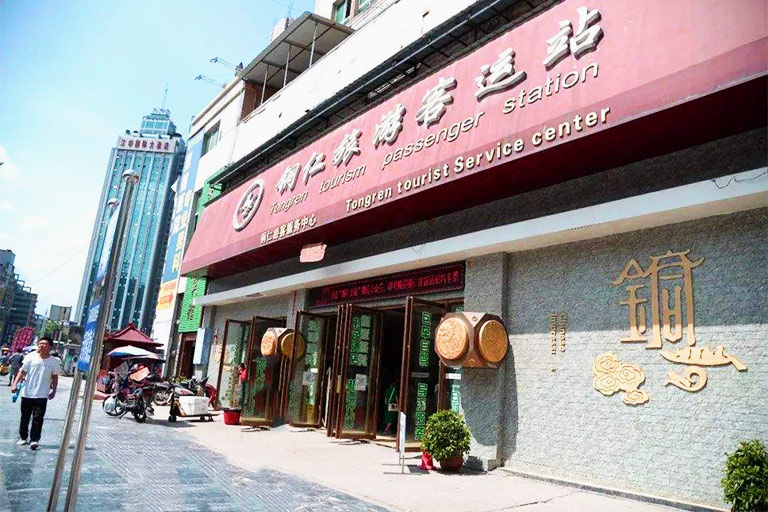 How to Plan a Kaili Fanjingshan Tour

A Kaili Fanjingshan tour introduces both the most beautiful Mountain View and the primitive ethnic culture of Guizhou to the visitors. And such a nature and culture tour needs about 4 days, including 2 days to explore the ethnic villages of Miao, Dong, Gejia, etc. in Kaili and another 2 days to enjoy hiking and sightseeing at the sacred Fanjingshan.

Being the No.1 province in China with the largest number of natural relics, Guizhou has lots of natural wonders to offer besides Fanjingshan. If you have 1 day more in Guizhou, you are highly suggested to add an Anshun tour into your Guizhou trip, and then you will get close to China’s grandest waterfall - Huangguoshu Waterfall. For visitors looking for an in-depth visit of Guizhou ethnic culture, you are advised to extend your Kaili tour to Rongjiang and Congjiang before heading to Fanjingshan. About 2~3 days more are enough to savor more typical villages of different ethnic groups.

In addition to all mentioned above, Guizhou also boasts beautiful Karst Caves and hills and Danxia Landscapes to be explored. If you have your preference, you can tell us your favorite Guizhou attractions, and let us customize a Guizhou tour for you!

>> How to Plan a Guizhou Tour

>> 10 Best Places to Visit in Guizhou 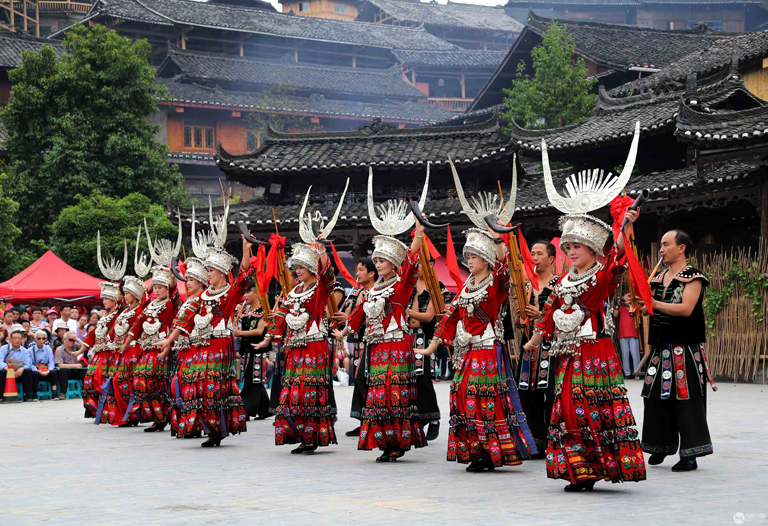 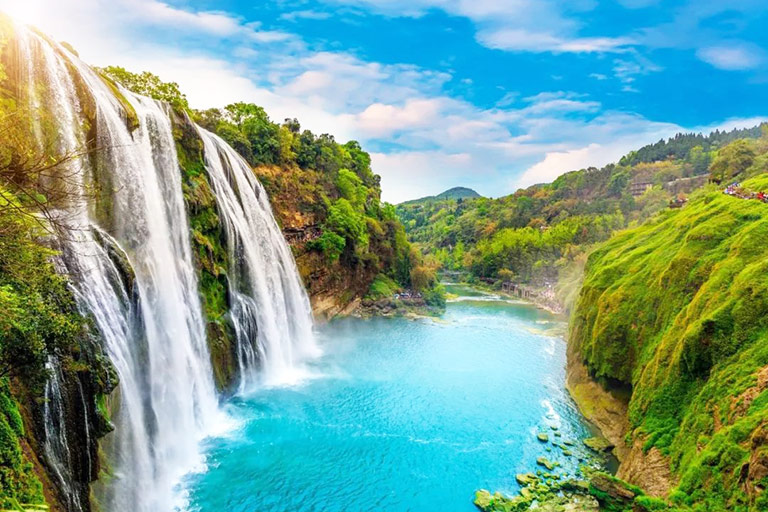 Want to travel Kaili and Fanjingshan without the hustle of public transportation and troublesome navigation? Travel with us China Discovery, and then you will get a worry-free tour! Our experienced local driver will escort you from airport/railway stations/villages to Fanjingshan directly. During the whole journey, you can get really relax on the way! And our professional guide will accompany you all the way and introduce the stunning Miao and Dong culture for you.

The tour can be tailor-made according to your plan, time, group size, budget and every special need. If you are interested, please feel free to contact us to customize your tour! 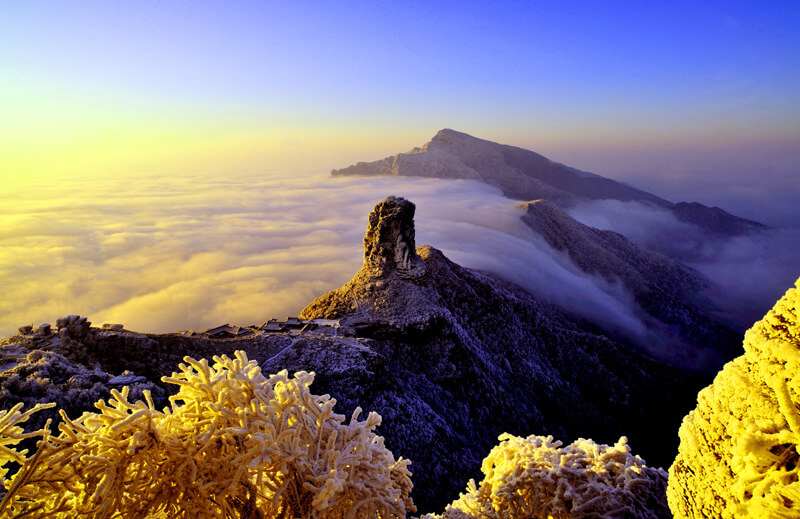 Top 3 Guizhou tours chosen by most customers to explore Guizhou in the best way. Check the detailed itinerary, or tailor your own trip now with us.