Mount Jiuhua (Jiuhuashan), dedicated to Ksitigarbha Bodhisattva, is one of the Four Sacred Buddhist Mountains in China. This 2 days Mount Jiuhua tour focuses on in-depth exploration about Jiuhuashan’s Buddhism culture. No matter you are a Buddhist or a traveler fond of Chinese Buddhism, you can enjoy breathtaking nature scenery getting atop an altitude of 1306 meters, have deep understanding about Chinese Buddhism and even pay pilgrimage to worship the corporeal body of Ksitigarbha Bodhisattva.

Upon arrival, be met by the local guide and driver at Chizhou Jiuhuashan Airport or Chizhou Railway Station and driven directly to Mount Jiuhua. Check in your hotel in Mount Jiuhua and take a short rest. In this afternoon, you’ll have a half-day Buddhism exploration.

Mount Jiuhua, also called Jiuhuashan, is one of the four sacred Buddhist mountains in China, together with Mount Wutai in Shanxi, Mount Putuo in Zhejiang and Mount Emei in Sichuan. Mount Jiuhua is dedicated to Ksitigarbha (Chinese Pinyin: Dizang), a bodhisattva and protector of beings in hell realms according to Mahayana Buddhist tradition. This holy land with over 1600 years is listed as “National AAAAA Tourist Attraction” and reputed as “Buddhist Heaven for Lotus Flowers”.

Firstly, you’ll take cable car up to Longevity Palace, where preserves a saint Buddhist Mummy of monk Wu Xia in the Hall of Sacred Remains, and visit Hall of Five Hundred Arhats with 500 bronze statues, and this splendid site can be seen only in this Buddhist Mountain. Reach the viewing deck of Longevity Palace to have grand, holy and mysterious view of the undulating mountains in the shape of a natural Sleeping Buddha. Later, take cable car down to Jiuhua Street and continue to visit the Incarnation Grand Hall, the burying place for Ksitigarbha Bodhisattva - Kim Qiaojue. Be followed a visit to Zhiyuan Temple to see the holy Buddhas and appreciate the precious Tripitaka, the only Tripitaka in Chinese engraved by the official in Qing Dynasty and Huacheng Temple, the oldest and leading temple of Mount Jiuhua. Stay overnight in Jiuhuashan. 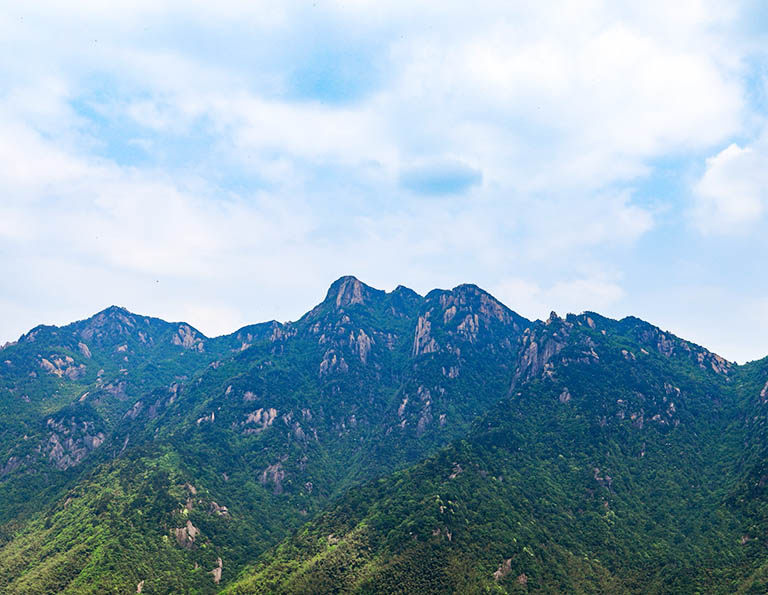 After breakfast, you’ll begin today’s visit to fully explore Mount Jiuhua. First, take cableway up to Tiantai (Heavenly Terrace) Scenic Area at altitude of 1306 meters. A saying goes “You never reach Mount Jiuhua without a visit to Heavenly Terrace Peak”. Get up at the top of Heavenly Terrace Peak and catch a panoramic view of Mount Jiuhua with many peaks to see, including the highest peak - Shiwang Peak at 1342 meters. Walk to the highest temple of Jiuhuashan - Tiantai Temple to visit the Hall of Ksitigarbha Bodhisattva and Hall of Thousands of Buddha. After absorbing the strong Buddhist culture and breathtaking scenery, get down to visit Ancient Lecture where Kim Ksitigarbha chanted Avatamsaka Sutra. Transfer to visit the 7.68-meter-tall Phoenix Old Pine which looks like the flying phoenix spreading its wings.

After the tour, your guide and driver will escort you to the airport or railway station to take your flight / train to next destination! Service ends!

You're inquiring about the " 2 Days Mount Jiuhua Buddhism Tour "