The Ancient City Wall is a must-see for a Xian tour not only because it is a witness to the history of Xian, but also because of the panoramic view and delightful walking or biking experience you can get. Here we have provided you with its location map, transportation map, and tourist map to help you better plan your Ancient City Wall tour.

Xian Ancient City Wall is located at the center of Xian. It is a rectangle with a perimeter of 13.74km and 18 gates. The South Gate, also called Yongning Gate, whose location is No. 2 Nandajie, Beilin District, Xian (陕西省西安市碑林区南大街2号) is usually used to represent the City Wall on the map. It is about 38km from Xian Xianyang International Airport and 43km from the Terracotta Warriors. 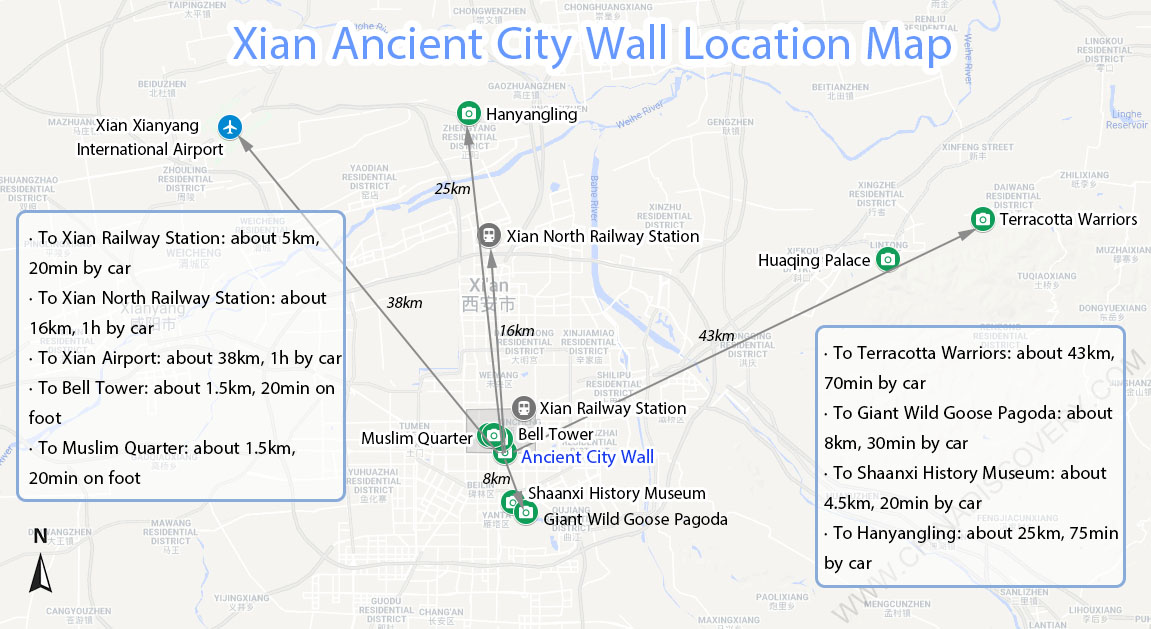 Located in the center and as a landmark of Xian, the Ancient City Wall is quite transportation-friendly. More than a dozen of bus lines pass each of the four main gates. Metro Line 2 runs through the City Wall north-south. Metro Line 1 runs west-east and they meet at Beidajie Station. 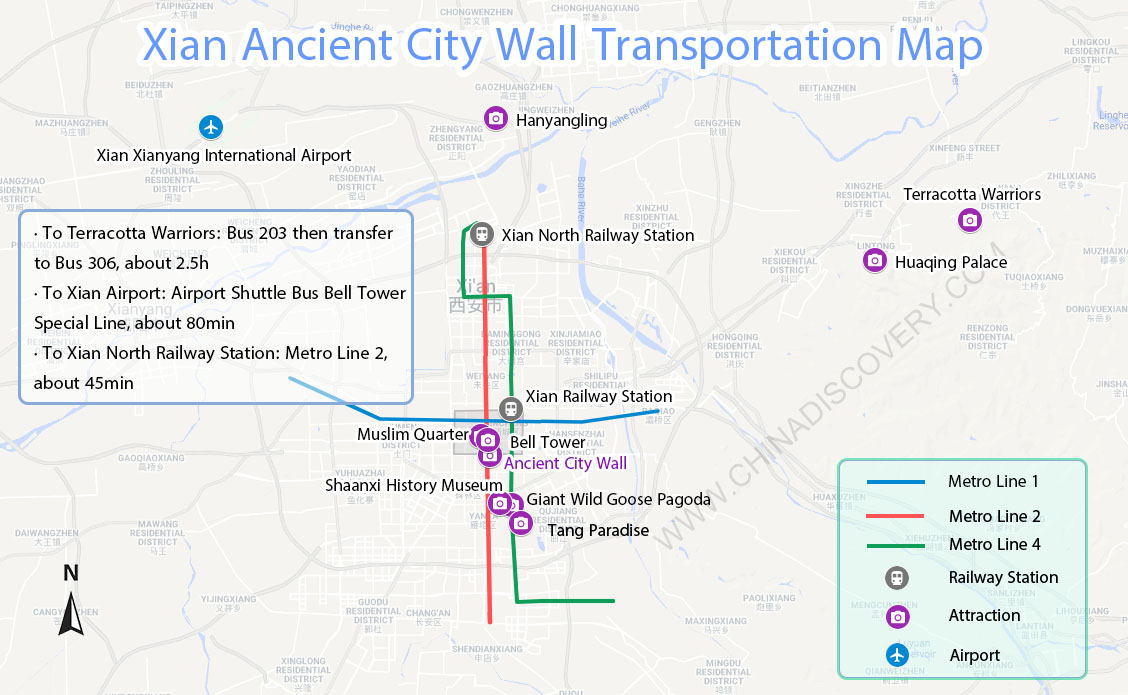 Metro Line 2 passes both the South Gate and North Gate of the Ancient City Wall. Transfer between Xian North Railway Station and the City Wall will only need about 45min. Metro Line 2 operates from 06:00 to 23:50.

There is no direct bus or subway between Ancient City Wall and Terracotta Warriors. One option is to take Bus 203 to Shilipu Station (十里铺站) and then transfer to Bus 306 to Bingmayong Station (兵马俑站). It will take about 2.5h in total. But if you are at Shangde Gate or any other gate that is near Xian Railway Station, you can get to the railway station first and then take Bus 306, 914, or 915 to Terracotta Warriors directly.

There are 8 gates where you can ascend the City Wall, which are the Changle Gate (East Gate 长乐门), Yongning Gate (South Gate 永宁门), Anding Gate (West Gate 安定门), Anyuan Gate (North Gate 安远门), Heping Gate (和平门), Wenchang Gate (文昌门), Hanguang Gate (含光门), and Shangde Gate (尚德门). The first four gates provide bike renting and returning services but after 19:00, you need to return the bike at the South Gate. If you plan to have a round trip on the Ancient City Wall, it is recommended to start and end at the South Gate. Within the City Wall, there is the Bell Tower, Drum Tower, Muslim Quarter, Great Mosque… So you can arrange these attractions on the same day. 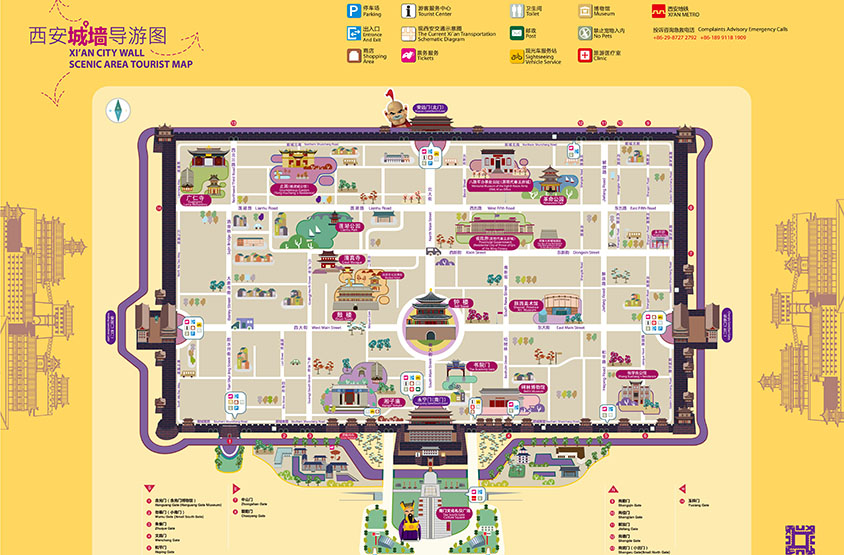 As the ancient capital city for 13 dynasties in China's history, Xi’an has always been a hot tourist destination in China. Terracotta Warriors and Horses buried for more than 2000 years is definitely a must-see. After that, take a stroll or rent a bike on the Ancient City Wall, the largest and best-preserved ancient city wall in China, to enjoy panoramic views of modern Xi’an. Then try some local snacks at the bustling and lively Muslim Quarter. On the next day, you can head to Da Cien Temple and Giant Wild Goose Pagoda to feel the Buddhist culture in Xi’an, then get a deeper understanding of the past of this city in Shaanxi History Museum.

If you are interested in mountain climbing, don’t miss the challenging Mount Huashan which is famous for lofty peaks and steep paths. If you have extra days, you can enrich your China tour by visiting more cities such as Beijing, Shanghai, Chengdu, or retracing the old Silk Road.

If you have other ideas or questions about a Xian tour, please feel free to contact us. We are also specialized in customized tours according to your own requirements, interests, travelling budgets, etc.

Top 3 Xian tours chosen by most customers to explore Xian in the best way. Check the detailed itinerary,or tailor your own trip now with us.