You are here: Home » China Travel Guide » Destinations » Sichuan  » Emeishan » How to Get to Mount Emei

How to Get to Emeishan and Mount Emei 2022

Well-known as one of China's Top 4 Buddhist Mountains and a UNESCO World Natural & Cultural Heritage, Mount Emei appeals to numerous travelers for a sacred Buddhism tour and visual-feast hiking trip. The famous mountain is located in western Emeishan (a small county-level city), west of Leshan (a prefecture-level city), southwest of Chengdu, Sichuan, about 50km west of Leshan Giant Buddha and around 180km away from Chengdu Research Base of Giant Panda Breeding.

So far, there is no airport near Mount Emei, the common and most popular way to get to Mount Emei is to travel from Chengdu to Emeishan by 1 hour ~ 1.5 hours' high speed bullet train or 2.5 hours' long-distance coach first. And then transfer from the train and bus station to Mount Emei scenic area. For those who plan to visit Mount Emei after Leshan Giant Buddha, there are also fast bullet trains and bus available between two cities. 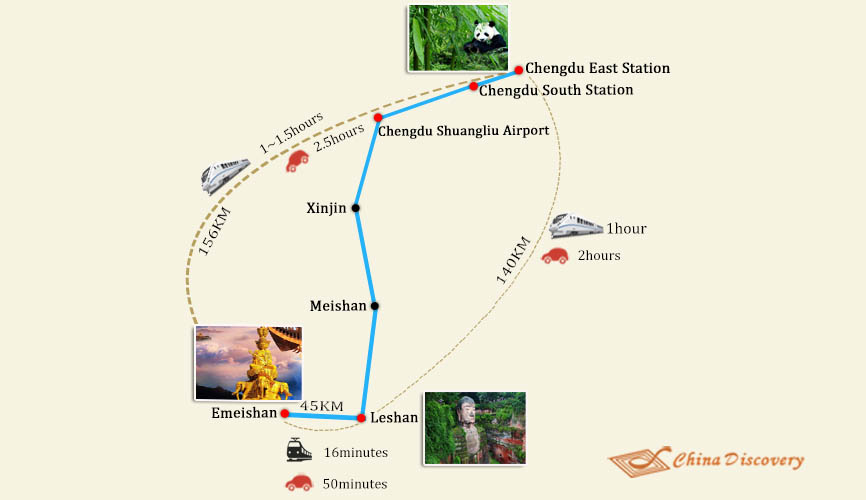 Chengdu and Emeishan is directly linked through Chengdu Mianyang Leshan High-Speed Railway (成绵乐城际列车), which departs from Chengdu East Railway Station and Chengdu South Railway Station, passing by Chengdu Shuangliu Airport, and stops at Emeishan (High Speed Train) Railway Station. Every day, there are more than 25 high speed trains running between Chengdu and Emeishan. If you accommodate in downtown Chengdu, you can take a 1.5 hours' bullet train journey first to get to Emeishan, and then transfer from the station to Mount Emei by a local bus, direct tourist bus or worry-free private transfer offered by China Discovery (most recommended). 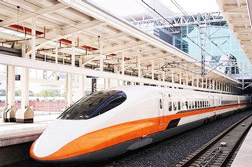 Note: If you want to tour Mount Emei within 1 day, you’d better take a morning high speed train to Emeishan and arrive the mountain before noon. Supposing that you arrive in Mount Emei in the afternoon, you can stay overnight in the mountain and continue Mount Emei hiking tour next day.

Note: We listed some high speed train schedules between Chengdu and Emeishan above. If you want to check the full train schedules or need a Mount Emei tour package, please contact us.

Chengdu South Railway Station can be reached by Metro Line 1 and Line 7, and over 10 buses from different areas in Chengdu. 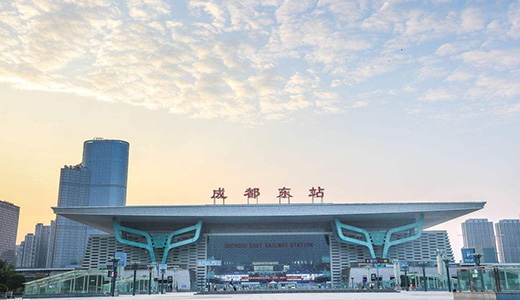 Tips: Chengdu Shuangliu Railway Station is on Basement 2, Terminal 2 of Shuangliu airport. You can take the intercity train to Mount Emei from Terminal 2 conveniently and you don’t need to exit the airport. Get from Chengdu to Emeishan by Normal Train - Optional Choice 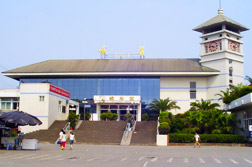 Considering the ticket booking, collecting of train tickets, some tourists prefer to get to Mount Emei from Chengdu by bus. The journey of such a long-distance coach needs around 2 to 3 hours. Departing from different bus station in Chengdu, you may get to Mount Emei scenic area straightforward or arrive at a bus station outside the mountain.

Chengdu Xinnanmen Bus Station is a frequently-used bus station to take bus visiting nearby destinations around Chengdu, such as Leshan, Emeishan, Jiuzhaigou, etc. The Xinnanmen Bus Station runs the largest number of bus to Emeishan at an average of every 30 minutes each day. After nearly 2.5 hours' ride and arrival at Jiuzhu Bus Station (or called Emeishan Passenger Traffic Center), tourists have to transfer 10km to Mount Emei by taxi for 25 minutes or local bus for 1.5 hours.

It is the most convenient bus travel from Chengdu to Mount Emei, because Chengdu East Bus Station, next to Chengdu East Railway Station, operates direct buses to Emeishan Tour Passenger Transport Center (峨眉山旅游客运中心), which is close to Baoguo Temple at the foot of Mount Emei. Choose this bus route, you can save time and engergy on finding vehicle for transfer. The bus ride usually costs about 3 hours 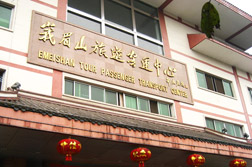 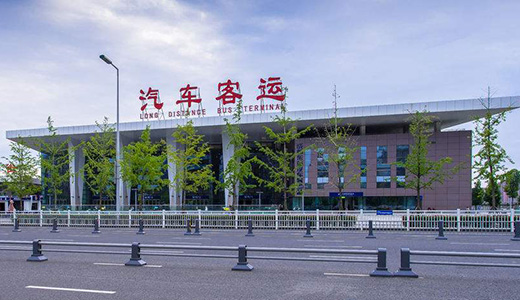 Get from Leshan to Emeishan (Mount Emei to Leshan) 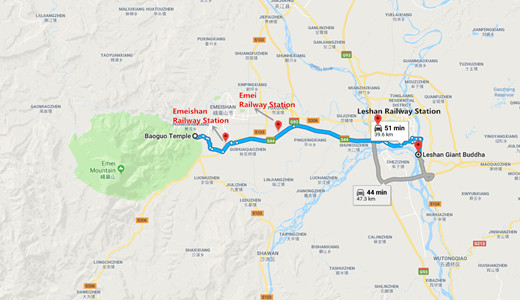 Note: 1.) The above listed trains are only a part of full trains, you can clik Leshan to Emeishan Train Schedules and Emeishan to Leshan Train Schedules. 2.) Because Leshan Railway Station and Mount Emei Railway Station are only one station away with 16 minutes duration, passengers taking Leshan-Emeishan High Speed Train need to pay attention to the broadcast about next arrival station, avoid miss the right station to get off.

Get to Mount Emei from Chongqing and Kunming

Get from Chongqing to Mount Emei

Mount Emei is located at 430km from Chongqing. There is no direct train between Mount Emei and Chongqing so far. If you consider taking a train to Mount Emei, a convenient high speed train transfer in Chengdu can be your Plan B. You can take about 2 hours’ high speed train to Chengdu firstly and then taka a Chengdu to Chongqing High Speed Bullet Train for another 1.5~2 hours.

Get from Kunming to Mount Emei

Mount Emei is also directly linked with Kunming by normal trains. You can take one of the 3 normal trains from Kunming Railway Station to Emei Railway Station. The overnight trains usually depart in the evening and arrive in the next morning. Soft Sleeper is most recommended for your 15~17hours overnight train travel than Hard Sleeper and Hard Seat. 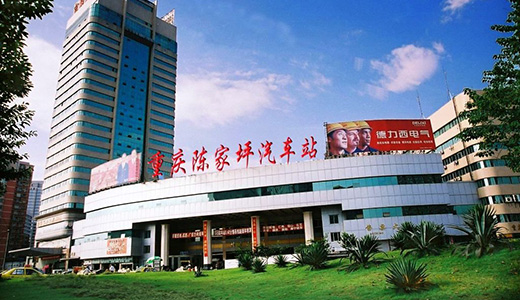 Get to Mount Emei by China Discovery's Private Tour

Are you planning a Mount Emei tour without transfer worries? China Discovery, an experienced, professional and reliable tour operater based in Chengdu, is always ready to offer you the most convenient transportation, the best itinerary, considerate tour services covering ticket booking, local tour guide, safe and comfortable vehicle, ideal accommodation and authentic food experience, etc. We will make the best convenient ways to help you fully enjoy your discovery in Mount Emei. Just contact us, tell us your requirements and holiday schedule, we can help you realized dream tour to Mount Emei, Leshan Giant Buddha and more top attractions in Chengdu, China. 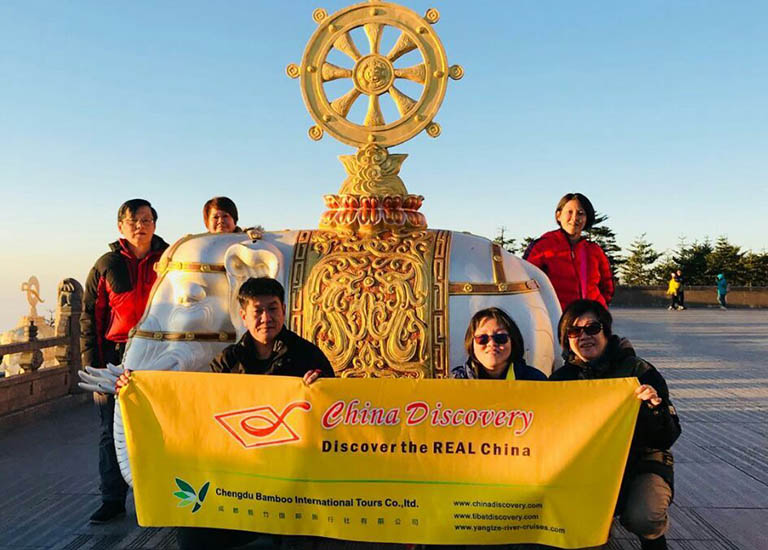 Since the Mount Emei Scenic Area is extremely large, there are a series of vehicles for you to choose to save your time and energy, like sightseeing bus and cable car. If you want to have an essence tour of Mount Emei, you can go to Leidongping (雷洞坪) by sightseeing bus firstly. Then you can walk all the way up to Golden Summit or take cableway from Jieyindianup to Golden Summit. There is still cableway between Wannian Parking Lot to Wannian Temple you can take. If you plan to have an in-depth discovery or trekking in Mount Emei, you can check the detailed traffic guide in Mount Emei Scenic Area. 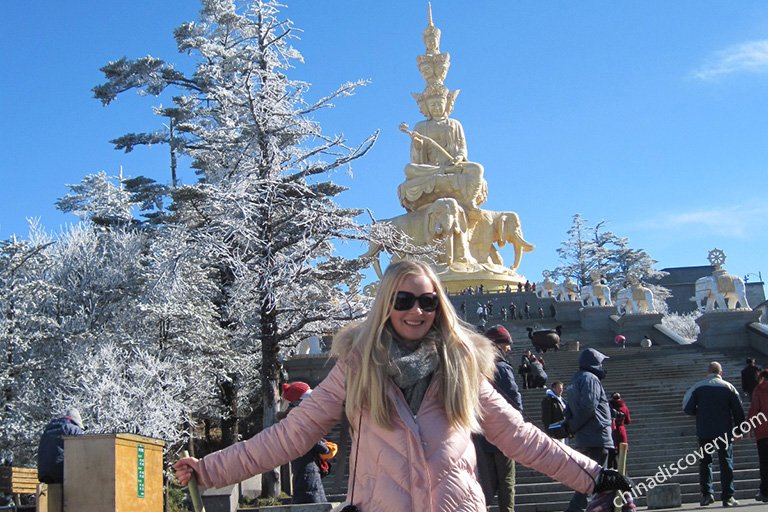 Thanks for your questions. After checking the latest Chongqing-Emeishan bullet train info, and the bullet train authority still has not given the complete and stable schedules running between Chongqing and Emeishan yet, travelers can only book the tickets during the National Day (Oct.01-Oct.07) at present. Travelers can get the tickets on official website (12306.com) or through online travel agency.

If you interested in Chongqing or Emei tour or have any more questions about the trip and tickets, feel free to contact us. We are here ready to help!