Learning Kung Fu in Chengdu - Where and Kung Fu Classes

Are you a fan of Kung Fu Panda? Maybe you were wondering where to learn the authentic and traditional Chinese Kung Fu. There are many places you can go to, such as the Dengfeng Shaolin Temple, Wudangshan Mountain, etc? But if you are a traveler who only want to experience and learn some classic Martial Arts, these places are a bit remote, not some hot tourist destinations. So we strongly you learn the Kung Fu in Chengdu not only it is the top travel destination, but also a place where some real Kung Fu are taught by great Martial Art masters. Emei Kung Fu, created in Mount Emei, is one of most classic Martial Arts in China. Apart from Emei Kung Fu, there are also some other courses of Tai Chi, Wing Chun, etc. 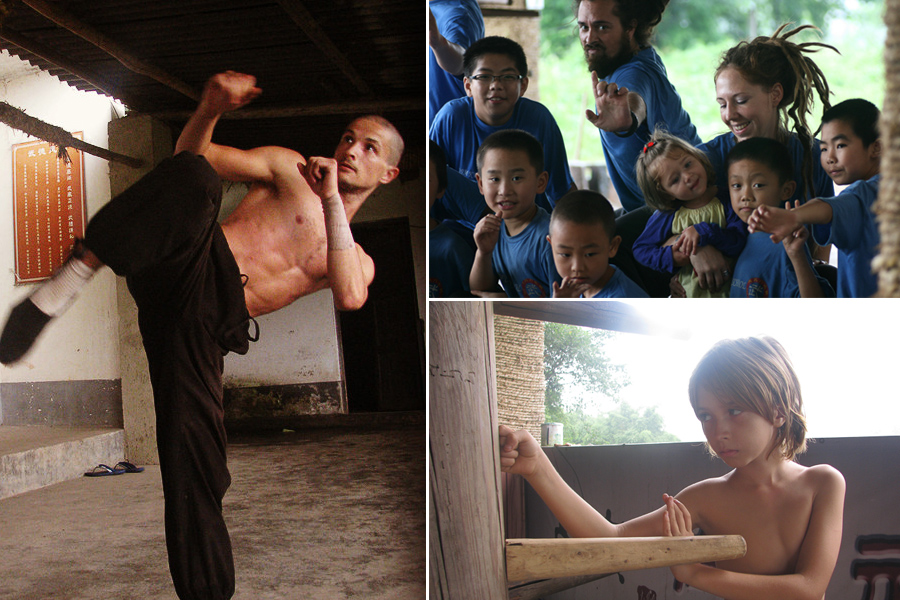 Kungfu Family is a private training and experience center of traditional Chinese Kung Fu. It is located in Ansheng Flower Village, only 15 minutes’ driving from central Chengdu. It is established by famous Martial Art Master Li Quan in 2002, and currently as the only Kung Fu school with English-speaking instruction in Sichuan Province. 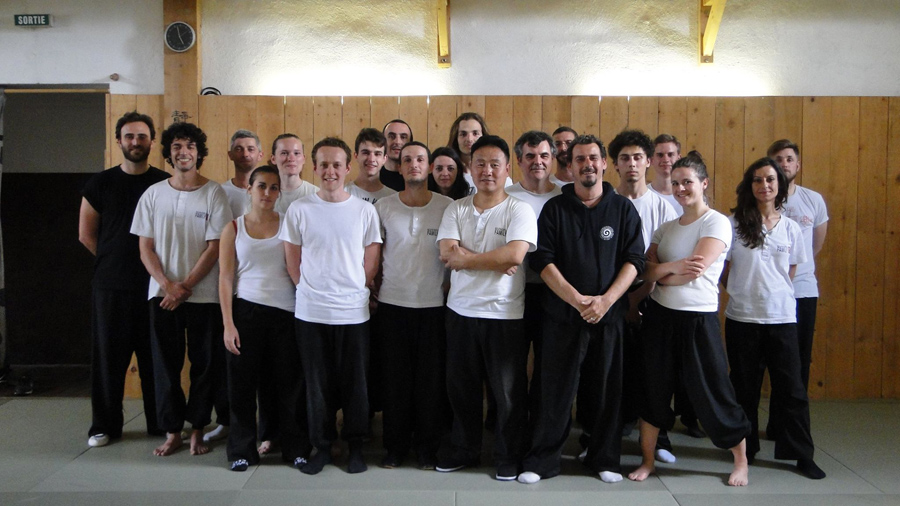 Master Li Quan with His Students

Master Li is a local Sichuanese. He has been studying and teaching Kung Fu for more than 25 years. During his childhood, Li Quan was a crazy fan of Kung Fu, and acquired the basic skills under instruction of his grandfather who used to be a solder. Once in school, he won many “children fights” with Kung Fu. After high school, he attended Chinese Wu Shu Academy at the age of 17. He graduated two years later, and kept on studying Kung Fu in Chinese Gong Fu Research Academy where he also became a professional Martial Art teacher. Later, he became the eighth disciple of great master Dai Kang who was the headmaster of famous Dai Shi Men Wu Shu Institute in Hanyuan. In 2002, he founded Kungfu Family with aim to promote real Chinese Kung Fu to the bigger world. 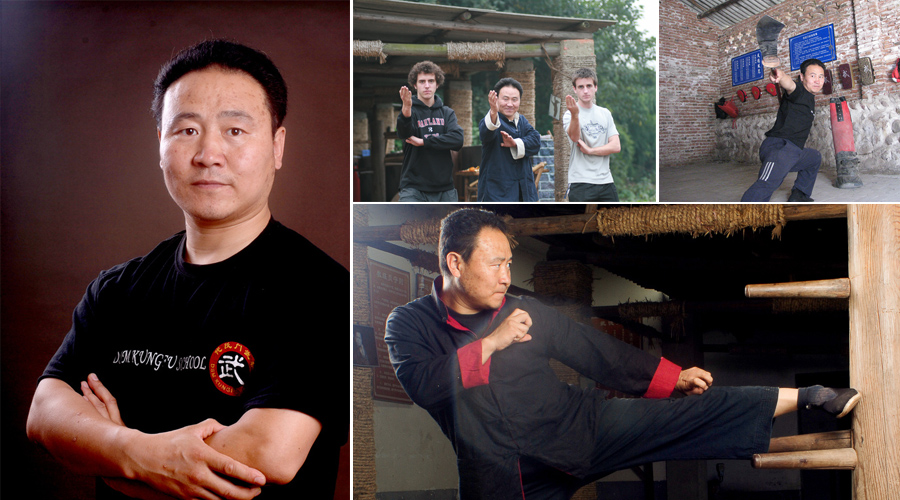 Unlike most Kung Fu teachers in School, Master Li Quan has had many “Real Kung Fu Practices”. He was the Security Liaison of Beijing 2008 Olympics Games responsible for protect the safety of the Holland House and Dutch Prince and Prime. He also was invited to teach Kung Fu for Chinese Police, Airline Security and People’s Liberation Army. During the competition of Chinese Free Combat and Kung Fu Tournament, he won the champion of 78KG Weight Class Combat.

Kungfu Family offers specially designed Martial Art Programs for tourists who want to experience the Kung Fu culture, and learn some basic but useful Kung Fu skills shortly. There is a Half-day Kung Fu Class in which Master Li will first introduce the history, types and features of Chinese Kung Fu, then start to teach you some classic Kong Fu skills. After that comes a simulated actual practice for using each Kong Fu skill. The last part of this program is to learn about the most common weapons used for traditional Chinese Kong Fu. Month Training Camp – one full month to complete intensive courses for theory, skills, weapons. Fixed start only on the 1st of April, June, August and October. Students will accommodate, eat and study in the school for a month.

Mount Emei is believed to be the real origin of Chinese Kung Fu. With a history over 2,300 years, Emei Kung Fu is now one of Three Most Important Chinese Kung Fu Sects (other two are Shaolin Kung Fu and Wudang Kung Fu). China Discovery is honored to co-operate with a master of Emei Kung Fu - Qiao Zhengquan, who is also an inheritor of National Intangible Cultural Heritage of Kung Fu to provide opportunities for Kung Fu lovers to learn about the theory and manners as well as learn to acquire some skill of authentic Emei Kungfu, which will be organized at the beautiful lower area of Mount Emei, usually in a Buddhist temple. After the Kung Fu class, you also have chance to explore the Golden Summit and other highlights of Mount Emei. 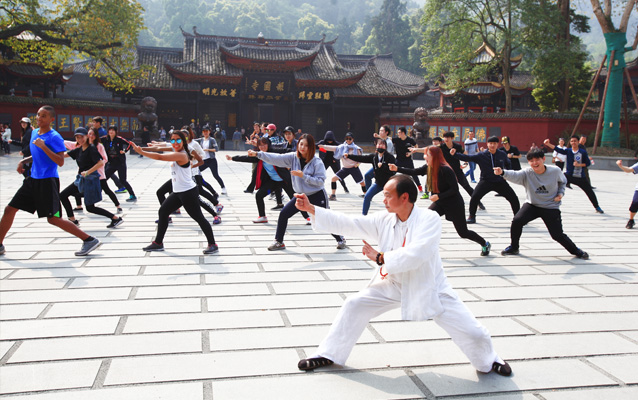