Lying on the junction of Sichuan, Yunnan and Tibet, Batang cradled in the alpine hills of westernmost area of Garze Tibetan Autonomous Prefecture is mainly serving as the farthest stop of a Tibetan Sichuan tour can reach to and also a must-pass gateway of driving further west to Tibet. Tourists downhill from Litang, the “Test Station of Altitude Sickness” in a dizzying elevation of 4,200m, will be rewarded with the purest alpine beauty and culture with less stress of altitude in Batang.

After passing by famous Maoya Grassland, one of top six beautiful grasslands praised by Chinese National Geography, you will be on the land of Batang Town. “Ba” in Tibetan language means the noise that sheep make and “tang” refers to plain. Batang, as it’s name implies, is a grand land of wide grasslands where sheep can be heard from everywhere.

Though Batang is not that popular like other destinations in western Sichuan like Daocheng Yading and Kangding, it still offers great alpine grasslands, snow-mountains and forests in the purest sense to be explored. If you have side trips to Batang, do not miss its top attractions like Mount Genie and Cuopugou National Forest Park. 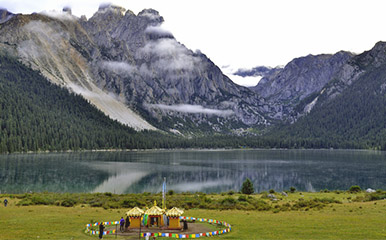 Cuopugou National Park in Batang does not only offer most primitive high-altitude forest and lake landscape, but also the largest group of geothermal hot springs in the whole Sichuan area. Once you are in Cuopugou, you could find mysterious white smoke dancing everywhere there. 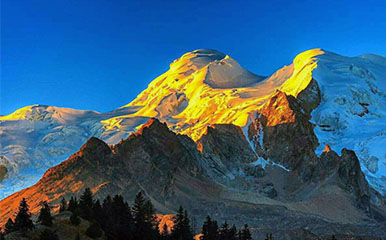 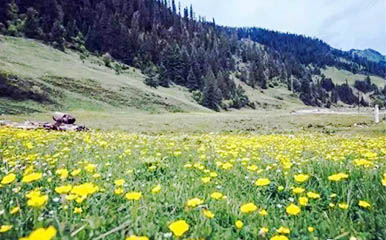 Zhubalong Natural Reserve is mostly famed for the endangered dwarf rock sheep. More than a hundred of dwarf rock sheep are happy inhabited there, in an atmosphere of simple and magnificent natural peace.

Thanks to the close distance to Yunnan and Tibet, Batang is a perfect crucible of minority cultures. The unique cultures and rites become a natural part of the daily life of Batang nomads. Touring Batang gives tourists a taste of coexisting atmosphere of Sichuan, Yunnan and Tibet. Here, you will enjoy their Xuanzi Folk Dance with a history of more than a thousand years, sip Yak Butter Tea, do pilgrimage trekking around the sacred mountains… 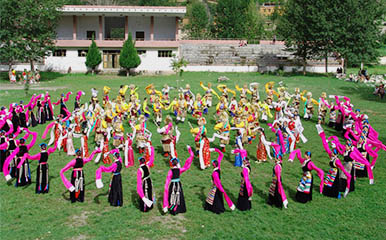 Xuanzi is literally means circle in Tibetan language. Xuanzi Folk Dance is such the style of dance those locals dancing big circles, in the accompaniment of music played by Huqin. Batang people may play Xuanzi Dance after the labor or in some important days like wedding. 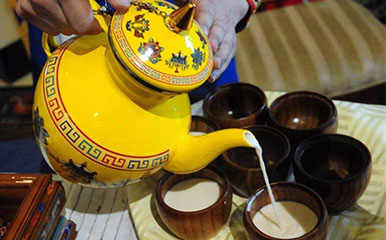 Almost every dish in most of towns and villages in the Western Sichuan region is Yak is yak-based, so dose Batang. If you are going to visit Batang, remember to try their traditional yak means and the Yak Butter Tea. 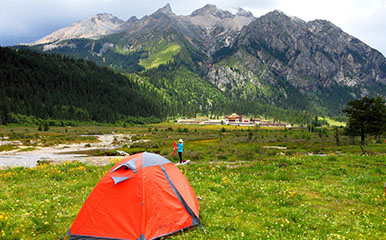 The faithful going to Tibet sometimes make pilgrimage trekking around the mountains of Batang. It is said trekking around a mountain in a loop route is somewhat as a sign of recognition to the gods and praying good wishes from the gods. 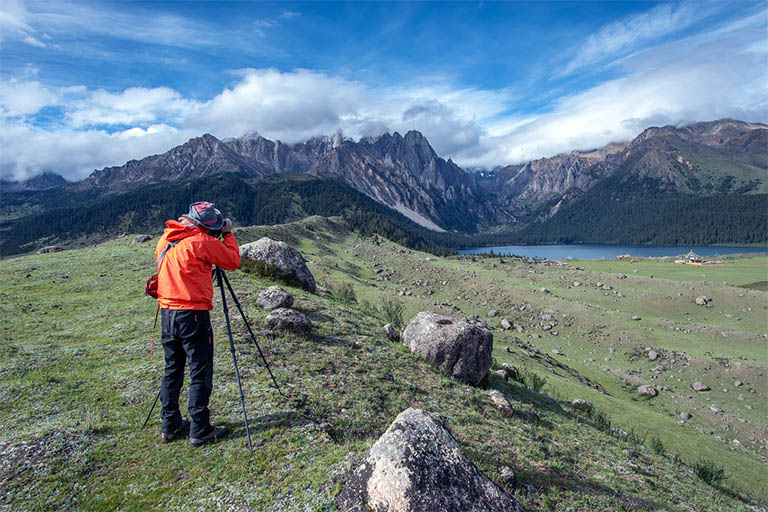 In an elevation of about 2,580m with several hundred up and down, Batang enjoys a complex alpine plateau climate. In the town area of Batang, the temperature rises quickly in spring, with a highest temperature for about 35℃. And its rains seasons usually come from June to September of every year. In winter, Batang will be very cold. The lowest temperature in Batang’s winter may drop to -10℃ and even below that. And the top of mountains in Batang region is caped with perennially snow. The weather may vary with altitude of the mountains rising.

The best time to visit the Western Sichuan area including Batang is usually comes at every June and July. And the autumn months of September and October are also recommended, since there are beautiful autumn colors and the rainy seasons has just ended so that you can avoid muddy roads.

Batang Transportation & How to Get There

Batang in remote area of western Sichuan is far from air routes and rail lines. The closest airport to visit Batang is the Daocheng Yading Airport, which is 283km (4.5 hours) away by car.

At present, tourists prefer driving along the G318 to get to Batang by private car most, along the way they will have stopover tours at Ya'an, Hailuo Valley, Kangding, Xinduqiao and Litang. A small amount of independent tourists also choose to hop on a long-distance coach from Kangding, the capital city of this region. The coach ride needs as long as 9 hours around.

We China Discovery based in Chengdu offer comfortable licensed private vehicle to take you get to Batang and get around the Western Sichuan in speed and safety, companied by our English speaking tour guide and professional driver. Please feel free to let us know if you need private car service!

Batang Accommodation & Where to Stay 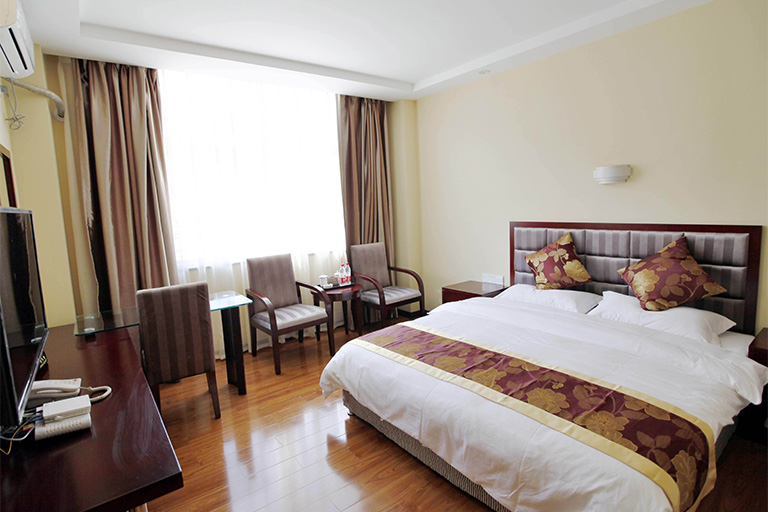 In Batang, its town area is the best place for accommodation. There are about 15 hotels in modern style with an atmosphere of Tibetan for you to choose at Batang Town, which are in 2-star and 3-star with basic but comfortable facilities like bed, shower, parking lot, etc.

If you are heading to Cuopugou National Forest Park, you are suggested to choose a hotel near the scenic area, since it is one hour away from Batang Town by car.

Altitude Sickness: To help you avoid or relieve the high altitude sickness, drink some Rhodiola rosea at least one week before visiting Batang. Drink enough water and sleep well!

Wearing: It is necessary to take enough thick sweaters, thick coats, waterproof clothes, scarves, gloves and antiskid hiking shoes in spring, autumn and winter season. Long-sleeves coats are still recommended in summer. Sun block, sunglasses, hats, lip balm, and so on are suggested for all seasons.

Want more map information to know the location of Batang, Western Sichuan, Tibet and Yunnan? Here we offer you useful English Batang Western Sichuan Map to help you have a better understanding! 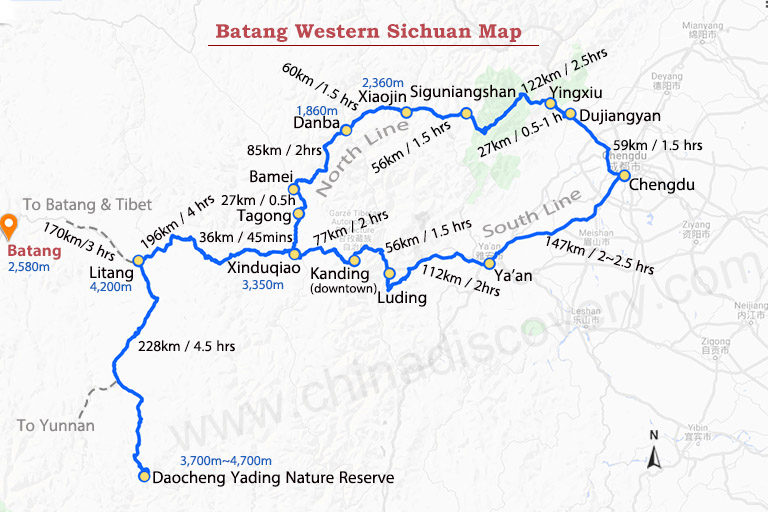 Other Destinations in Western Sichuan

With sublime snow-capped mountains, sacred Tibetan monasteries, and spectacular valleys to be visited, Western Sichuan offers remarkable surprises similar to the Tibet. However, a tour to Western Sichuan is much easier for foreigners when compared with Tibet, because it allows tourists to get rid of filling paperwork for entering.

Besides Batang, there are 15+ amazing tourist destinations in the Western Sichuan region well worth your visit. And here, we would recommend you the top 4 places hot chosen by our customers, including Daocheng Yading, Mount Siguniang, Danba and Kangding.

Sichuan is wonderful province full of amazing natural sites, cultural heritages and also adorable pandas! Chengdu, the capital of Sichuan Province, is usually the first stop of touring Sichuan. Having a date with cute pandas in Chengdu Panda Base is the best way to make a start. Beyond the pandas, trying a taste of slow-paced lifestyle in this city is also a happy experience. Besides Chengdu, Sichuan also provides fairy-like Jiuzhai National Park, Grand Leshan Giant Buddha, magnificent Dujiangyan Irrigation System, etc. to explore! Discover now!

If you are fond of nature very much, why not discover the terrific sceneries of more scenic destinations in China, such as Guilin, Zhangjiajie, Huangshan, Yunnan, etc. to satisfy your eyes and mind to the most. Check the detailed travel guide of each destination and start your nature exploration! 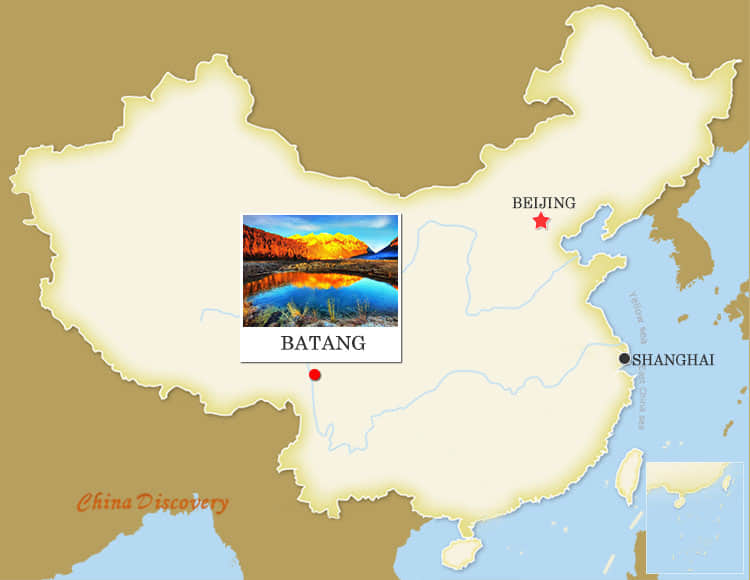 How to Plan a Batang Tour

Batang is usually chosen as a side trip destination for tourists coming to explore the grand Western Sichuan or go further west to Tibet from Chengdu.

Normally, travelers spend about 1 day and night in Batang before or after the visiting of Litang at a dizzying elevation of 4,200m. During that day, they spend leisure hours in the grasslands dotted with lazy yaks, horses and alpine flowers. Some hiker lovers may take another half-day or one day to do trekking in the national parks and mountains.

Want to add Batang into your own Tibetan Sichuan tour? Please feel free to contact us to customize your personal trip according to your budget, interest and physical fitness! 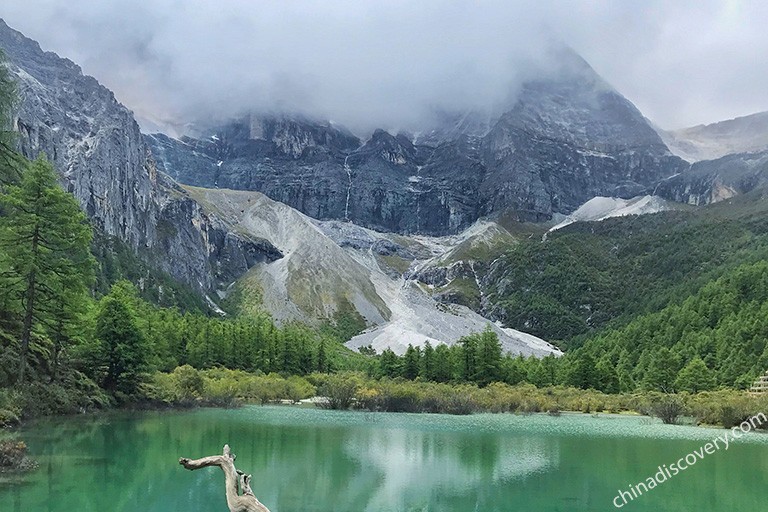 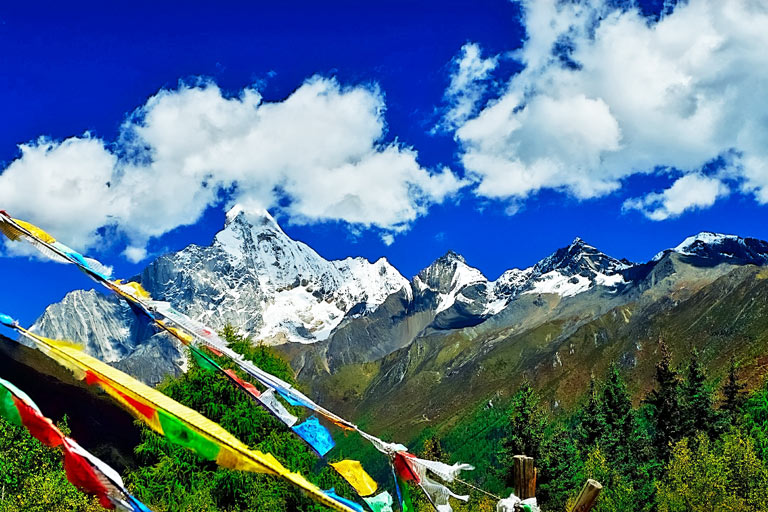