Shanxi is known for its merchants, namely Jin merchants and the numerous family compounds of them. Although they are not like the exquisite and graceful gardens in Suzhou, these family compounds have integrated the magnificence, tradition, and features of the northern Chinese architecture. Among these family compounds, the most representative ones are Qiao's Family Compound and Wang's Family Compound. They are closely located to the north and south sides of Pingyao Ancient City respectively. When you travel to Pingyao ancient city, do not miss the family compound there. Which one is better for visiting, Wang’s or Qiao’s? The following comparisons may be helpful on making your travel decisions.

Which One Has A Cheaper Entrance Fee?

So far (Aug, 2020), the entrance fee of Wang's Family Compound is much cheaper than Qiao's. 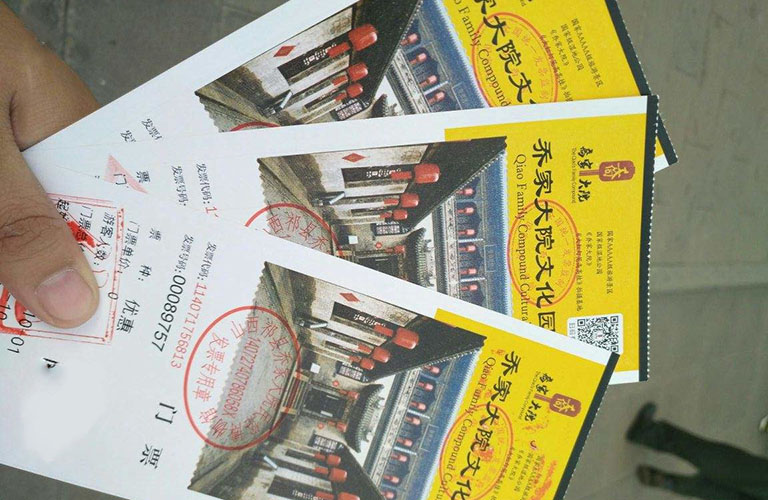 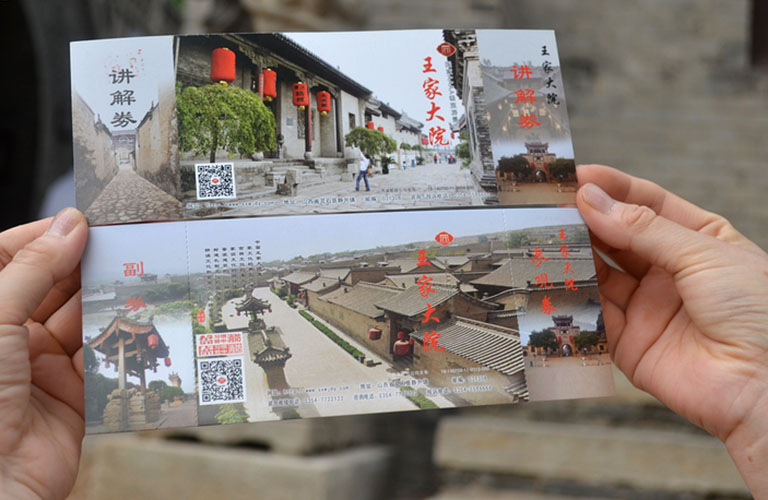 Which One Has A Larger Scale?

During the Yuan, Ming and Qing Dynasties, Wang's family has built five lanes, six castles, five ancestral halls, and a commercial street, with a total area of 250,000 square meters. At present, Hengzhen castle and Shilu castle, which are open to the public, were built in the Qianlong and Jiaqing years of the Qing Dynasty, with a total of 45,000 square meters, 123 courtyards, and 1,118 houses. The real floor space of the Wangs' family compound is 100,000 square meters, even larger than that of the Forbidden City. Therefore, it is also known as the “Forbidden Palace” of civilians in Shanxi Province! However, Qiao's Family Compound, with a total area of 8,725 square meters, has six large yards, 20 small courtyards and 313 houses. It is about one-sixth of the current opening area of Wang's Family Compound. 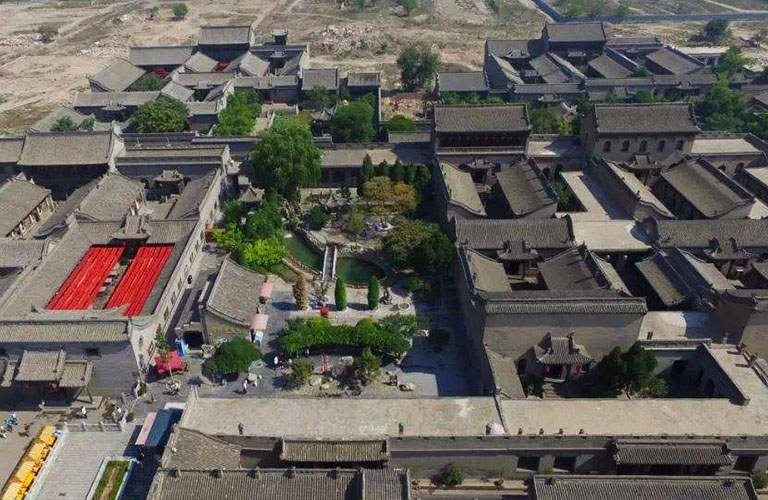 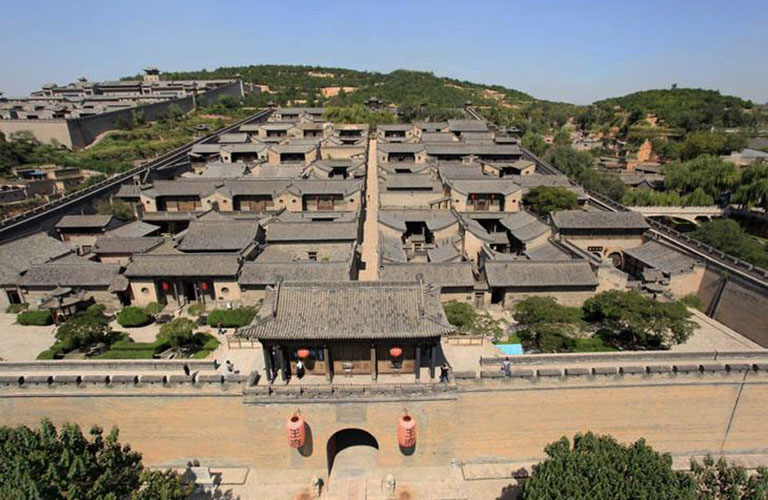 Which One Is More Famous?

Qiao's Family Compound, is the residence of Qiao Zhiyong, one of the representatives of Shanxi Jin merchants. Qiao's courtyard is much smaller than Wang's but more delicate than Wang's in many ways. The popular movie "Raise the Red Lantern" directed by Zhang Yimou and "Qiao's Family Compound" as well as many other well-known TV dramas have won the great fame of Qiao’s family compound attached with Shanxi Jin merchants. If you are a fan of the movie or interested in the legendary life of Qiao Zhiyong, do not miss Qiao’s family compound.

Though it is not that Famous as Qiao’s family compound, Wang's Family Compound also attracted a large number of tourists and become a popular destination in recent years for its large scale, especially among the local Shanxi people. 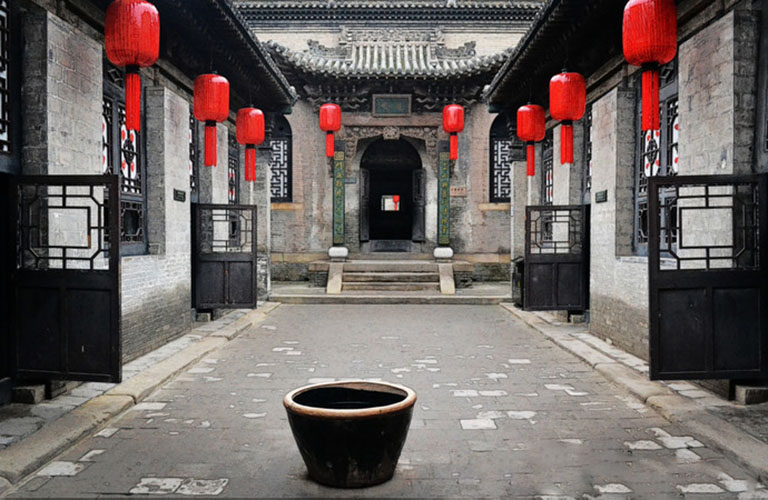 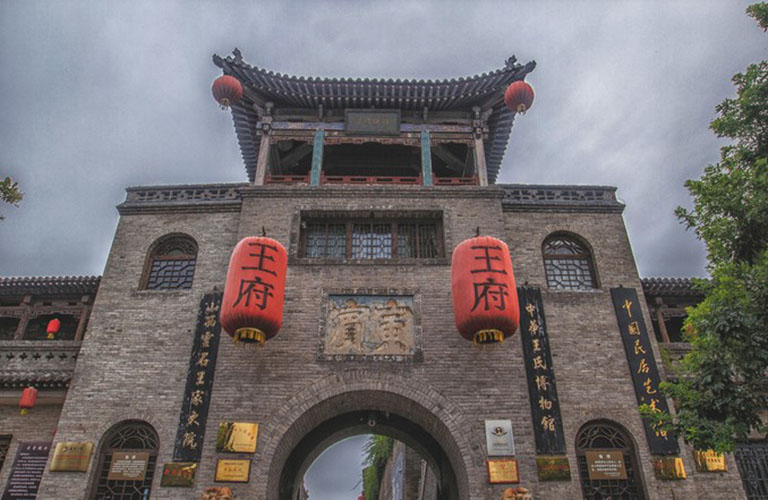 Which One Has A Longer History?

The Wangs' family compound is a residence for government officials for many years in Shanxi Province. Enduring more than 300 years, it was expanded by Wang Shi and his descendants. The Wang family flourished for more than 450 years and these buildings started from the Wanli period of the Ming Dynasty to the Jiaqing period, so they are typical architectural styles of the Ming and Qing Dynasties. While Qiao’s family flourished for more than 200 years, and its architecture continued from the Qianlong period of the Qing Dynasty to the Republic of China, and a large number of European styled decorations were integrated into the architecture. 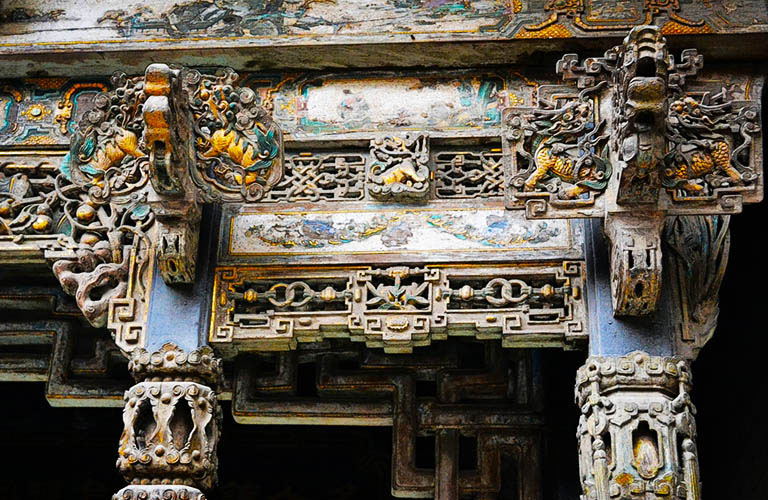 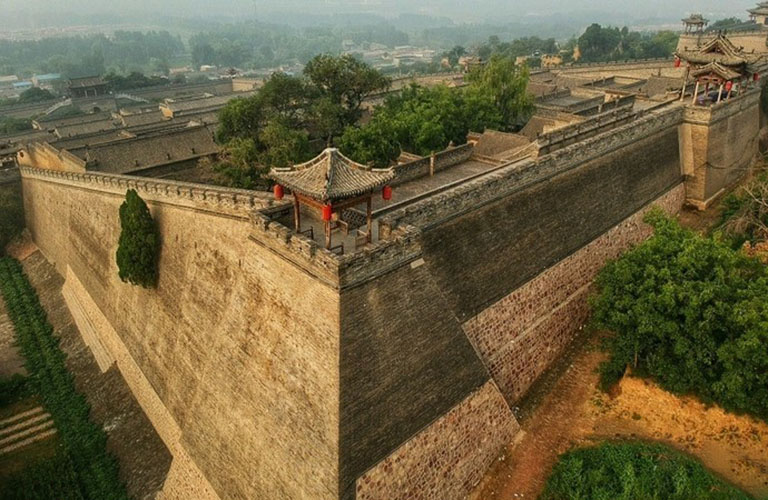 Different Layout of Each Family Compound

Qiao's courtyard is located on the Pingchuan River as a whole. It is a castle-like building facing the street on all sides. Looking down from the sky, it looks like a Chinese character "囍", which means happiness. The overall building of Wang's courtyard is built along the mountain. In winter, the north wall can block the cold northwest wind. In summer, due to the high terrain, the southeast wind is strong and cool. Moreover, there are natural gullies all around, so it protects itself from the enemy. Hengzhen castle, also known as Hongmenbao, which is now open to the public, with the layout of the Chinese character "王" (Wang)， integrates family name into the building，wishing the future generations can keep their ancestral heritage and where the family is rooted. 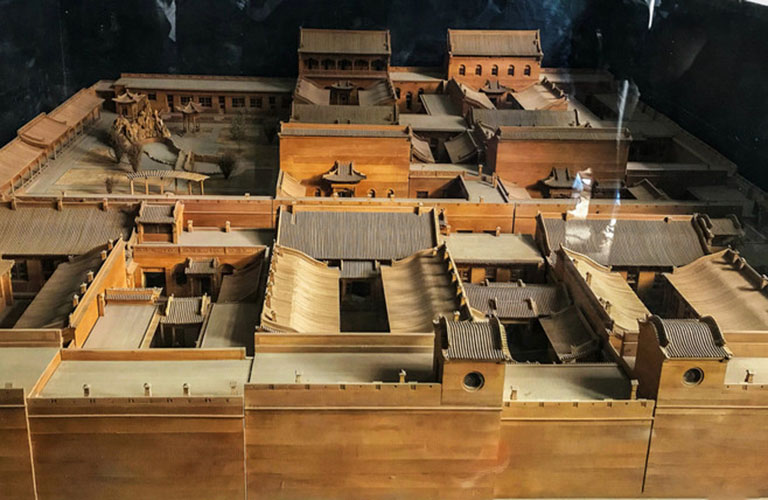 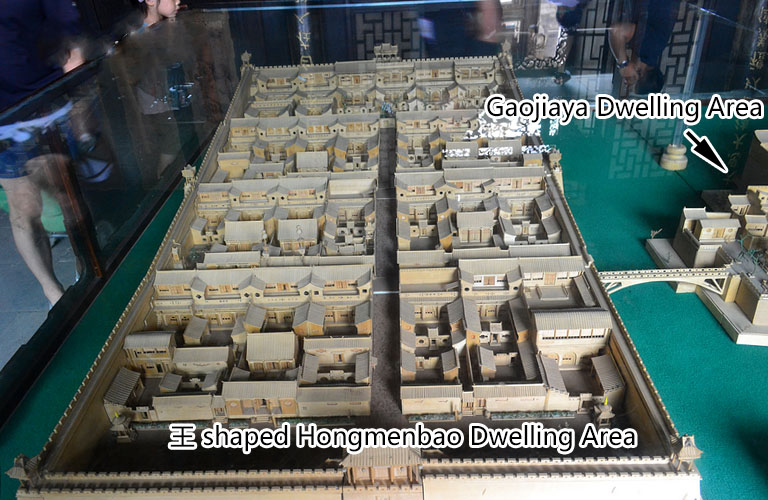 Different Highlights to See in Each Compound

The old family compound of Qiao adopts the traditional patterns of five inner rooms and three outer chambers. That is, the main rooms and wing rooms of the inner courtyard are all five, while the outer courtyard has three rooms, which is a typical local residential architectural form. Although the main building in the backyard is built in the Qing Dynasty, it is of the Ming Dynasty style. The upstairs is a unified building with only windows and no doors. Qiao’s family compound has become a folk custom museum, which mainly displays the folk customs in central Shanxi province.

While the internal pattern of the Wangs' family compound follows the style of the front hall and the back bedroom which has been formed since the Western Zhou Dynasty. The main body of the courtyard is a courtyard with three entrances, and two sides of the backyard are sided buildings, and the second floor of the front is the ancestral hall. Wang's Family Compound relies on the folk art museum, focusing on the Chinese carving arts. 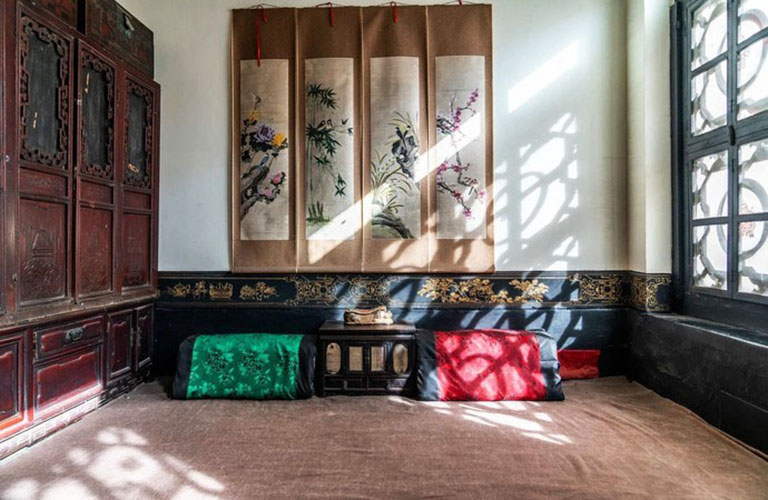 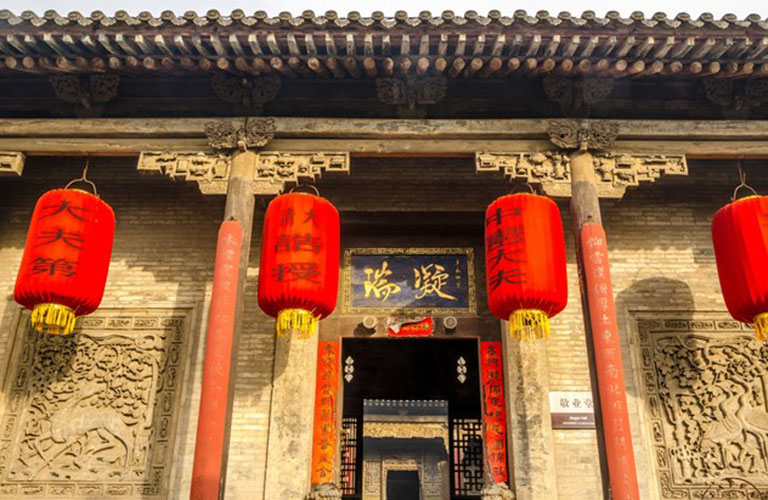 Although both the Wang’s and the Qiao’s families started their careers in business, the Wangs began to enter the officialdom since the early Qing Dynasty. There were 101 officials from grade 5 to grade 2 (top grade), and gradually formed this large-scale official residence, while the Qiao family has been doing business all the time, laying the foundation for the formation of China's modern banking system. The Qiao family compound is also famous for Qiao Zhiyong's legendary life, but there are not many family descendants who became officials. The only record is during the reign of Emperor Guangxu of the Qing Dynasty. Eight foreign power allied forces attacked Beijing, Empress Dowager Cixi fled to the West. When passing through Shanxi, the Qiao’s family generously offered 20,0000 taels of silver and was granted a second-grade official. Therefore, in terms of architectural-grade, the Wang family’s compound was an official residence, while Qiao’s family compound was a civilian residence. 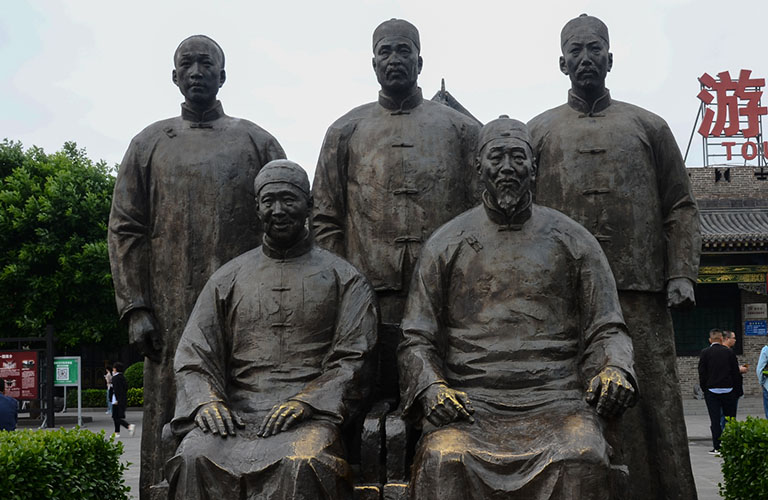 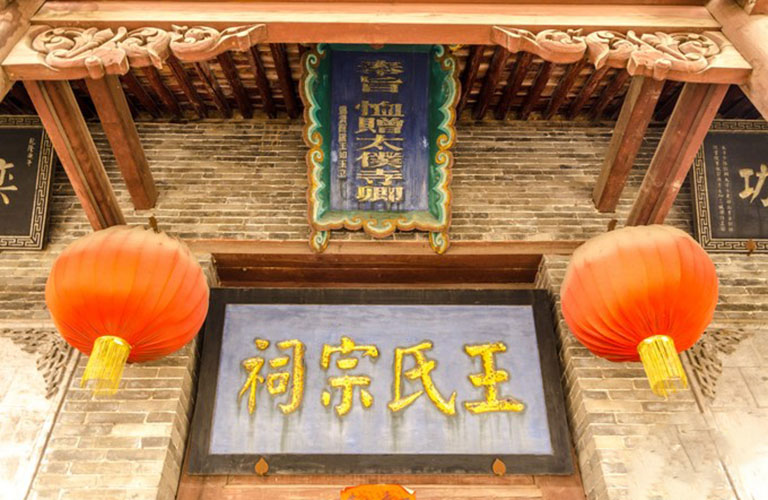 Which One Is Easier to Reach?

From Pingyao to Wang/Qiao Family Compound

From Taiyuan to Wang/Qiao Family Compound

Travelers usually take Pingyao ancient city as the transferring center to the surrounding family compounds. The Qiao’s family compound is about 50km to the north of the ancient city, while Wang’s is about 60km to the south. Outside the north gate of Pingyao Ancient City, Pingyao bus station serves multiple buses to the two sites, and the fare and duration are about the same, while the frequency of buses to the Qiao's is more often than those to the Wang's. If you start your trip from Taiyuan, the distance to Qiao's Family Compound will be much shorter. Also, it is fast and convenient to take a bus/car to Wang's. In addition to taking buses and cars, you can also choose to take the high-speed rail to get to the nearest railway station of the two family compounds, namely Qixian East Railway Station (16km to Qiao's Family Compound), and Lingshi East Railway Station (6km to Wang’s family compound). 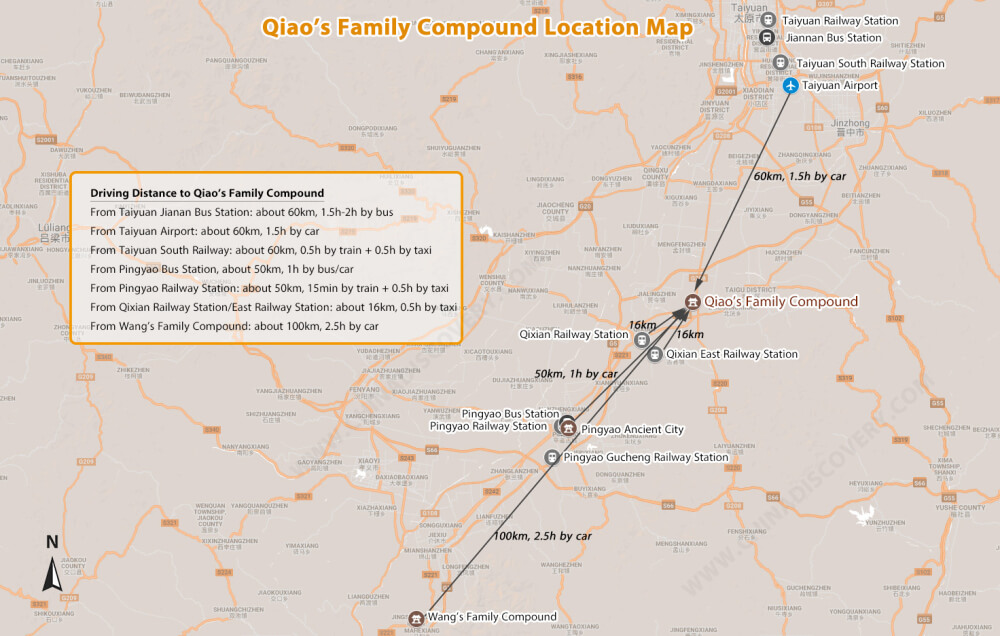 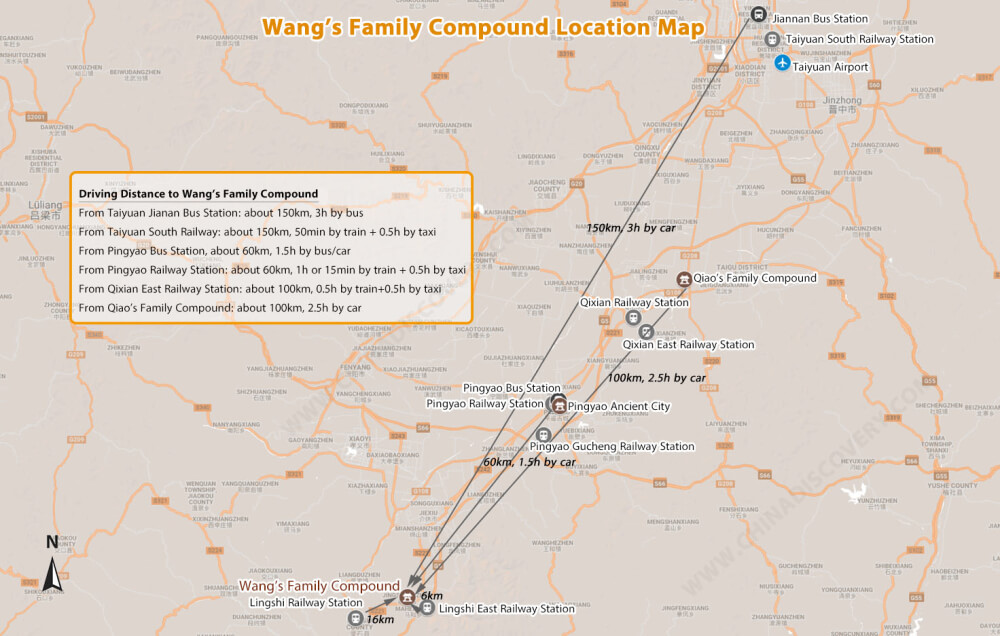 To sum up, Wang's Family Compound is grander, less expensive, and less crowded, while Qiao's is more compact, delicate, and famous. If you would like to visit one from Taiyuan, you can go to Qiao's courtyard along your way to Pingyao; if you start your trip from Pingyao, Wang's is more representative and cost-effective; If you have enough time, visit both of them!


How to Plan Your Pingyao Tour

Located between Wang's Family Compound and Qiao's Family Compound, Pingyao is noted for the World Heritage Site - Pingyao Ancient City. It is well-preserved, keeping the architecture style of the Ming and Qing Dynasty (14th-20th centuries). Most people will choose to visit them both. You can leisurely stroll and get to learn about the traditions of the northern Chinese, especially during the Chinese Spring Festival. Usually, 2 to 3 days are enough for you to explore the attractions in Pingyao, including scenic sites and ancient streets of Pingyao Ancient City, Qiao's Family Compound, Shuanglin Temple, etc.