Why Our Shanxi Tours

How to Get to & around Shanxi

As a landlocked tourist region in Northwest China, Shanxi is normally the second stop for a China tour. Travelers often get to an international hub in China first, such as Beijing, Shanghai, Guangzhou, Xian, and then transfer to Shanxi by domestic flight or train. Getting to Shanxi by road from nearby cities is not as popular as the air and train travel. The capital city Taiyuan is usually chosen as the arrival city as well as transfer city to other destinations in Shanxi, such as Pingyao, Datong, Wutaishan (Mount Wutai), etc. Located between Beijing and Xian and well connected by high-speed railway, Shanxi is also popularly visited with Beijing and Xian by tourists. When talking about the transportation in Shanxi, it mainly refers to how to get to and around the top sites like Taiyuan, Datong (Yungang Grottoes), Pingyao (Pingyao Ancient City), Wutaishan (Famous Buddhist Mountain), etc.

Get to Shanxi by Air

Taking a flight is the fastest and most comfortable way to get to Shanxi. So far (Aug 2020), there are 7 airports serving different cities in Shanxi. Among them, Taiyuan Wuxu Airport, Datong Yungang Airport, Xinzhou Wutaishan Airport, are the 3 most popular airports among tourists, and only Taiyuan Wuxu Airport is the international airport in Shanxi. Besides, there are also many other smaller airports in Shanxi serving cities in Yuncheng, Linfen, Changzhi, and Lvliang.

It serves tourists to Mount Wutai and Xinzhou City. At present, tourists can take non-stop flights to Wutaishan from Shanghai, Chengdu, Nanjing, and Hangzhou and over 10 Chinese cities. Air travel is normally within 3 hours. Flights departing from Shanghai, Nanjing are scheduled daily while others are weekly. If you want to fly from Beijing to Wutaishan, there are frequent connecting flights available daily, which takes at least 7 hours. Please note that once arrived, air travelers still need to spend 2 hours driving to Wutaishan from the airport.

As for sightseeing in Changzhi and Yuncheng, flights are available in these two cities. Changzhi Wangcun Airport has direct flights to Beijing, Shanghai, Guangzhou, Chengdu, Xi’an, and Datong. While, Yuncheng Guangong Airport has flights to Guangzhou, Taiyuan, Shenzhen, and Tianjin and has become the aviation center of the southwest region of Jin. 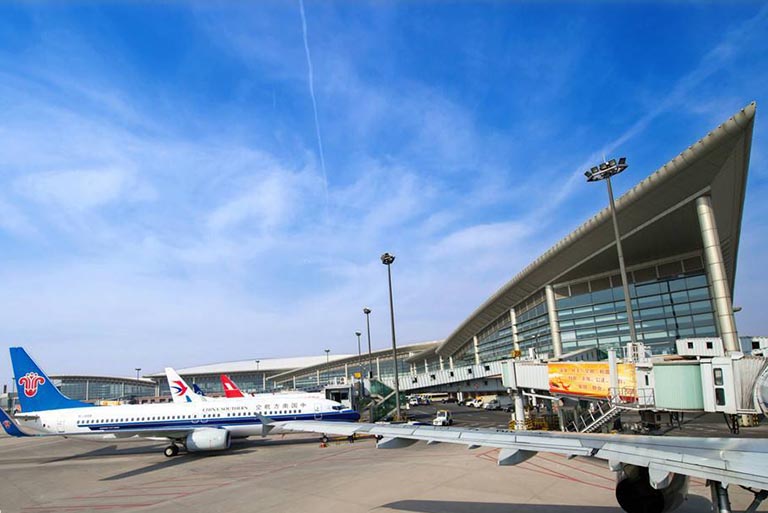 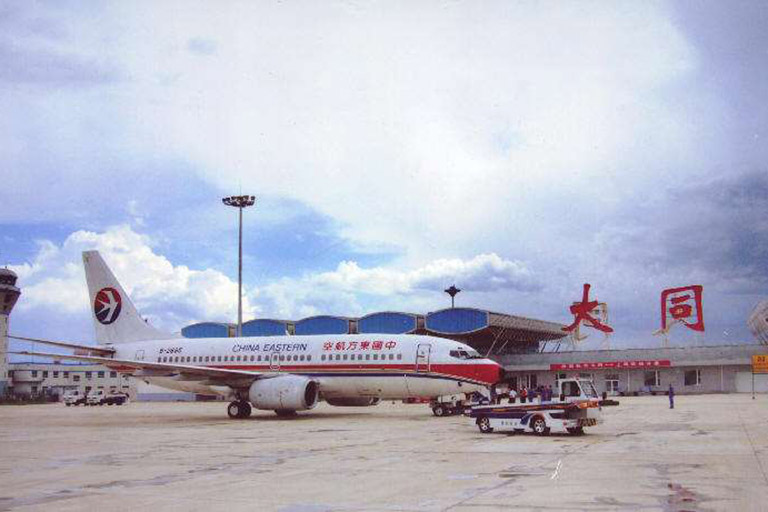 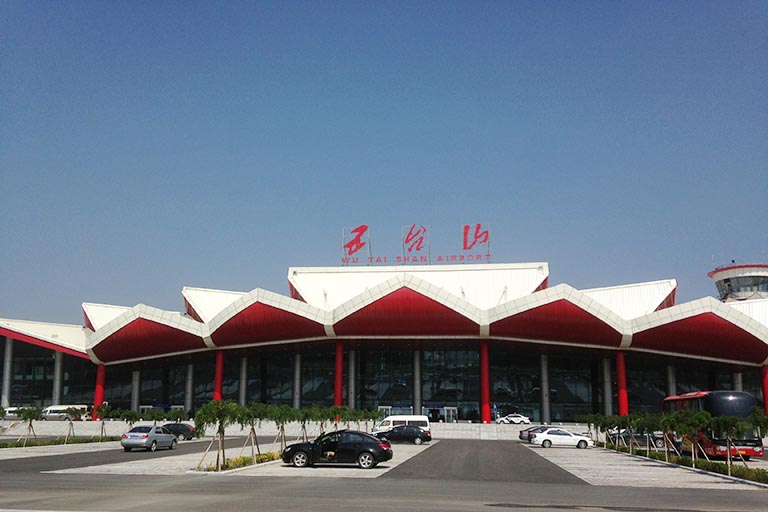 Get to Shanxi by Train

Thanks to the well-connected high-speed railway network, Shanxi can be reached from most cities in China by train, which makes it a very important connection between northern and southwestern China, and between eastern and northwestern China. If you are making a long-distance journey or want to try a bullet train experience in China, train travel can be a unique experience.

Only about 350km away from Beijing, Datong can be reached by high-speed bullet train within about 3 hours, and the Datong Xian High-Speed Railway was fully opened in 2019 and it takes only 6-6.5 hours traveling from Datong to ancient capital Xian. Meanwhile, you can take a 2.5 hours bullet train from Datong to visit Taiyuan, and 3-3.5 hours to visit Pingyao in Shanxi. Besides getting to Beijing, Xian and the cities of Shanxi, from the capital of Shanxi, Taiyuan, you can also take the high-speed train to Hohhot and Beijing in the north, to Shijiazhuang and Qingdao in the east, to Lanzhou, Xining in the northwest, and to Chengdu and Chongqing in the southeast, etc.

Get to Taiyuan by Train

• Useful Links: How to Get to Taiyuan | Taiyuan Railway Stations 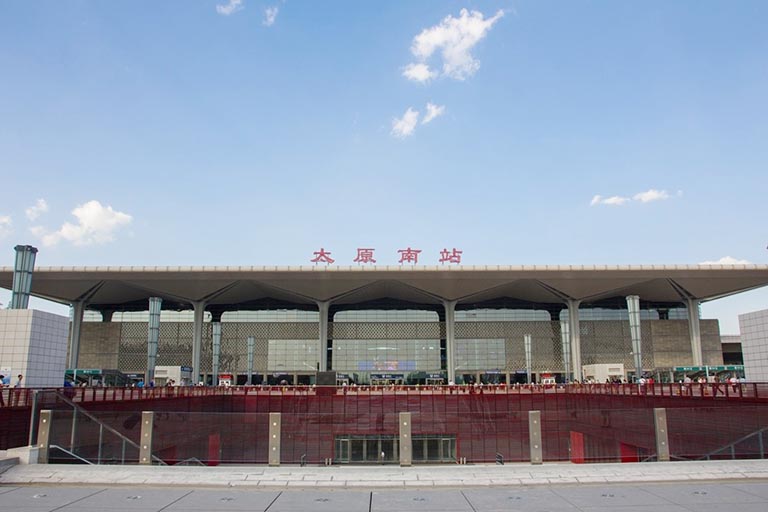 Get to Datong by Train

• Useful Links: How to Get to Datong | Datong Railway Stations 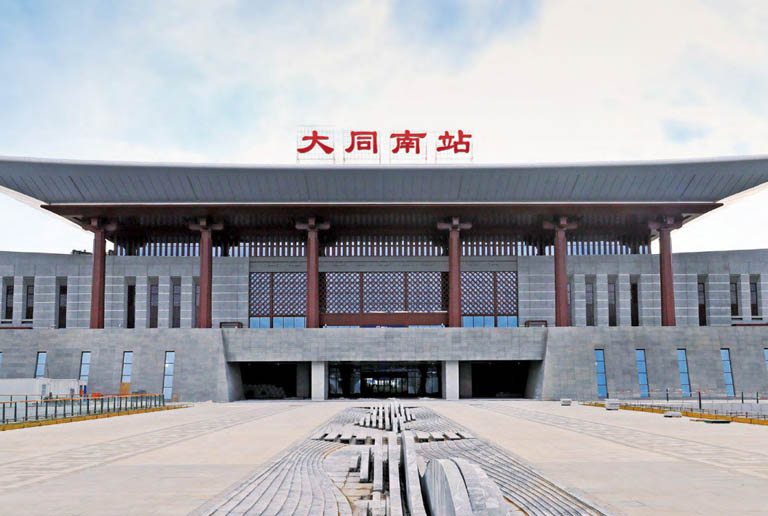 Get to Pingyao by Train

• Useful Links: How to Get to Pingyao | Pingyao Railway Stations

Get to Wutaishan by Train 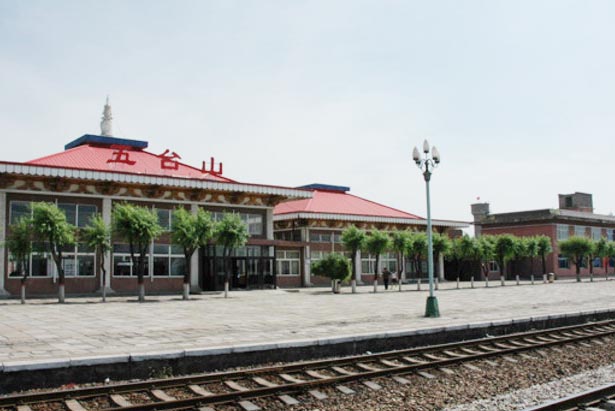 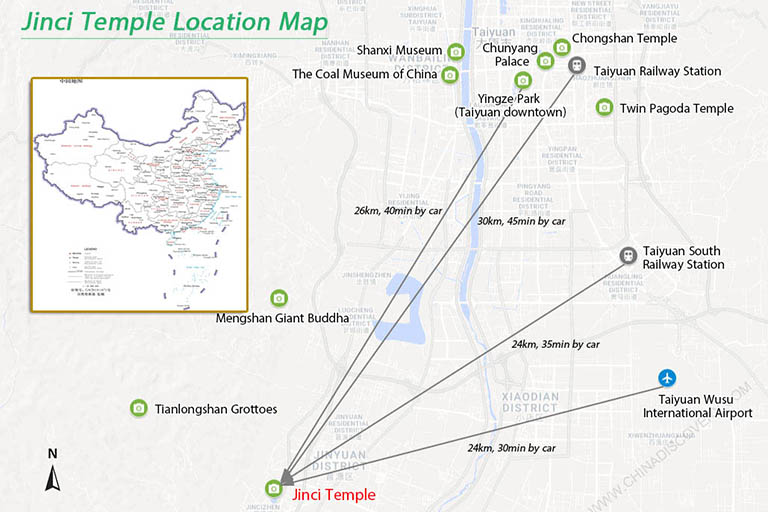 Get to Hanging Temple: Hanging Temple is in Hunyuan County, Datong, Shanxi (山西省大同市浑源县). It is a little far from downtown, about 80 km, nearly 1.5h by car. The most convenient way to get there for independent travelers is to charter a car. The bus is also available, but it can only take you to the bus station in Hunyun County and you still need to take a taxi to the temple. >>More about how to get to Hanging Temple 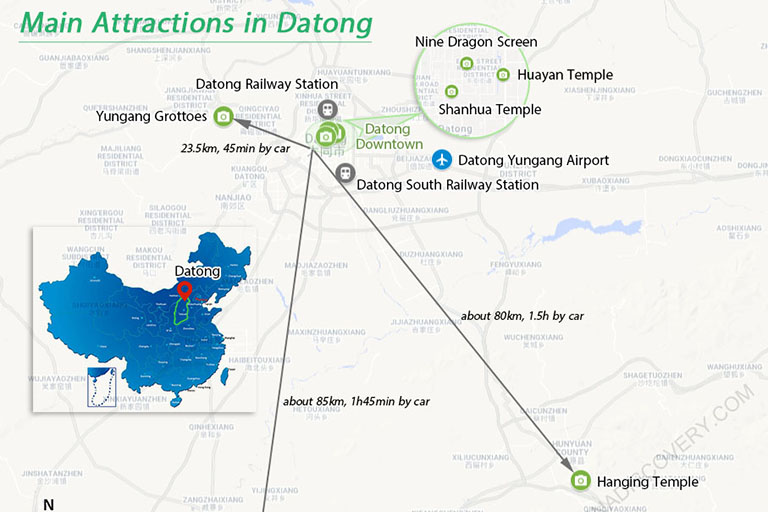 With two train stations, Pingyao is easily accessible by train. Pingyao Railway Station and Pingyao Bus Station are right next to the ancient city wall, while Pingyao Gucheng Railway Station (Pingyao Ancient City Railway Station) is a high-speed train station (about 10km to the ancient city), serving trains from Beijing, Xian, Taiyuan, etc. The nearest airport is about 100km away from Pingyao, namely Taiyuan Airport. On your way to Pingyao from Taiyuan, you can also visit the famous Qiao's family compound or head to Wang's family compound after your Pingyao trip. Besides traveling Pingyao alone, you are recommended to visit other places in Shanxi, such as Datong, Mt Wutai, Hukou Waterfall, etc. >>More about how to get around Pingyao 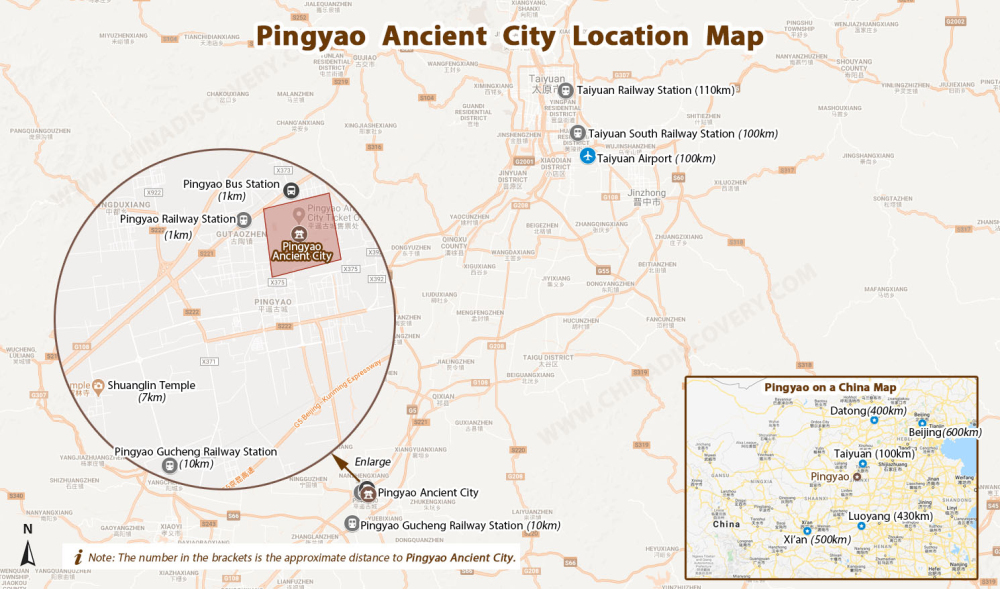 Get Around Wutaishan (Mount Wutai)

Mount Wutai is a huge scenic area consisting of five terraces and 47 Buddhist temples. Travelers often get to the core site - Taihuai Town first and then begin the Wutaishan tour from the temples around the town. Hikers can trek among all temples and spots, while regular tourists are recommended to take a tourist bus to save time and energy for sightseeing more. You can easily walk to visit some famous and top temples around, such as Wuye Temple, Tayuan Temple, Xiantong Temple, Dailupding Temple, Pusading Temple, etc. There are also several local buses and tourist buses running among the tourist center, the terraces, landmark hotels, and main temples. To reach the peak - Dailuoding temple, you choose to hike all the way up, take a cable car, or ride a horse.>>how to get around Wutaishan 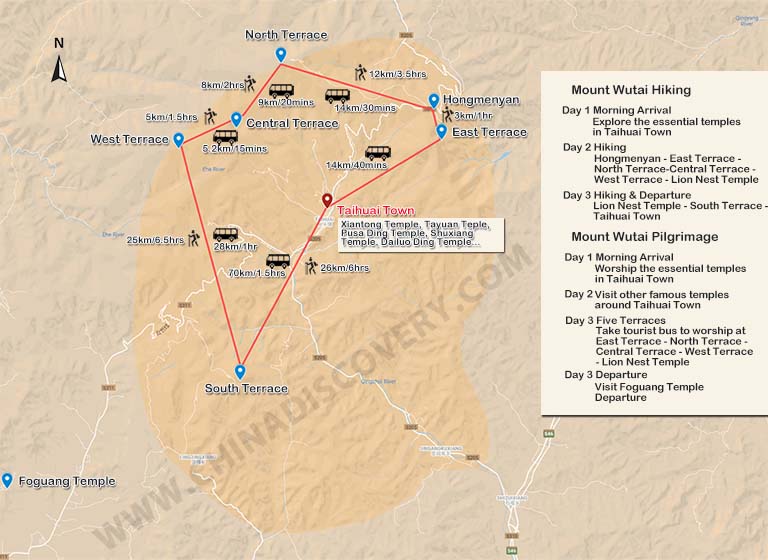 How to Plan a Shanxi Tour

How to Get to Shanxi: Take flight to Taiyuan Airport, Wutaishan Airport, or take high speed trains to Datong, Pingyao, Taiyuan, Linfen…

Shanxi is an excellent region to explore different treasures of ancient China. Depending on your itinerary, you can either spend 2 days visiting one destination only or take more time, maybe 1 week to cover major highlights in Shanxi, touring Datong, Pingyao, Mount Wutai and Hukou Waterfall in one single trip.

Most tourists tend to spend 4 days touring two top destinations of Shanxi, such as Datong and Pingyao, Datong and Mount Wutai. If you want to take an in-depth Shanxi tour with more attractions and experience some interesting local activities, 6 days is enough for a combined trip to Datong, Mount Wutai, Pingyao and Taiyuan while 7 days is suitable with extra trip to Hukou Waterfall.

Want to extend trip longer with other parts of China? Then, Beijing and Xian are the two most recommended places to travel with Shanxi. Also, you can explore famous destinations in neighboring provinces, like Luoyang, Zhengzhou, or get to Shanghai and other Chinese cities. If you plan to have a short side trip to Shanxi from Beijing, or Xian, you can spare 2 days to visit one destination as well. China Discovery is always prepared to offer you the best Shanxi tours and customized service for a satisfied itinerary based on your requirement. 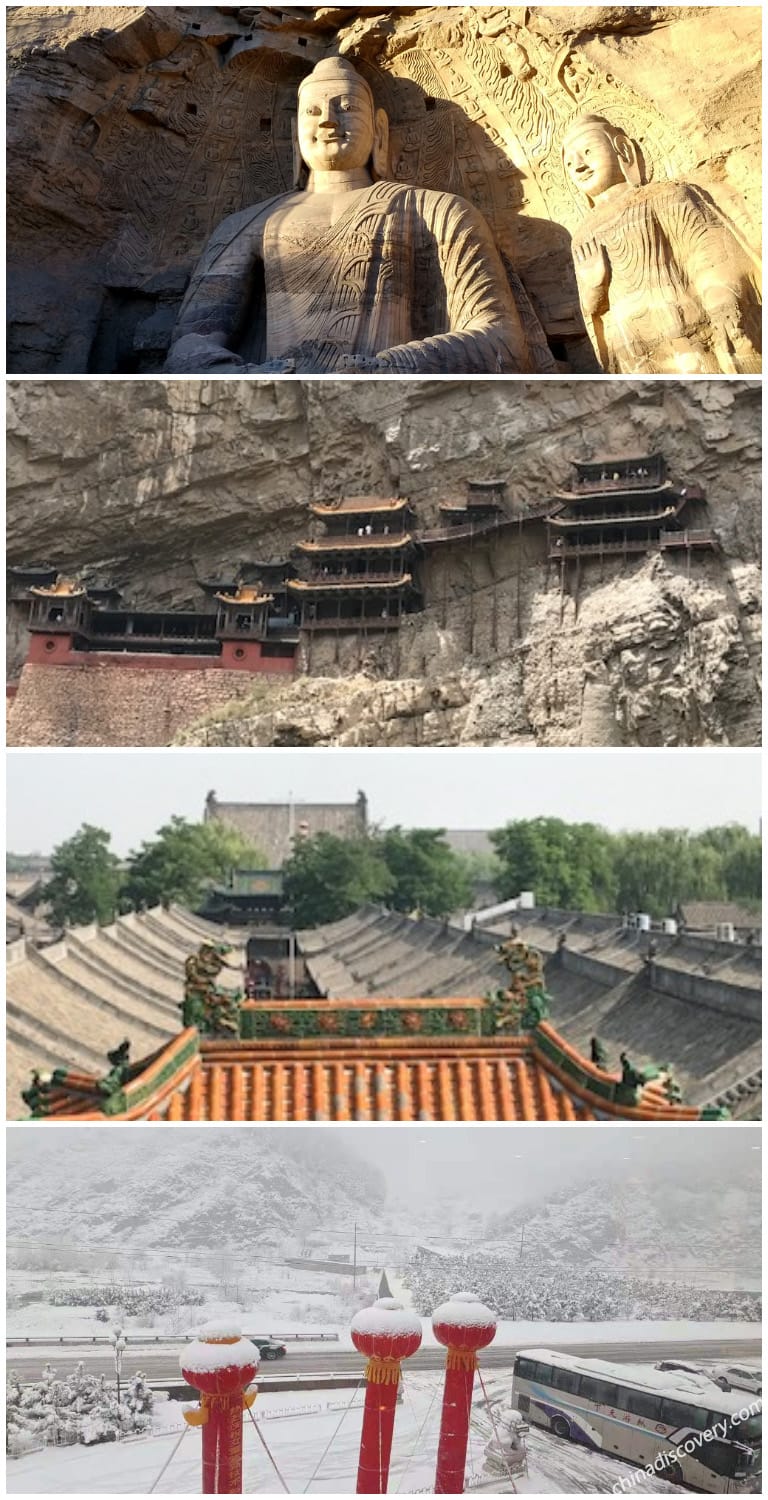 China Discovery is an experienced, professional and a reliable travel companion devoted to offering high-quality and the best tour services for all travelers to China. In order to have a hassle-free travel and focus on the trip itself, it’s highly recommended travelling with China Discovery. So, you can enjoy convenient airport pick-up and drop-off service and transportation to all scenic spots in a safe, clean, comfortable, air-conditioned and non-smoking vehicle. Also, we will arrange knowledgeable local tour guide, excellent accommodation and dining arrangements to ensure you rest well and get better understanding of local culture. You may select a favorite from our most popular Shanxi Tours or contact us to design a unique itinerary according to your personal time and preference.

We have helped many global travelers enjoy their memorable wonderful trips to Shanxi for the past few years. Among them, a sweet couple from the UK traveled with us and spent 21 Happy Days in Datong, Pingyao, Mount Wutai, Xi'an and 5 Other Cities in Northern China, and shared us their special travel story!

Top 3 Shanxi tours chosen by most customers to explore Shanxi in the best way. Check the detailed itinerary, or tailor your own trip now with us. 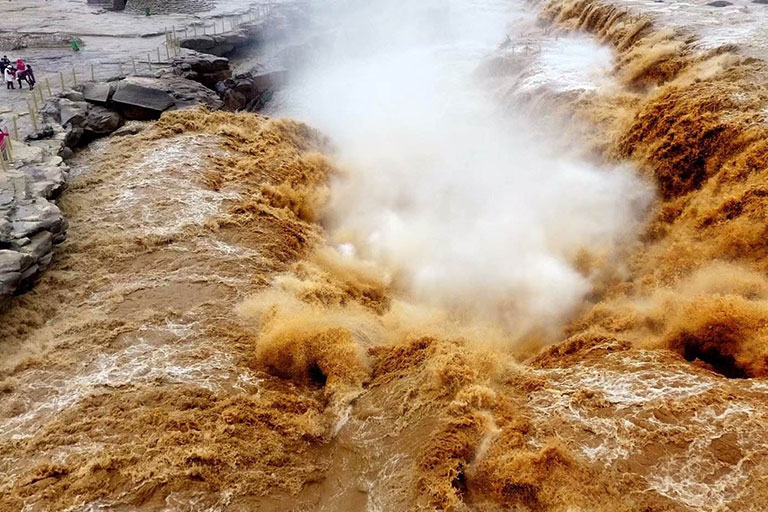