You are here: Home » China Travel Guide » Destinations » Shanxi » Things to Do in Shanxi

Why Our Shanxi Tours

Shanxi is one of the birthplaces of Chinese civilization and one of the main representatives of the thick Yellow River culture. It is full of cultural heritage and natural wonders. There are 452 national important cultural relics in Shanxi Province, ranking the No. 1 in China. Yungang Grottoes (Datong), Pingyao Ancient City and Wutaishan are listed as UNESCO World cultural heritage Sites.

Located in the middle of the Yellow River Basin and with the mountainous area over than 80% of the total area of the province, Shanxi is never short of natural wonders. Hengshan Mountain, one of the Five Chinese Mountains, is a national-level scenic spot. Mianshan, with a pleasant climate, has been summer resort since ancient times. Hukou Waterfall of the Yellow River is world’s largest yellow waterfall and the second largest waterfall in China after Huangguoshu Waterfall. Pangquangou, Luyashan, Lishan, Yangcheng Manghe… so many beautiful places go to.

Generally speaking, if you visit Shanxi for the first time, you are advised to visit Datong, Pingyao, and Mount Wutaishan first which are the top 3 Shanxi destinations. If your time allows, extend your trip to Hukou Waterfall, Taiyuan. If you have already visited all above destinations, you can go to Yuncheng, Jincheng and Changchi to discover something new. 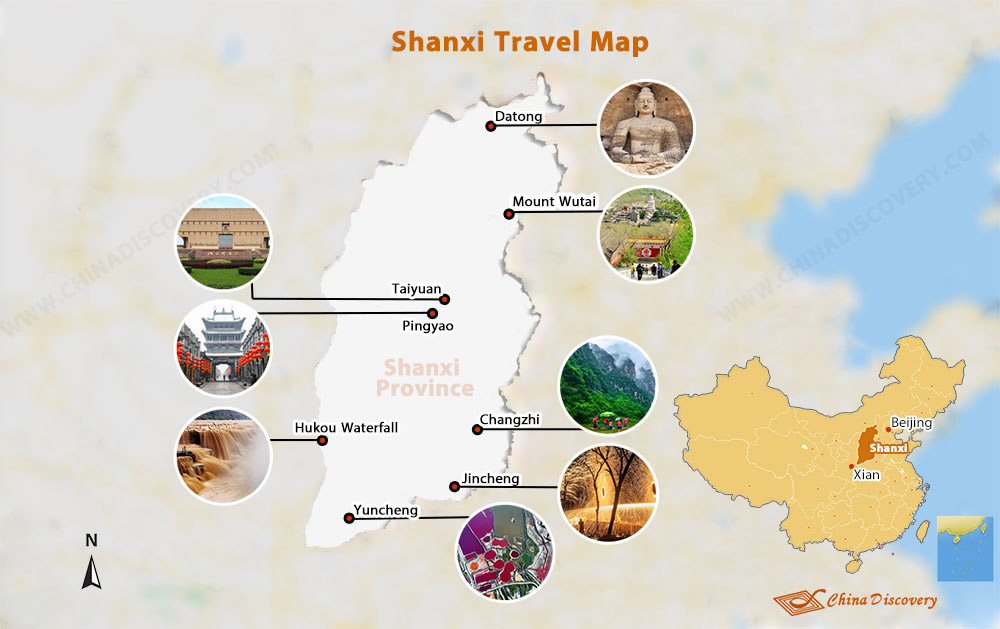 Top 9 Places to Visit in Shanxi Province (Click to Enlarge) 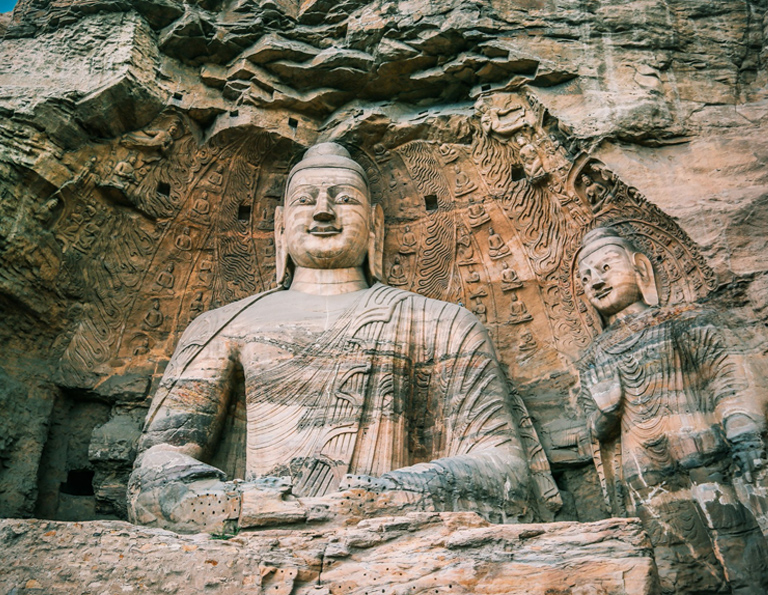 Location: in the north of Shanxi, 280 km from Taiyuan

Most visitors head to Datong for the Yungang Grottoes. It is a collection of shallow caves located 16 km west of Datong. There are over 50,000 carved images and statues of Buddhas and bodhisattvas within these grottoes, ranging from 4 centimeters to 7 meters tall. Most of these icons are around 1000 years old.

Within the city itself, there are a few surviving sites of historical interest such as the Nine-Dragon Wall, the Huayan Monastery, and the Shanhua Temple. Further afield is the Hanging Temple built into a cliff face near Mount Heng. It is also worth your time stopping to see Yingxian Wooden Pagoda which is 75 km south of Datong. 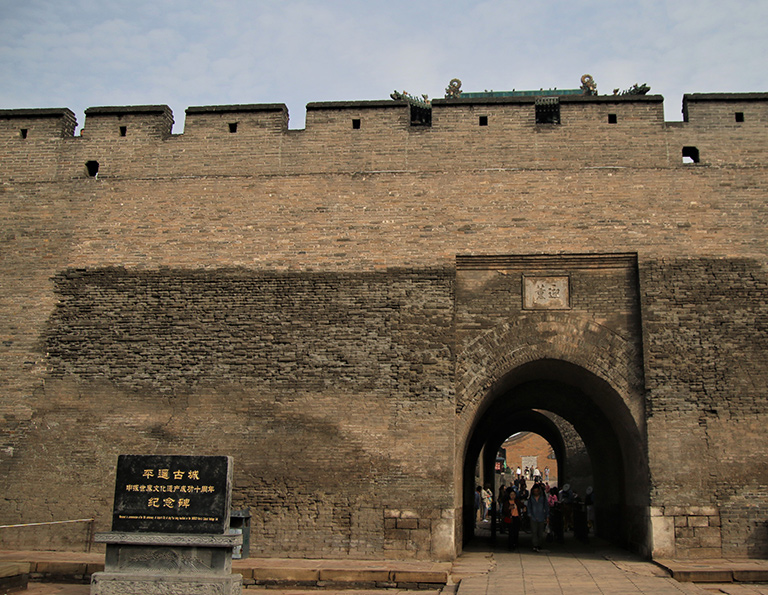 Location: in the central of Shanxi, 80 km from Taiyuan

Pingyao, with a history of 2700 years, is now renowned for its well-preserved ancient city wall and is a UNESCO World Heritage Site.

Pingyao still remains its city layout from the Ming and Qing Dynasties, conforming to a typical bagua pattern. More than 300 sites in or near the city have ancient ruins. Within the ancient city, you could walk on the ancient city walls; visit Rishengchang Exchange House, Ancient Government Office, China Escort Agency, The Temple of City God; wander along Ming and Qing Dynasties Street. Out of the ancient city, pay a visit to Shuanglin Temple, Qiao’s Family Compound, Wang’s Family Compound, Zhengbi Ancient Village etc. 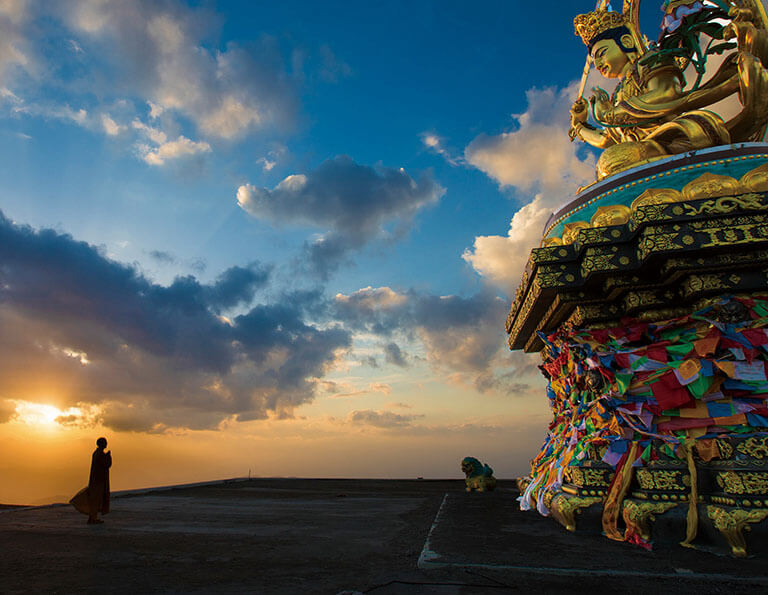 Location: in the northeast of Shanxi, 240 km from Taiyuan

Mount Wutai, the first of the Four Sacred Mountains in China, is the home to the Bodhisattva of Wisdom, Manjusri or Wenshu in Chinese. Called “Clear and Cool Mountain”, Mount Wutai is the only mountain in China mentioned in Buddhist Scriptures. It has a long relationship with Tibetan Buddhism. And now, there are 47 Buddhist temples in the area of Mount Wutai.

The five terrace-like peaks of Mount Wutai stand in a ring and separate the mountain area into the outer and inner Wutain. The East Peak is called Wanghaifeng (for sunrise), West Peak called Guayuefeng, North Peak called Yedoufeng, South Peak known as Jinxiufeng and Central Peak called Cuiyanfeng. If energy permits, it is good to view scenery and historical sites of all the five peaks. 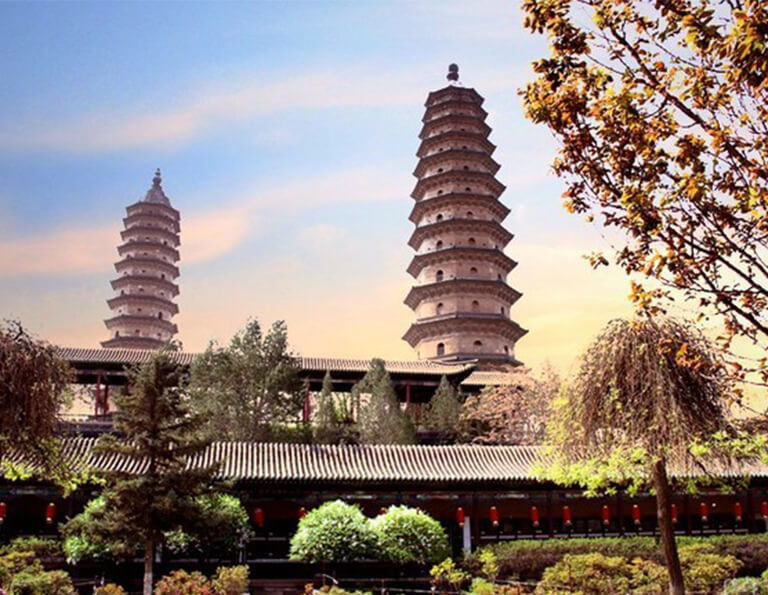 Location: in the central of Shanxi

Taiyuan is the capital of Shanxi province. It is served as a transportation hub in Shanxi and a common stopover between Mount Wutai and Pingyao. Known as the “City of Dragon”, Taiyuan has mnay places to go like temples, museums, parks, grottoes, etc. 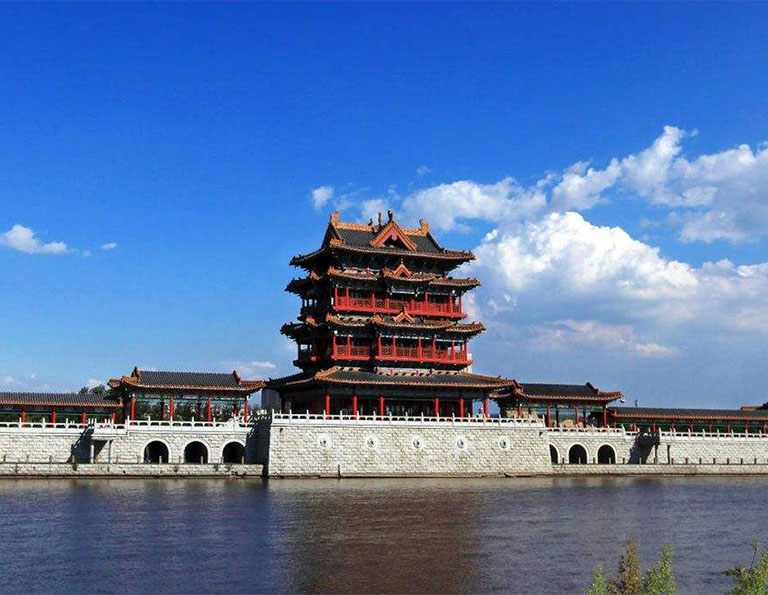 Location: in the south of Shanxi, 270 km from Taiyuan

Linfen is home to several notable tourist attractions including the Hukou Waterfall, the second largest waterfall in China and the largest on the legendary Yellow River. Hukou Waterfall is located 150 km west of Linfen city in Jinshan Gorge. It is claimed that this is “the only yellow waterfall in the world”. 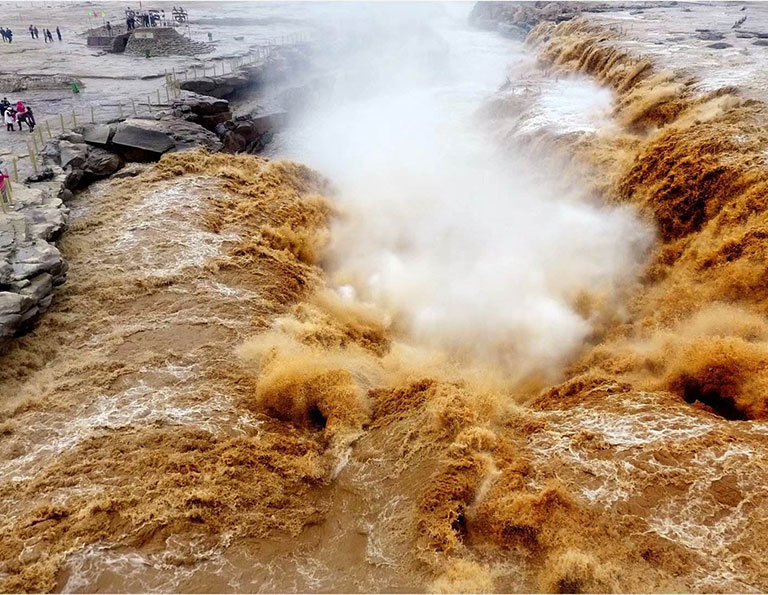 Honored as the wonder on the Yellow River,Hukou Waterfall is a hot scenic spot with spectacular gorges, splendid Loess Plateau, and ancient villages, which shows a natural landscape of Yellow River Basin as well as luxuriant sedimentation of history and culture, and gives you a visual impact and stimulates your boundless imagination.

Hukou Waterfall is one of the most extraordinary waterfalls in the world. Standing by the Yellow River, you will be shocked by the crashing waves and thundering waterfalls, as if the Yellow River is howling and surging with its indomitable momentum. In fact, the magnificent Yellow River always symbolizes the spirit of unyielding Chinese People in many literatures and television works. 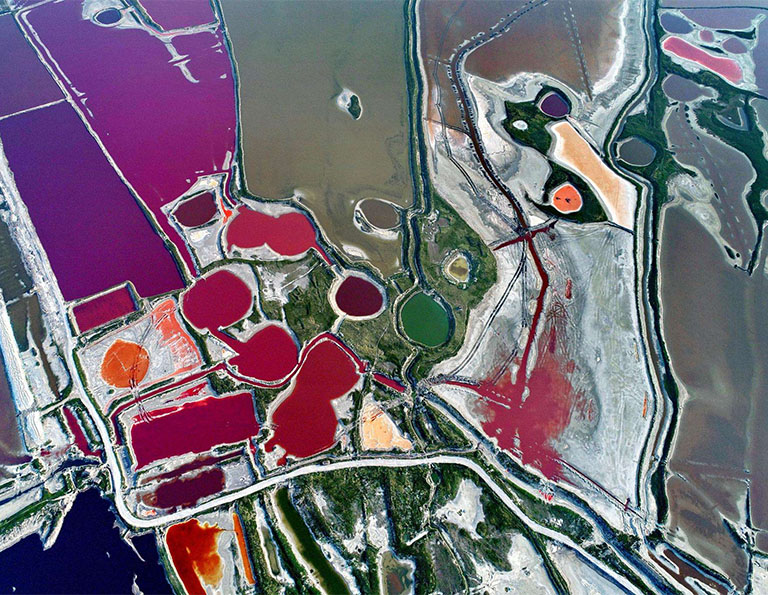 Location: in the southernmost of Shanxi, 421 km from Taiyuan

Yuncheng borders Henan and Shaanxi province to the south and west. If you come to Yuncheng, you could honor GuanYu in the Temple of Guanyu in Xiezhou, enjoy the romantic story of Gui Yingying and Zhang Sheng, appreciate the fabulous murals of Yuan Dynasty in Yongle Palace. Furthermore, more amazing beauties wait for you here. 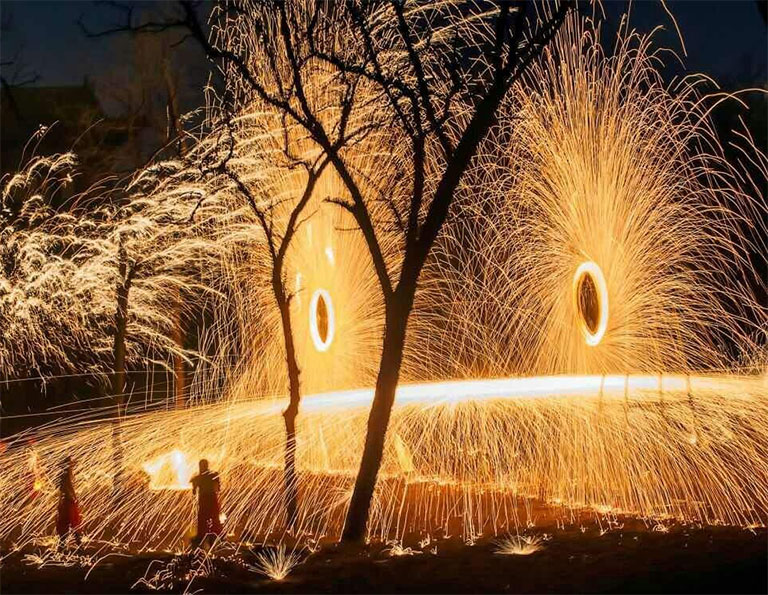 Location: in the southeastern of Shanxi, 307 km from Taiyuan

Jincheng, called Zezhou in ancient times, is one of the early developed areas in China and is one of the cradles of the brilliant Chinese culture. It is rich in natural resources and has given birth to a great number of celebrities in Chinese history.

In Jincheng, visit a castle-like building complex, which used to be the residence of premier of Qing Dynasty - Chen Tingjing. It is named a Huangcheng Xiangfu - the Imperial Residence of the Premier. The glory of Chen Family lies to its cultural contribution to Chinese civilization. Other scenic spots include Jade Emperor Temple, Dai Temple and Manghe Macque National Reserve etc. 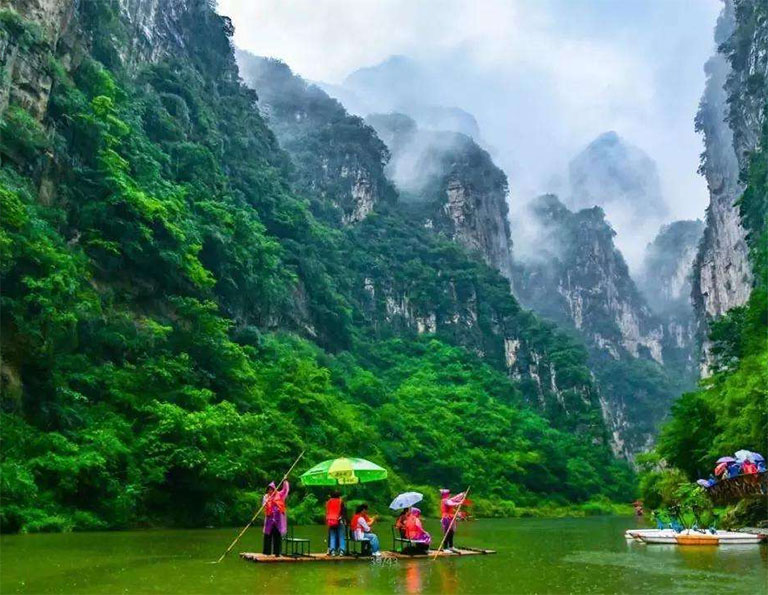 Location: in the southeastern of Shanxi, 240 km from Taiyuan

Changzhi the name was gained in the Ming Dynasty, symbolizing long-term peace and stability. It is like a pearl on Mount Taihang with grand mountains, beautiful rivers, brilliant cultures and a long history, which appeals to the great people.