How to Get to & around Pingyao

Known for its ancient walled scenic sites, Pingyao is an enduring city with many historic relics and traditional architecture wonders. It can be easily reached with one normal train station and one high-speed train station, and Taiyuan Airport is only about 100km to it. Besides just traveling Pingyao, many visitors would have a trip from Pingyao to cities like Beijing, Xian, Datong, Luoyang, etc.

Located in the central Shanxi province in China, Pingyao County is an inland county with railways and expressways to many other cities. It is not far away from Beijing and Xian, and very close to Shanxi’s capital city, Taiyuan. It is about 600km to Beijing, 500km to Xian.

Get to Pingyao by Train

It is a small railway station located not far away outside the West Gate of the ancient county, every day only a few trains to and from Beijing, Xian, Chengdu, Tianjin, and Chongqing stop over there. Most of the normal trains from Beijing and Xian to Pingyao Railway Station are overnight trains.

Pingyao Ancient City Railway Station, also known as Pingyao Gucheng Railway Station, has been put into use since 2014. It is a stop-over station for high-speed trains from Taiyuan, Beijing, Xian, Jinan, Chongqing, etc.

Get to Pingyao by Flight

Travelers can not take a flight to Pingyao directly for there is no airport, and the nearest airport is in Taiyuan, Taiyuan Wusu Airport, which operates over 50 flights to most of the cities in China. It is only about 18km to the Taiyuan downtown area, about 100km away from Pingyao ancient city.

For our customers, your local guide will meet you at Taiyuan Airport and take you to Pingyao ancient town by private car. If you travel on your own, you can need to take a long-distance coach from Taiyuan Passenger Station to Pingyao Ancient County (1.5-2 hours' transfer), or take a city bus to Taiyuan Railway Station/Taiyuan South Railway Station and take a train to Pingyao. 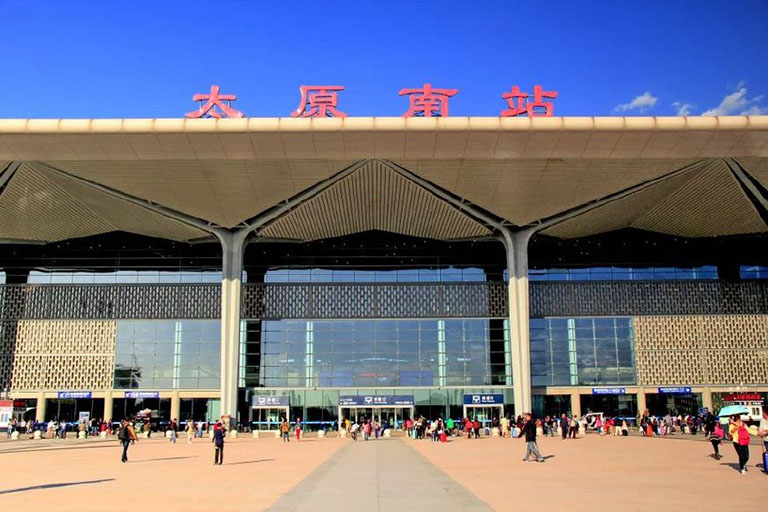 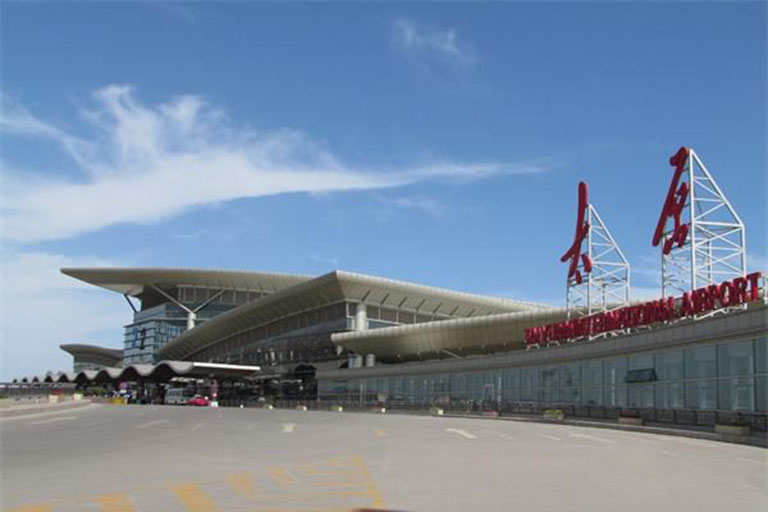 Useful Link: How to Travel from Taiyuan to Pingyao

Useful Links: Beijing Pingyao Tours / How to Travel from Beijing to Pingyao

Useful Link: How to Travel from Xian to Pingyao

Both located in the same province, Datong is in the north of Shanxi, while Pingyao is in the south. There is no direct bus running between them for the long distance. The only way to get from Datong to Pingyao directly is to take a train. You can either take a high-speed bullet D train from Datong South Railway Station or a normal K train from Datong Railway Station. The high-speed train takes about 3-3.5 hours to reach Pingyao, while the normal trains take over 7 hours.

Luoyang is about 400km away from Pingyao. There is no direct flight to reach one city from the other. Also, since the two scenic cities are located in different provinces, there is no direct bus transferring between them, and direct high-speed rails have not opened yet. Except for driving from Luoyang to Pingyao, the only way is to take an overnight K train from Luoyang Railway Station to Pingyao Railway Station and the duration is about 10 hours.

How to Get around Pingyao

▶ By Taxi: In Pingyao City, taxi charges vary according to vehicle type. The starting price of most ordinary cars is CNY 6 within 3km; Driving more than 3km, additional CNY 1 needs to be paid for every extra 1km. From 21:00 to 5:00 of the next day is night driving time, and another 50% of the standard price will be charged.

▶ By Sightseeing Vehicle: Pingyao Ancient City offers carriages and electric cars for sightseeing. According to the order of the admission ticket, the driver is required to take you to the scenic spots. For the whole sightseeing route, the ticket price is CNY 75 per person per ride. For a single scenic site, you need CNY 30 to get on the vehicle and pay another CNY for every other scenic site. You can also choose to pay CNY 120 to get the whole day service (8 hours) without the limitation of how many times you will take. You can get on the sightseeing car from South Gate, North Gate, and West Gate of Pingyao Ancient City.

▶ By Bike: In the ancient city, bicycles can be rented from the ancient city bicycle rental center around the North Gate, at No. 19, Beiguan Street, Pingyao County (平遥县北关大街19号). The rental time is 8:00-18:00, usually with CNY 10 for a normal bicycle, CNY 20 for a tandem bicycle, and CNY 30 for a three-person bike. You need to pay a deposit tp rent bikes, so please remember to keep the receipt. 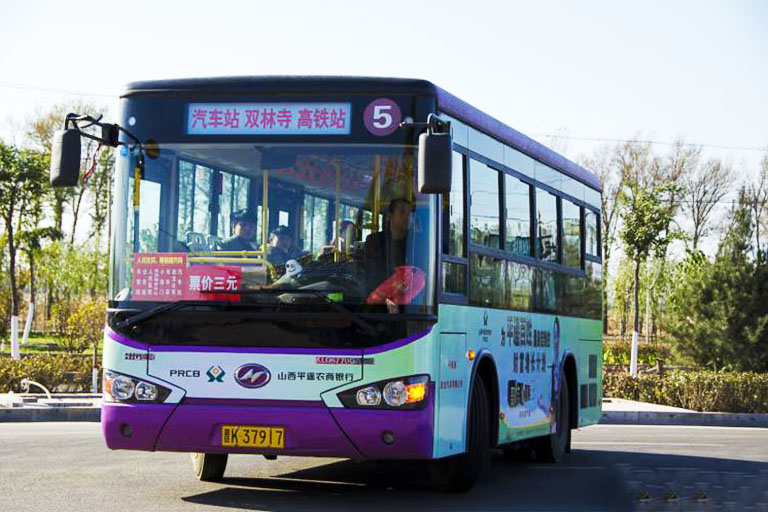 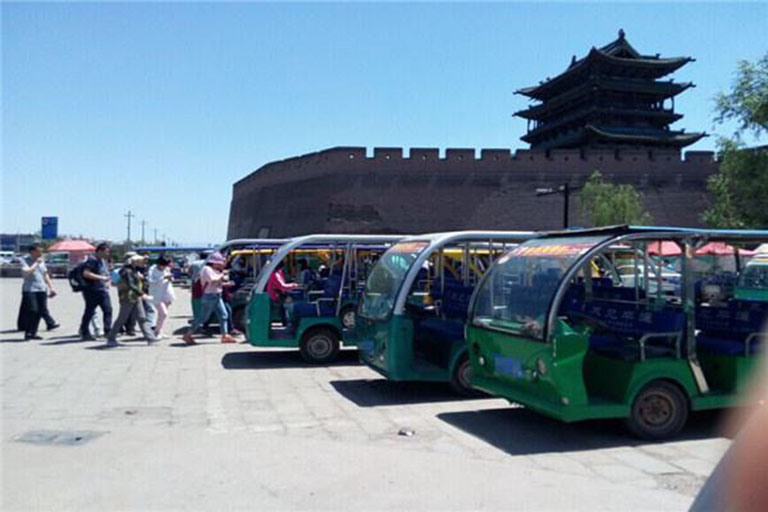 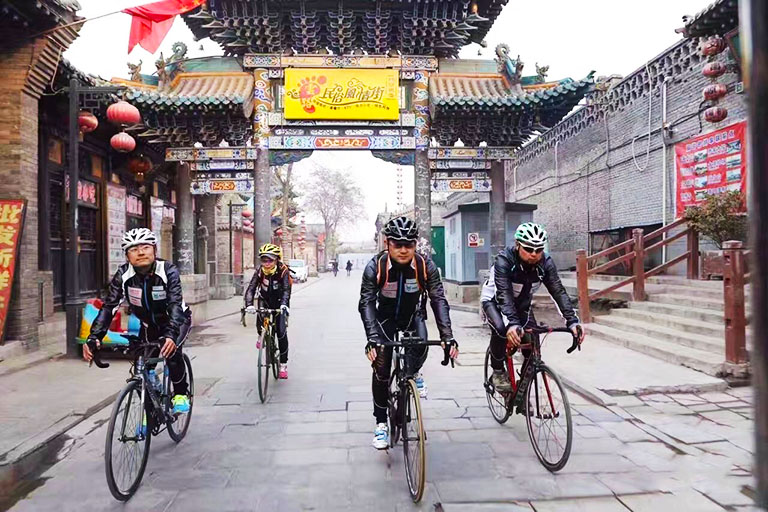 If you don’t want to bother about the troublesome transfer, you can travel with us China Discovery. We will pick you up at the airport, train station or bus station and escort you to your hotel or any destination you want to go with comfortable vehicle, skillful driver and professional guide. The itinerary can be customized and all the matters such as transportation, meal, accommodation and ticket will be taken care of, all you need to do is enjoy your trip! >>Contact us now

How to Plan Your Pingyao Tour