Hulunbuir Transportation: How to Get to Hulunbuir Grassland 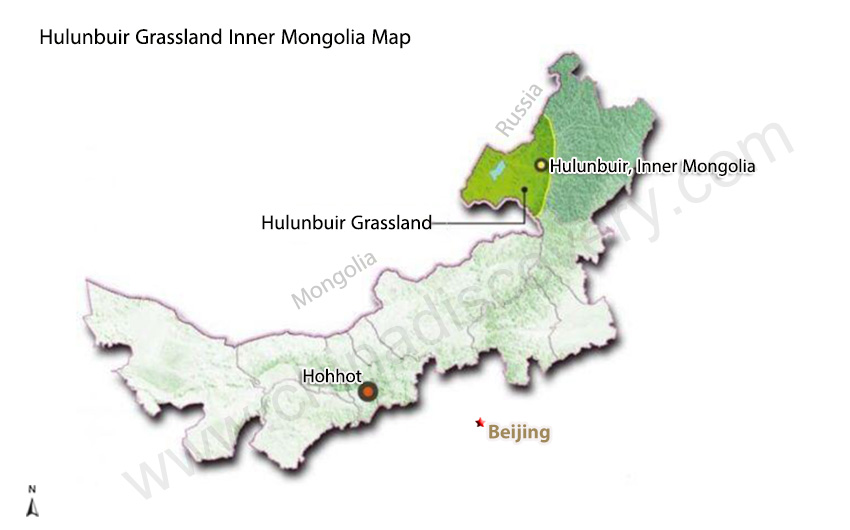 How to Get to Hulunbuir City

Hulunbuir City can be reached by flight, train and car. Normally, visitors get to Hailar District (the downtown area of Hulunbuir City) first. This city center area has the best-established traffic system of this region.

Get to Hailar (Hulunbuir) by Flight

Hailar Dongshan International Airport, or called Hulunbuir Dongshan International Airport (IATA: HLD), is the main airport in Hulunbuir City. It has flights to/from Beijing (2.5 hrs), Hohhot (2.5 hrs), Harbin (1.5 hrs), etc. The airport is about 8.5 kilometers and 20 minutes away from Hailar downtown by car and 45 kilometers and 1 hour around from the main tourist site of Hulunbuir Grassland - Morigele River by car. 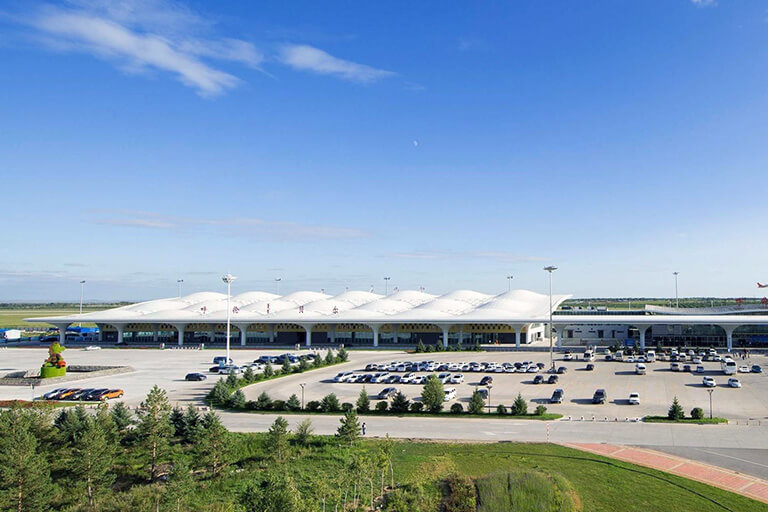 Get to Hailar (Hulunbuir) by Train

The whole Hulunbuir City is not accessible by bullet train, including the Hailar District, the busiest area in Hulunbuir. There are normal trains to Hailar from Harbin (9~24.5 hours), Beijing (30 hours), Zhengzhou (40.5 hours), etc. However, considering the long duration of the train travel, seldom visitors choose the normal trains.

Get to Hailar (Hulunbuir) by Car

If you go from the nearby Hinggan League, you can also choose the car. Driving from Arxan National Forest Park in Hinggan League to Hailar needs about 5 hours. 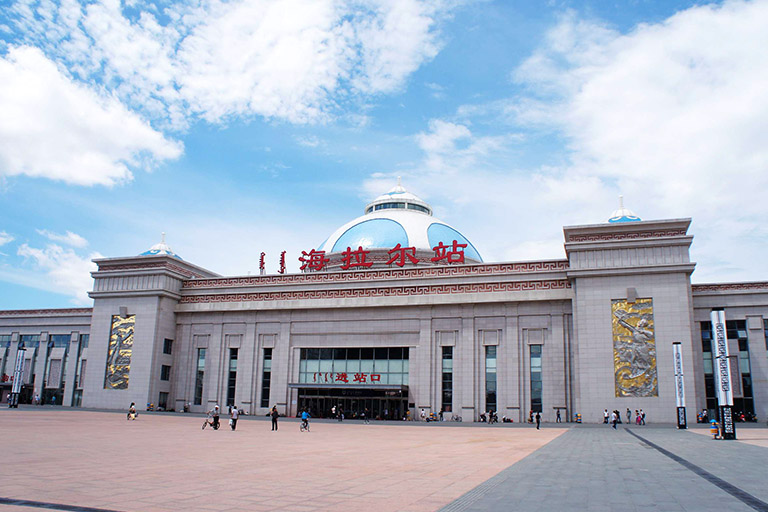 Beijing, the capital of China, is the best gateway city to visit Hulunbuir. It is about 1,080 kilometers and 2.5 hours away from Hailar by flight. The flight departs from Beijing Capital International Airport, which is about 30 kilometers and 1 hour or so from Beijing downtown by car. Normally, there are 4 flights a day from Beijing to Hulunbuir for you to choose, including the morning ones and the afternoon ones. Check more about the Real-time Beijing Hulunbuir Flight Schedule >> 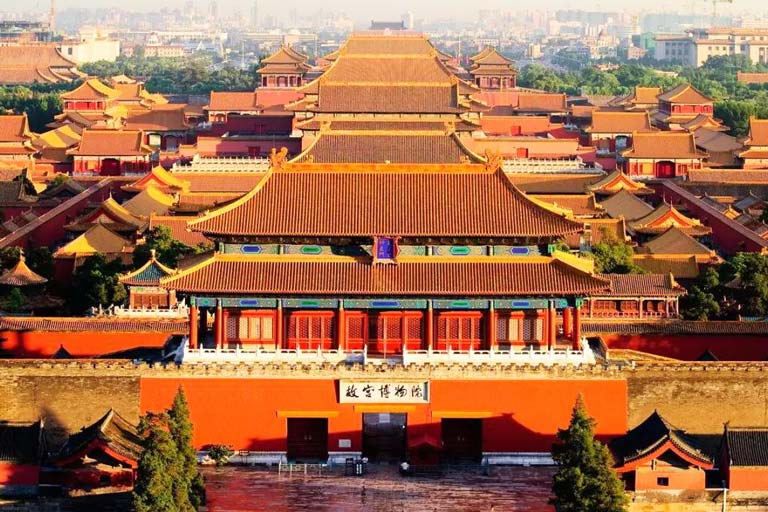 The Forbidden City in Beijing

Hohhot, the capital of Inner Mongolia Autonomous Region, is the best alternative option to Hulunbuir besides Beijing. It is about 1,120 kilometers southwest of Hulunbuir. The flight from Hohhot Baita International Airport to Hulunbuir Dongshan International Airport takes about 2 hours. There are nearly 20 flights from Hohhot for you to choose, most of them depart in the morning while the rests depart in the early afternoon. Check more about Real-time Hohhot Hulunbuir Flight Schedule >> 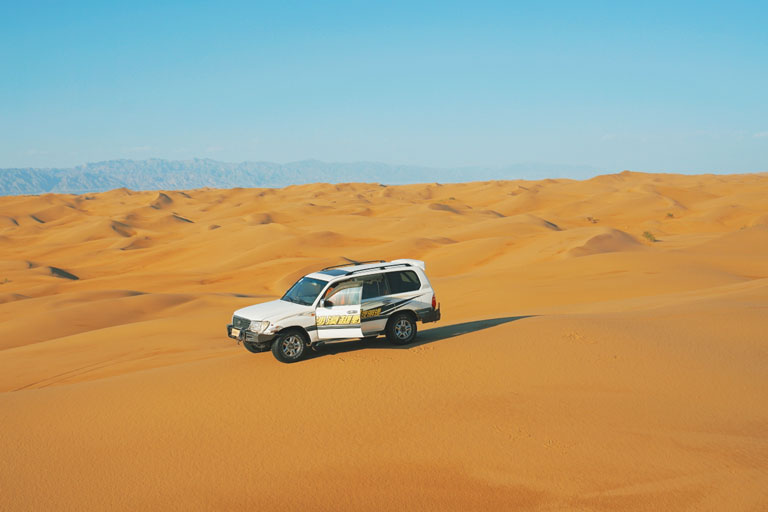 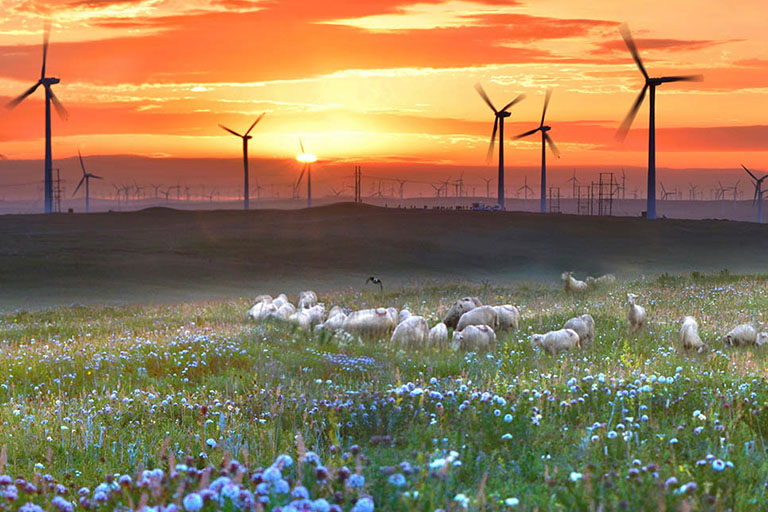 Harbin, the city known for its world-class Harbin Ice and Snow Festival (usually happens in January), is about 627 kilometers southeast of Hulunbuir. Every morning, there are one or two flights to Hulunbuir from Harbin Taiping International Airport. The flight ride needs about 1.5 hours. Apart from the flights, there are also normal trains, which take about 9~24.5 hours. Check more about the Real-time Harbin Hulunbuir Flight >> | Harbin to Hulunbuir Train >> 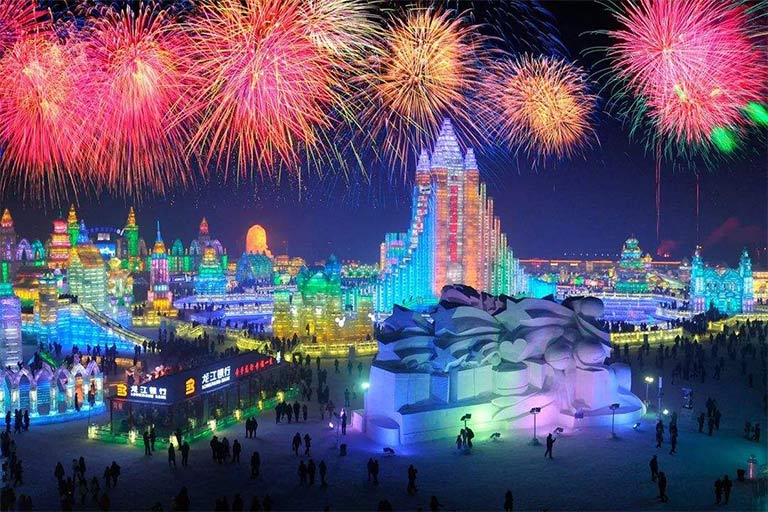 From Shanghai to Hulunbuir via Beijing

From Beijing, you can take a flight (2.5 hours around) to Hulunbuir. Check more about the Real-time Beijing Hulunbuir Flight Schedule >>

From Shanghai to Hulunbuir via Hohhot

From Hohhot, you can get to Hulunbuir in about 2.5 hours. The flights start from Hohhot Baita International Airport. Every day, there are over 15 flights for you to choose. Check the real-time Hohhot Hulunbuir Flight Schedule >>

Time needed: from 5 hours around

From Xian to Hulunbuir via Beijing

Xian and Beijing are well connected by bullet trains and flights. It is also a popular tour to travel these two ancient capital cities together. The bullet train ride between them takes about 4.5~6 hours, and the flight trip takes about 2 hours. Check the real-time Xian to Beijing Train >> | Xian Beijing Flight Schedule >>

Beijing has direct flights to Hulunbuir. The duration of the flights is about 2.5 hours. Check more about the Real-time Beijing Hulunbuir Flight Schedule >>

From Xian to Hulunbuir via Hohhot

After arriving at Hohhot, you can spend 3 days around Hohhot tour to the pagodas and nearby deserts. After the Hohhot tour, take a flight to Hulunbuir. About 2.5 hours around will then be needed. Check the real-time Hohhot Hulunbuir Flight Schedule >>

Guangzhou is located at the southernmost part of China, while Hulunbuir is at the northeastern part of China. There two cities are very far from each other, with a long direct distance of about 2,921 kilometers. If you want to visit Hulunbuir from Guangzhou, you are also suggested to get to Beijing or Hohhot first, and then get to Hulunbuir by flight.

Guangzhou to Hulunbuir via Beijing

The metropolis Guangzhou has an efficient transportation network. The airport of the city, Guangzhou Baiyun International Airport, has frequent flights to Beijing. Every day from 6:30am to 22:20pm, there are over 30 direct flights, with at least 2 flights per hour for you to choose. Check more about Guangzhou Beijing Flight >>

From Beijing to Hulunbuir, the flight trip needs about 2.5 hours. Check more about the Real-time Beijing Hulunbuir Flight Schedule >>

Guangzhou to Hulunbuir via Hohhot

Hohhot is the capital of Inner Mongolia Autonomous Region, where Hulunbuir is located. From Guangzhou, there are about 10 daily direct flights to Hohhot. The flight ride takes about 3.5 hours. Check the Real-time Guangzhou Hohhot Flight Schedule >>

From Hohhot, you can get to Hulunbuir in about 2.5 hours by flight. Check the real-time Hohhot Hulunbuir Flight Schedule >> 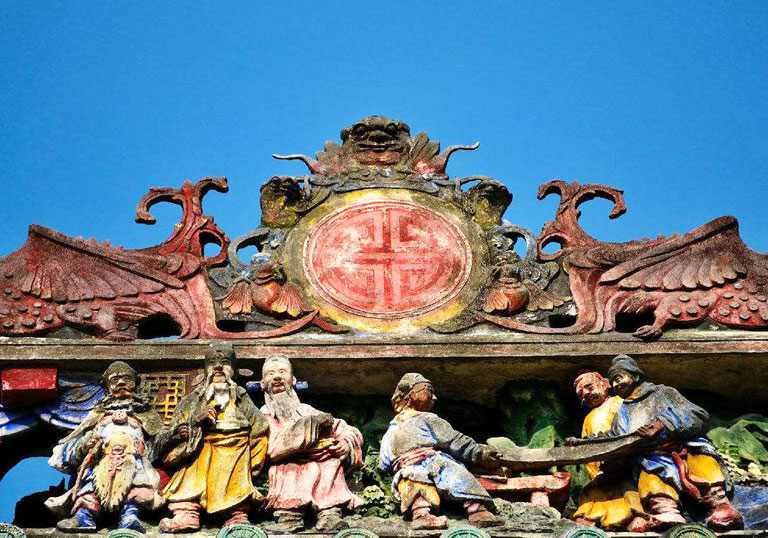 How to Get to Hulunbuir Grassland

The whole Hailar District is built on the Hulunbuir Grassland. Therefore, you can get to the grassland from any direction of Hailar. The grassland southeast of Hailar is very beautiful when the large fields of rape flowers blossom in mid-July, while the northwest grassland is more popular with the most attractive Morigele River and other tribes here. Usually, when it comes to how to get to Hulunbuir Grassland, it refers to how to get to the most beautiful section of Morigeler River. 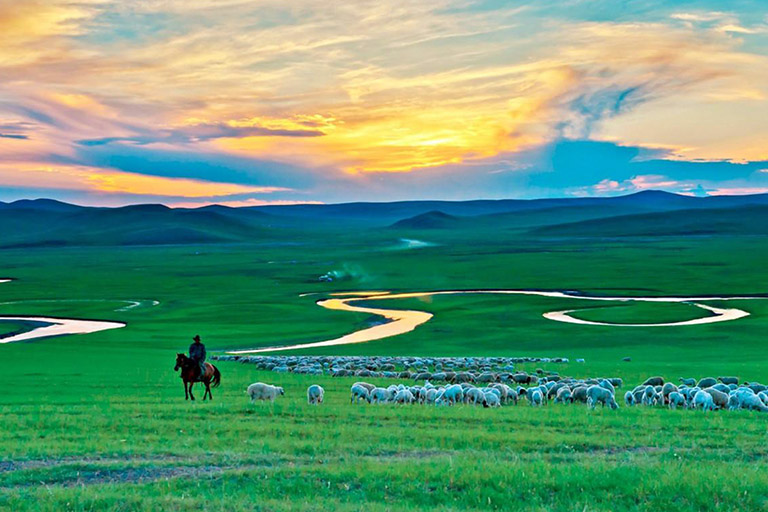 Upon arriving at Hailar District, you can get to the river region by private car, which is the only way to get there. You will arrive at the Morigele River from Hailar after diving north for about 40 kilometers and 1 hour or so.

Apart from the Morigele River, the Hulunbuir Grassland is also famous for the sunset scenery at Heishantou, the broad Hulun Lake, the interesting Mongolian activities at Golden Mongolian Tribe and so forth. These sites are spreading the grassland with long distance and a poor public transportation network between them. Driving is the best way to visit it, because you can arrange your itinerary as you want and make stops at where you like. However, the roads in this region zigzag deep into the forest and grassland. You may lose your way here. Therefore, you are not very suggested to drive by your own but with a professional local driver. We China Discovery offer flexible Hulunbuir Grassland Tour Packages with warm private car service! If you are in need, please feel free to contact us! 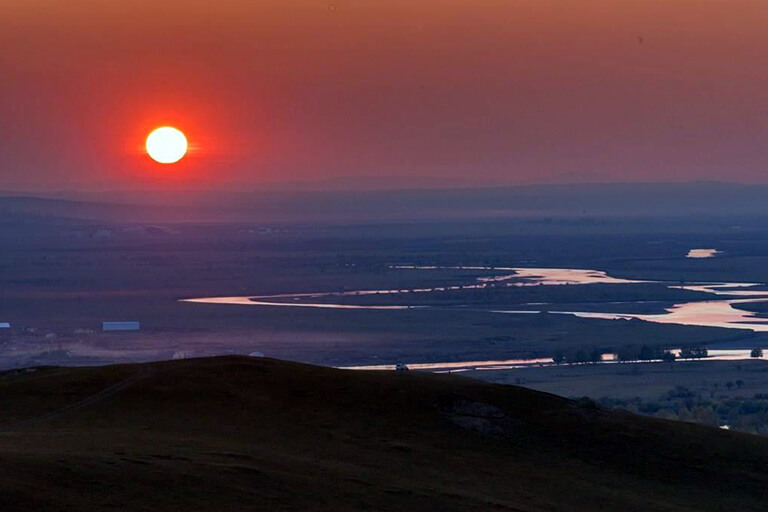 How to Travel around Hulunbuir

Travel around Hulunbuir by Private Car (Most Popular)

No matter you are in Hulunbuir only for the Hulunbuir Grassland or more wonders of this region, like Ergun Wetland, Aoluguya Reindeer Village, travelling around with the help of private cars must be the best way. The tourist sites, including the tribes on the grassland and other attractions in Hulunbuir, are very far from each other. And it is not an easy job to figure out the distributions and transportations of every one of them. If you go with private cars driving by a local experienced driver, all your problems will then be solved. You can just make the largest use of your days to explore the grassland, wetland, forests, Russian Towns and more. Contact us to customize a Hulunbuir tour with private car service included NOW! 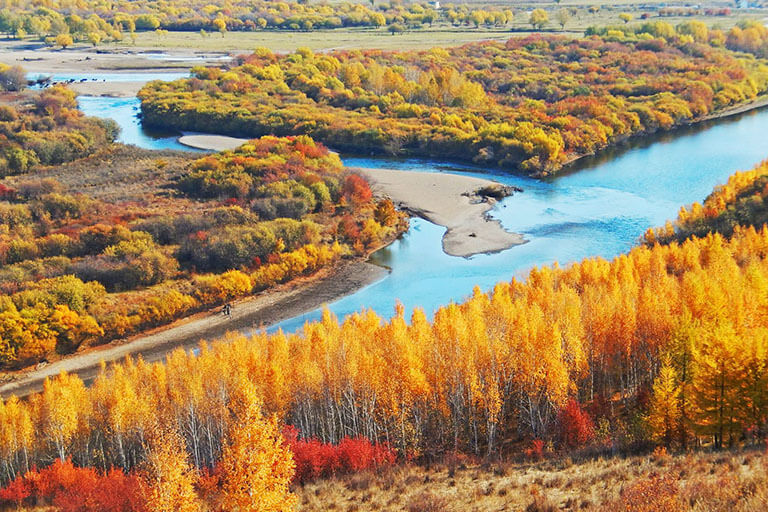 How to Plan a Hulunbuir Tour?

Visitors usually spend 4~5 days on a Hulunbuir Grassland Tour, including 2~3 days on the grassland and 2 days more to the surrounding wetlands, forests and Russian Towns.

During the days on the grassland, they will visit the highlights like Morigele River, Heishantou and the tribes. A classic 5 Days Hulunbuir Tour also includes a half-day visit to Eerguna Wetland, the No.1 Wetland in Asia located on the way from Morigele River to Heishantou Town.

Apart from the classic route, there are also a South Route and a North Route. The north visiting route takes you to explore the forests and Russian Towns, like Shiwei Russian Town and Moerdaoga Forest Park. And the south visiting route takes you to explore the lakes and national parks, like Arxan Mountain, etc. The south route and north route needs 5~8 days to fulfill in separate.

Besides, you can visit the deserts near Hohhot and Hulunbuir together, thus you will get the superb experience of both adventure fun and sightseeing release in Inner Mongolia! 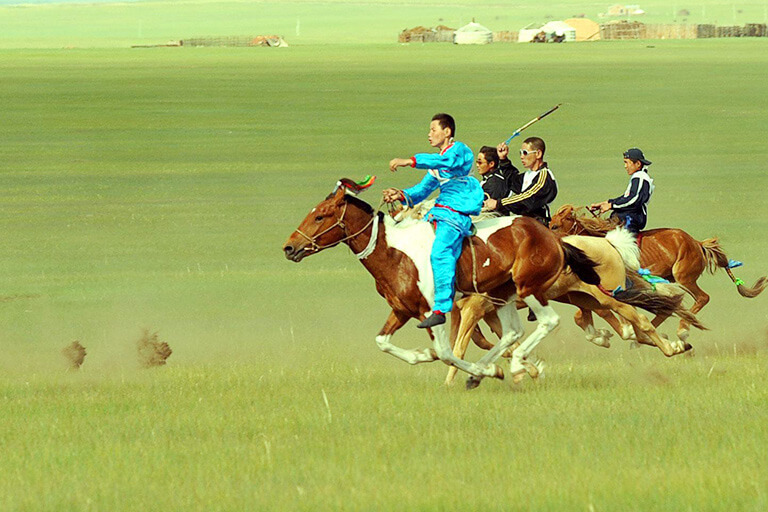 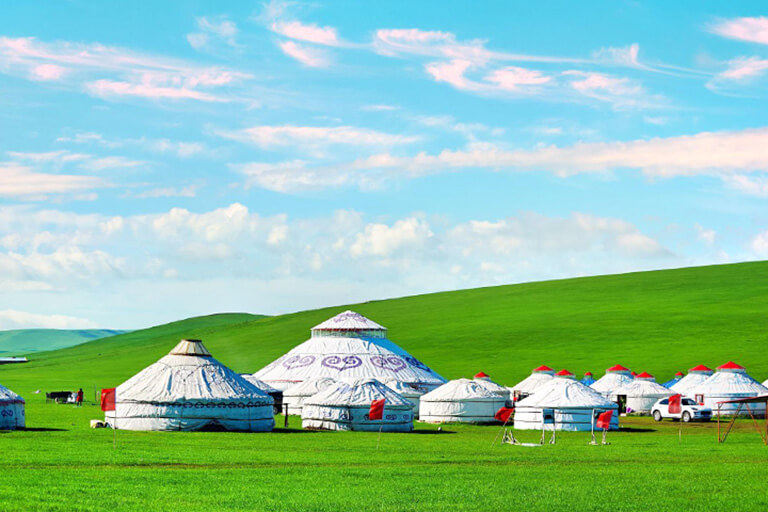 Looking for a Hulunbuir Grassland tour but feel hard to arrange your day by day itinerary and site to site transportation? Travel with us China Discovery and let our experienced travel consultant help you. We know Hulunbuir and Hulunbuir Grassland much and we have helped numerous visitors to enjoy a tour there. If you go with us, we will customize a Hulunbuir Tour for you! Your guide will accompany you all the way and show you the best viewing and photography spots. And your driver will take you to cross the grassland along the driving road in the middle of the grassland.

Top 3 Hulunbuir tours chosen by most customers to explore Hulunbuir in the best way. Check the detailed itinerary, or tailor your own trip now with us. 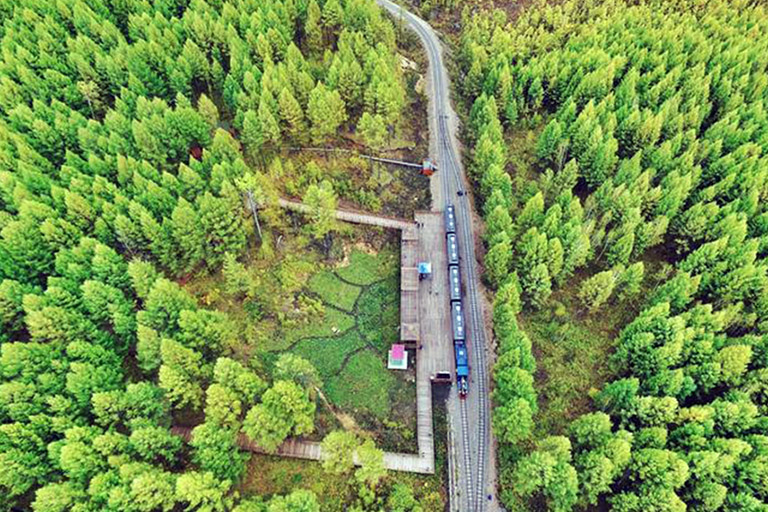