The following are Location Map, Metro Map and Nearby Attractions Map of Guangzhou Railway Stations. These maps are latest, downloadable and printable, and please feel free to use them when planning your Guangzhou tour 2023! 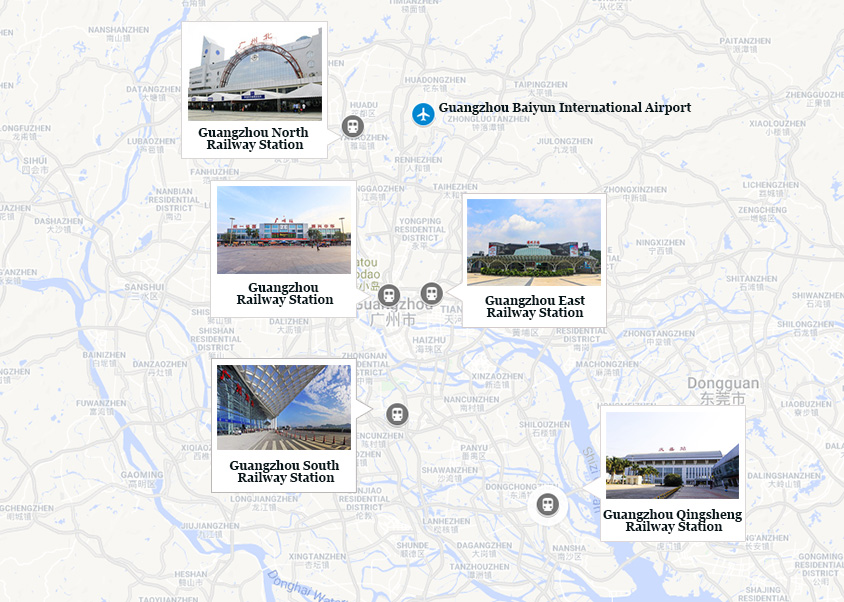 4. Guangzhou North Railway Station (广州北站): The station is served both by the high-speed trains of the Wuhan–Guangzhou High-Speed Railway and by regular passenger trains on the original railway (Jingguang railway) running along the same route. 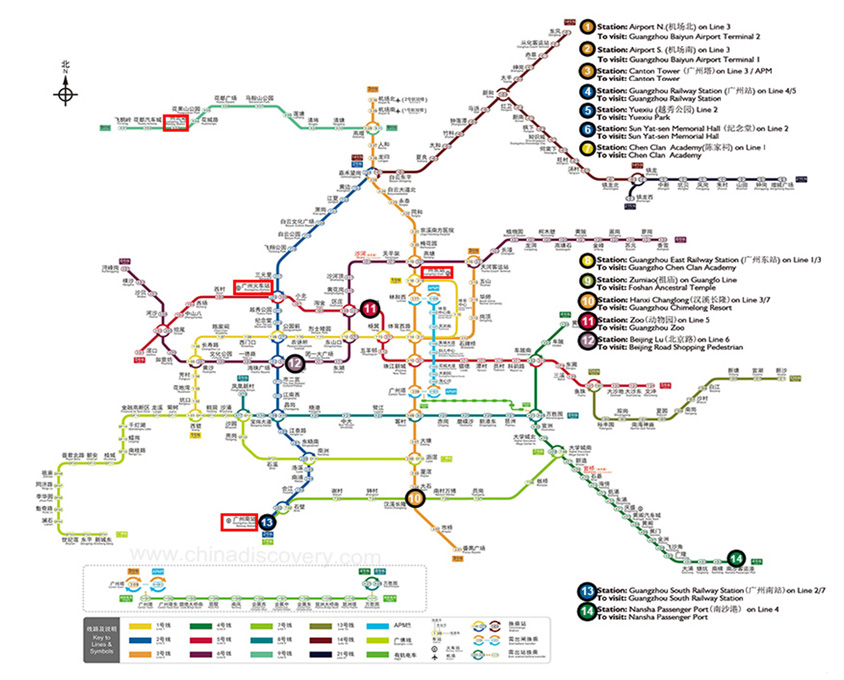 Considering of your convenience, we provide here some nearby attractions map of these two Stations. 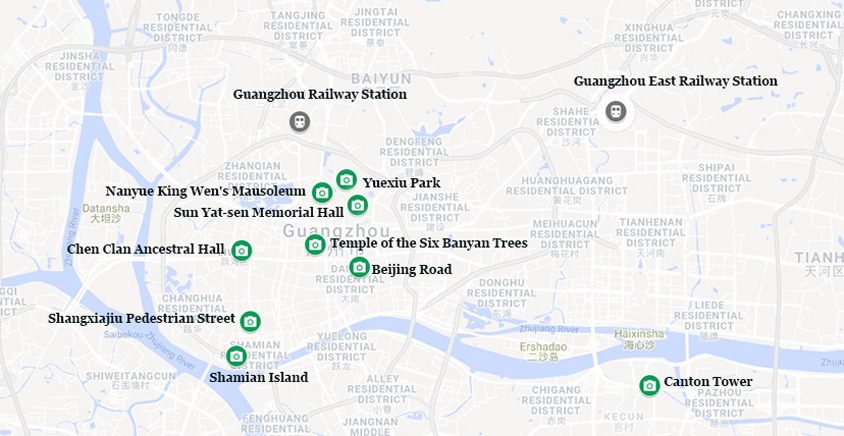 Most of you are planning a tour in Guangzhou, but you may be confused about the arrangements or so many tourist attractions. Why not travel with us - China Discovery? We could provide you customized tour package. During your travel, our private transfer service will save your time for waiting for the vehicles and other parts along the road. Besides, our professional local guide will give you wonderful introduction about those highlights to let you enjoy the travel. You just have a relaxing rest on the private car and focus on the highlights.

If you are happened to take part in Canton Fair, and you want to play in Guangzhou after your work. Here is a 6 Days Canton Fair & Guangzhou Highlights Tour for you. You could choose to go those most popular attractions if you don’t have much time. Most people may go this way - 3 Days Guangzhou Short Stay Tour. You may also plan to have a travel to China with your family, then you can try 4 Days Guangzhou Family with Kids Tour.