China Greater Bay Area (GBA)
How to Plan a GBA Tour?
How to Get to GBA
How to Travel Around GBA
Greater Bay Area Maps 2022
20 Places to Visit in GBA
Amazing Cities in GBA
10 Best Things to Do in GBA
Hong Kong Zhuhai Macau Bridge 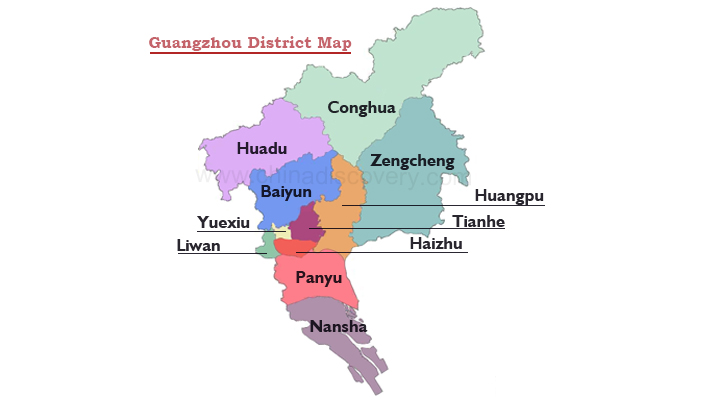 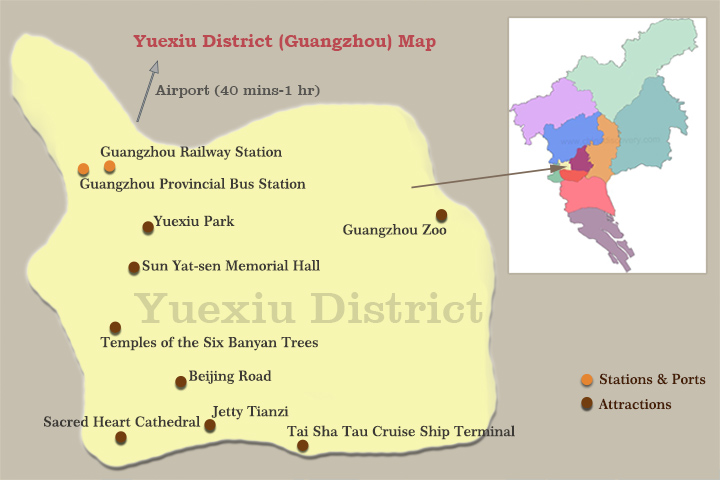 Yuexiu District is the oldest downtown area and the old city center of Guangzhou. It enjoys the largest amount of historical and cultural sites in Guangzhou ranging from eight dynasties over 2000 history, like Five-Ram Sculpture and Zhenhai Tower in Yuexiu Park, Sun Yat-sen Memorial Hall, Temple of the Six Banyan Trees, Museum of the Mausoleum of the Nanyue King, Sacred Heart Cathedral, Guangxiao Temple, Beijing Lu Pedestrian Street and more. 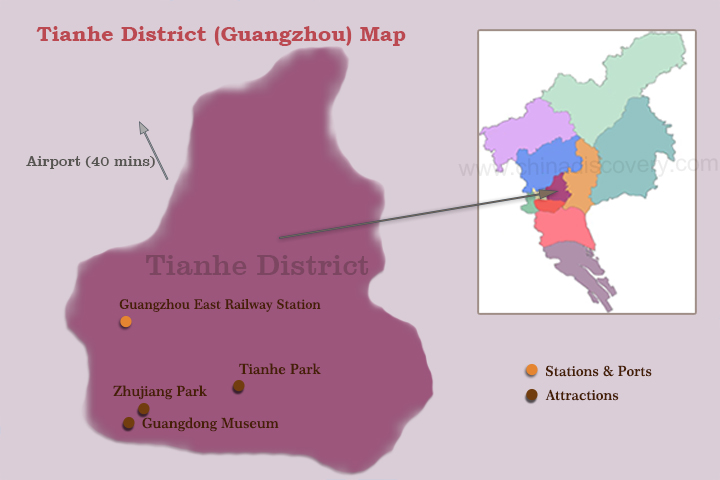 Tianhe District, which is right next to Yuexiu District, is now considered to be the new city center of Guangzhou. In this area, you can find many parks and shopping malls, like Zhujiang Park, Tianhe Park, and Flower City Square. Guangdong Museum, the general museum of Cantonese art, nature, culture and history, is also settled in this area.

For the travelers who want to take Through Trains to Hong Kong Kowloon from Guangzhou, you need to take the trains at Guangzhou East Railway Station in this area. 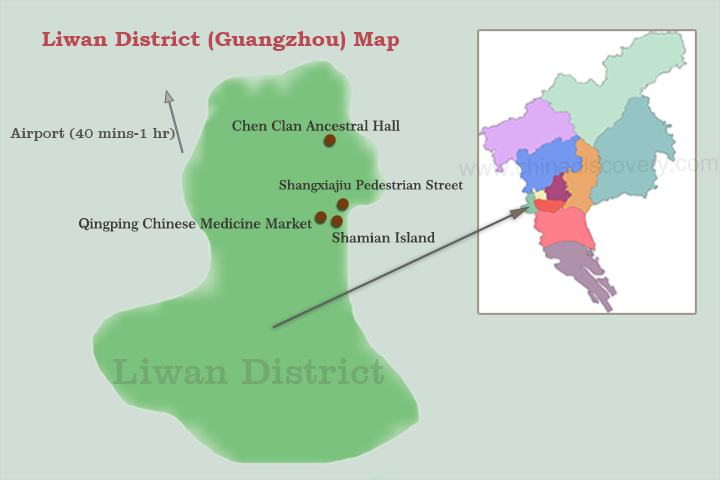 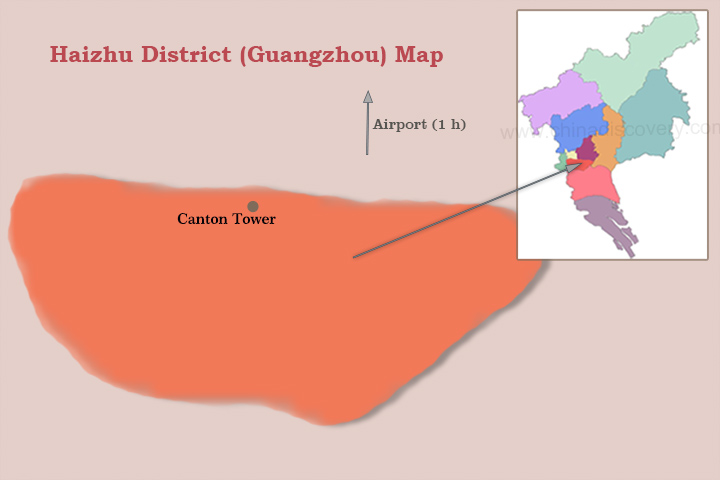 Haizhou District neighbors both old city center Yuexiu District and new center Tianhe District. It is surrounded by Pearl River. The most famous Guangzhou Tower, or called Canton Tower is also located in this area. 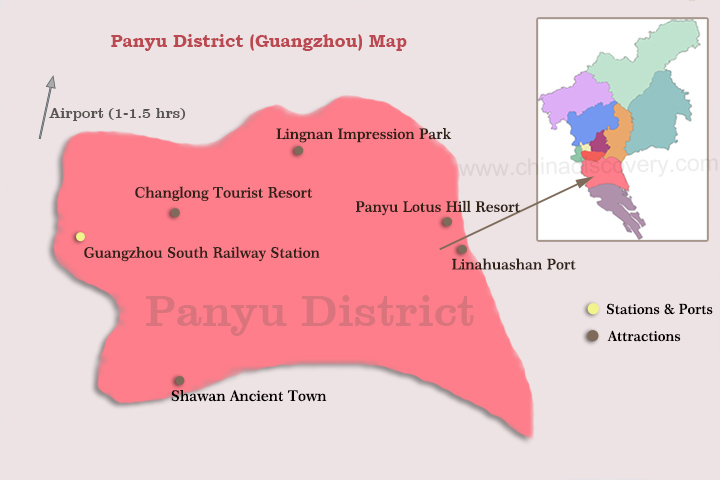 Panyu District is located on the southern part of Guangzhou, bordering the northernmost part Nansha District. Travelers coming to Panyu District mainly for Changlong Tourist Resort, where they can encounter with various kinds of wild animals, numerous amusement rides and can enjoy stimulating stunt show. There are also other highlights in Panyu District, like Panyu Lotus Hill Resort and Lingnan Impression Park. 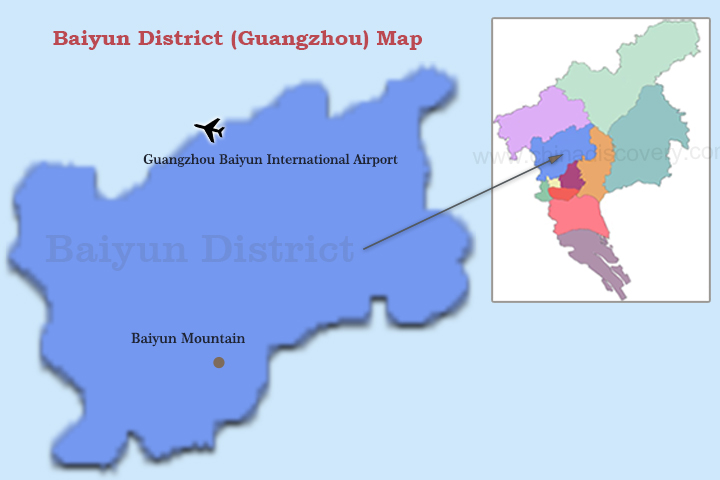 Baiyun District is where the largest airport of southern China - Baiyun International Airport settled in. The most popular Baiyun Mountain is also located in this area.

Useful Links:
>> Flights to Guangzhou (CAN) 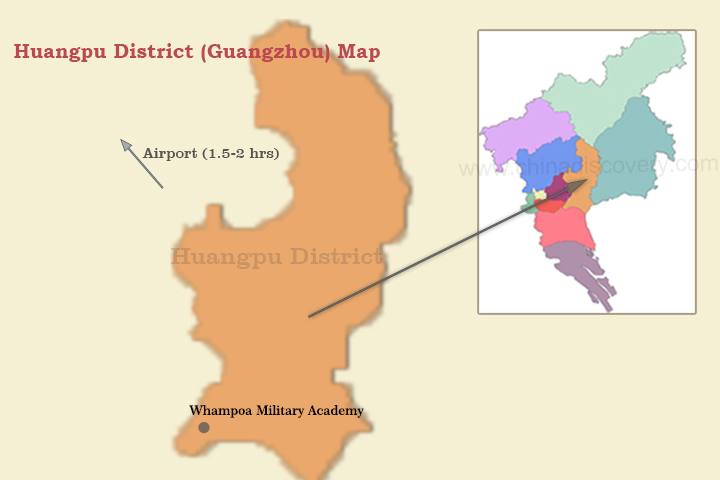 The present Huangpu District consists of the original Huangpu District and the Luogang District (萝岗区).If you are a historian or history buff, don't miss the Former Site of Whampoa Military Academy in this area, which offers a good insight into the modern history and Chinese military history. 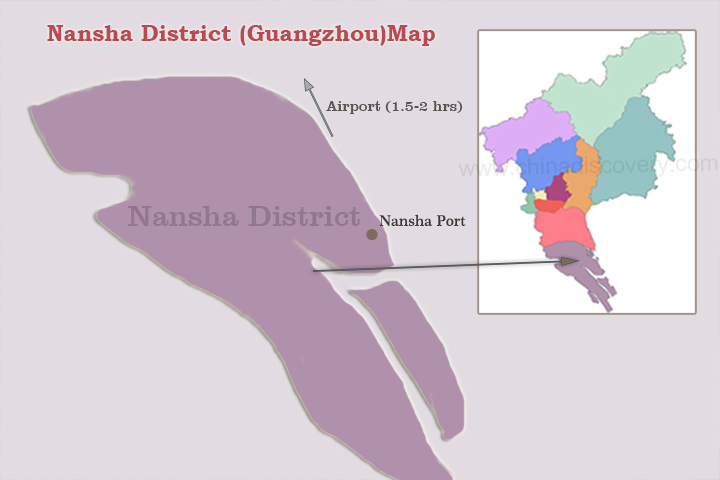 If you are traveling Guangzhou with your family, you can spend 1-2 or more days to visit Chimelong Safari Park to create more happy memory with your kids.
>> 4 Days Guangzhou Family with Kids Tour

For the visitors on business travel to attend the Canton Fair (usually lasts for 3 days) in Guangzhou, you are suggested to spend 6-7 days in total to enjoy the big global event and also explore the famous attractions of Guangzhou.
>> 6 Days Canton Fair & Guangzhou Highlights Tour

Travel Guangzhou with Other Popular Tourist Cities in China

Want a relaxing and joyous trip experience in China without tiring planning of every transportation, hotel and connection of each attraction and city? Travel China with us China Discovery. Our professional local guide and driver will escort you from your hotel, train station, airport to all attractions with comfortable private car with speed and convenience and let you catch the highlights of every site and city, so you can get really relaxed on the way and focus on what you are interested. Please contact us directly to tell your needs and customize a personal tour according to your interests, needs and budget!