You are here: Home » China Travel Guide » Destinations » Zhangye » How to Get to Zhangye Danxia

Located in the northwest of Gansu Province, Zhangye (97° 20′ - 102° 12′E, 37° 28′ - 39° 57′N) is about 500km to the provincial capital, Lanzhou. It used to be an important outpost of the Silk Road in ancient time and is worldly renowned for its stunning Danxia landscape. It is in the middle of Hexi Corridor, with Wuwei and Jinchang to the East, Jiayuguan, and Jiuquan to the west, Qinghai Province to the South and Inner Mongolia to the north.

How to Get to Zhangye

Zhangye owns one airport, Zhangye Ganzhou Airport. Also, there are two railway stations, namely Zhangye Railway Station and Zhangye West Railway Station (High-Speed Train Station). These train stations and airport link Zhangye with many other outpost cities along the Silk Road as well as some megacities, such as Beijing and Shanghai.>>Learn More about Zhangye Transportation

▶ Get to Zhangye by Air: 25km to the southeast of Zhangye city, Zhangye Ganzhou Airport (张掖甘州机场 IATA: YZY) only operates regular flights from Xian, Lanzhou, and Chengdu throughout the year, and seasonal flights from Beijing, Shanghai, Dunhuang, Hefei, and Urumqi. People can fly to Zhangye from Lanzhou (1h), Xian (2h), and Chengdu (3h with a stopover in Lanzhou). If you travel from somewhere else, you may need to take a transfer in these cities. 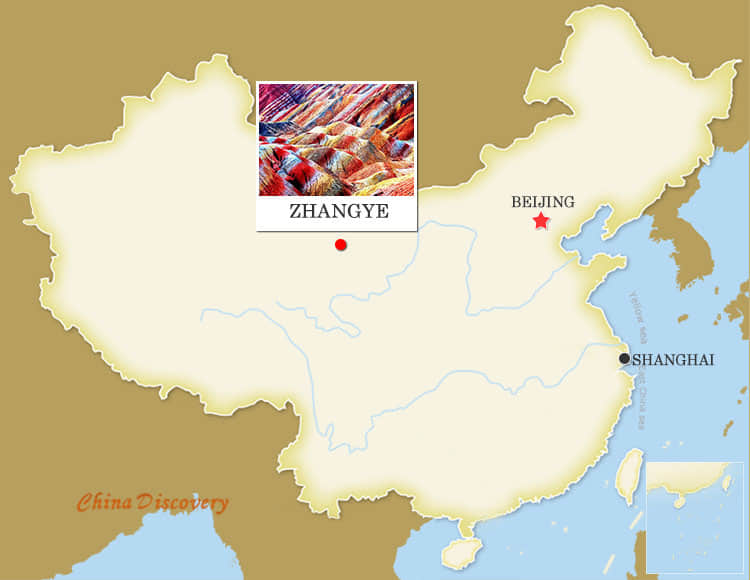 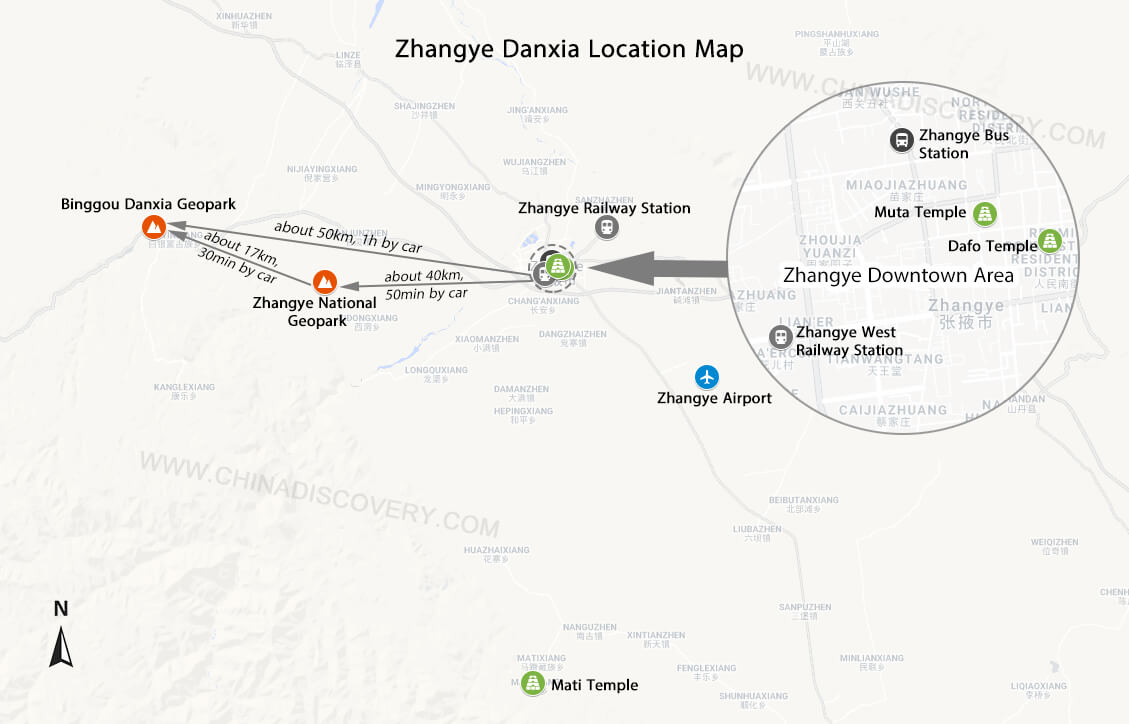 Where Is Zhanye Danxia Located

Zhangye Danxia landform is mainly located in Sunan and Linze counties within the prefecture-level city of Zhangye, in Gansu, China. The danxia landform sites which open to the public are Zhangye National Geopark and Binggou Danxia Geopark. Direct buses are running between Zhangye Bus Station and Zhangye National Geopark/Binggou Danxia Geopark. Since both of the Geoparks are far away from Zhangye city, it is not very convenient to grab a taxi from the scenic area.

How to Get to Zhangye National Geopark

Zhangye National Geopark is about 40km away from Zhangye downtown. Taking a taxi from Zhangye downtown to get there will cost about CNY 100. Also, over 10 direct buses are running every day from 7:30 am to 6:00 pm. It takes about 50min to get there and the bus fee is around CNY 10 to 15 per person for a one-way ticket and about CNY 20 for a round trip. If you would like to take the bus back to Zhangye, the last bus departs by 6:30 pm from the place where you get off.

For many tourists who would like to enjoy the amazing scenery during the sunset, catching the last bus might be not very convenient. You can also charter a licensed private car to travel Zhangye National Geopark with us.

How to Get to Binggou Danxia Geopark

17 km away from Zhangye National Geopark lies Binggou Danxia Geopark, which is in Sunan County, about 50km from Zhangye Downtown. Though it is not that famous and colorful as the former one, it is also very stunning and known for its vividly shaped rocks and peaks.

You can travel here from Zhangye downtown by taxi, which costs about CNY 100. Besides, there are over 7 daily buses from Zhangye Bus Station to Binggou Danxia Geopark directly from 7:00 am to 5:00 pm. The duration is about an hour, and the bus fee is about CNY 12 per person for a one-way ticket. 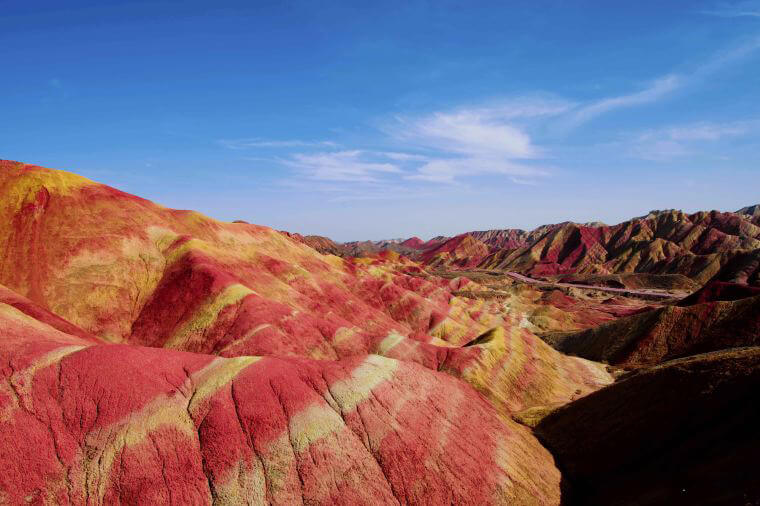 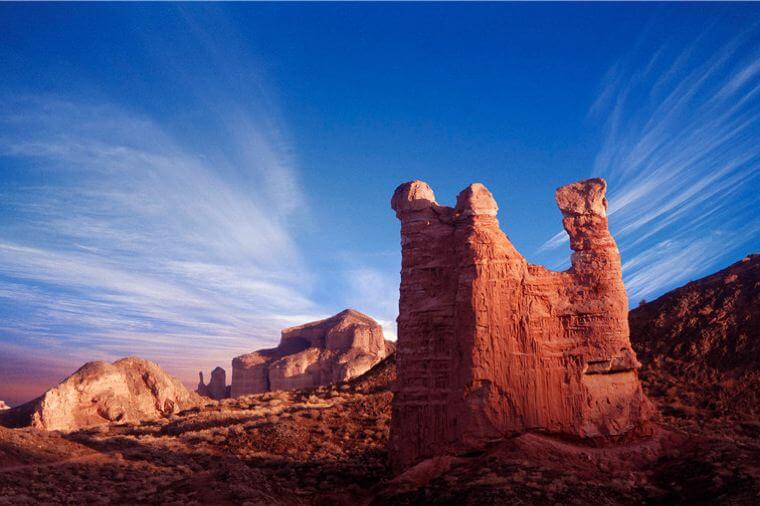 How to Plan Your Zhangye Tour

In one or two days, you can visit the main scenic spots in Zhangye, including Zhangye Danxia Geological Park, Binggou Danxia Park, Pingshan Grand Canyon, Mati Temple, and Dafo Temple. If you have more time, we also suggest you follow the steps of Marco Polo along the Silk Road to visit various other cities, such as Jiayuguan, Xining, Xi'an, Dunhuang, etc.

Since the main scenic spots in Zhangye are outside the city downtown, public transportation is not very convenient, so it is recommended that you make transportation plans before your travel.

Travel with China Discovery, our professional local guide and driver will escort you from your hotel, train station, airport to all attractions with comfortable licensed private car, to catch the highlights of Zhangye. If you are interested, please do not hesitate to contact us and tell us your needs, and we will customize a memorable tour for you! 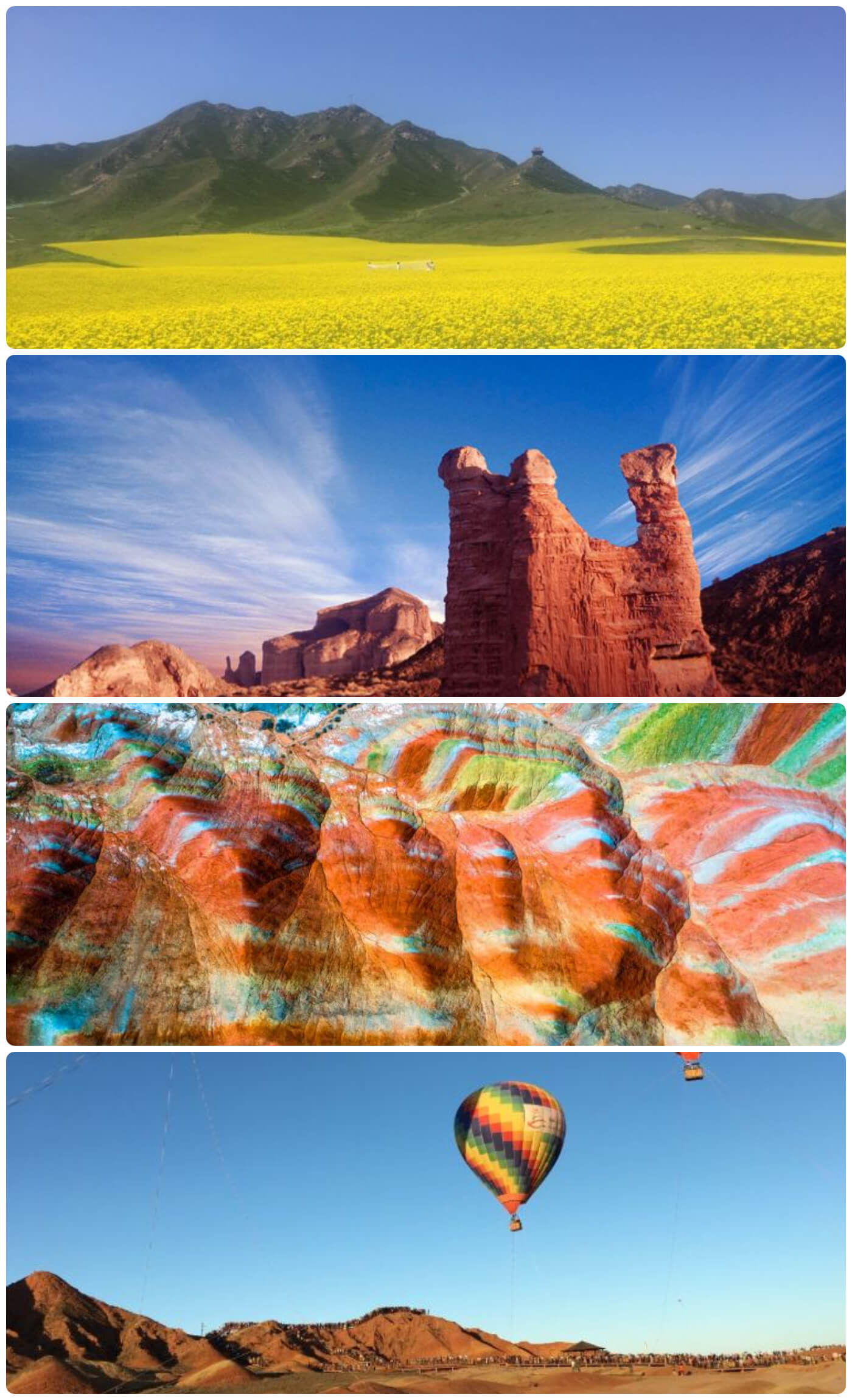