Hiking above the clouds

Taking a spare time to hiking Cangshan Mountain with your beloved or friends and putting yourself into nature, is a great way to release from busy city life. Also you can sightseeing other top attractions in Dali for this 4-day Dali Tour.

Welcome to Dali, the Kingdom of Bai ethnic group! Upon arrival, your private tour guide and driver will meet you at airport / train station in Dali New City (Xiaguan in Chinese) and escort you to your hotel which is usually located in Dali Old Town, a stunning place sandwiched between Cang Mountain and Erhai Lake! After check-in, you are free to explore this old city which is famous in Chinese literature. 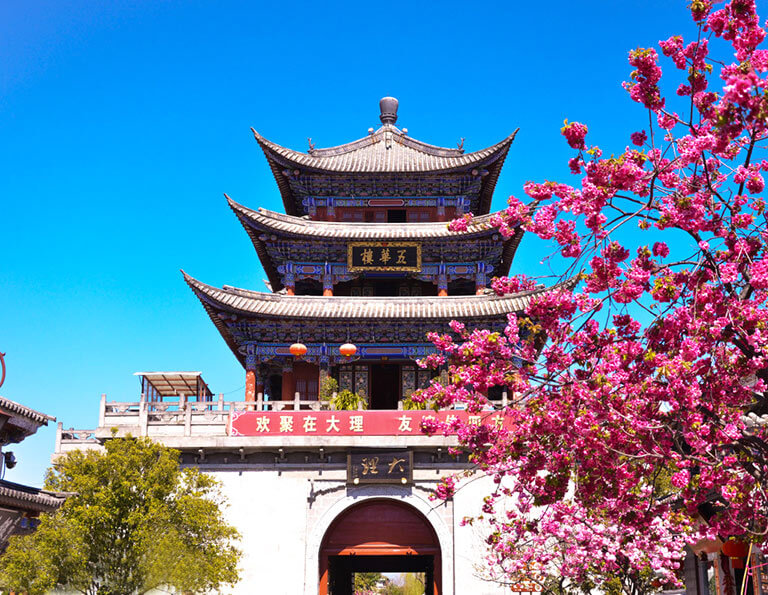 After breakfast, transfer to the symbol of Dali - Three Pagodas and Chongsheng Temple. Built in 10th century in Nanzhao Kingdom, Three Pagodas is made of one big pagoda and two small pagodas forming a symmetric triangle. If you look at it from a distance, the pagodas are like three giant ballpoint pens breaking up the landscape of the never-ending mountains. Here, you’ll get close to look at the pagodas to know more history and stories, visit the royal temple in Dali - Chongsheng Temple, take awesome photos of Three Pagodas and the reflections…

Later, it will be a relaxing boat trip on the vast Erhai Lake (Ear-shaped Sea) with crystal clear water and charming landscape. On Erhai Lake cruise, you’ll enjoy the green Cangshan Mountain and Three Pagodas from afar as well as lots of birds and seagulls flying over the lake. Enjoy an excursion to one of the famous islands for an in-depth look at the peaceful Bai fishing village and other sites on island.

Afterwards, be followed a trip to explore Dali Old Town. Used to be the ancient capital of Nanzhao and Dali Kingdoms, Dali Old Town is formed the square-shaped structure, laid out on a typical north-south, east-west axis with five north-south and eight east-west streets. Wander leisurely through the elegant streets with weeping willows dancing and colorful flowers blooming in the sunshine, if you like have a cup of coffee when visiting the famous Foreigner Street, visit the bustling shops selling Yunnan specialties, get on the city wall or gate tower for a bird’s eye view of the large old town area. You will feel like going back to old times. 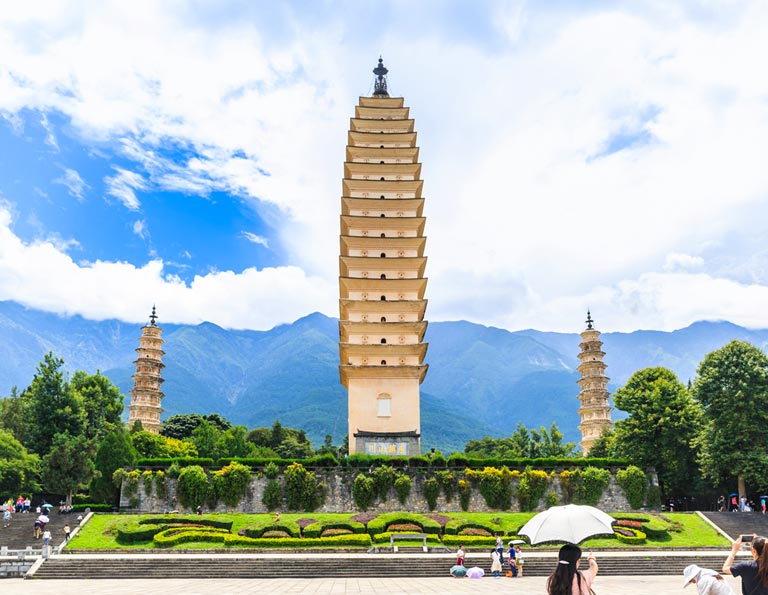 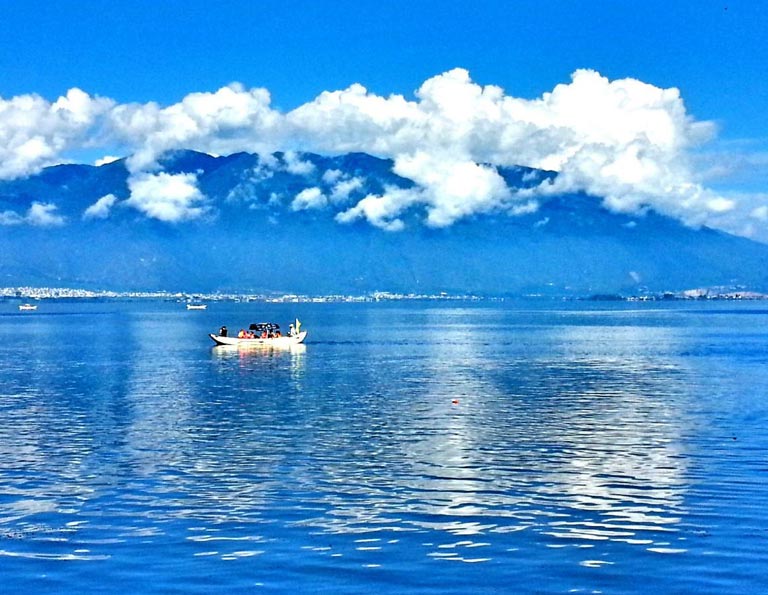 First, you’ll take a cable car to get to trail. Then experience this 15km-long paved walking trail which passes some temples, waterfalls, caves and shrines. In good weather, views off the mountain take in the whole Erhai Lake, with plenty of birdlife, the odd squirrel and colorful flowers alongside the path.

After walking through the trail, you can take cable car back to the Dali Old Town. 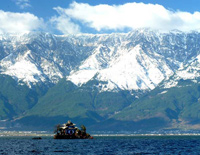 After breakfast, you’ll be driven 18 kilometers to Xizhou Ancient Town, an authentic old town where local Bai people really live and work. Walk into the “the Museum of Bai Architecture” and appreciate the exquisite residential complexes decorated fabulous sculptures, paintings, pointed eaves and wall screens. Taste Bai’s Three-Course Tea and experience the tea ceremony. Set eyes on the local morning market - a place for local people trading daily supplies, including fresh vegetable, fruits, meats, and many kinds of food and daily necessities. It is a great opportunity for getting close to local living conditions.

Then, transfer to “Hometown of Bai People’s Tie-dye Art” for an appreciation of Tie-dye. Tie-dye is a typical feature to present the Bai’s excellent handcraft with various colors and elegant designs. You’ll visit local Indigo workshop in Zhoucheng and know the way of making.

After the tour, you are free until be escorted to airport/ railway station for your flight or train to next destination. 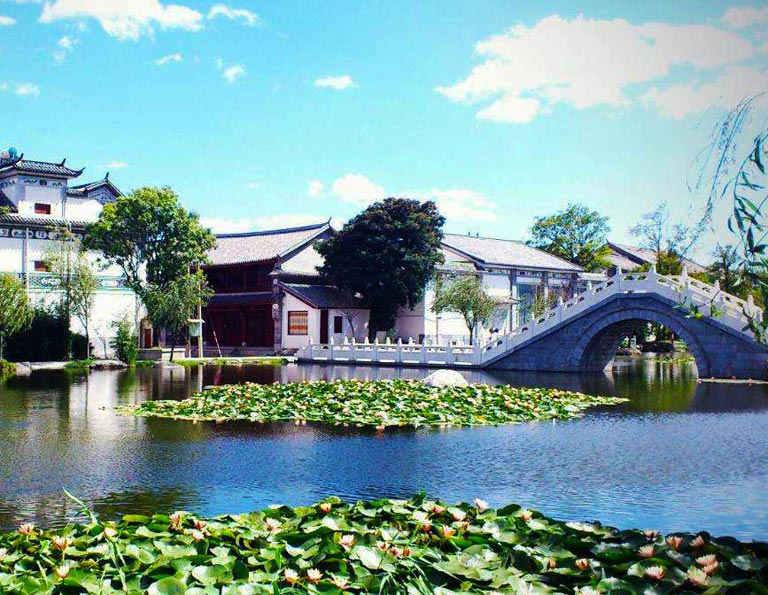 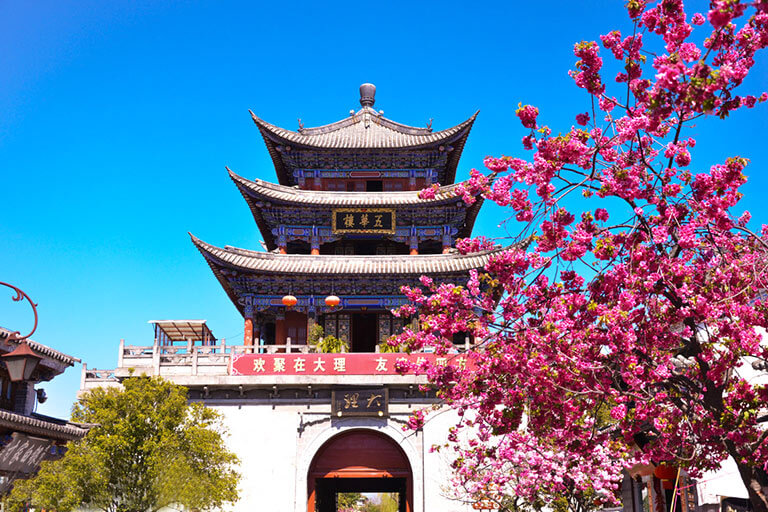 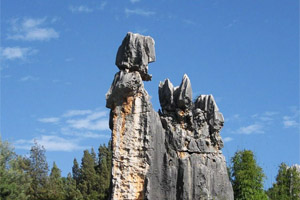 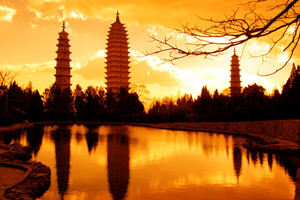