Once In a Lifetime Spiritual Pilgrimage

Putuoshan or Mount Putuo, sitting on a beautiful small island in Zhoushan, Zhejiang Province, China, is a sacred site for Buddhists all over the world. It is believed as the bodhimaṇḍa of the Bodhisattva Guanyin who is widely known as the Goodness of Mercy and very popular with Chinese and oversea Chinese. It is a tradition which has lasted for over a thousand years in many places to worship Guanyin especially on the birthday (19th day of the 2nd Chinese lunar month), enlightenment day (19th day of the 6th Chinese lunar month) and reborn day (19th day of the 9th Chinese lunar month) of the Bodhisattva Guanyin. Because of its significant role, Putuoshan is praised as one of the Four Greatest Buddhist Mountains in China. So, if you are a devout Buddhist, you should come to Putuoshan once in a lifetime; if you are to worship master Guanyin, you must make Putuoshan the first place to go.

We have rich experience in organizing Buddhism tours to not only Putuoshan but also Mount Emei, Mount Wutai and other sacred Buddhist sites. In August 2019, China Discovery is honored to create a tailor-made 7 days Mount Wutaishan Buddhist Pilgrimage Tour for Lee G and her Buddhist friends from Singapore, Malaysia and China in total 31 ppl including 4 Tibetan monks. If you are looking for a tailor-made Buddhism tour, please feel free to contact us.

Today, you will be picked up by your guide and driver in your hotel, airport or train station in Zhoushang, Ningbo, Shanghai or Hangzhou, then transfer to Putuoshan Scenic Area by car and ferry. Check in to your hotel with the help of your guide.

After a short rest in your hotel, start your visit with a short walk from the dock to Puji Temple. Built in 916, this magnificent temple is the oldest as well as the largest temple on Putuoshan Mountain. Every big Buddhist event or ceremony is usually held in the temple. In front of the temple is a beautiful pond for lotus. The Duobao Pagoda near the Puji Temple, built to store Buddhist sculptures, is one of the "Three Great Precious of Putuoshan", and still remains the original face as in Yuan Dynasty(1271~1368).

Then take a sightseeing bus to One Thousand-Step Beach on the eastern side of Putuoshan Island. Walk leisurely on this over 2000-meter long white beach, let the waves kiss your toes and enjoy the clean sky and sea sceneries. Next, transfer by sightseeing bus to next attraction - Unwilling-to-leave Temple. In the year 858, the Japanese Buddhist Hui'e received a precious statue of Avalokitesvara. While on his way back to Japan, he was detained by a storm, which was seen by Hui'e as a sign that the Avalokitesvara was unwilling to leave. Then Hui'e decided to leave the statue on Putuoshan, and built a temple to place the statue which was named Unwilling-to-leave Temple. Near the temple locates the famous Purple Bamboo Forest which is believed to the original ashram of Avalokitesvara (the Goddess of Mercy). Walk several minutes down the bamboo forest, you will reach the landmark site of Putuoshan - the Goddess of Mercy Statue which is 33 meters (108 feet) tall and made of copper.

Lastly, get back to your hotel. The rest time of today is free for you to have dinner and walk around.

Optional Evening Show: watch the large-scale live show of Impression Putuo which is performed by professional actors and actress, and presents sacred Buddhist art with well-arranged light, shadow and sound, as a great inspiration of life. 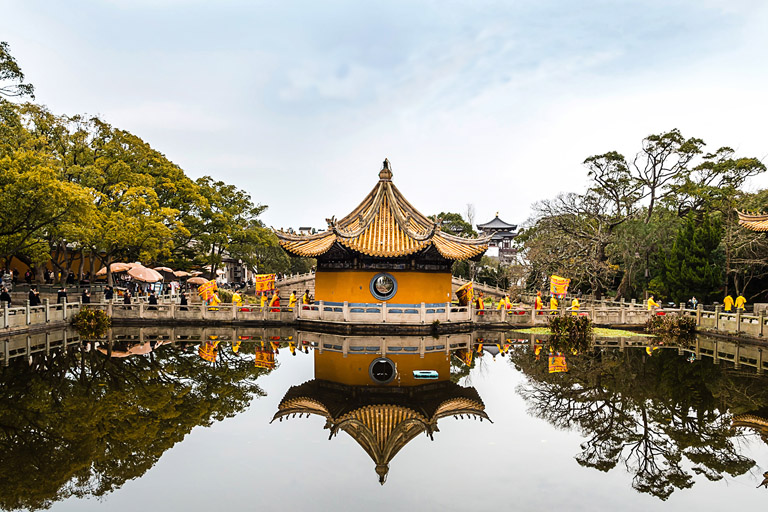 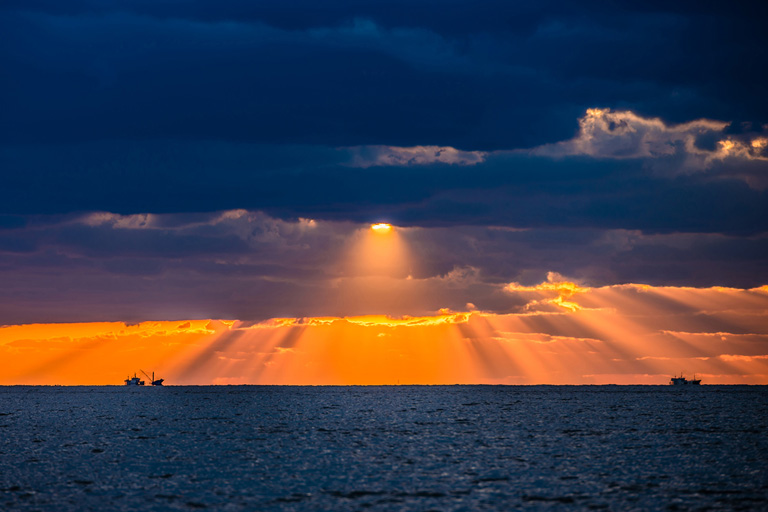 After breakfast, take a park bus to Fayu Temple, 2.8km from Puji Temple. The Nine-dragon Caisson on the ceiling of the Nine Dragons Hall, together with some glazed tiles used on the temple, was relocated from the imperial palaces of Ming Empire in Nanjing in Qing Dynasty(1636~1912). There is also a Nine-dragon Screen which is aged, giant and tall but can see any crevice though it was jointed by flagstones. Apart from the grandiose halls, the temple is also full of huge, rare and old trees scattering in the yards or along the yellow-walled paths, which make it easy for people to find the peace in mind.

After visiting Fayu Temple, you will go to take the fast cable car which takes only several minutes to the Huiji Temple on the top area of Putuoshan. The temple is covered by colorful glazed tiles. Its halls and yards were constructed in traditional Garden-Architecture Style in Zhejiang and Jiangsu. Not so far away from the temple is the Sky Lamp Stage where you can get clear panoramic views of Putuoshan, white beaches and blue seas in the far distance. After that, descend the mountain by walking (about 2088 stone steps) about 30mins.

Take park bus to the dock to catch a ferry to Zhu Jia Jian. The rest time is free for you to transfer to next destination. Tour ends. 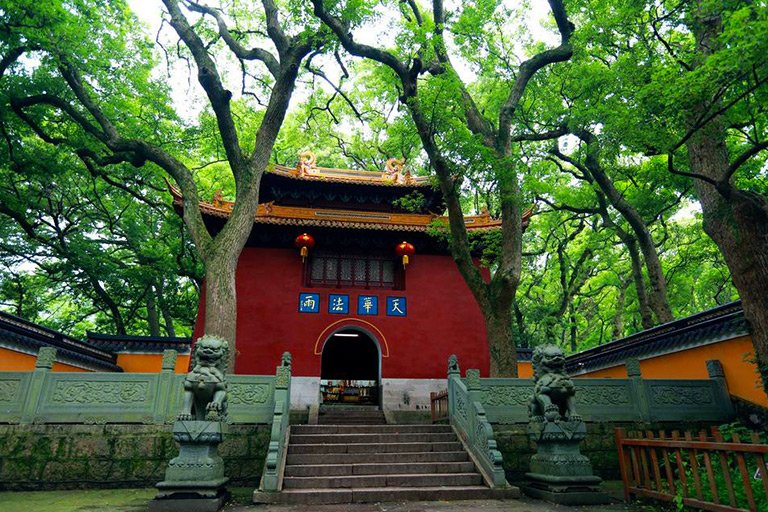 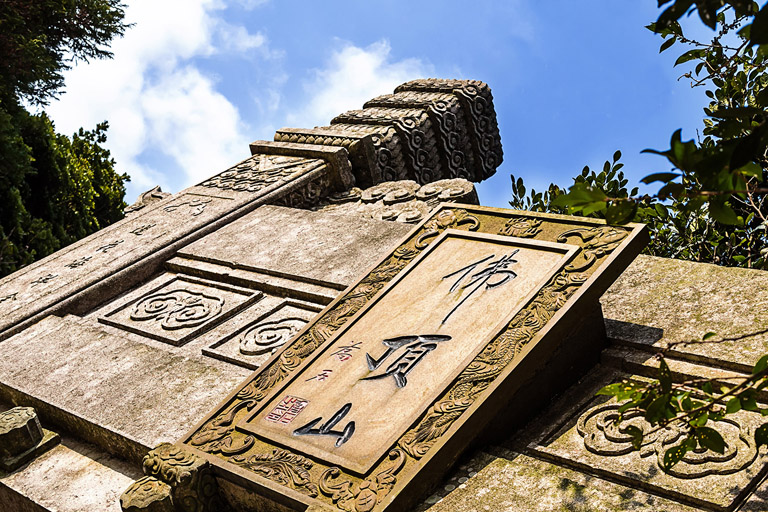 1. This price is for one person, based on a group of 2 adults sharing one standard double-bed room in 4-star hotel and traveling with our private tour in low seasons.
2. This price is subject to change according to your traveling season, group size, hotel class, change of activities in your itinerary and possible fluctuation of currency exchange rate. If you want a lower price, you can get more people to join you, or use economy class hotels.
3. This price is only valid to March 31, 2023.
4. Reference exchange rate of USD 1= RMB 6.45. The final quote is based on current exchange rate. It may change according to the currency fluctuation, while the RMB quotation will be remained the same.

You're inquiring about the " 2 Days Putuoshan Buddhism Tour "