Lhasa, in Tibetan means the Palace of the Gods, is the present capital city of Tibet Autonomous Region, also has been the religious, cultural and economic center of Tibet for centuries. It is famous for the devout Tibetan Buddhism, pleasant sunshine, classic architectural style. Travelers can’t help being filled with deep esteem when seeing the grandiose Potala Palace uprising above the holy city, devoted pilgrims forming a continuous waving of Kora around the Jokhang Temple. Lhasa is the home of many influent Buddhist sites which have long tradition and history of Buddhism, including Jokhang Temple, Sera Monastery, Drepung Monastery, Ganden Monastery, Norbulingka Palace, etc.

Here in Lhasa, Time steals away from you quietly while walking under the sunshine and getting lost in the fabulous Tibetan culture.

Why visit the city:

Lhasa is the most popular destination in Tibet which is full of things to do. Most of attractions in Lhasa are themed by Tibetan Buddhism, such as the spiritual center of Tibet – Jokhang Temple, the Dalai Lamas’ palace – Potala Palace, traditional Tibetan residential and market area - Barkhor Street, famous monasteries Drepung and Sera, etc. Travelers shouldn’t miss the holy lakes Namtso which is only several hours’ driving from Lhasa city. Learn more about Lhasa attractions >>

The fabulous beauty of the architecture, long-standing history and great religious influence make Potala Palace world famous around the world ...

Jokhang is the holiest temple in Tibet, housing the life-size image of Buddha Jowa Sakyamuni, attracting thousands of pilgrims to worship ...

Namtso is one of Three Holy Lakes, also one of the most beautiful lakes in China. It is regarded as the perfect site for photography lovers ...

Drepung Monastery used to be the largest monastery and most powerful monastery in Tibet with more than 141 manors and more than 540 pastures ...

Norbulingka is a large park and regarded as the "Summer Palace in Lhasa". Magnificent palaces, rare historic relics and fascinating scenery...

Barkhor Street in the heart of Lhasa is one of the top three circumambulations here and also a famous shopping street with various featured commodities... 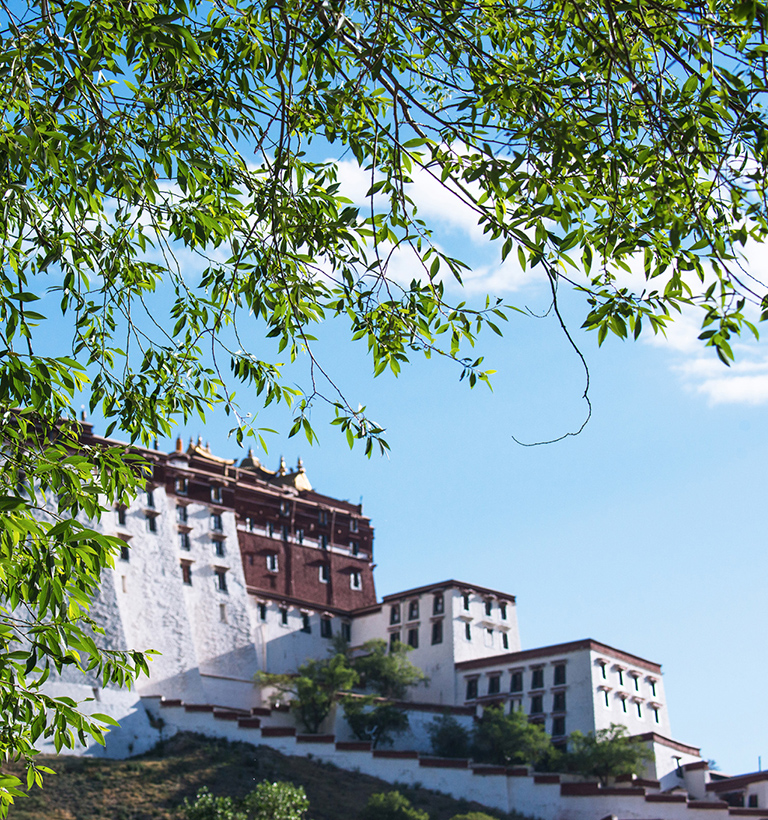 Lhasa has a typical highland temperate semi-arid monsoon climate. Located about 3700 meters above sea level, Lhasa is featured in having clean sky, thin air, plenty of sunshine each day. The average temperature in Lhasa is 8.3 °C (47 °F). The lowest temperature is about -10 °C (14 °F) in January, the highest temperature of 24 °C (75 °F) in June

Lhasa city region is suitable for travel all year around, but from March to October is the best time. Spring days is dry but with comfortable warm sunshine. The weather is usually mid and with some waterfalls during summer days. You’d better bring sunglasses and sunblocking cream to protect from strong ultraviolet rays. Autumn is the best season to visit Lhasa when the daytime is cool, scenery is fascinating. Winter is a bit windy and cold. But the sunshine can warm you in the daytime. 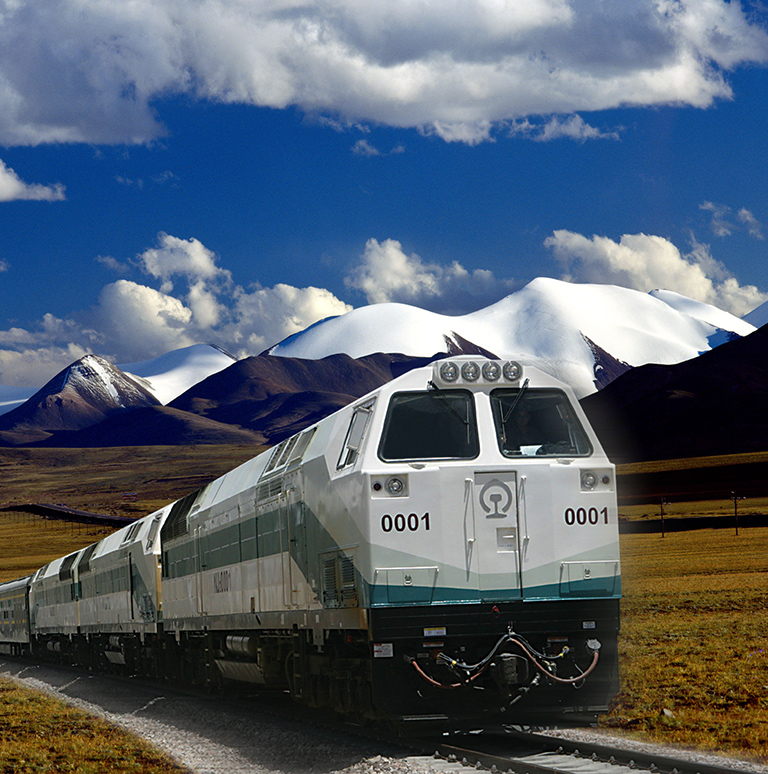 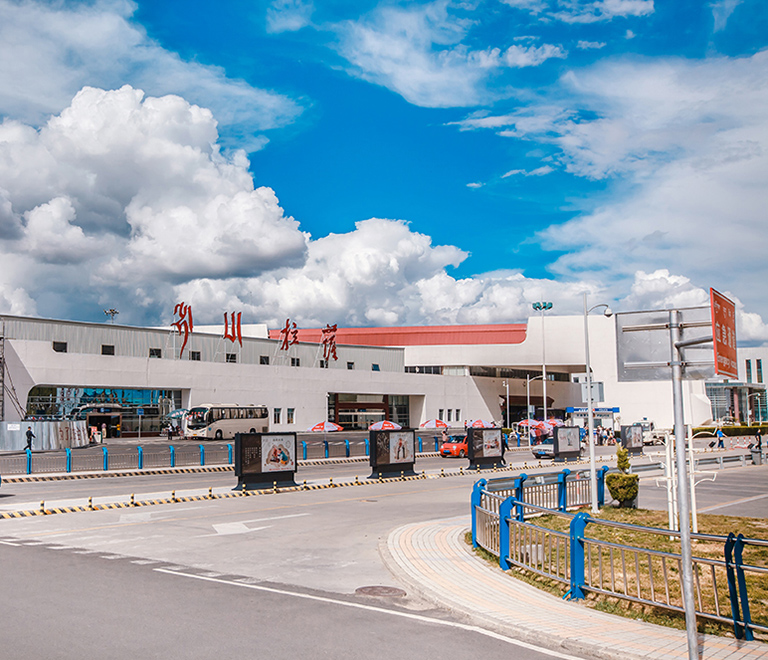 Taking train to Lhasa is very popular with travelers because one can not only experience the highest railway above sea level, but also explore the stunning landscape of the Qinghai Tibet plateau. So far, travelers can take train to Lhasa from cities including Beijing, Chengdu, Chongqing, Shanghai, Guangzhou, Xining, Lanzhou. The tickets are usually in intense especially in peak season (June to October), so you’d better book as early as possible.

Flight is the most convenient transportation to Lhasa. Travelers can take flights from major cities to Lhasa, such as Beijing, Xian, Shanghai, Guangzhou, Chengdu, etc. Lhasa Gongga International Airport is the largest airport in Tibet operating daily flights to other destinations in China. So far, there is only one international flight schedule between Lhasa and Kathmandu.

So far, highway is the major transportation for travel around Lhasa. Many destinations can be reached by vehicles from Lhasa, such as Namtso, Gyantse, Nyingchi, Shigatse, etc. There is only one prefectural railway in Tibet operating daily trains between Lhasa and Shigatse. 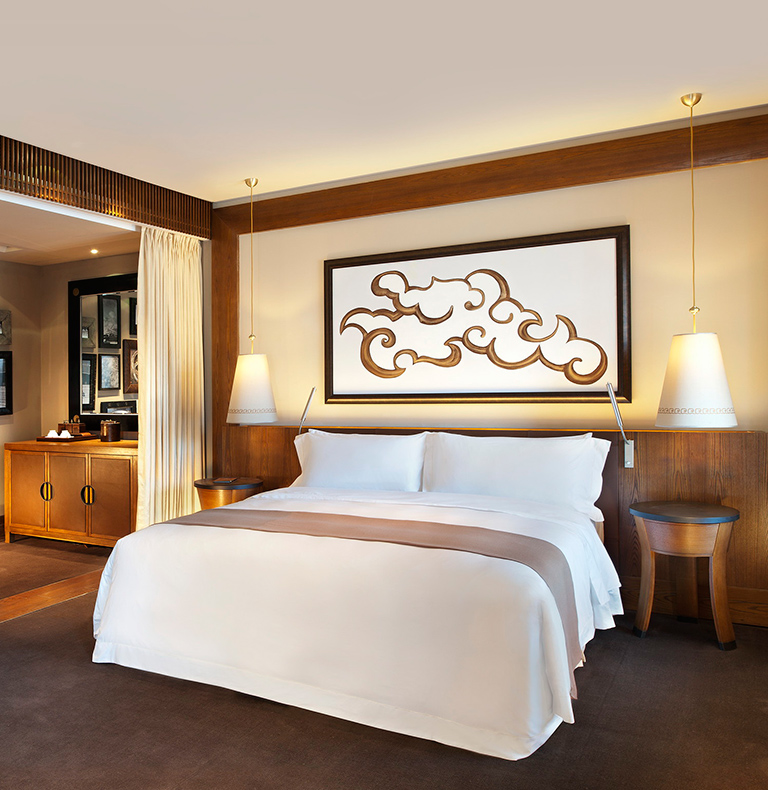 Lhasa doesn’t offer as much top-class luxury accommodation as top destinations in China, such as Beijing and Shanghai, but travelers can also easily get a comfortable and cozy stay in Lhasa. If you favor on some international deluxe hotel brands, you can choose Sheraton, Continental, St. Regis, etc. If you prefer to stay at some unique Tibetan style hotels, you can make choice between a large numbers of local hotels, such as Brahmaputra Grand Hotel, Lhasa Gang-Gyan Hotel, Tashi Choe Ta Hotel, etc. These hotels are usually budget, while offering pleasant service.

Most hotels of Lhasa gathering in tourist area of old Lhasa city region where travelers can easily get to famous attractions, such as Potala Palace, Jokhang Temple, Barkhor Street, etc. Around the hotels, one can find restaurants, banks, shop markets easily. 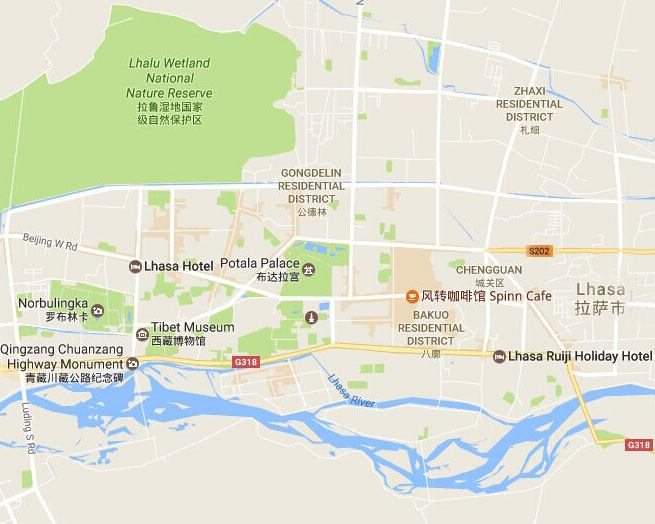 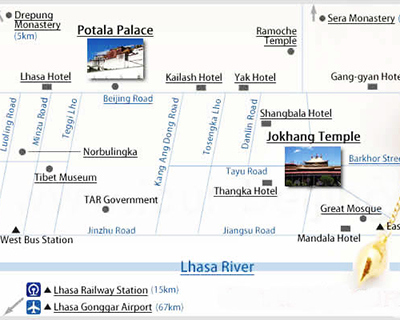 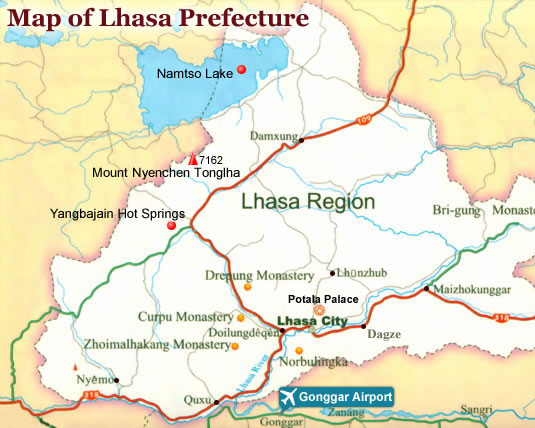 China is vast and diverse. You can choose your favorite destination among more than 70 tourist destination and regions. Following are 4 popular destinations you may get interested in. Check all destinations in China 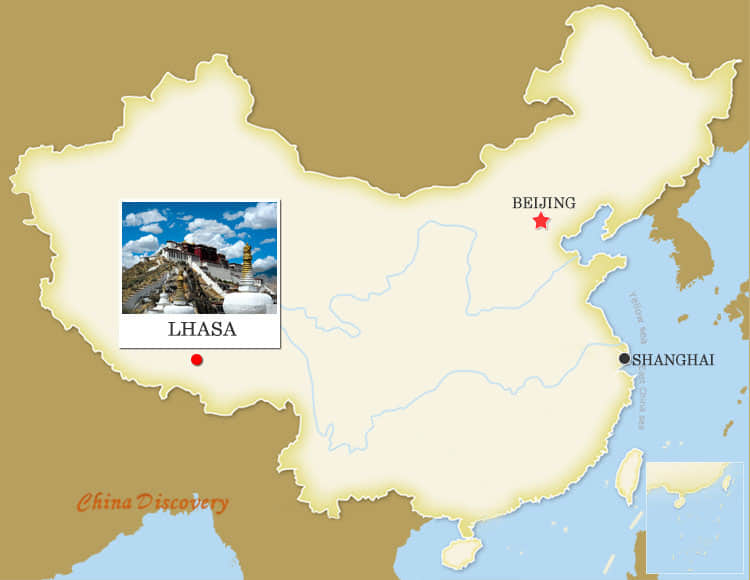 Usually, 4~6 days are needed to explore highlights of Lhasa and its nearby. You should plan one or a half day for both arrival and departure. Then spend 2 or 3 days to visit classic sites in Lhasa city region, usually Potala Palace, Jokhang Temple and Barkhor Street in a day, Norbulingka, Sera, Drepung Monastery in another day, maybe one more day for Tibetan culture exploration. You can then take a day trip to Namtso Lake.

You are suggested to extend your trip to close destinations which usually can be visited in two days, such as Nyingchi, Gyantse, Shigatse. If time allows, you can travel from Lhasa, via Shigatse to the highest mountain in the world – Mount Everest.

We have helped many global travelers enjoy their memorable wonderful trips to Tibet for the past few years. Among them, the warm-hearted client named Jack from America have visited Tibet 6 times since 2013 for traveling and charity, and shared with us their special travel story! Read on real stories of our clients to get more inspiration for your Tibet tour planning! 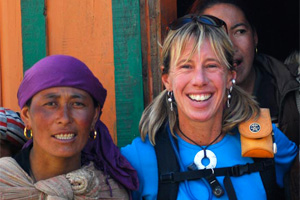