Tianjin, also known as Jingu and Jinmen, is a municipality directly under the Central Government. It is only about 120km from Beijing. Tianjin is a city both of sightseeing value and transportation convenience. This page will show you the Tianjin tourist map to help you find the main attractions, railway stations, airport, and Tianjin Cruise Port in Tianjin. 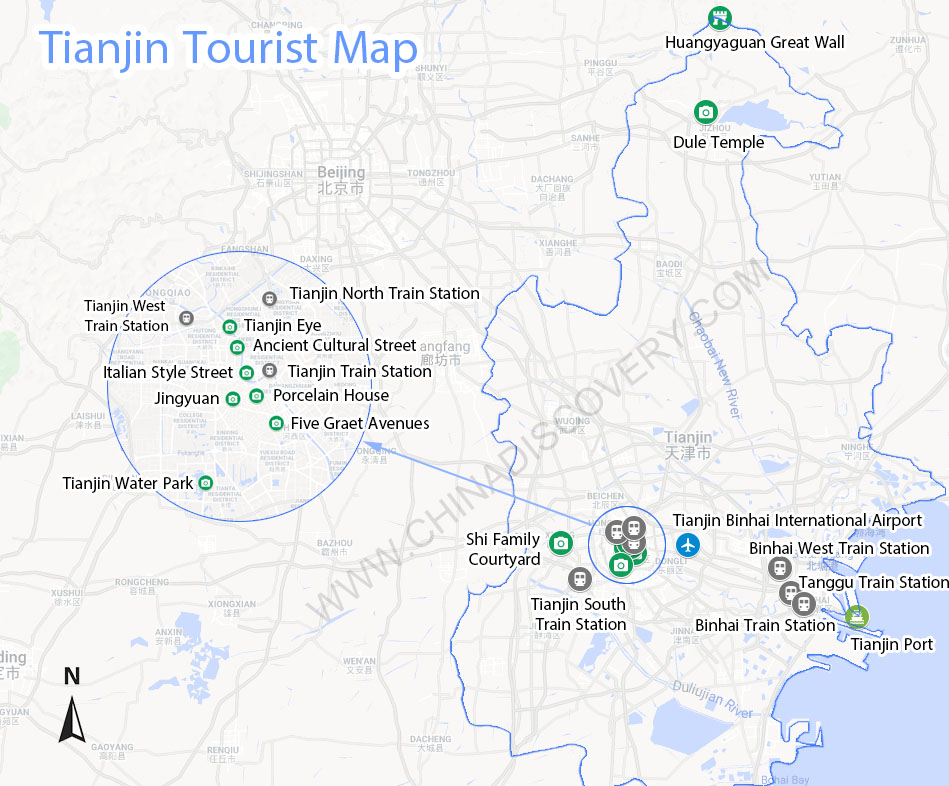 Most of the Tianjin’s attractions are in downtown area, such as the Five Great Avenues, Tianjin Eye, Ancient Cultural Street, and Italian Style Street. Huangyaguan Great Wall is probably the most remote tourist site in Tianjin, which is 140km from downtown. >>Top Attractions in Tianjin

Tianjin Binhai International Airport is the only airport in Tianjin, about 20km from downtown and 60km from Tianjin Cruise Port. It operates 180 international and domestic airlines to all together 132 cities from home and abroad.>>Tianjin Airport and Flights to/from Tianjin

Tianjin Cruise Port, whose full name is Tianjin International Cruise Home Port (天津国际邮轮母港), is located at No. 1001 Guanhai Road, Binhai New District, Tianjin (天津市滨海新区观海道1001号). There are domestic sea routes to Dalian, Yantai, and Longkou and international routes to Inchon in South Korea (every Thursday and Saturday) and Honshu in Japan (every Monday). >>Tianjin Port Maps

It usually needs one or two days to cover the highlights of Tianjin such as North Jiefang Road Financial Street (the “Wall Street in the East”), Five Great Avenues (Wudadao Area), Jingyuan Garden (the former residence of the Last Emperor of Qing Dynasty - Puyi), Porcelain House (China House), Shi Family Courtyard (large and well-kept civil residence with unique features of Qing Dynasty in north China), and Tianjin Ancient Culture Street (popular business street for shopping and food hunting). If you are a hiking lover, you can add another day to the ancient and steep Huangyaguan Section of the Great Wall. As Tianjin is a transportation hub, you can also make some extending trips to Beijing, Xi’an, Harbin, etc.

If you have other ideas or questions about a Tianjin tour, please feel free to contact us. We are also specialized in tailor-made tours that fit you best according to your own interests, requirement, traveling time, etc. 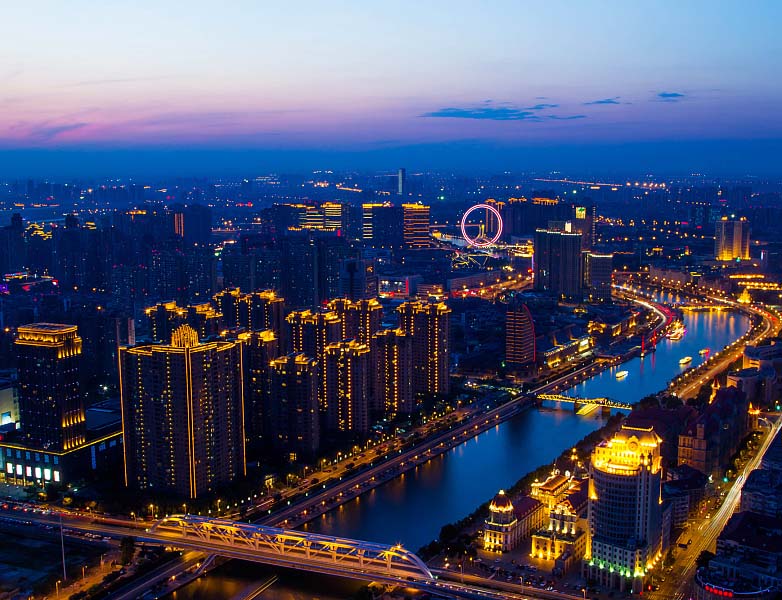 Top 3 Tianjin tours chosen by most customers to explore Tianjin in the best way. Check the detailed itinerary,or tailor your own trip now with us.