China's Most "Western" and Most "Eastern"

This is an in-depth Tianjin Beijing tour, starting from Tianjin and end in Beijing. If you land China in Tianjin by a cruise from Japan, flight or high speed train, and has a continueing flight or train to catch in Beijing, this is the best tour for you. You will see the best highlights of both Tianjin and Beijing in 5 enjoyable days with our private tour services! A full understanding about the ancient and modern history of China will be rewarded during the tour.

According to your schedule, our local guide will meet you at the airport / railway station / Tianjin Cruise Port and take you to the downtown area of Tianjin City. Our guide will help you check in your hotel. The rest of the day is free on your own to explore this beautiful city.

After breakfast, pick you up at your hotel. Today your trip starts from the North Jiefang Road Financial Street, the “Wall Street in the East”. Later, move on to the Five Great Avenues (Wudadao Area) where you can see over 200 beautiful examples of Italian, German, French, Spanish and British architecture with different style mixed in with old Chinese villas that showcase the modern history of China.

Then you’ll visit Jingyuan Garden, a Spanish-styled brick structure that built in 1921 with the original name of Qianyuan Manor. It is the former residence of the Last Emperor of Qing Dynasty - Puyi. Later, continue to visit Shi Family Mansion, which is a large and well-kept civil residence made up of 12 ancient-style quadrangle courtyards on both sides of a 60-meter-long road and a few additional elegant pavilions, pools and gardens. The architectural style and all the decorations fully represent the folk culture and custom of the late Qing Dynasty (1840-1912) and show the rise and fall of the 200-year-long history of the Shi Family in Yangliuqing, one of the richest families in old Tianjin. Now it serves as the folk custom museum in Yangliuqing which has a large collection of folk arts like Yangliuqing New Year paintings, brick sculpture, etc.

After the tour, transfer to Tianjin Railway Station to take a bullet train to Beijing (about 30 minutes). The local guide will meet you at Beijing South Railway Station and escort you to the hotel.

After breakfast, start to explore the historical face of Beijing with a brief visit to Tiananmen Square, now the largest city plaza in the world. Tiananmen Gate on the northern side of the square was the site where Chairman Mao announced the establishment of the People's Republic of China.

Stepping into the Tiananmen, you will see one of the world's five most important palaces - Forbidden City, a huge palace complex of more than 9,000 rooms where 24 emperors of the Ming and Qing Dynasties lived. Pass through various doorways in this magnificent structure to admire the beautiful and well-preserved buildings decorated with yellow-glazed tile roofs, white marble bases and splendid colorful paintings. After Forbidden City exploration, take a short visit to Jingshan Park where you can get a nice shot of one watchtower of Forbidden City and take a panoramic view of Forbidden City.

After lunch, drive to the outskirts of Beijing to spend an enjoyable time in the Summer Palace, the largest and best-preserved royal garden in China. Stroll around ancient pavilions, mansions, temples, bridges and corridors while feasting your eyes on the vast lotus in Kunming Lake and the colorful paintings in the Long Corridor.

Optional activities: 1) You can watch a wonderful Kungfu Show in the Red Theater (Hong Ju Chang) which usually starts at 19:30; 2) Enjoy the classic Chinese art performance of Beijing Opera at Liyuan Theater during 19:30-21:00. 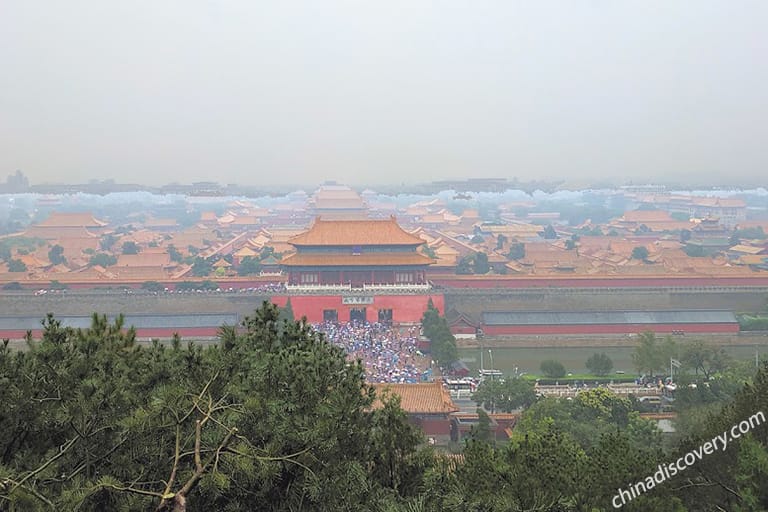 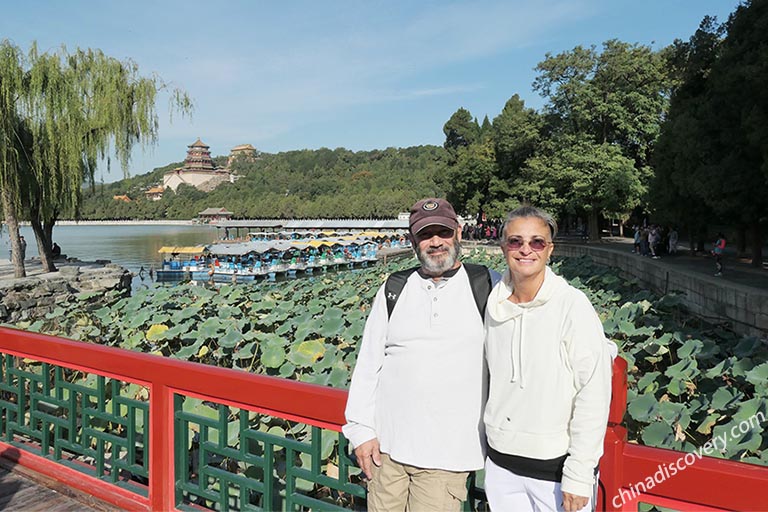 After breakfast, drive about 70km to witness one of the Seven Wonders of the World - the Great Wall. Visit the Mutianyu, a less crowded yet well-preserved segment of the Great Wall built in the Ming Dynasty. It will more than live up to all of your expectations! You’ll take a cable car to ascend the Great Wall, then hike the most beautiful and interesting part of Mutianyu and climb up its rising towers to enjoy scenic views of the wall as it wriggles along mountain ridges and you take brag-worthy photos. After the exciting time, descend by cable car. (Note: If energy permits, you can hike up or down which takes about 40 minutes to climb steps. Please tell your likes to your travel consultant.)

Continue your trip to Sacred Way, a 7-kilometer-long passage leading to the Imperial Tombs of 13 Emperors of Ming Dynasty. The Emperor, known as the Son of the Heaven, who came from Heaven to his country through the Sacred Way, also would return to Heaven through this road. Take a walk through the largest archway in China and Great Palace Gate and you’ll see the magnificent stone guard of 12 sets of mythical animals and 12 officials. Then drive back to Beijing city and take a short stop at the Beijing Olympic Village to view its famous Bird’s Nest and Water Cube from the outside.

Optional activity: After the whole day’s tour, treat yourself a great dinner to taste the famous Peking Roasted Duck at Quanjude. 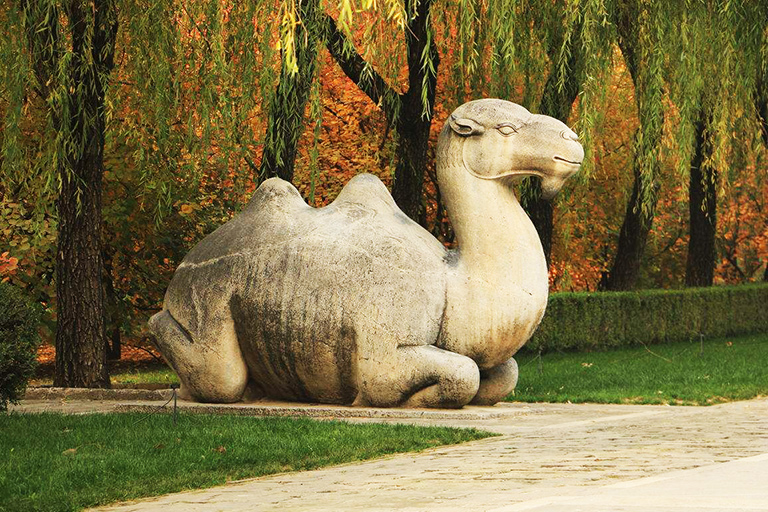 After breakfast, drive to the imperial site of the Temple of Heaven. Originally a site used to pay homage to Heaven and pray for good harvests, it is now a bustling place where locals take part in traditional activities such as Tai Chi, dancing, kite flying, water calligraphy, and others.

Then get back to the central city to hop on a rickshaw to experience the Beijing Hutongs – small alleys made by neighboring quadrangle dwellings. Shuttle among different Hutongs to get a feel of the old Beijing life style, visit various antique shops and small boutiques, and truly feel the historical changes of Beijing, also pay a visit to a local family's home in the traditional Hutongs.

Your Beijing tour is now about to end. Your tour guide will escort you to catch your flight/train to next destination. 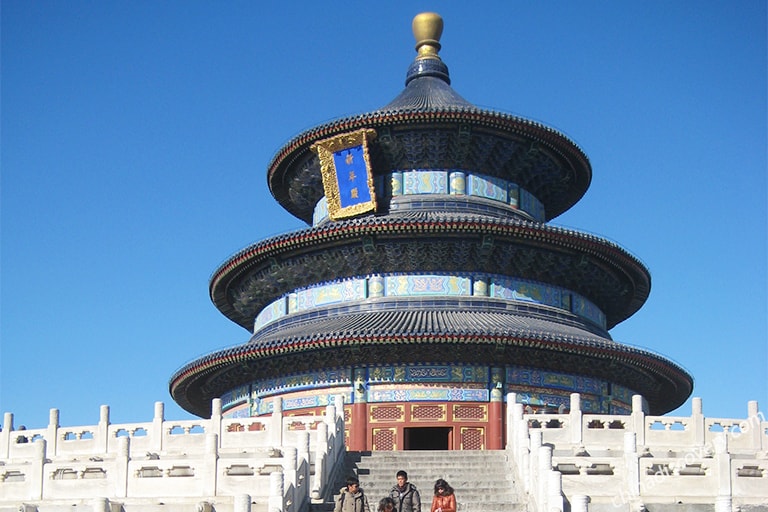