Sichuan is called the Land of Abundance and that is also proved true in its profound Buddhism and Taoism culture. If you are fond of Buddhism or Buddhists, one of the Top Four Sacred Buddhist Mountains for Bodhisattva Samantabhadra – Mount Emei, the largest stone Buddha in the world - Leshan Giant Buddha, Wenshu Monastery and Baoguang Temple…will satisfy your spiritual needs. If you seek for mystical Tao, go ahead to the birthplace of Taoism in Mount Heming, Mount Qingcheng and Qingyang Palace.

With China Discovery, let’s open our heart and free our body to begin our spiritual exploration now!

No matter you are a Buddhist who yearns for a true pilgrimage journey to the holy Buddhist mountains and sacred temples, or you are a Taoist who seeks for harmony trip between human and nature, you are in the right place for China Discovery really cares about your needs, providing well designed Buddhism / Taoism Tour in Sichuan. If you are interests in Buddhism or Taoism, you can choose your type among the following rating which will suit for you! Feel free to select your likes now!

Buddhism first reached China from India roughly 2000 years ago, during the Han Dynasty (25-220 AD) and slowly spread later. The influence of Buddhism in China reached its peak during Tang Dynasty, 618 to 907. Buddhist arts flourished and monasteries grew rich and powerful. And also, Sichuan Buddhism was developed into its peak at this time and presented as Zen Buddhism (also Chan Buddhism). In Tang Dynasty, there were some eminent monks in Sichuan, including Zhi Shen (the disciple of Hongren, the 5th Patriarch of Chan Buddhism), Daoyi in Shifang, Xuanjian in Dezhou, Guifeng in Xichong. In the reign of Taizong of Song Dynasty (980), the emperor ordered craftsmen to make bronze statue of Samantabhadra Bodhisattva and send to Mount Emei. The second peak for Buddhism development in Sichuan was during late Ming and early Qing Dynasty. Mount Emei, Zhaojue Temple, Wenshu Monastery got many reputation in the reign of Kangxi, Yongzheng and Qianlong in Qing Dynasty. At this time, the temples in Sichuan reached more than ten thousand.

To know in-depth Buddhist history, sects, temples, architectures, arts, doctrines, ideas, you can pay a visit to one of the Four Sacred Buddhist Mountain – Mount Emei, the largest stone Buddha in the world – Leshan Giant Buddha and famous temples in Chengdu. The Buddhism journey to Sichuan will be real spiritual baptism! 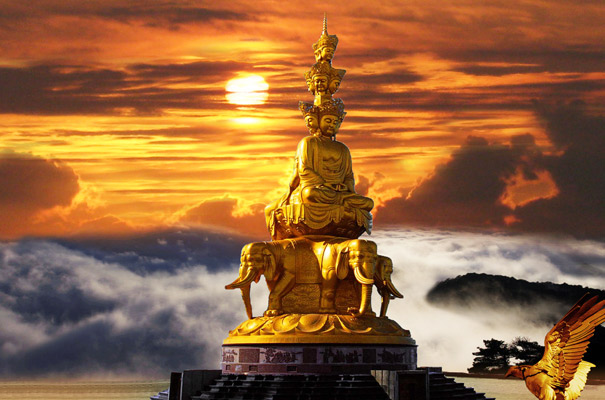 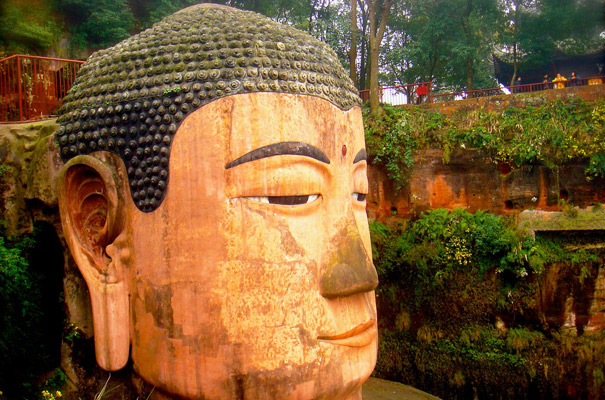 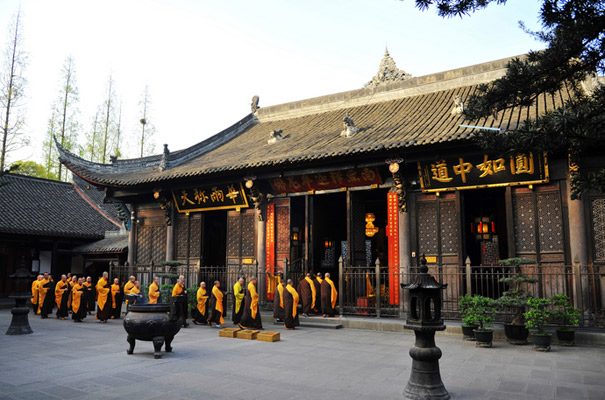 Taoism (or Daoism) is the indigenous religion in China. Taoism tends to emphasize various themes of the I Ching, the Tao Te Ching and Zhuangzi, such as naturalness, spontaneity, simplicity, detachment from desires, and most important of all, wu wei which means harmony between human and nature. However, the concepts of those keystone texts cannot be interpreted as Taoism as a whole.

Sichuan is the important birthplace of Taoism. Laozi who is traditionally regarded as the founder of Taoism and is author of the Tao Te Ching has great relationship with Qingyang Palace in Chengdu. In the late of Eastern Han Dynasty, Zhang Daoling founded the Way of the Celestial Masters sect of Taoism which is also known as the way of the Five Pecks of Rice. Zhang learnt Tao in Mount Heming and later came to Mount Qingcheng where he ascended to heaven and became immortal. Hence, Mount Qingcheng was regarded as holy mountain of “the Way of the Celestial Masters”, attracted many celestial masters to seek for Tao. The eleven important Taoist temples on Mount Qingcheng reflect the traditional architecture of western Sichuan, such as Erwang Temple, Fulong Temple, Changdao Temple built over the place where Zhang Daoling preached his doctrines, and Jianfu Palace (formerly the Zhangren Temple). Want to have a deep understanding about Tao and live a harmony life with nature? Come and visit the Taoist temples and mountains in Sichuan now! 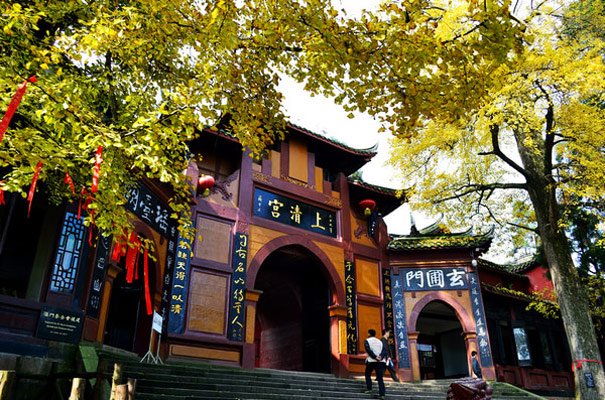 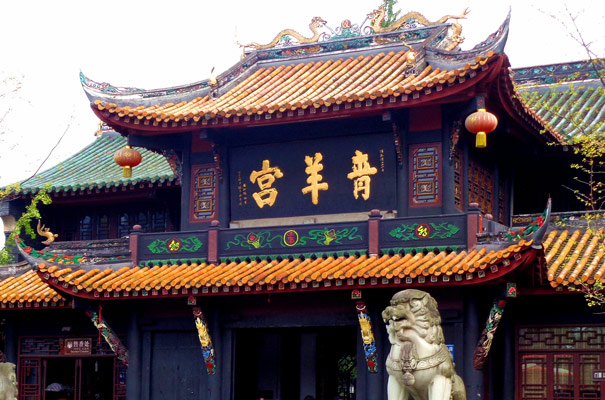 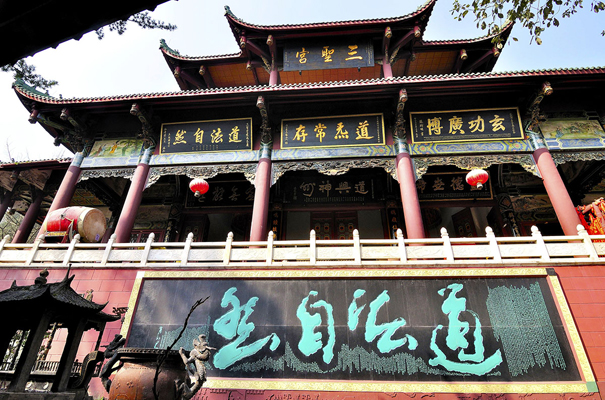