Chinese history lovers? You can’t miss Shenyang, where China’s final imperial dynasty - Qing rose and once briefly the capital of China! This 2 days Classic Shenyang Tour will take you to explore this legendary city, including its historic sites, ancient glory and history and well-preserved residences of its celebrities. You will also have opportunities to meet its modern face on its busy pedestrian street with unique Dongbei-style buildings standing by your sides.

Everything is perfectly arranged in short 2 days, including the airport/train pick-up service, admission tickets of the attractions, hotels, private vehicle and driver and knowledgeable local guide! You can enjoy your Shenyang Tour at your pace!

Welcome to Shenyang! Upon arrival, you will be met by your guide and driver at the arrival hall of Shenyang Taoxian International Airport or your appointed railway station, then be escorted to Liaoning Provincial Museum by our comfortable private car (non-smoking). Liaoning Provincial Museum is the first museum established in New China, featuring in fantastic collections of 17 categories including calligraphy, painting, silk embroidery, bronze, ceramics, etc.

After the museum tour, be driven for about 40 minutes to 1 hour to Shenyang Central Pedestrian Street (Shenyang Zhongjie). With a long history of over 400 years, Shenyang Central Pedestrian Street has long been reputed as the “No.1 Street in Northeast China”. You will spend your rest day here to search for delicious food and favorite souvenirs among the dizzying stores and shops. 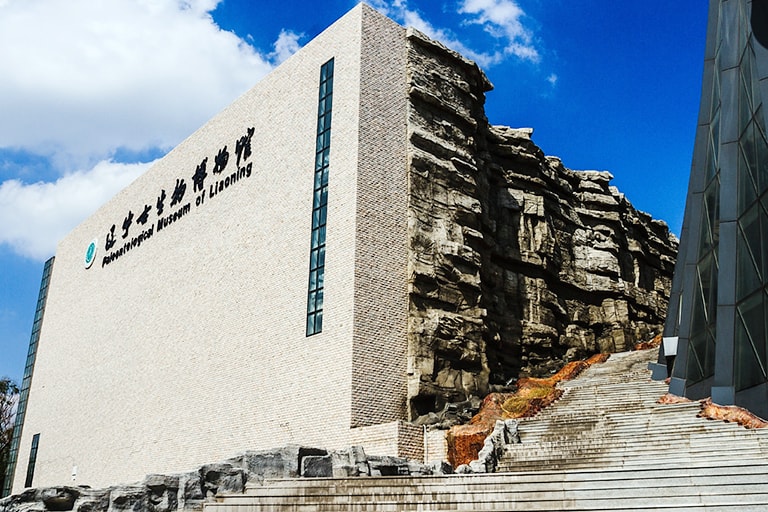 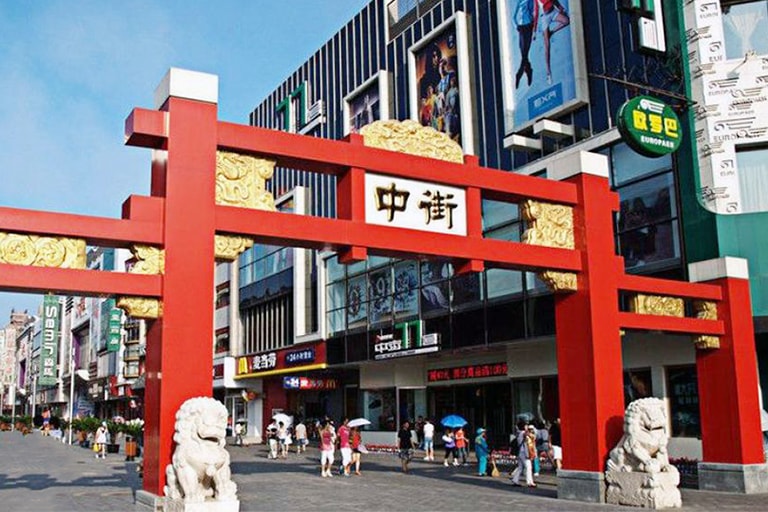 Good morning! Today after breakfast, you will be escorted to Mukden Palace to start your culture exploration. Mukden Palace, or called Shenyang Palace Museum or Shenyang Imperial Palace, is a miniature Beijing Forbidden City with unique Manchu features. In history, it was the imperial palace of Houjin, which later became Qing - China's final imperial dynasty. The glory of Mukden Palace faded in 1644, because Qing moved their capital to Beijing and chose Beijing Forbidden City to take its place as the imperial palace. However, as a vital witness of Qing’s rise and grow up, Mukden Palace is always a good history teller and well worth an up-close visit for Chinese culture fans. Being one of the UNESCO World Heritage Sites is the best proof. Here, you will trace its ancient glory while wandering around its elegant and exquisite pavilions, towers, stone carvings, theaters, archways, etc.

Thereafter, you will be driven to nearby Marshal Zhang Mansion, which was the residence of famous army marshal Zhang Zuolin and his son Zhang Xueliang. This building cluster is also the largest scale of and best preserved residence of celebrities in Northeast China. Upon arrival, you will see a vivid statue of Zhang Xueliang. Then, stroll around the old offices, living rooms and houses of the marshal and his wives and a private bank to take a glimpse of the life of this notable family. Besides, admire the beautiful furniture and over 7,000 pieces of collections to trace the history during then.

After lunch, you will be driven for about 7.5 KM / 0.5 hours or so to visit Beiling Park and Zhaoling Tomb. First, spend your leisurely early afternoon to take a park tour. Indulging yourself in the peaceful atmosphere and picturesque lake and garden views. Later, visit Zhaoling Tomb behind the park. Zhaoling is one of the Three Famous Tombs in Mukden, which was listed in the UNESCO World Heritage Sites in 2004. It is the tomb of the first Qing emperor, Hong Taiji, and his empress Xiaoduanwen.

After the tour, your guide and driver will escort you to catch your flight/train to next destination or home. Service ends!

Warm Notice: You are suggested to book a flight/train departing after 19:00pm. 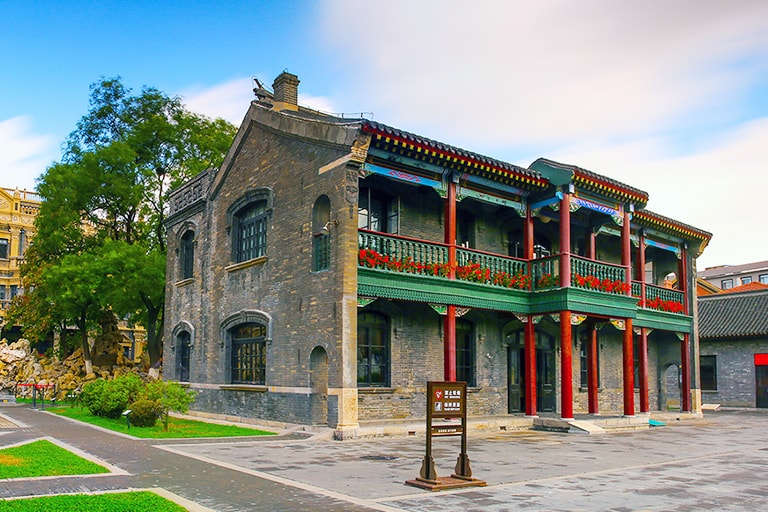 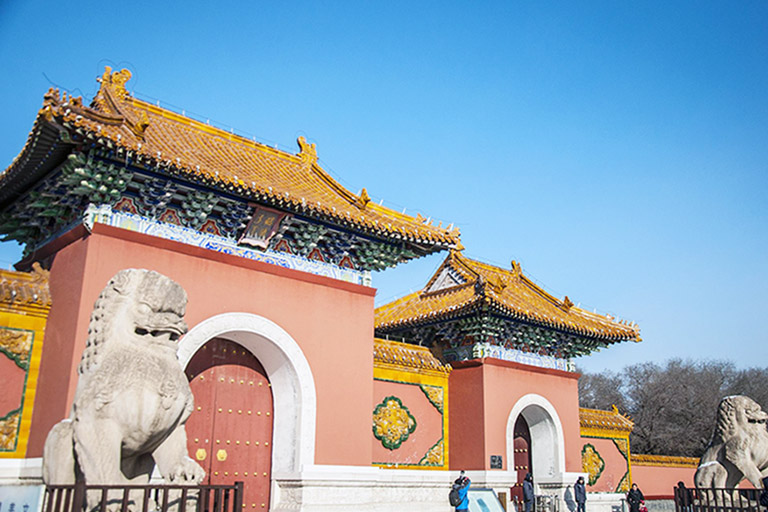 Benxi, the Capital of Maple Leaf in China, is a paradise for photographers and nature lovers in autumn. Besides, there are marvelous Karst Caves with boat trip to wind through the cave.

Driving for about half an hour or so, you will arrive in Benxi City. Travel further south from Benxi, you will find many wonderful parks, mountains and valleys to enjoy autumn maple leaf feast, including Dabinggou, Laobiangou, Guanmen Mountain, etc. Let me choose the best site for you according to your group size and interests. 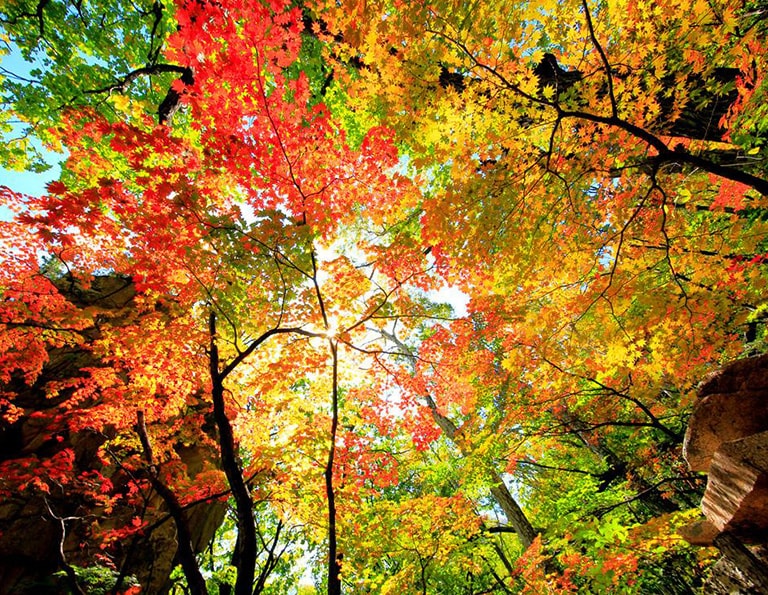