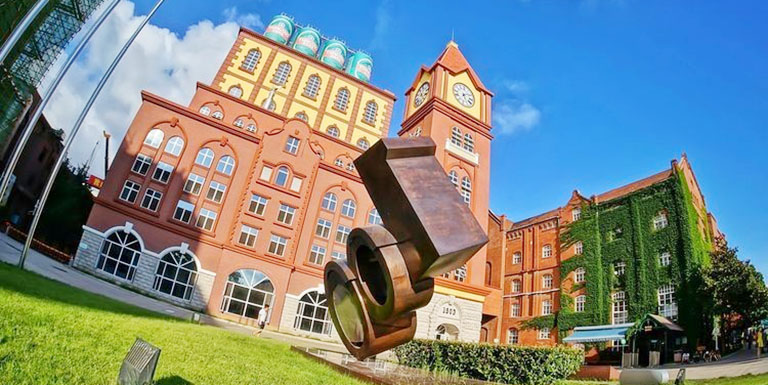 Qingdao Beer Museum is the best place to know the past and present of Tsingtao Beer, the namecard of Qingdao City. It consists of 3 sightseeing areas that you can learn the history and production process of Tsingtao Beer. It is also a good place for beer tasting, entertainment and shopping.

Qingdao Beer Museum, which combines ancient precious collection and modern design, officially opened on August 15, 2003 on the centenary day of Tsingtao Beer, one of the earliest beer production enterprises. It is located in the old factory building of Qingdao Beer. The red houses are very distinctive decorated with large beer cans on the roof. Entering the gate, you will see a square first. In the center of the square is the Arabic figure "100" statue, named "Centennial Ode", which was erected on the opening day of the museum. To the west of "Centennial Ode" is a fountain composed of beer bottles and wine glass statues. Everything here is telling you that you are in a world of beer.

As an important part of the century old Tsingtao Beer enterprise culture, Qingdao Beer Museum integrates the history of Tsingtao Beer development with profound cultural deposits, advanced technological process, beer tasting, entertainment and shopping. It is the first and first-class professional beer museum in China, praised as "the banner of China's industrial tourism" and "a real model for the protection and utilization of China's industrial heritage". 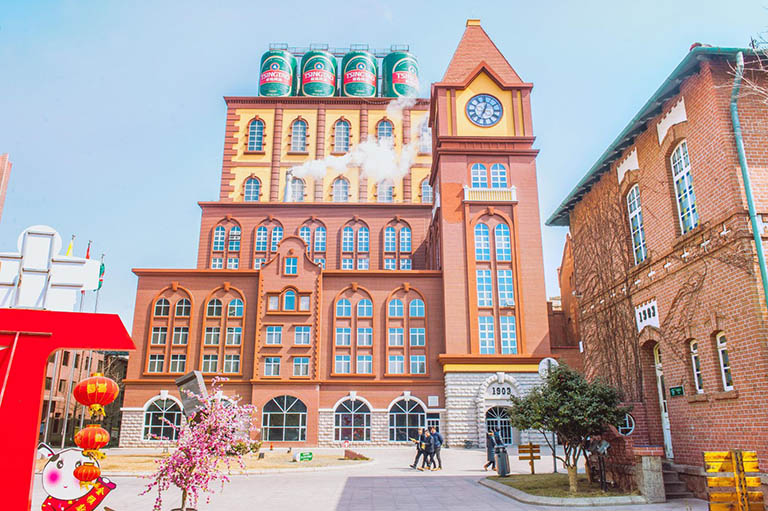 What to See in Qingdao Beer Museum

The exhibition area of Qingdao Beer Museum is more than 6000 square meters and divided into three exhibition areas. You can learn the history of Tsingtao Beer, know its production process and get a novel experience of beer here.

Talk to the Past - History & Culture Exhibition Area

In this area, tourists can learn about the centennial history and culture of Tsingtao Beer. It was established after the German occupied Qingdao, then was bought by Japan, and finally returned to China after Qingdao was liberated in 1949. Tsingtao Beer has gained countless honors and has shown a good performance in export. Many important figures from home and abroad visited Qingdao Beer Museum. There are textual and graphic materials and exhibits collected from Europe and the whole country telling about the history, showing Tsingtao Beer in various stages, introducing Qingdao Beer International Festival and the beer customs of Qingdao city. The objects on display such as the Qingdao beer trademark registered with the lighthouse of Little Qingdao in 1948 and the Qingdao beer advertisement shot in 1947 are worth seeing. 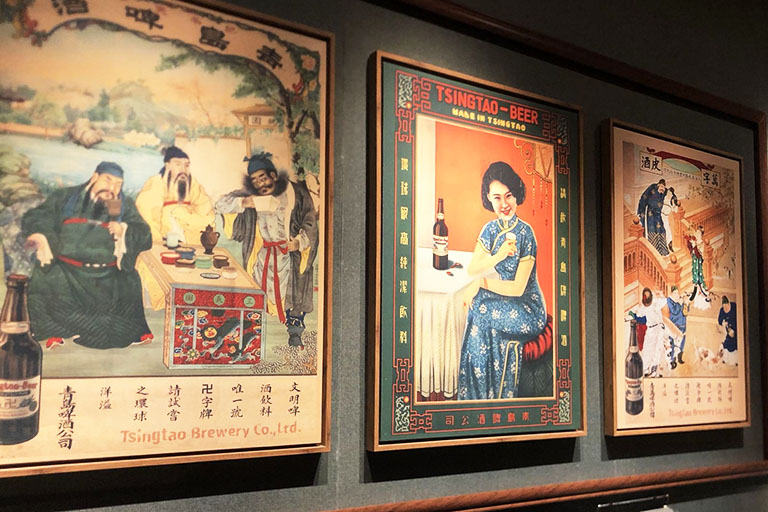 The Siemens generator made in 1896 is the treasure of this museum. The generator can still operate normally after being electrified. It has become the oldest Siemens generator in the world and the best witness of the centennial history of Tsingtao Beer. 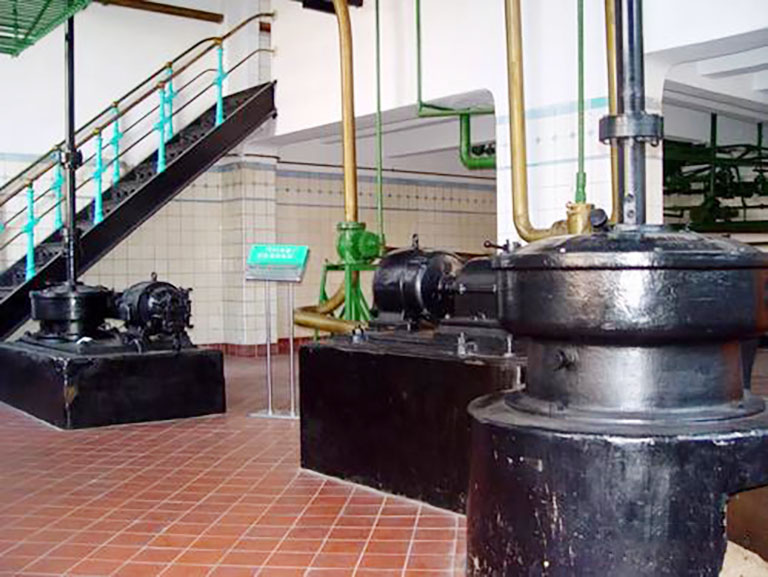 In this area, the museum brings you surprise through the technology creative projects such as holographic projection, dynamic cycling, and AR interaction. When you are there, don’t miss the Drunken House. It looks ordinary from the outside, but is specially designed to let you experience what it feels like to be drunk. In the commodity stores, there are a wide range of beer cultural creative products, such as special beer, exclusive wine sets, all kinds of wine openers, bottle chocolate, delicious beer beans, etc. The 1903 restaurant bar of Qingdao Beer Museum on the first floor can accommodate 200 people at the same time. There are authentic German roast pork elbow, German sausage and Qingdao seafood. 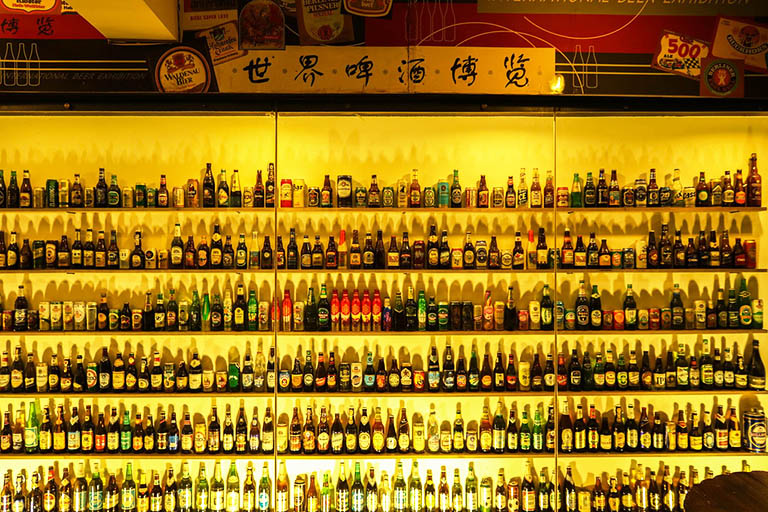 How to Get to Qingdao Beer Museum

Qingdao to Qingdao Beer Museum: Qingdao Beer Museum is not far from downtown and it is easily reached by bus. The nearest metro station is Lijinlu (利津路) on metro line 2, about 800m away, so it is also available to get there by subway. If you want to save some time, traveling by taxi is also an option. 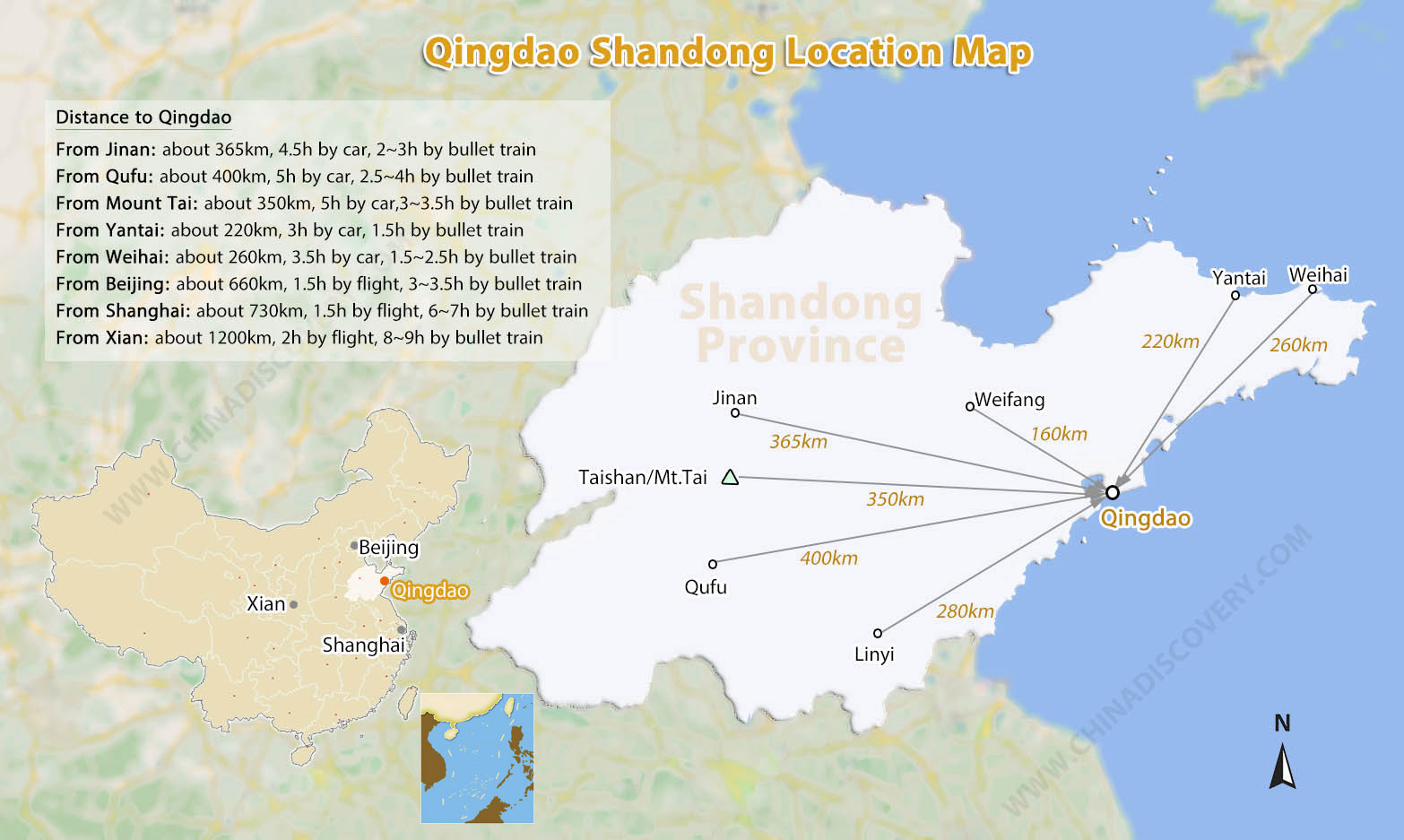 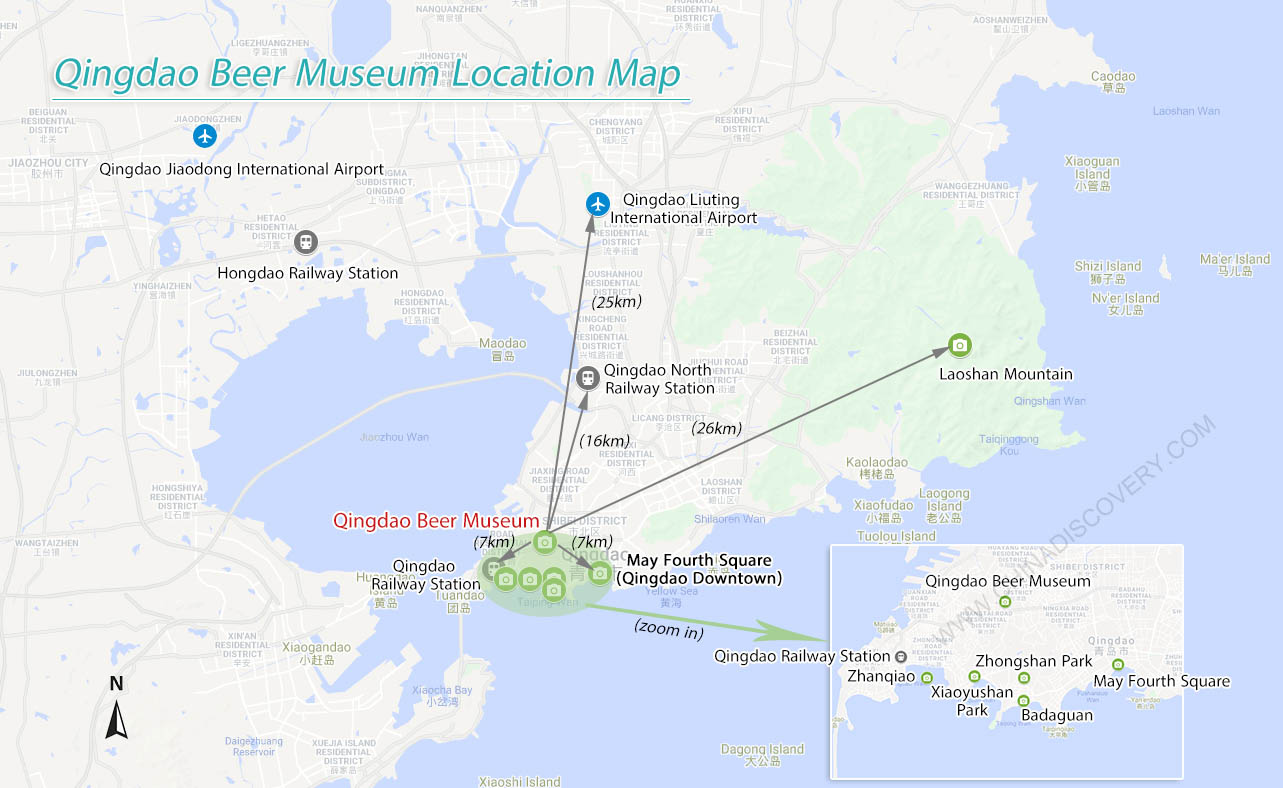 It is strongly recommended to travel with China Discovery. Our local travel guide and driver will pick you up at the airport or train station as you arrive with an air-conditioned and non-smoking vehicle, and then escort you to your hotel or every attraction listed in your itinerary. Great freedom will be given to you when you need to stop for sightseeing and photograph if possible. You are sure to enjoy a comfortable, safe and efficient experience. 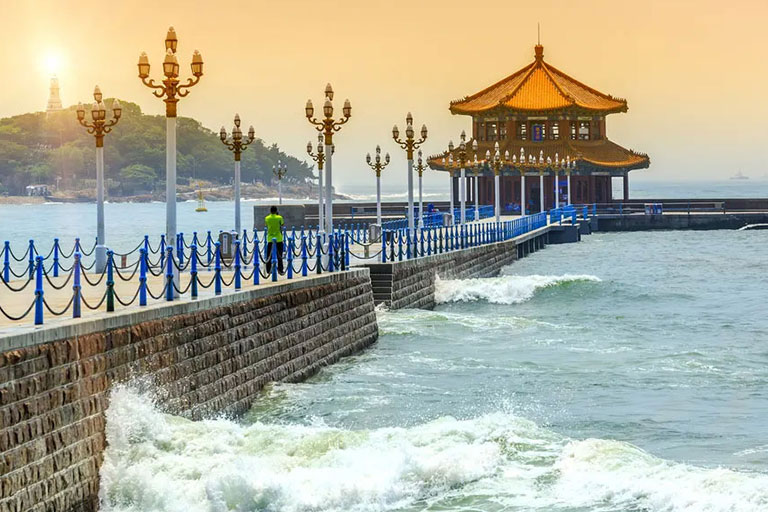 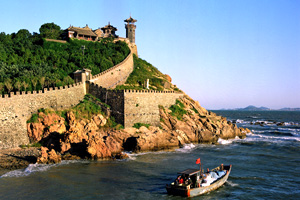