When planning a tour to Putuoshan (Mount Putuo), one of the four sacred Buddhist Mountains in China, you will find it is very hard to navigate the transportation to get there. This sacred tourist site is located on the Putuoshan Island dotting the sea east of China, without any road or bridge connecting it and its nearby cities in China. Besides, there is no airport built on this relatively small island. Therefore, cars, buses, high speed trains and flights are all inaccessible to get there, and the only way to get to Putuoshan is by ferry.

Where to take a ferry to Putuoshan? How long will it take for the ferry journey? How many ferries are available every day? Even if you've figured out the transportation features of Putuoshan, there are still a lot to concern about. Don’t worry! In this Putuoshan Ferry Guide, we will solve all your problems. Useful information like Putuoshan ferry wharfs, timetable, duration, price and so on are all listed here. We also give you detailed introductions about getting from Shanghai to Putuoshan by ferry, Ningbo to Putuoshan by Ferry and Zhoushan to Putuoshan by ferry. Let’s check them out now!

Where to Take a Ferry to Putuoshan? 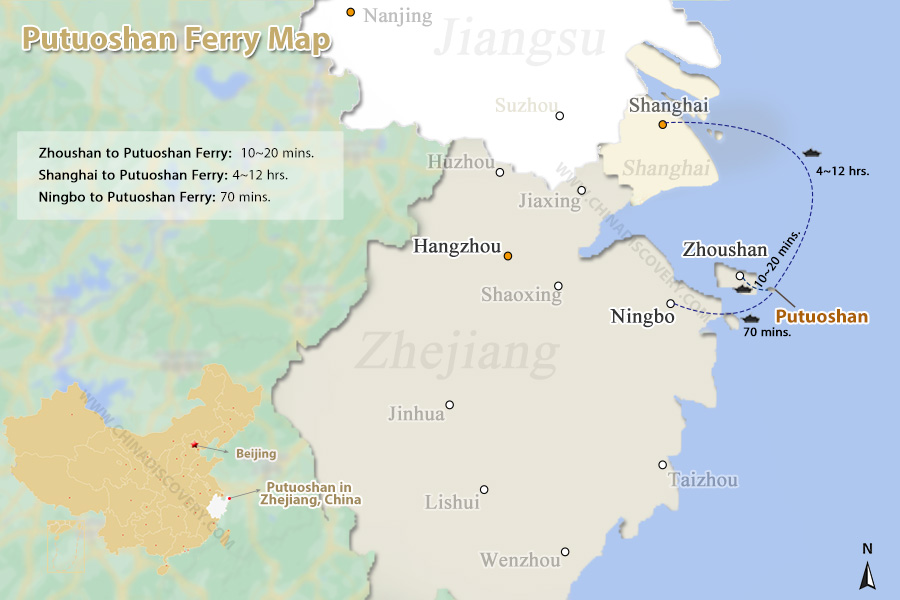 Zhoushan has two wharfs that operate ferries to Putuoshan, including Zhujiajian Wugongzhi Wharf and Shenjiamen Banshengdong Wharf. The timetable, duration and price of Zhoushan to Putuoshan Ferry and Putuoshan to Zhoushan Ferry are as follows (for your reference):

Which Wharf to Choose, Zhujiajian or Shenjiamen?

Compared with Shenjiamen Banshengdong Wharf, Zhujiajian Wugongzhi Wharf is more popular, because it enjoys a closer distance to both Zhoushan Putuoshan Airport and Putuoshan Island. Besides, only Zhujiajian Wugongzhi Wharf offers night ferries to/from Putuoshan after 17:30. However, some visitors may also choose Shenjiamen Banshengdong Wharf, because it is closer to the downtown area of Zhoushan City. 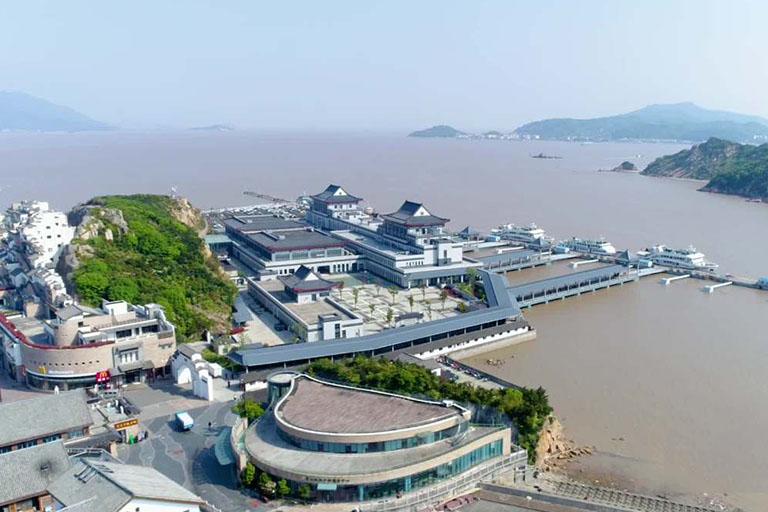 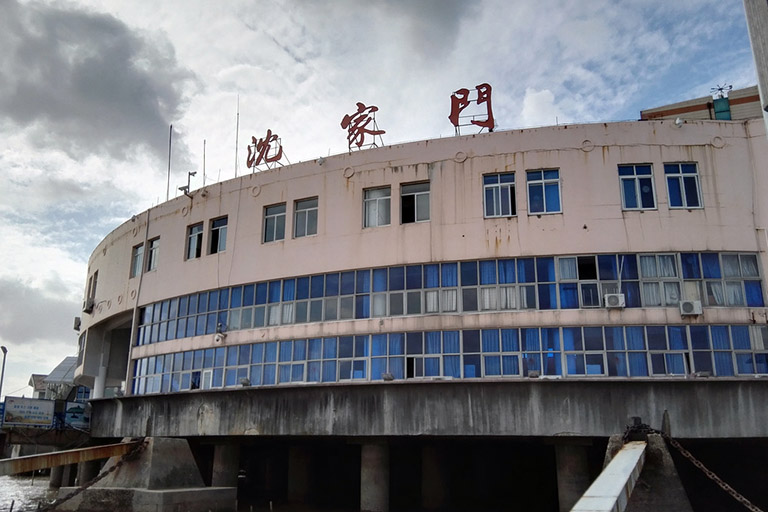 Visitors usually select the Shanghai wharf to Putuoshan according to their schedules. Luchaogang Wharf and Xiaoyangshan Wharf offer day ferry to Putuoshan, while Wusong Wharf only has one night ferry to Putuoshan. Apart from the ferry, Luchaogang Wharf and Wusong Wharf share almost the same distance to Shanghai Pudong International Airport, which takes about 1 hour in separate by car, but Wusong Wharf is closer to the downtown area of Shanghai. Xiaoyangshan Wharf belongs to Zhoushan, and it is the farthest wharf from Shanghai city center. However, there are free buses arranged in Shanghai to get there. The free buses depart from Nanpu Bridge Passenger Station in the downtown area.

Location: No.5, TaiheRoad, Baoshan District, Shanghai (吴淞码头，上海市宝山区泰和路5号) , about 1 hour to the city center of Shanghai by car 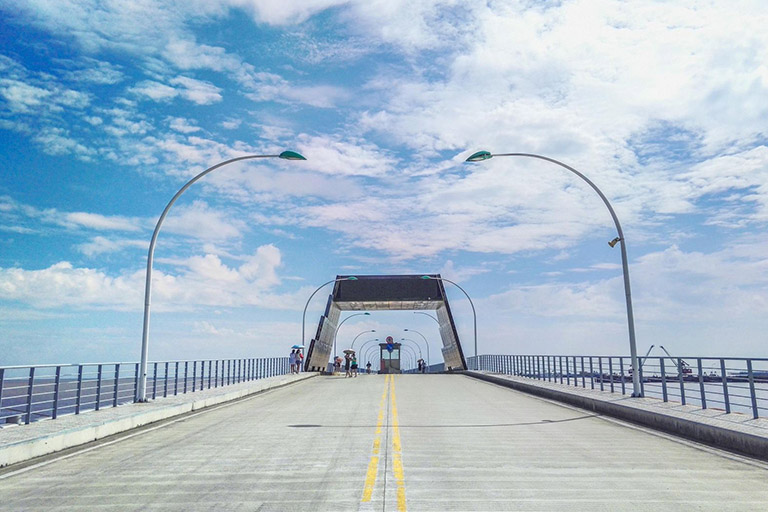 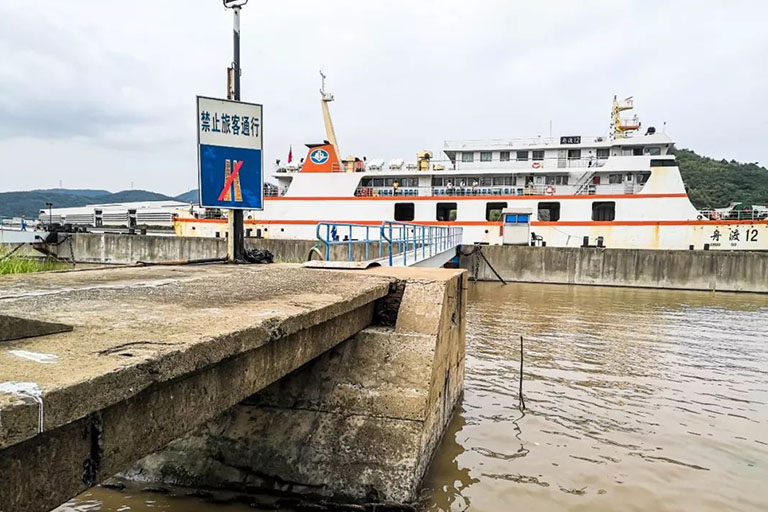 Luojiashan, also known as Mount Luojia Scenic Area, is a tiny islet of the entire Mount Putuo Scenic Area. Tourists usually stand at east bank of the Putuoshan Island to admire its magical sleeping-Buddha shape from a distance. If you want to visit up in close, you can ride a ferry from Duangu Wharf to get there. The timetable, duration and price of Putuoshan to Luojiashan Ferry and Luojiashan to Putuoshan Ferry are as follows (for your reference): 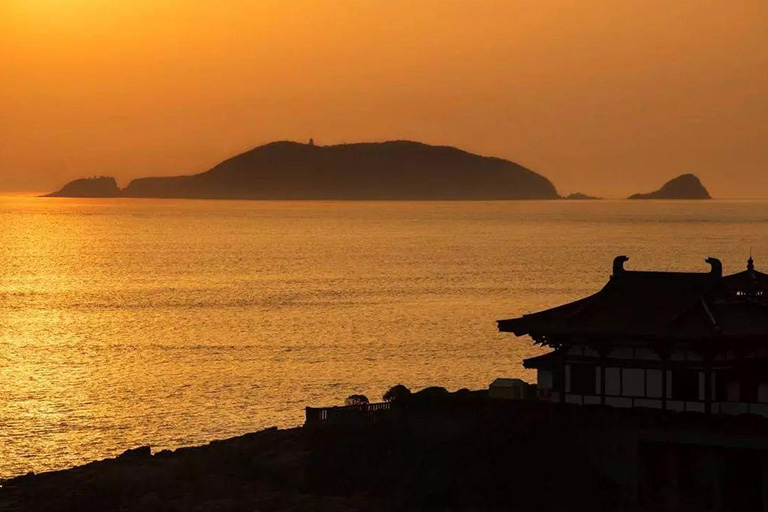 How to Plan a Putuoshan Tour

Since there is no flight or train to Putuoshan, seldom tourist visits Putuoshan directly, but goes with its popular nearby tourist cities. Shanghai, Ningbo, Hangzhou and Zhoushan are the top picks.

Touring Putuoshan and the metropolis Shanghai in one go is the hottest choice. Such a tour takes 2~5 days.

Visiting Hangzhou West Lake and Putuoshan together is also a good choice. About 3~5 days are needed.

Ningbo has an airport with frequent international and domestic flights and also has the closest high speed railway stations to Putuoshan. A Putuoshan and Ningbo tour needs about 3 days around.

If you are going to visit Putuoshan by flight or from the nearest wharfs, Zhoushan City is always the best gateway city. Therefore, taking short Zhoushan tour before heading to Putuoshan is also great. A Zhoushan Putuoshan tour takes about 2~3 days.

Some visitors also prefer to extend their Putuoshan tour to other famous Buddhist places in China, such as Mount Wutai, Mount Emei, Mount Jiuhua, etc. If you like, please feel free to tell us your preferences, and let our experienced travel consultant customize a tour for you! 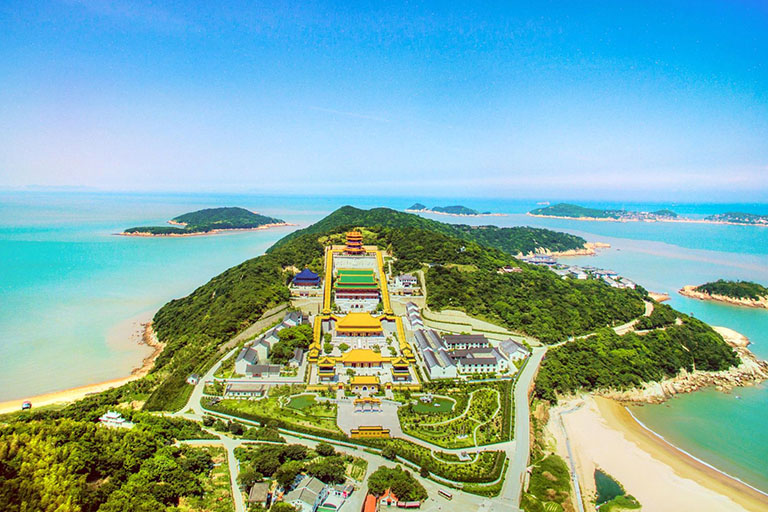 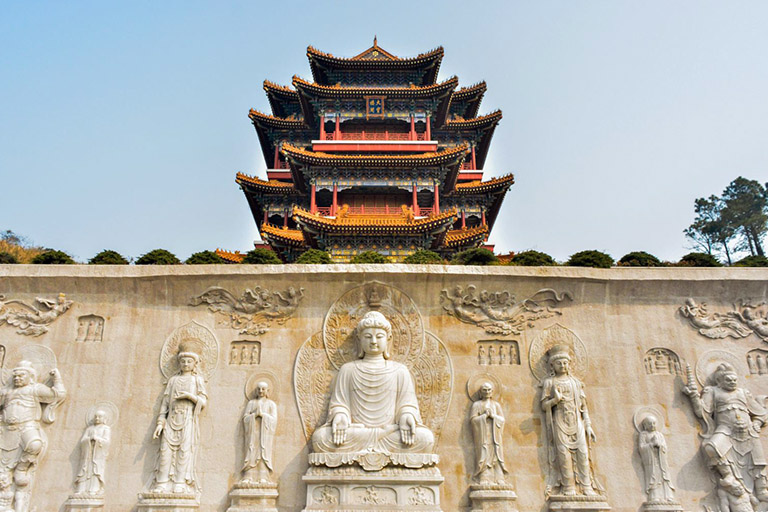 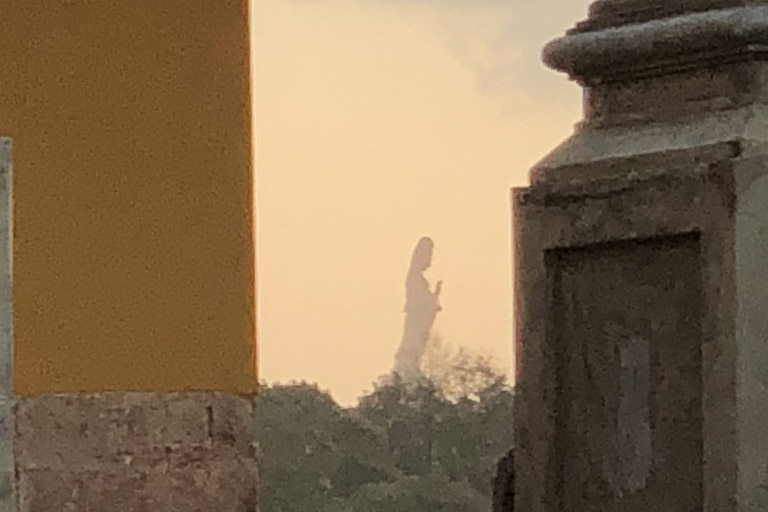 Our Customer John and his group visited Putuoshan in 2018

Looking for a worry-free Putuoshan Tour without checking ferry schedules and visiting routes? Travel with us China Discovery and let our professional travel consultant help you. No matter you are coming from Shanghai, Ningbo, Hangzhou or any other cities in and out China, we will carefully customize a perfect Putuoshan tour with your say, including your interests, budget, group size, time and every special need. Our experienced and knowledgeable guide will choose the best ferry to/from Putuoshan and introduce you the background of Putuoshan and Guanyin (Avalokitesvara, the Goddess of Mercy)!

Top 3 Putuoshan tours chosen by most customers to explore Putuoshan in the best way. Check the detailed itinerary, or tailor your own trip now with us. 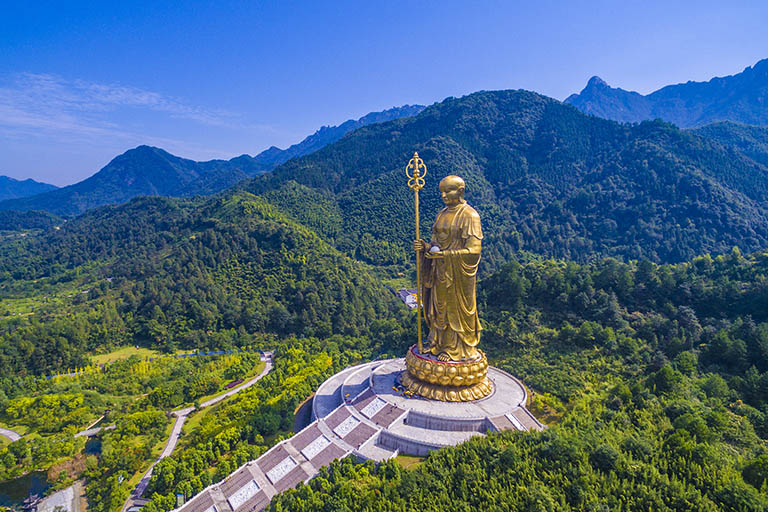