As a World Cultural and Natural Heritage site and the greatest of five sacred China Mountains, Mount Tai has been visited by over ten Chinese emperors and considered as a holy site connecting Heavens by the ancient Chinese people. How to get to Mount Tai fast and convenient? Is it easy to get around in Tai'an city to Mount Tai to hike or take a cable car on Mount Tai? Below is useful transportation info to help you better plan a Mount Tai tour.

Where is Mount Tai Located?

Mount Tai is located in Tai'an, western Shandong Province, about 72 km from Jinan, the capital city of Shandong, 85 km from Qufu, the hometown of Confucius, 455 km from Beijing and 800 km from Shanghai.

Usually, Mount Tai is also called Taishan, Mount Taishan, Mt. Tai or Taishan Mountain. Currently, there is no flight to Mount Tai, and tourists can get to Mount Tai via three main transportations: by high-speed bullet train, normal train and bus. If you take a bus/train, you can go directly to Tai'an city, and there are four entrances of Mount Tai scenic area, namely Hongmen Gate, Tianwaicun, Taihuayu in the west, and Tianzhufeng in the east. Tourists can easily grab a taxi or take a bus to any one of the starting point according to their hiking plan. If you want to take a flight, the nearest airport to Mount Tai is Jinan Yaoqiang Airport (IATA: TNA). After landing at Jinan, you can take a bus from Jinan to Mount Tai. Check the following transportation ways and choose the most suitable way to go. 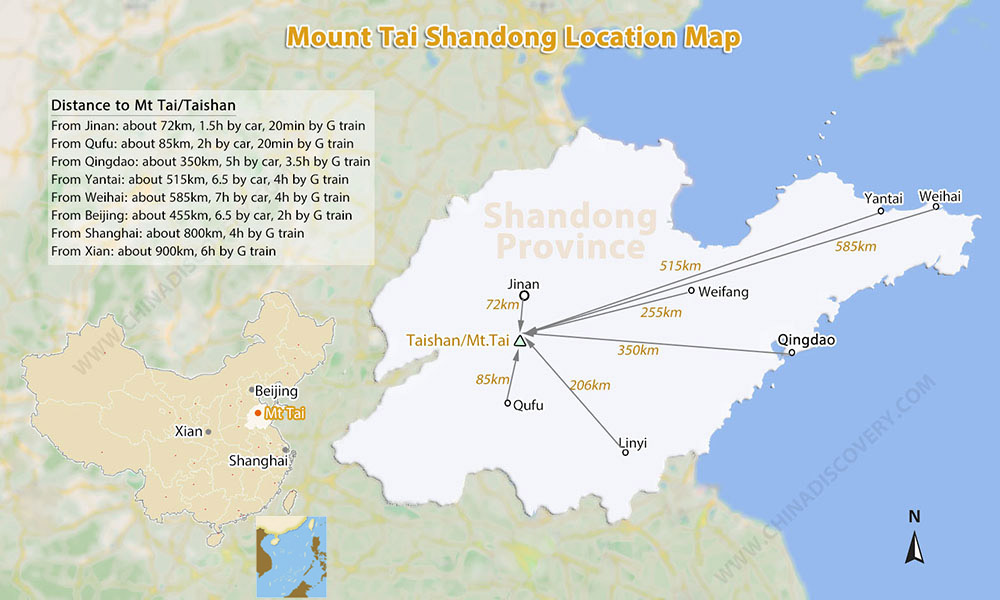 Get to Mount Tai by Train

About 6.5 km away from downtown, Tai’an Railway Station is a new station mainly for high-speed trains. It’s also the one of stations in Beijing-Shanghai Bullet trains, which takes 4.5 hours from Beijing and 6.5 hours from Shanghai. Besides, high-speed trains between Tai’an and Jinan, Qingdao are quite fast, with 50 minutes and 3.5 hours respectively. 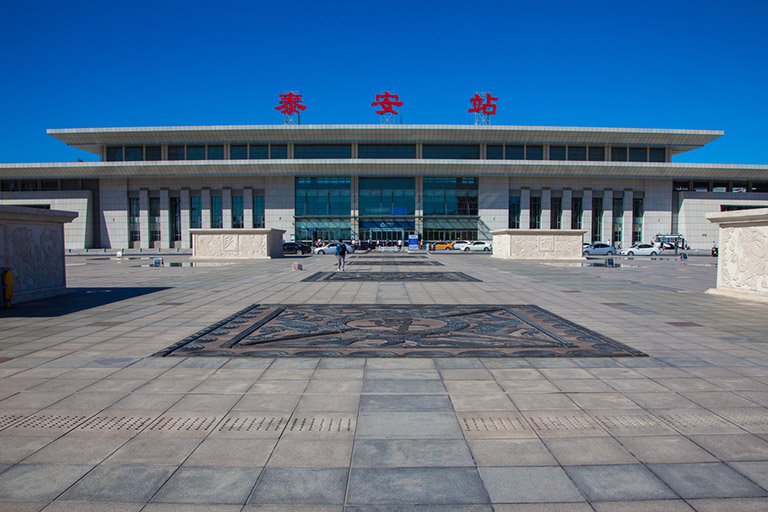 Get from Tai'an Railway Station to Mount Tai: After getting off from high-speed trains to Tai'an, most people choose to get to the Hongmen Gate (红门) of Mount Tai from Tai'an Railway Station, and the distance is about 13km, and taxies are easily to grab with the duration about 40min and the bus no. 17 and tourist no. 1 are running toward the gate, taking about 1 hour. Besides Hongmen Gate, visitors heading for the gate at Tianwaicun (天外村) can take a taxi (11km, about 30min), or bus (tourist no.1, 2, and city bus 68) reaching there in about 55min.

Located in downtown, Taishan Railway Station now is a stopover station for ordinary trains like K and T trains. Each day, there are 94 trains passing by within 2-15 minutes to get on/off, which are running through Beijing, Shanghai, Guangzhou, Xi’an, Chongqing and etc. It takes 11 hours for Shanghai and 8 hours for Beijing. 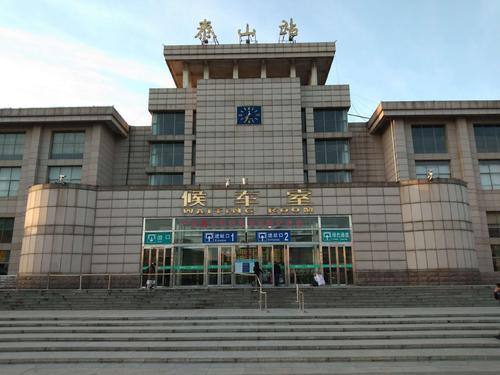 Get to Mount Tai by Bus

Tai'an City is well-connected with highways networks. Both Beijing Shanghai Expressway and Taian Zibo Expressway pass through the region of Tai'an, which allowes the connections between Taian and cities like Beijing, Shanghai, Fuzhou outside Shandong province. Within the province, Jinan, Qingdao, Yantai, Weihai, Rizhao and Zibo can be connected. There are four bus stations in Tai'an City, namely, Tai'an Bus Station (泰安汽车站), Taishan Bus Station (泰山汽车站), Tai'an Transportation Hotel Bus Station (泰安交通宾馆汽车站) and Taian New Bus Station (泰安新汽车站). Taian Bus Station, which is the oldest bus station among them, is the most frequently used one. 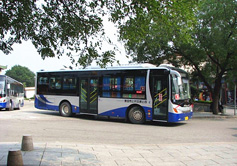 Tai'an bus station is divided into south staion and north station. The south station is located at No.1 Longtan Road, which is station mainly for arrival, while the north station in the west end of Dongyue street. Generally, there are many buses departing from Tai'an, to most of the important counties and cities in Shandong Province, including Jinan, Qinghai, Zibo, Yantai, Rizhao, Penglai, Weihai, etc. There are also provincial buses to Beijing, Tianjin, Shijiazhuang, Zhengzhou, Baoding, Xuzhou, Kaifeng, etc.

Get from Jinan to Mount Tai

About 350 km (5 hours’ drive) from Qingdao, Mount Tai, or Taishan Mountain, is a world cultural and natural heritage site, and popular tourist destination in Shandong province, and some travelers would go to Mount Tai from city Qingdao. There are 6 high speed trains (3.5 hours) a day from Qingdao to Taian Railway Station (18 km, 50 minutes’ drive to Mount Tai) and about 10 normal trains (5.5 hours) to Taishan Railway Station (5 km, 20 minutes’ drive to Mount Tai). So you need to make sure which train station you are arriving at. 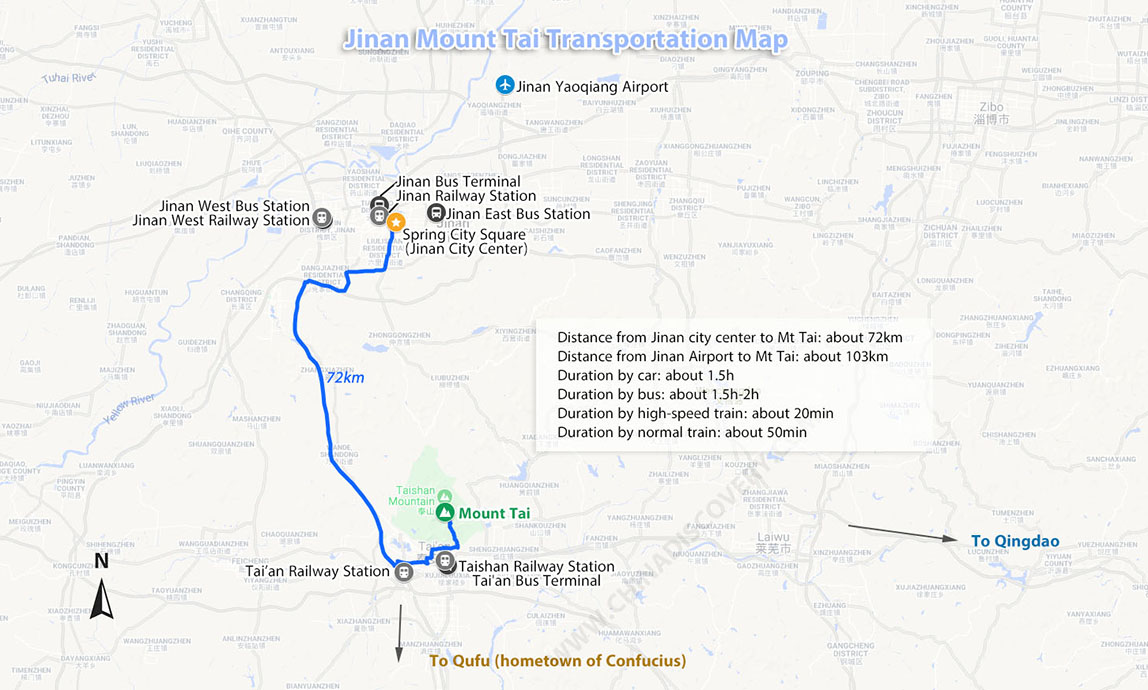 Get from Qingdao to Mount Tai

About 72 km (1.5 hours’ drive) from the capital and the "city of springs" of Shandong - Jinan, Mount Tai is easy to reach by both train and car, most travelers would go to both Mount Tai and Jinan. There are over 40 high speed trains (20min) a day from Jinan to Taian Railway Station and over 20 normal trains (50min) to Taishan Railway Station (4 km, 20 minutes’ drive to Mount Tai). Besides, nearly 20 buses leave for Mount Tai from different bus stations of Jinan, even including the bus center from Jinan Airport.>>Learn More about Jinan to Mount Tai 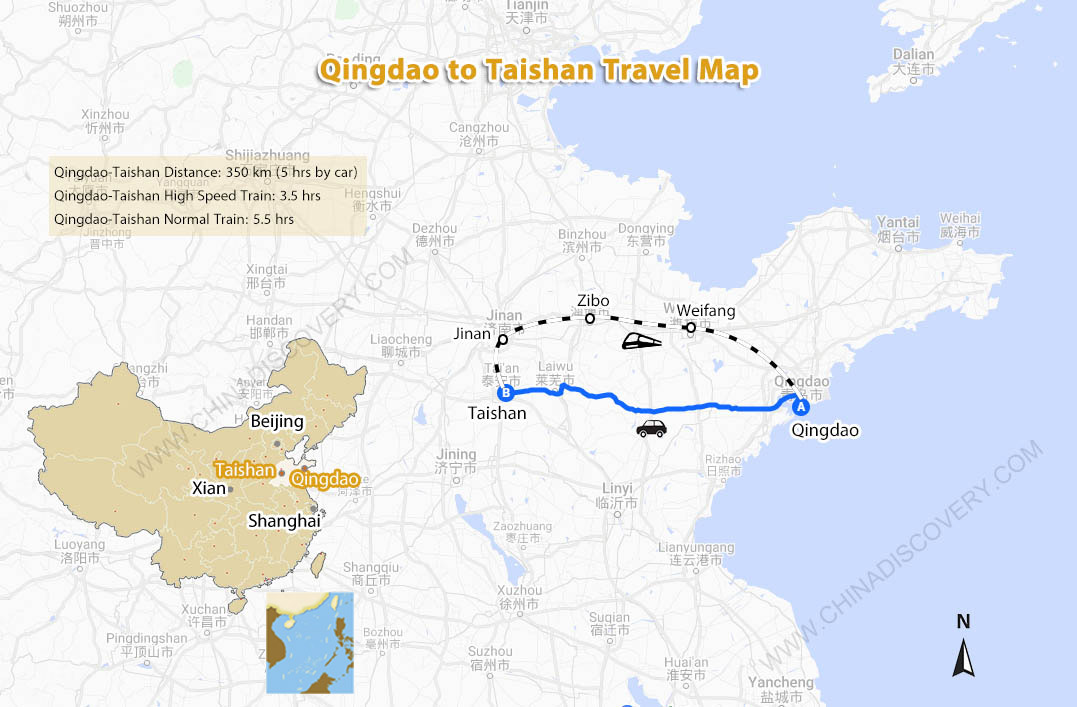 Get from Qufu to Mount Tai 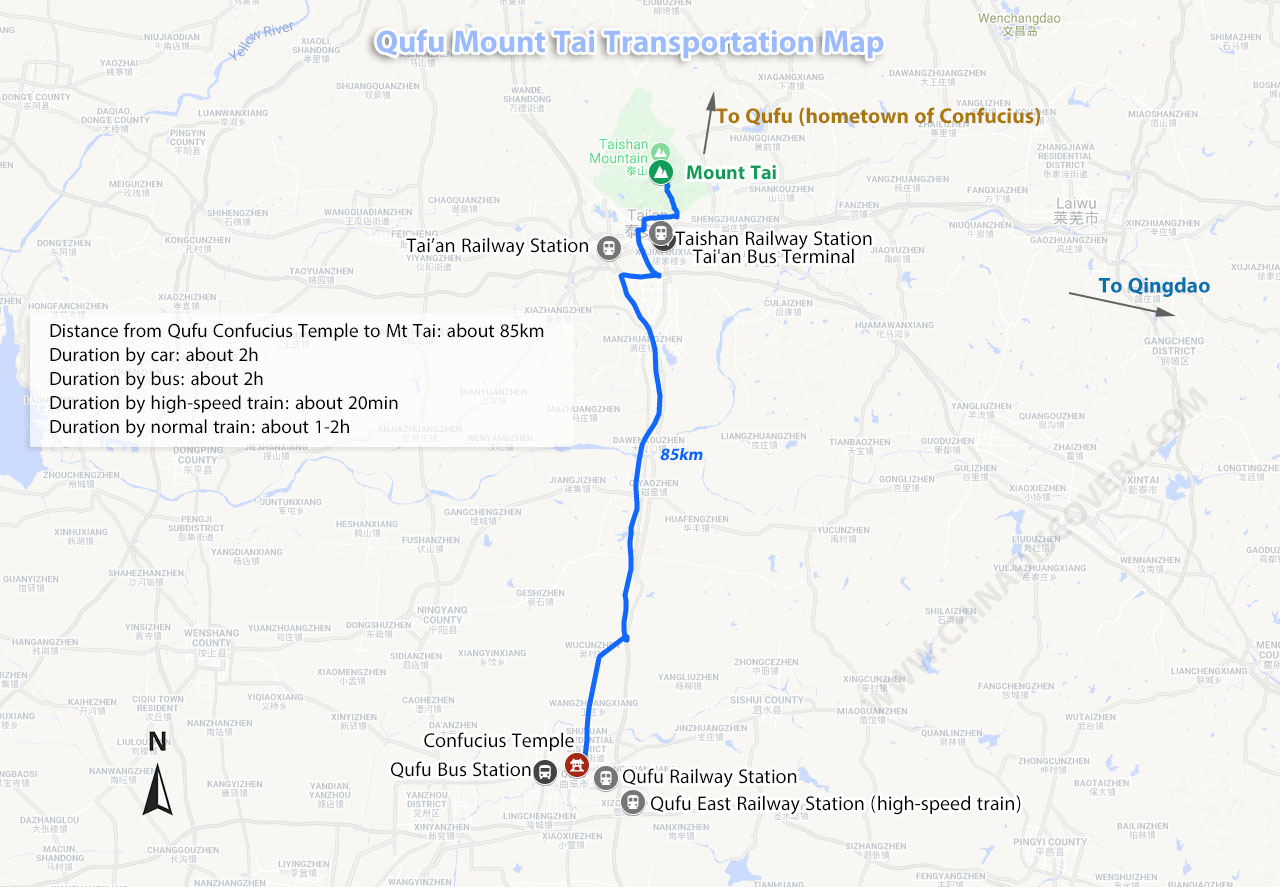 How to Get Around Mount Tai

Since most of tourists come to Tai’an for Mount Taishan, the main traffic inquiry is all about how to get to Mount Tai. There are 4 entrances of Mount Tai, located from west to east: Taihuayu (Peach Blossom Valley), Tianwaicun (Tianwai Village), Hongmen Gate (Red Gate) and Tianzhufeng Peak (Heavenly Candle Peak). Among the four entrances, Hongmen Gate and Taiwaicun are the most popular ones to start Mount Tai hiking. No matter which entrance you decided to go, besides taking a taxi, there are always buses to get there: 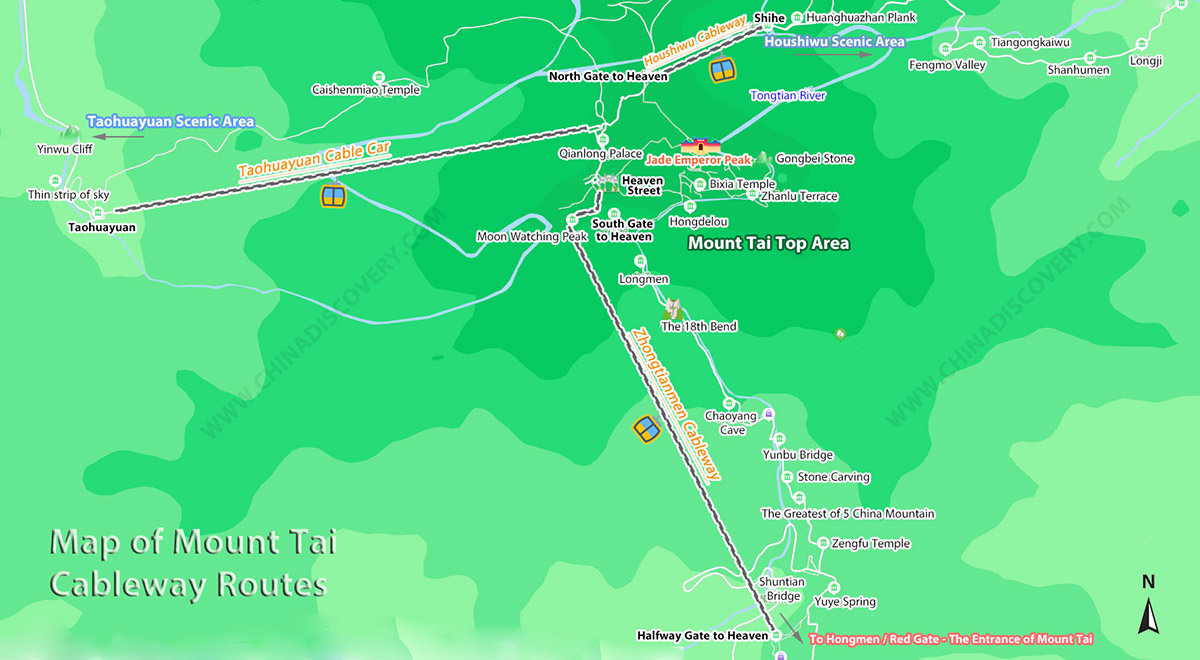 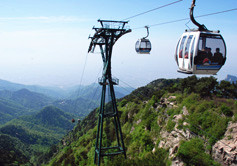 After getting to Mount Tai, there are tourist buses and cable cars serving in certain routes for you to reach the top area faster. You can take tourist bus first and transfer cable car to get to peak area.

How to Plan Your Mount Tai Tour

How to Get to Mount Tai: You can take both high-speed trains and normal trains to Tai’an from Beijing, Shanghai, Xian, Tianjin, Qingdao, Jinan, Weihai, Yantai, Zhengzhou, etc.

Best Time to Visit Mount Tai: From March to mid-October. It might be very crowded on weekends and the Chinese holidays.

Located in Tai'an City, Shandong, Mount Tai (aka Taishan Mountain), is regarded as the greatest of the Five Sacred Mountains in China, and listed as a UNESCO World Natural & Cultural Heritage Site in 1987. The highest Jade Emperor Peak is recorded about 1545 meters above sea level. Hiking uphill you can trek along the worshiping spots path the ancient Chinese emperors had come for; Reaching the top, you can have a panoramic view of the whole Taian city and enjoying the stunning sunrise and sunset, and it is recommended to spend 2 full days exploring the best highlights of Mount Tai including the Daimiao Temple (Museum of Taian City) at the foot of Mount Tai. You can also visit Mount Tai in a single day by taking sightseeing bus to Zhongtianmen, then hiking to the summit and descending by cable car.

Taking a high-speed train and spending 2 more days, you can extend your trip to the nearby “City of Spring”, Jinan which nourishes a number of famous springs and lakes of China, such as Baotu Spring Park, Daming Lake, Black Tiger Spring, etc. Also, about 85 km to Mount Tai is Qufu, the hometown of the greatest sage of China, Confucius, and you may understand the deep-rooted Chinese culture as you stepping into the Confucius Temple, Kong Forest, and Kong Mansion.

Besides these cities near Mount Tai, Shandong greets you with not only the splendid culture but also the beautiful coastlines. The refreshing ocean air from Qingdao blows the fragrance from the old Beer factories; the colorful kites fly over the city Weifang and swans in pairs nestle in the havens of Weihai by the shimmering sea...all of these highlights of Shandong can be covered in about 8 days. Beyond Shandong, travelers often extend trip further to Beijing, Xian, Datong & Pingyao (in Shanxi), Luoyang & Shaolin Temple & Kaifeng (in Henan) and more stunning heritages and nature sights in China.

China Discovery is an experienced, professional, and reliable travel companion devoted to offering high-quality and the best tour services for all travelers to China. In order to have a hassle-free journey and focus on the trip itself, it’s highly recommended traveling with China Discovery. So, you can enjoy convenient airport pick-up and drop-off service and transportation to all scenic spots in a safe, clean, comfortable, air-conditioned, and non-smoking vehicle. Also, we will arrange a knowledgeable local tour guide, excellent accommodation, and dining arrangements to ensure you rest well and get a better understanding of springs culture in Jinan, Confucianism in Qufu, and Mount Tai culture in Shandong. You may select a favorite from our most popular Mount Tai tours or contact us to design a unique itinerary according to your personal time and preference. 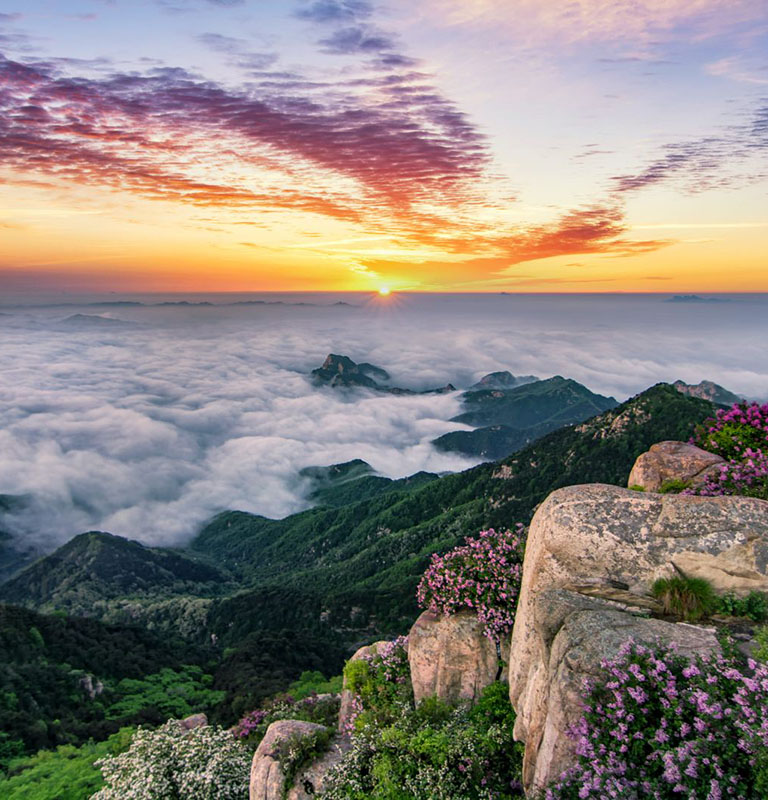 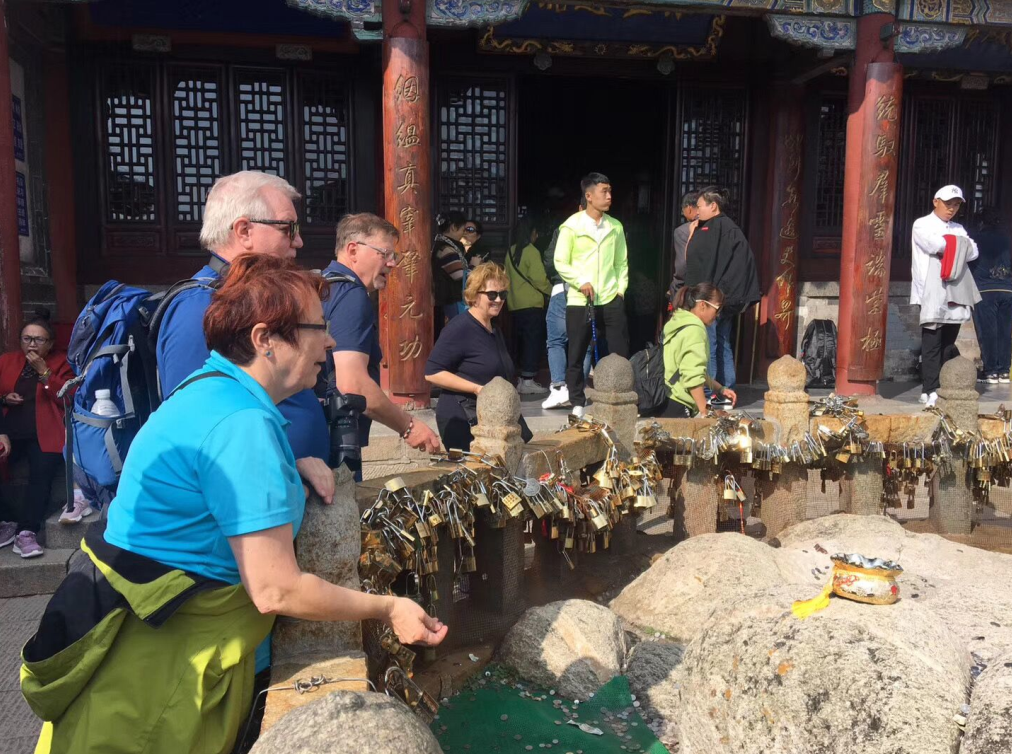 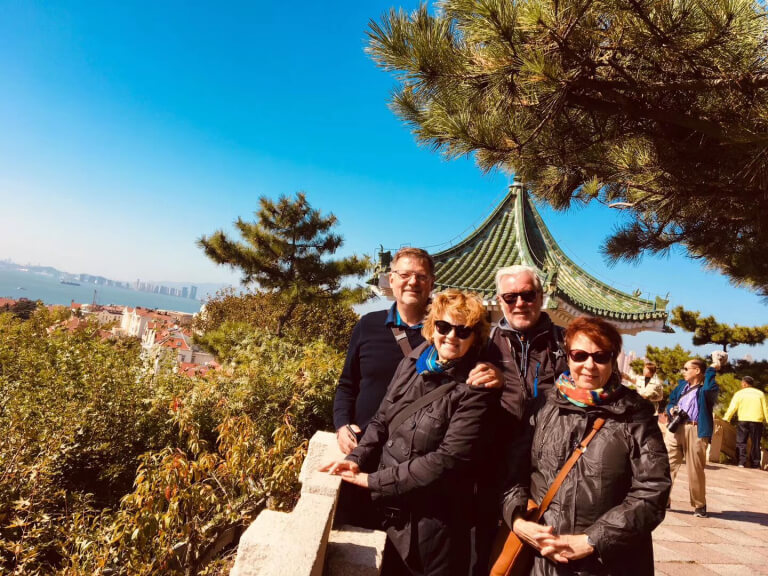 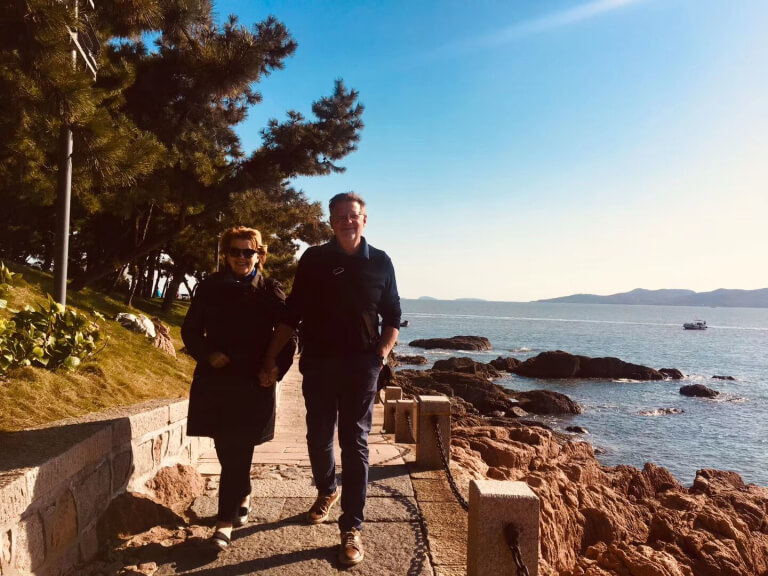