Riding a fast and comfortable high speed train for 2 hours from Beijing, you can get to two magnificent UNESCO World Heritage Sites - Mount Tai and Qufu Confucian Sites. If you have two days off or a free weekend in Beijing, please don’t hesitate to plan a trip now. Within 2 brief days, with the help of bullet train transfer, you can visit the sacred Confucius Temple also enjoy a wonderful hiking on Mount Tai, the most famous mountain in China. With our time-efficient itinerary and fully-inclusive packaged tour services, you can focus 100% on enjoying the fun of cultural exploration and natural feast.

This morning, our tour guide in Beijing will pick you up from your hotel in Beijing, then take you to catch your high speed train to Qufu (about 2.5hrs), Shandong Province. Upon arrival at Qufu train station, you will be welcomed by local tour guide who will accompany you to explore the life story of the great sage Confucius and his influential Confucianism in three sacred sites in Qufu – Confucius Temple, Kong Family Mansion and Confucius Cemetery.

The Confucius Temple is the largest and most influential temple of Confucius in East Asia. It was originally constructed on the former residence of Confucius in 478 BC, two years after Confucius’ death. The history of the tradition of paying homage in the Confucius Temple can be traced back to 205 BC when the emperor Gao of West Han Dynasty offered sacrifices to memorize Confucius and blessed for good fortune for his empire. Since then, many emperors and high officials followed Gao’s example. In total, there were 12 emperors of different dynasties came to Qufu Confucius Temple personally to worship Confucius.

The Kong (Confucius’ family name) Family Mansion is located to the east of the Confucius Temple. It was the home to Holy Duke of Yen, the direct descendants of Confucius who were in charge of governing the Confucian sites and organizing elaborate ceremonies to worship Confucius. Since its establishment in northern Song Dynasty, the descendants of Confucius have lived, also worked in the mansion for over a thousand years.

The Confucius Cemetery is the private cemetery of Confucius, his more than 100,000 descendants and some of his disciples. The oldest graves can be traced back to Zhou Dynasty, and the most recent graves belong to the 78th generation of Kong family. They are the witnesser of the dominant position of Confucianism in the long feudal society of China.

After the tour, go to check in to your hotel in Qufu City. 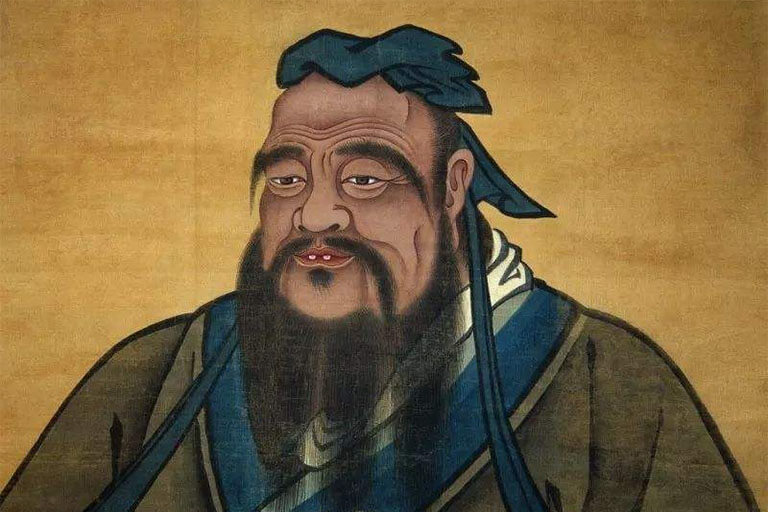 After breakfast, meet your guide and driver in your hotel and drive about 75km (1.5hrs) to Mount Tai (1524m). Mount Tai is the holiest of all mountains in China. Because of its history, majesty and stunning scenery, it was listed as World Cultural and Natural Heritage Site (the first one of its category) in 1987, and was announced to be a World Geopark later in 2006. Mount Tai has been a significant place of worship for over 3000 years. It was regarded by the ancients as the heaven of "direct access to the throne". From Shihuang Emperor of Qin Dynasty to the Qing Dynasty, there were 13 emperors came to Mount Tai to offer sacrifices. The great sage Confucius once hiked the mountain and claimed “the world is small”.

You will arrive at the Tourist Center first, then shift on to a sightseeing bus (about 30mins) and head along a zigzag but stunning road to the halfway point of the Mount Tai – Zhongtianmen (Middle Heaven Gate 800m). The hiking trail starts from here to Nantianmen (South Heaven Gate), which is the most highlighting part of Mount Tai hiking with more than 6000 uprising steps The steep trails demand much energy and time. You can lower your pace with stops to visit the ancient temples, historical relics, spectacular pine trees and stone inscription of different times. Finally, you will get to Nantianmen (South Heaven Gate 1460m), which means you have already put your steps on the top of Mount Tai. It’s time to slow down your steps to explore the essence of Mount Tai. You can wander leisurely on the Heavenly Street, worship in the Jade Emperor Hall which has a centuries old altar used for worshiping ceremony, appreciate rock inscription of Chinese calligraphy, look out over the peaks, enjoy the sea of clouds, etc.

After about 2 hours’ exploration on Mount Tai, you will descend the mountain by a cable car. Take the sightseeing bus back to the tourist center. Your driver is ready to escort you to catch your high speed train back to Beijing. Tour ends. 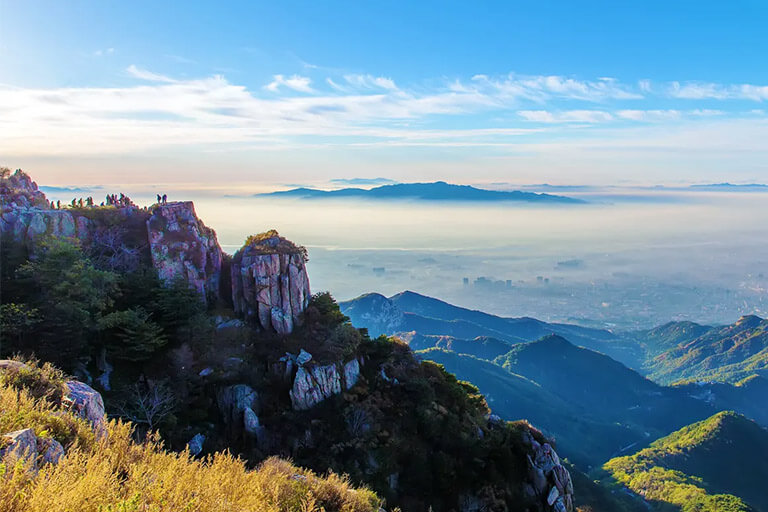