Mount Tai is the most hiked mountain in China due to its magnificent cultural value and stunning landscape. Ancient Chinese emperors also hiked to the summit of Mount Tai to show their respects and offer sacrifices to the Gods, which makes Mount Tai hiking a legendary “imperial route”. There are over 6000 steep steps from the mountain foot to the summit, and one usually needs about 6 or more hours to finish the hike. To be honest, Mount Tai doesn't have to be a gruelling hike if you plan your trip properly like how China Discovery suggests. You can rely on the convenient sightseeing bus and cable cars so that you can focus on the finest scenery and best temple. That’s what our 2 Days Enjoyable Mount Tai Hiking Tour will bring you – the most classic and enjoyable Mount Tai itinerary.

Welcome to Tai’an, the city at the foot of Mount Tai. Your tour guide and driver will meet you at Tai’an Train Station, then escort you to check in to your hotel in Tai’an downtown.

After a short orientation in your hotel, you will be taken to visit Dai Temple which is the epitome of Mount Tai's history and culture with important historical and artistic values. Originally built in the Han Dynasty, it is the place where ancient Chinese emperors worship the gods of Mount Tai and hold the ceremony of sacrifice. With a total area of 100000 square meters, it is one of four largest existing ancient building complexes in China (the other three are Forbidden Palace in Beijing, Confucian Sites in Qufu and Chengdu Royal Mountain Resorts). Tianfu Hall, the main building, was founded in the Song Dynasty, was built with the highest standard of ancient Chinese architecture. It is one of the three palace buildings in ancient China (the other two are Taihe Hall in Forbidden City, Dacheng Hall in Confucius Temple Qufu). The large-scale mural in the hall is one of the best existing Taoist murals in China, with high historical and artistic value. There are more than 200 ancient trees in Dai Temple, among which "Han Dynasty Cypress" and "Tang Dynasty Locusts" are the most famous.

Dai Temple also acts as a national museum. It preserves the sacrificial utensils, offerings and handicrafts of the emperors of past dynasties to worship the God of Mount Tai. There are 211 stele inscriptions in all dynasties since Qin and Han Dynasties, which is known as "Stele Forest". The most famous one is the Qin Dynasty Stele which is praised as "the ancestor of all Chinese steles", which engraves the merits and virtues of Qin Shi Huang, the first emperor of a unified China.

After visiting Dai Temple, return to your hotel in Tai’an city.

Optional evening activity: enjoy the live show "Fengchan Ceremony" which is grand and magnificent in scale, integrated with beautiful music and dances, representing you the vivid scene of how ancient emperors of different dynasties paying homage and offering sacrifice to the God. 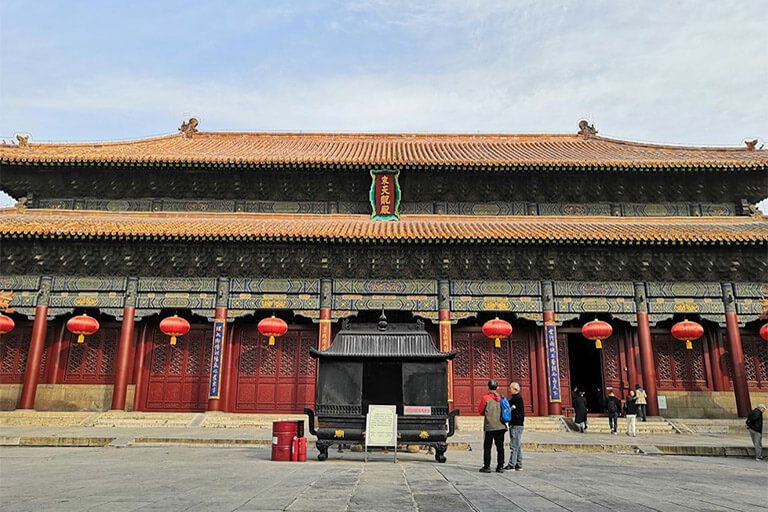 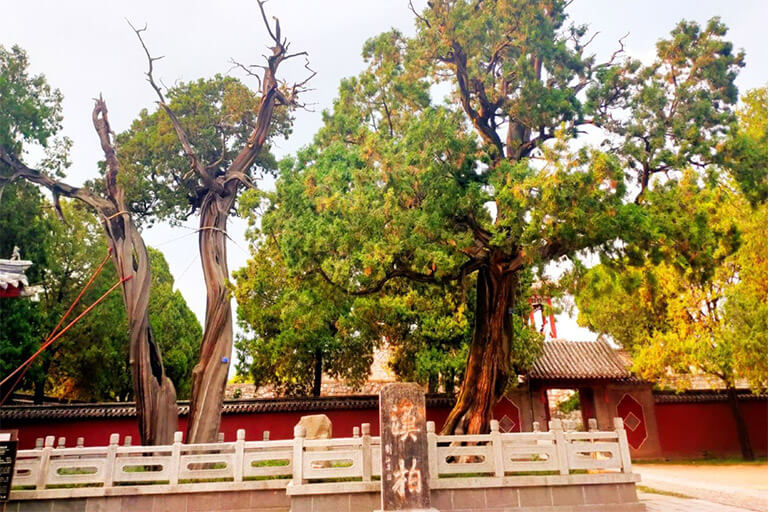 After breakfast, meet your guide and driver in your hotel and drive about 30 minutes to Mount Tai (1524m). Mount Tai is the holiest of all mountains in China. Because of its history, majesty and stunning scenery, it was listed as World Cultural and Natural Heritage Site (the first one of its category) in 1987, and was announced to be a World Geopark later in 2006. Mount Tai has been a significant place of worship for over 3000 years. It was regarded by the ancients as the heaven of "direct access to the throne". From Shihuang Emperor of Qin Dynasty to the Qing Dynasty, there were 13 emperors came to Mount Tai to offer sacrifices. The great sage Confucius once hiked the mountain and claimed “the world is small”.

You will arrive at the Tourist Center first, then shift on to a sightseeing bus (about 30mins) and head along a zigzag but stunning road to the halfway point of the Mount Tai – Zhongtianmen (Middle Heaven Gate 800m). The hiking trail starts from here to Nantianmen (South Heaven Gate), which is the most highlighting part of Mount Tai hiking with more than 6000 uprising steps The steep trails demand much energy and time. You can lower your pace with stops to visit the ancient temples, historical relics, spectacular pine trees and stone inscription of different times. Finally, you will get to Nantianmen (South Heaven Gate 1460m), which means you have already put your steps on the top of Mount Tai. It’s time to slow down your steps to explore the essence of Mount Tai. You can wander leisurely on the Heavenly Street, worship in the Jade Emperor Hall which has a centuries old altar used for worshiping ceremony, appreciate rock inscription of Chinese calligraphy, look out over the peaks, enjoy the sea of clouds, etc.

After about 2 hours’ exploration on Mount Tai, you will descend the mountain by a cable car. Take the sightseeing bus back to the tourist center. Your tour guide and driver will escort you to catch your train to next destination (or drive back to Jinan if you like). Tour ends. 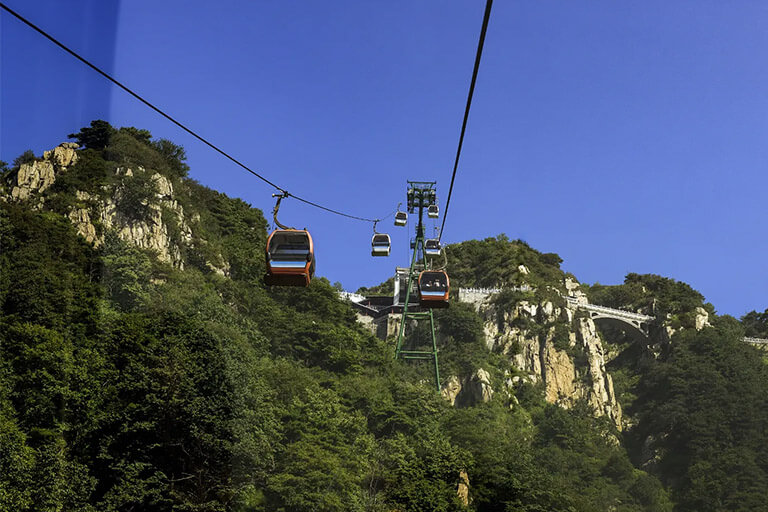 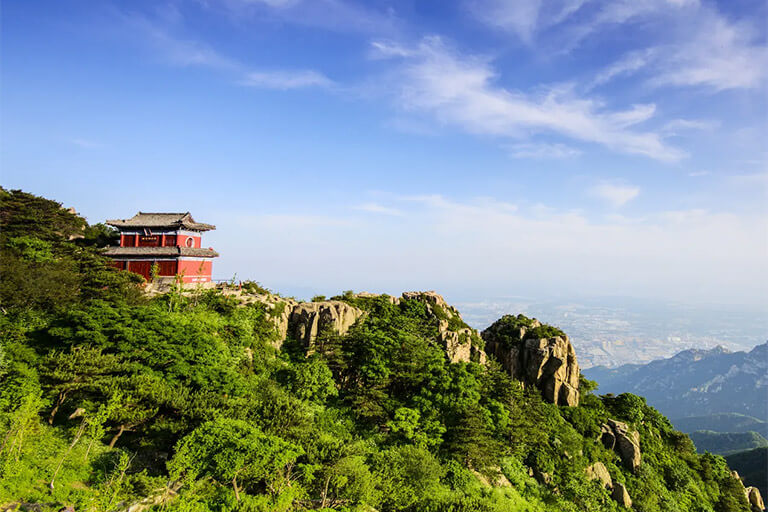 You're inquiring about the " 2 Days Enjoyable Mount Tai Hiking Tour "