2 Days fantastic hiking on the most famous and sacred mountain in China – Mount Tai which is also a World Cultural and Natural Heritage Site as well as a World Geographic Park, the ideal place for a unique hike which combines authentic fun of mountain hiking with interesting exploration of history and culture. You will hike the classic hiking path of Mount Tai which is also known as “the imperial road” because there were 13 ancient Chinese emperors including the greatest Qin Shi Huang hiked this road to the top of Mount Tai for worshiping ceremony. You will stay a night on the mountain so that you can enjoy the incredible sunset and sunrise.

Today’s hike starts from Dai Temple and ends at Jade Emperor Summit on the top of Mount Tai, which is famous as “the imperial route” because there used to be 13 ancient Chinese emperors hiked this route to offer their sacrifices to Gods. With a distance of about 9km over 7000 stone steps, it needs about 5~6 hours to finish the hike.

You will spend some time exploring Dai Temple first which is one of four largest existing ancient building complexes in China. Originally built in the Han Dynasty, it is the place where ancient Chinese emperors worship the gods of Mount Tai and hold the ceremony of sacrifice. Then walk about 30 minutes on the flat road to Hongmen (the Red Gate) where you will officially enter on the mountain area of Mount Tai. The rest hike can be divided into two parts. The first parts start from Hongmen and stops at Zhongtianmen (the Middle Heaven Gate) with a distance about 4km. The path heads up gradually without many ups-and-downs, and can be done in 1.5~2 hours. There are many featured Taoist temples, ancient Buddhist texts carved on rocks and many giant cypress trees with bizarre shapes for you to stop to take a rest and explore the profound culture of Mount Tai. Take a rest at Zhongtianmen (880m) where you can get water and food supply if you need, then start hike the trail of the second part hike from Zhongtianmen to Nantianmen (the South Heaven Gate) which is the most highlighting part of Mount Tai hiking with more than 2000 uprising steps that demand much energy and time. Finally, you will get to Nantianmen (South Heaven Gate 1460m), which means you have already put your steps on the top of Mount Tai. It’s time to slow down your steps to explore the essence of Mount Tai. You can wander leisurely on the Heavenly Street, worship in the Jade Emperor Hall which has a centuries old altar used for worshiping ceremony, appreciate rock inscription of Chinese calligraphy, look out over the peaks, enjoy the sea of clouds, etc.

After enjoy the magnificent sunset (if weather permits), then check in to your hotel on the mountain. 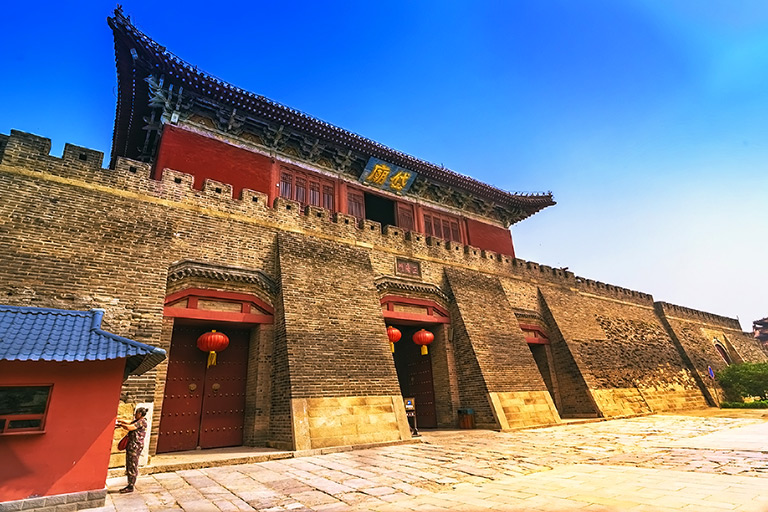 Get up in the early morning to find a good location to enjoy the gorgeous sunrise from the top of the mountain.

After breakfast, you will take another route to descend the mountain - Tianzhu Peak Trail which is located on the eastern side of Mount Tai, about 5.4 km long, and can be done in about 2 hours. The best highlight of this region is off-the-beatan-track scenery with fresh air, well-paved path but fewer tourists. It is the best hike route for adventure, quietness and nature fun. You will walk in the tranquil mountains and valleys, encounter with many beautiful pine trees, enjoy steams and waterfall views and visit ancient temples.

Your hiking at the tourist center at the foot area of Mount Tai. Your tour guide and driver will escort you to train station to catch your train to next destination. Tour ends! 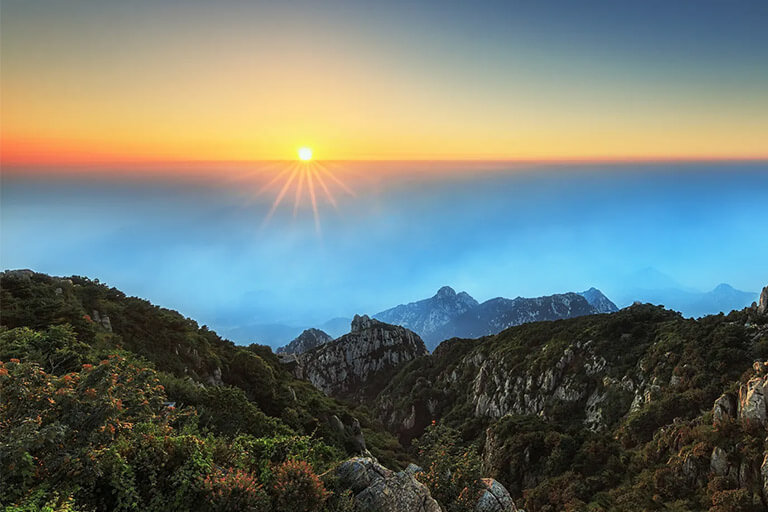