During the ancient time, Henan was one of the most prosperous and civilized areas. There were even 13 ancient dynasties setting capital in Luoyang of Henan. It is also the heart of Chinese Buddhism. The leader of Zen Buddhism also the origin of Chinese Kung Fu - Shaolin Temple is located in Henan Province. It also has the first Buddhist temple in China - White Horse Temple. take a high speed train to Luoyang to see Longmen Grottoes, the finest example of Chinese Buddhist art; in Shaolin Temple of Zhengzhou, experience the Chinese martial art - Kung Fu!

Welcome to Xian! Your tour guide will meet you at the Xian Xianyang Airport. Then be escorted to your hotel in a private vehicle. The rest of today is yours to explore the ancient heart of China on your own.

After breakfast, drive about 40km to discover one of the greatest man-made wonders in the world – Terracotta Warriors and Horses, built by the first emperor Qin Shihuang to protect his afterlife. Over 8, 000 life-size warriors, horses and chariots, buried in 3 pits more than 2000 years until uncovered by local farmer in 1974, forms an ancient military army with complete battle unites, such as infantry, cavalry, etc. Standing in front of these figures, one can’t help being amazed not only by the ambition of Qin Shihuang but also the fabulous artistic skills of ancient Chinese artisans.

After lunch, return back to Xian to take a wonderful stroll on the Ancient City Wall, the largest and best-preserved ancient city wall in China. Enjoy panoramic views of modern Xian and walk leisurely on the well-maintained city wall which is 12 meters high and 18 meters wide with a total circle of nearly 14 kilometers. It is followed by a relaxing wandering around bustling and lively Muslim Quarter, where you can taste the most delicious Xian food and various snacks, as well as experience local culture. 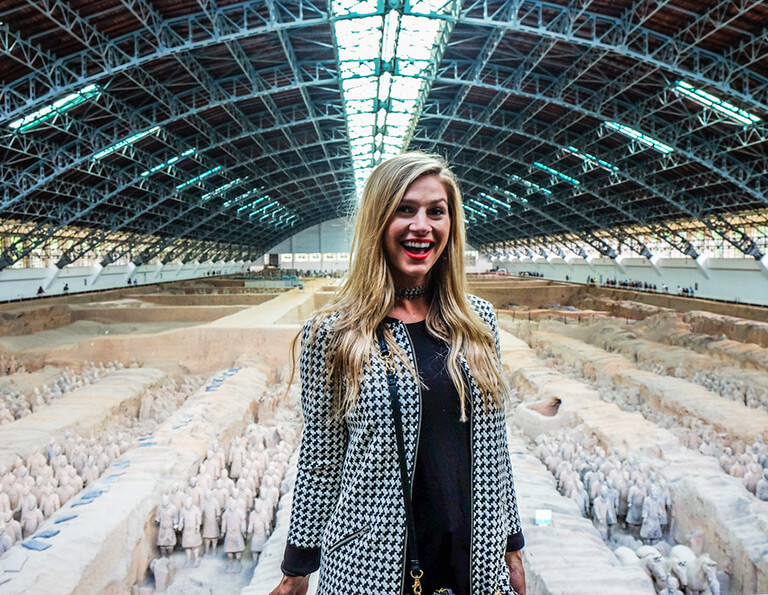 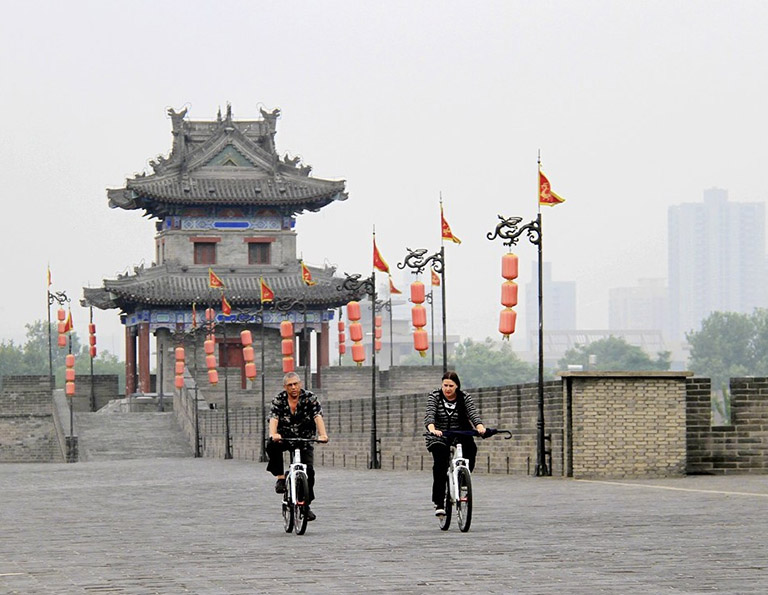 After breakfast, head to Da Cien Temple, a famous Buddhist sutra translation site during the Tang Dynasty. Big Wild Goose Pagoda is the most famous building in the temple. The pagoda, rising to a height of 64.5 meters, was built by the famous Buddhist master Xuanzang to preserve classic scriptures he bought back from India during the early Tang Dynasty. Xuanzang was the prototype character for Tang Seng in the famous Chinese novel “Journey to the West”. (Note: It costs an extra 30 RMB if you want to climb up the Big Wild Goose Pagoda)

Next is an educational visit to the Shaanxi History Museum where you can ramble in the modern exhibition halls to appreciate historic relics such as porcelains, paintings, and currencies dating from the Zhou to the Tang dynastic periods (1100 BC to 907 AD). (Note: Shaanxi History Museum may be replaced with other activity or attraction because of crowding tourists during July ~ early September and China’s National Day during Oct.1-Oct.7. You may check details with your travel consultant.)

After the trip in Xian, transfer to Xian North Train Station to take the 1.5-hour high speed train to Luoyang. Welcome to Luoyang, one of the Four Great Ancient Capitals of China! Your local guide will meet you at the train station and pick you up to your hotel in a private vehicle. The rest of today is yours to explore freely in this ancient city. 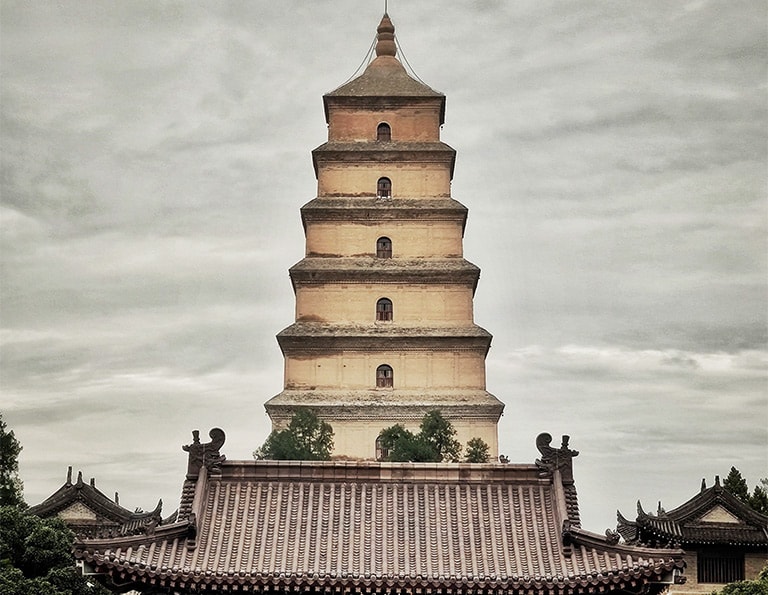 After breakfast, start today's trip with a visit to Longmen Grottoes, about 20 minutes' driving from central downtown. Densely scattered along the cliffs on both banks of Yi River, the UNESCO World Heritage Site Longmen Grottoes contain the largest and most impressive collection of Chinese art of the late Northern Wei and Tang Dynasties (316-907). You’ll appreciate the Chinese Buddhist art by visiting the major caves (Fengxian Temple, Guyang Cave, Three Bingyang Caves etc.) with notable displays of Buddhist sculptures and calligraphic inscriptions.

After visiting the Longmen Grottoes, let’s process to the next site - Luoyang Museum which is nicely designed, new, spacious and less crowded, with a good collection of Chinese artefacts dating from the Neolithic period onwards, such as historical relics, calligraphy, pottery, paintings etc. The best pieces are located in a room called "special treasures" where you find the Tang Tri-color Glazed Potteries and other bronze-copper pieces.

Lastly, go to take a leisure walking on the old streets of Luoyang Ancient City to experience Luoyang's long history of being capitals for 13 ancient Chinese dynasties and colorful culture. 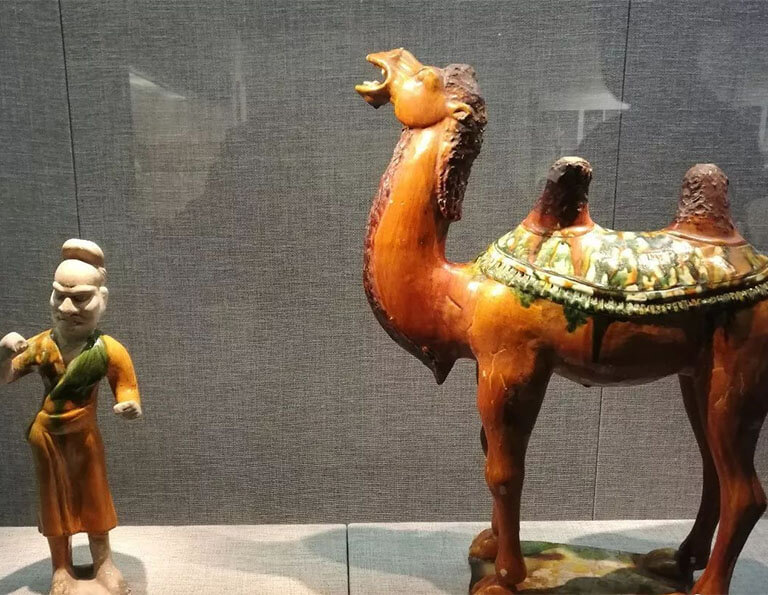 After breakfast, start today's trip with a visit to White Horse Temple, about 30 minutes' driving from central downtown. Established in AD 68 of Eastern Han dynasty, White Horse Temple is the first Buddhist temple in China with over 1900 years history. Since then, it spread the Buddhism throughout of China and regard as the cradle of Chinese Buddhism.

Then leave the White Horse Temple, and drive about 50km to the dream land for Kung Fu fans and Buddhist pilgrims - Shaolin Temple. Shaolin Temple, the birthplace of Zen Buddhism and the cradle of Kung Fu. You will visit the grandiose temples and halls, admire stone carving art, learn about Buddhism culture, observe the daily living and meditation of monks in the temple. Don't miss the famous Pagoda Forest, the existing largest pagoda forest in China. When an important monk passed away, their cremains or skeleton would be put into the underground palace, and a pagoda will be built on it. The pagoda's height, size and number of layers will be decided according to the monk's Buddhism knowledge, reputation and merits and virtues when during his lifetime. The pagodas here were built in different dynasties, including 2 Tang Dynasty pagodas, 2 Song Dynasty Pagodas, 10 Jin Dynasty pagodas, 46 Yuan Dynasty pagodas, 148 Ming Dynasty pagodas, etc.

Then continue your visit to enjoy a magnificent free Kung Fu Performance in the Shaolin Wushu Hall, lasting for half hour each day. Shaolin Kungfu was first created by Bodhidharma to exercise his body when he faced the wall and meditated. After that, in Tang Dynasty, most monks in Shaolin Temple would practice Shaolin Kungfu, and this phenomenon reached to its peak in Ming Dynasty, and the Shaolin Kungfu was spread to the outer world after that. You can enter the performance hall 20 minutes in advance, so it's better to get ther early to get a good seat.

After that, drive about 88km to Zhengzhou City for accommodation. 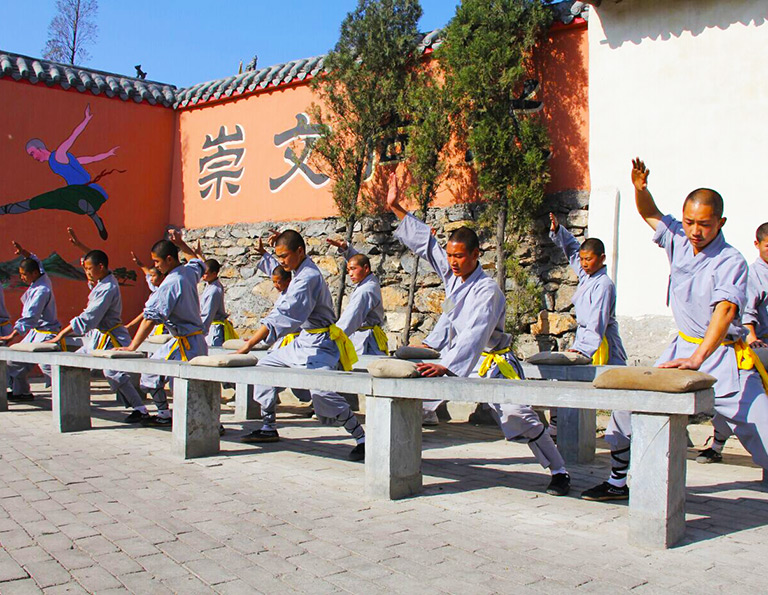 Be free until your guide and driver pick you up to the airport/train station for your flight or train to next destination. 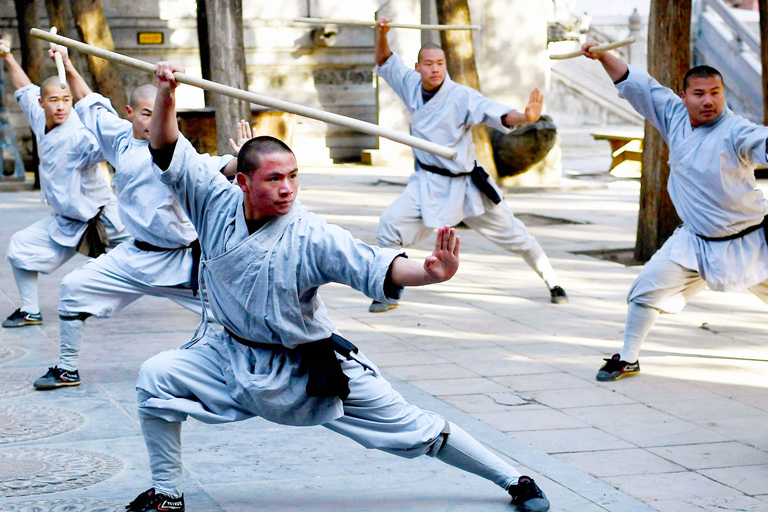 You're inquiring about the " 6 Days Ancient Henan Tour from Xian "