Excavated in the Qin Dynasty (221-206BC), Lingqu Canal is one of the oldest canals in the world, located in Xing'an County, the southwest of Guilin. It's 36.4 kilometers long, connecting the Xiang River (a tributary of Yangtze River) with Li River in Guilin, famed as "Pearl of Ancient World Water Conservancy Architecture". In 2012, the canal has been placed on the UNESCO World Heritage Sites tentative list.

Lingqu Canal is 36.4km long, and divided into the South Canal and the North Canal. The south canal is around 33.15 kilometers and consists of four sections. Most of the canals are natural karst formations. An extra 5 kilometers were designed and excavated manually by the ancient Qin People.

It was built in 214 BC, and regarded as one of the most complete ancient water conservancy projects in the world. With Dujiangyan in Sichuan and Zhengguo Canal in Shaanxi, they are the three greatest water conservancy projects in Qin Dynasty (221–206BC). A well-known contemporary scholar, Mr. Guo Moruo visited there, and called it "a southern China wonder that echos to the Great Wall in the north". Although nowadays it has not been put into use as a traffic canal, over 2000 years of history, Lingqu has been mingled into the lives of local people and become part of the cultural heritage.

Although the length of Lingqu Canal is much shorter than other famous canals, such as the Grand Canal. It connects the Xiang River and the Li River, joins the Yangtze River Basin and Pearl River Basin, and links up central China with the south region.

Qin Shi Huang, the First Emperor of the Qin dynasty (221–206BC), ordered the construction of Lingqu Canal, in order to attack other tribes in the south. According to the chronicles, the architect, Shi Lu was promoted to design the canal. After the completion of Lingqu Canal, it was able to be used a water highway carrying Qin’s soldiers to the south, which accelerates Qin’s conquering process over China.

What to do in Lingqu Canal? 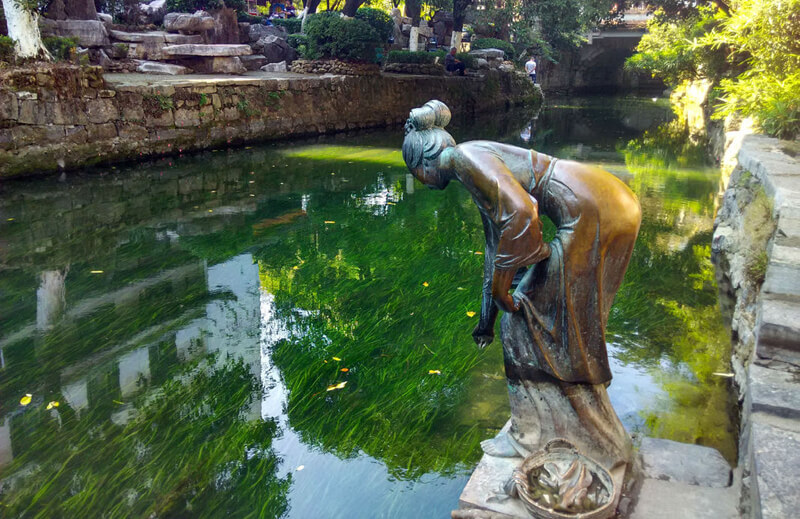 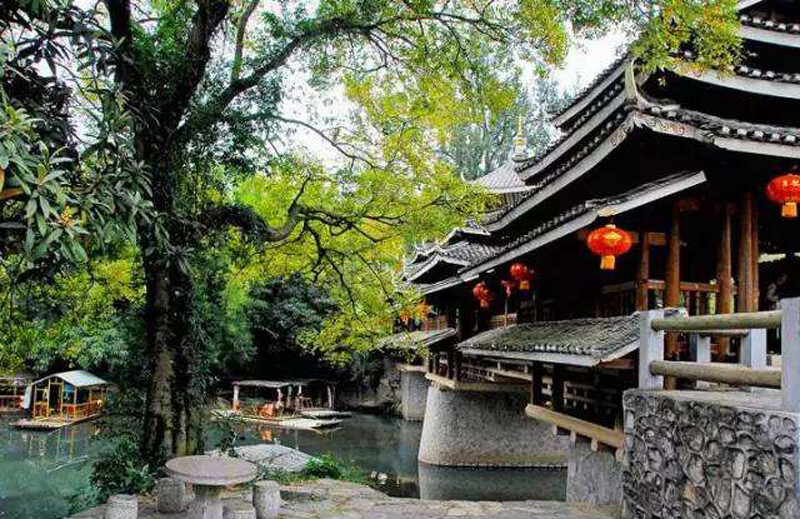 Wander along the Canal

Xing'an Waterway is a free attraction, a commercial street along Lingqu Canal. It is about 1km long and was built along the water, so the local people call it Waterway.

Throughout the whole Waterway, the ancient architectures, ancient bridges, stone carvings, and Lingnan custom are worthwhile to pay a visit to experience (Lingnan refers to the south China region including Guangxi, Guangdong, Hainan Province). The well-preserved ancient pavilions, houses built on the stilts, bridges and sculptures here vividly reproduce the vicissitudes and development of Lingqu over dynasties. The accessible market here also demonstrates the collision of central China culture and Lingnan culture. Therefore, strolling along the waterway is like wandering along a long corridor of history and culture of Lingqu Canal. 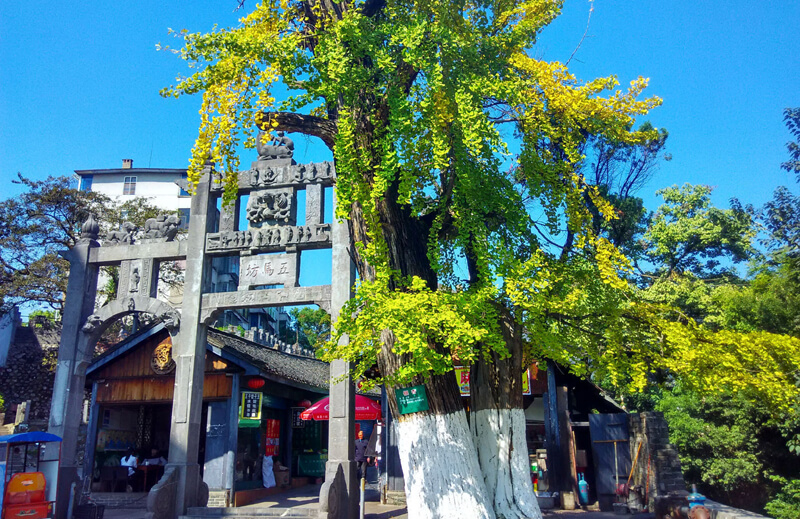 The temple was named to commemorate four people who contributed to the excavation and improvement of Lingqu Canal, including the canal designer, Shi Lu, in the Qin Dynasty (221–206BC); the General Ma Yuan in the Han dynasty (202BC–8AD) and other two governors in the Tang dynasty (618–907AD). It has been existing since the Yuan Dynasty (1271-1368AD). When Taiping Army occupied Xing'an County in the Qing Dynasty (1616-1912AD), the temple was burned. After the reconstruction in 1988, it began to open to the visitors.

Between the south canal and the Xiang River, Dam of Qin was built to prevent the water from the canal spilling into Xiang River and to protect the south canal from the flood. The total length of the dam is about 3150 meters. Under the embankment, "canal eyes" were wisely designed by the Qin people. Flood can be discharged during the flood season, while in the dry season, streams can overflow to irrigate the farmland. The ancient trees were planted on the levee, reaching their branches to shade a scenic corridor for the visitors.

A nearly square-shaped stone, which is about 4 meters high, and 20 meters long, stands on the Dam of Qin. The top of it is so flat that visitors can climb on. On the platform there are two sweet-scented osmanthus trees stretch out of the cracks, standing gracefully. This stone differs greatly from other surrounding rocks. It stands alone, which makes people wonder about its origin. Since the Song Dynasty (960-1279AD), 11 inscriptions including some poems and prose have been inscribed in successive dynasties. Flying-Over stone is indeed a great monument for Lingqu Canal.

In summer, Lingqu Canal becomes a place for many people to spend their summer. You will see some people swimming in Lingqu, others washing vegetables, clothes and food. There are more than ten ancient bridges with different shapes connecting the residents on the two sides of Lingqu. The bridges differs from each other. Some are rough and solid, while others are magnificent and exquisite. Most of the bridges have a long history. The bridges endues for hundreds of years and witness the life stories of the local Lingqu people here for generations.

Leisure time upon the Canal by Boat

Lingqu Canal is graceful and elegant with its landscape corridor and winding water. The water is emerald, seen from far away. Getting closer, you can tell its water plants and colorful carps vibrantly living in the water. It is so clear that some the residents nearby will wash vegetables and clothes here. Sailing up along the canal, enjoy the traditional zither playing of the guide, you will gently calm down the impetuous mind and rest in the peacefulness of Lingqu Canal. 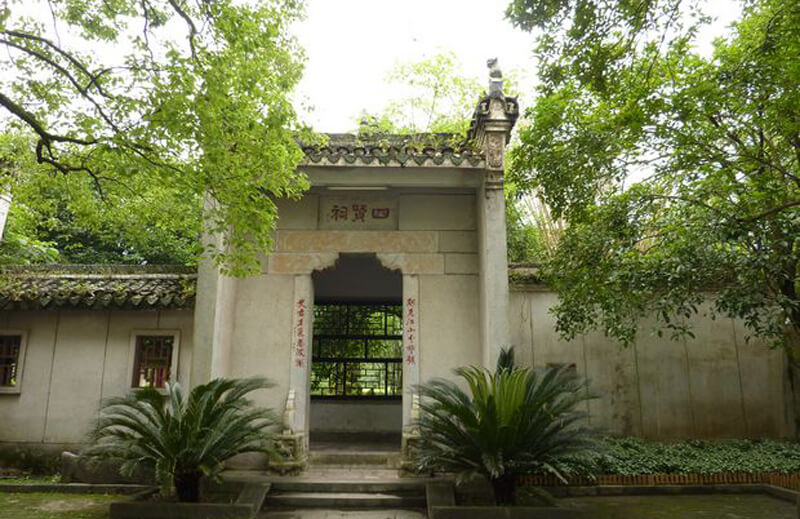 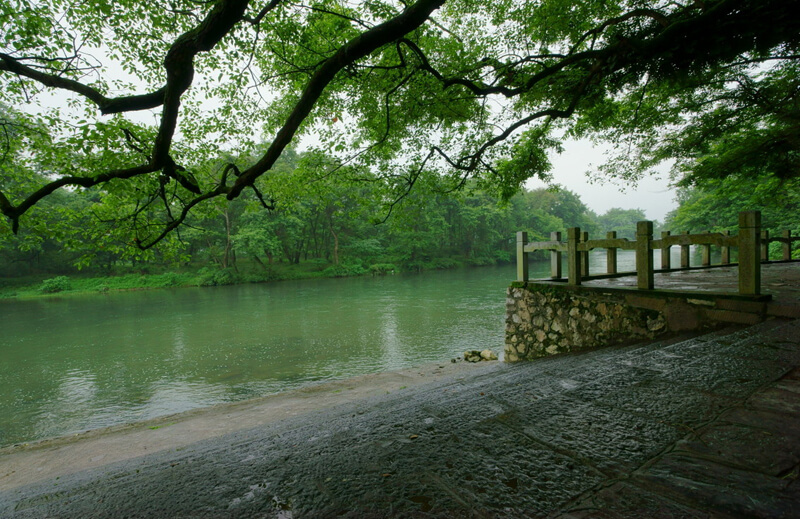 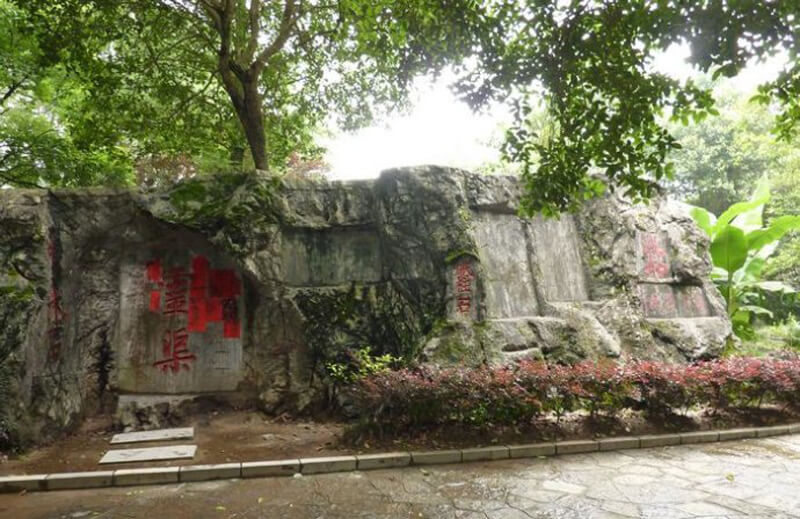 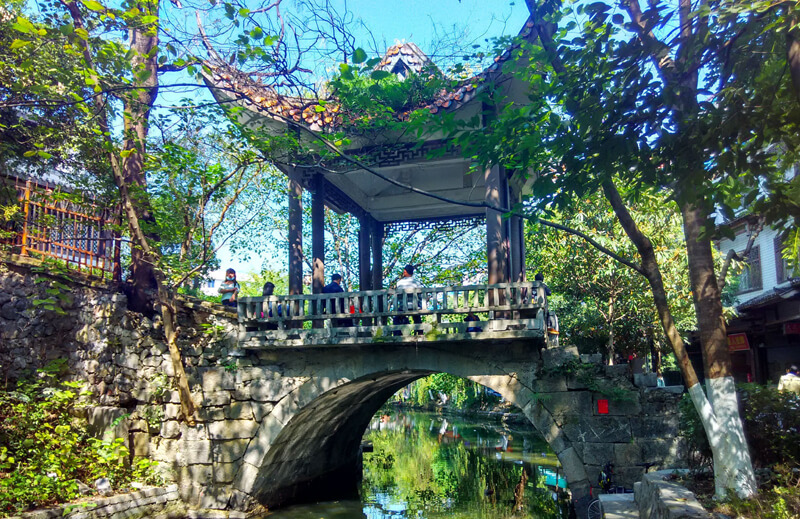 How to Get to Lingqu Canal?

Lingqu Canal is at Xing'an county, located in the northeast of Guilin, 84km to Guilin city, only 1.5 hours’ ride by car. There are also high speed bullet trains connecting Xing'an to Guilin.

There are about 10 high speed bullet trains running from Guilin Railway Station to Xing'an North Railway Station every day. The duration is usually around half an hour. The earliest train departs at around 10am and the last train arrives at Xing'an at 10pm. >> Learn more about Guilin Transportation

There are shuttle buses from Guilin Bus Station/Guilin North Bus Station to Xing'an Bus Station from 8am to 5:30pm. The duration is about 1.5 hours and the ticket price is about CNY 22 per person. 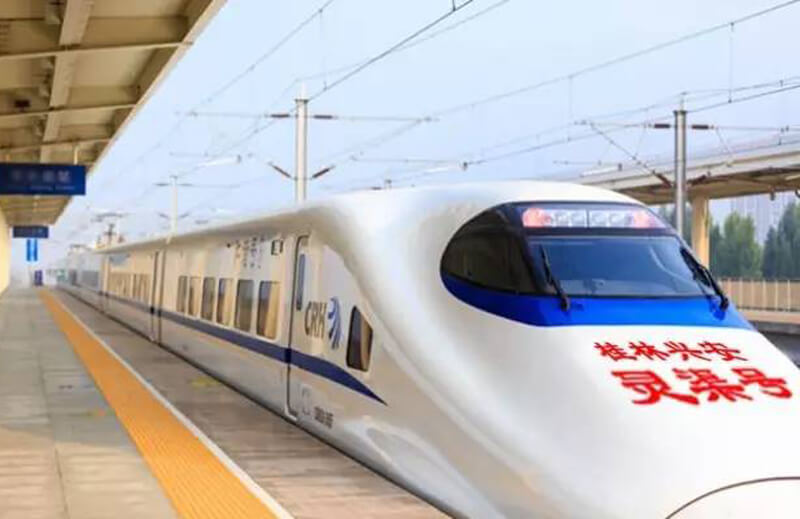 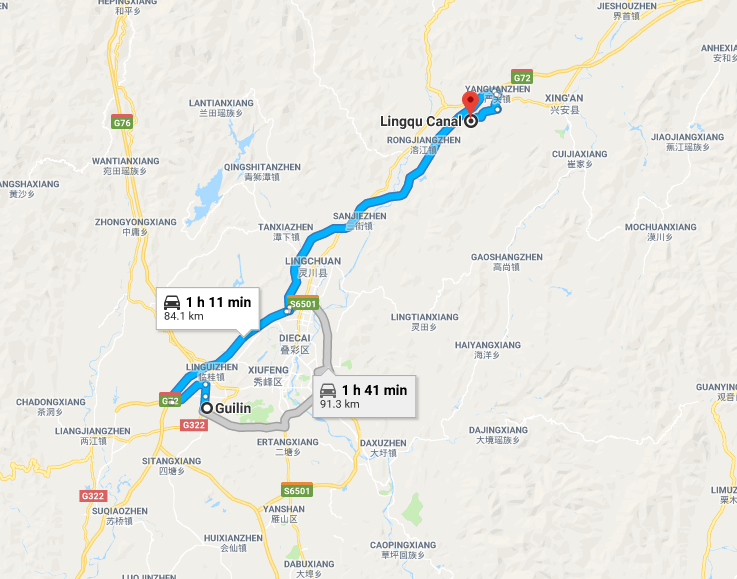 Guilin to Lingqu Canal by Car

Summer is the best season to go, for the abundant rainfalls and the canal streams cool down the summer’s heat and make it suitable for water fun. If you want to experience the lively custom of Lingqu people, Xing'an waterway is recommended. There are a lot peach trees planting along the street. In spring, the peach blossoms are extremely beautiful.

If you want to get rid of the hustle of public transportation and troublesome navigation, you can book a private tour package which covers sightseeing, dining and transfer from us. Our local tour guide and driver will escort you to Lingqu Canal with speed and convenience, and take care of all the details. You just need to focus on sightseeing.>>Contact us now 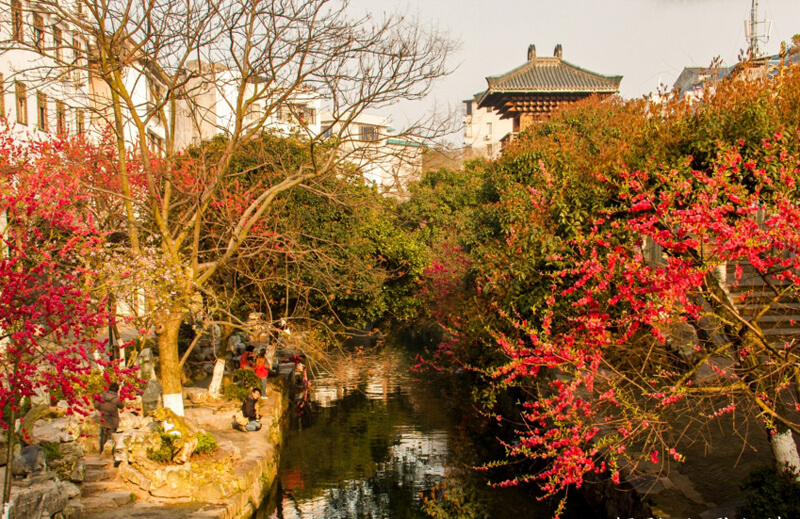