Elephant Trunk Hill, in the north of Guilin City, is a hot attraction and landmark of Guilin. Beautiful natural views merged with valuable cultural landscape make it a fascinating place which makes tourists fascinated and longing for.

Since ancient times, there have been numerous poets praising the beauty of Elephant Trunk Hill. Among them, Han Yu is an outstanding one who has chanted: Casting in mind are silk ribbon and jade hairpins! The former President Yang Shangkun also said，“You never visited Guilin without a photograph of Elephant Trunk Hill which enjoys unparalleled view.” In 1995, Elephant Trunk Hill became the badge of Guilin and the first attraction in hundred-mile Li River for its magical Karst landform and featured scenery. Then, it was ranked as Best Resort for Watching Moon and recommended by WTO.

Between the trunk and body of the elephant locates a round cave where the river flows through. The cave covers about 150 square kilometers, 17-meter-long, 9.5-meter-wide and 12-meter-high. Resembling a full moon, it matches with the Moon Cave in Chuanshan Park (south of Elephant Trunk Hill with higher altitude) harmoniously, one hanging above and one floating on the water, forming a wonderful picture of Twin-Moon in Li River. With over 50 stone inscriptions on the wall of the cave, Water Moon Cave is regarded as the key cultural protection unit in Guangxi. From these stone inscriptions, you can have a glimpse of the history of the Taiping Heavenly Kingdom.

Climbing up the hill, you will find another cave connecting south and north eyes of Elephant Trunk Hill. It is named Elephant Eye Cave, once to be a river channel and then sculptured to a cave by the concerted action of wind, rain and sun. Standing in the south eye, you can enjoy the panoramic view of the buildings and downtown streets in neat order . Looking afar from the north eye gives you another feeling. A perfect sight of this Chinese ink-and-wash painting with sails and waves is just fascinating. Ascending the stairs from south eye of the elephant, you can reach to the peak of Elephant Trunk Hill.

Puxian Pagoda is a 16.3-meter-high solid brick pagoda with Tibetan style first built in Ming Dynasty. In its north side is carved with figure of Bodhisattva and characters “Namo samantabhadra bodhisattva”, so it is called Puxian (Samantabhadra) Pagoda. Puxian is one of the four bodhisattvas, distinguished for virtue. In whole China, Puxian Pagoda is the only pagoda enshrining and worshiping Puxian except for Mount Emei. In the peak of Elephant Trunk Hill, the construction of Puxian Pagoda coincides with fact that Puxian always show upon elephant. Elephant symbolizes good fortune, so an elephant carrying a pagoda means peace and happiness.

Yunfeng Temple built in Tang Dynasty is historic for it was the command post of Taiping Heavenly Kingdom. As the historical records confirmed, Taiping Army encompassed Guilin on three sides and occupied Elephant Trunk Hill after their breakout from Yong’an. In the peak of the hill, they had a storming fortification and bombarded the Qing Army seriously. The ancient Puxian Pagoda has witnessed the courageous and prudent Taiping heroes. To learn more the glorious struggle history, visiting the Taiping Heavenly Kingdom Exhibition is a good choice.

Sanhua Wine is the representative of Chinese rice-flavor liquors and praised as the Kingdom of Liquor. In ancient times, people honored it as auspicious dew. Till today, Guilin people still keep the customs of “fetching a beaker of Sanhua Liquor before having a happy New Year”. Sanhua Wine Cellar is built in a cave of Xiangshan Park. Suitable temperature of 20 ℃ in the cellar is a guarantee of making the mellow liquor. Sanhua Wine Cellar combined with Sanhua Wine-culture Museum is the important non-material cultural heritages and shoulders the great responsibility in passing on traditional liquor-making techniques.

Dagoba is the oldest pagoda of Guilin constructed in the previous Kaiyuan Temple (now destroyed) which was first built in Tang Dynasty and rebuilt in Ming Dynasty. It is a three-story brick tower and 13.22 meters high. With a square foundation, bottle-shaped body and umbrella-shaped roof, Dagoba is underwhelming for its appearance. However, it begins to glow like gold under the wisp of sunshine if you learn more about it.

There has been an eminent monk called Jianzhen who has tried to sail to Japan to advertise Buddhism. On his fifth attempt, he passed by Guilin and welcomed by officials and people with enthusiasm. He was deeply moved and stayed in Guilin on invitation. Dagoba is the main site where he studied scripture and paid homage to Buddhists. Visiting quaint Dagoba and touching black bricks, you can read the religious belief of the ancient people. 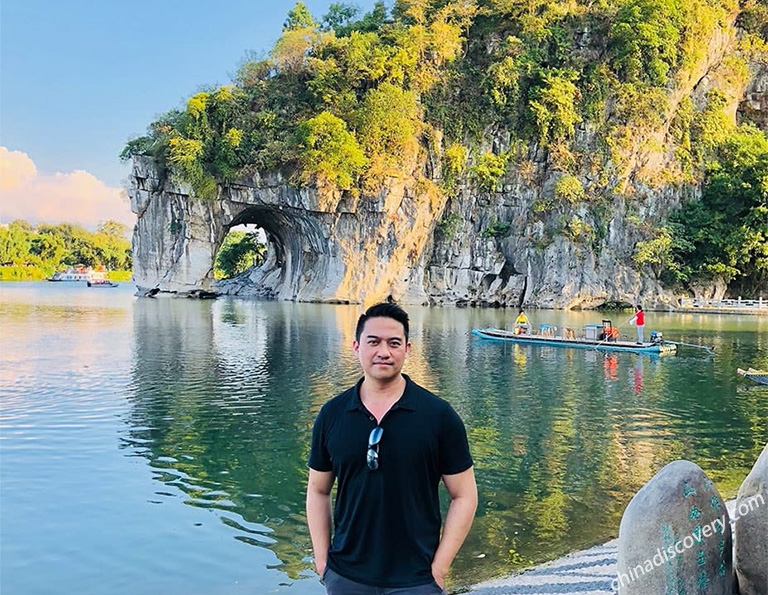 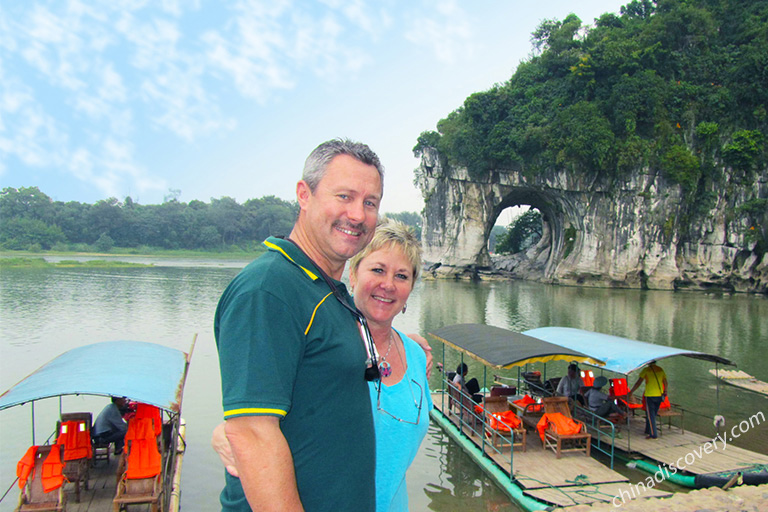 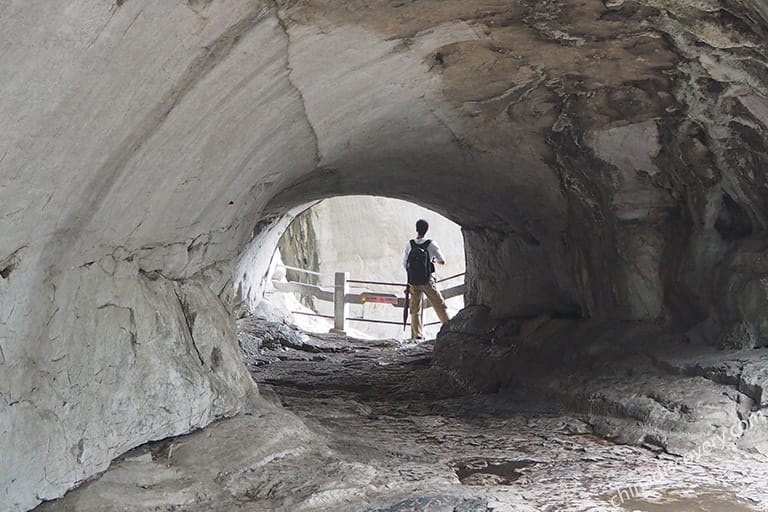 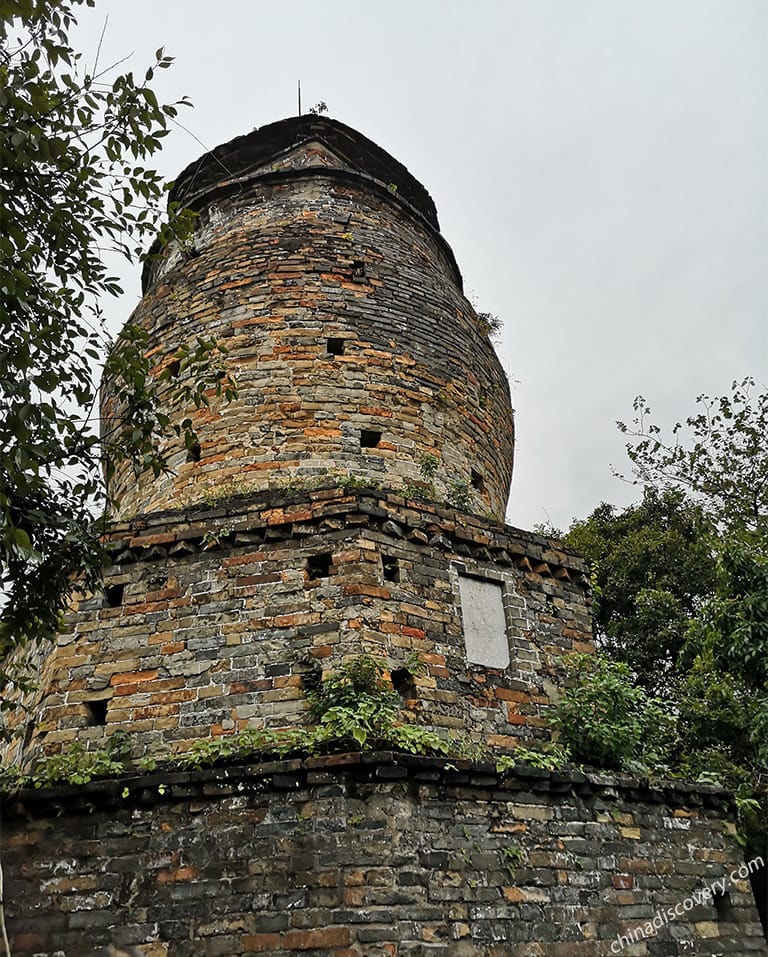 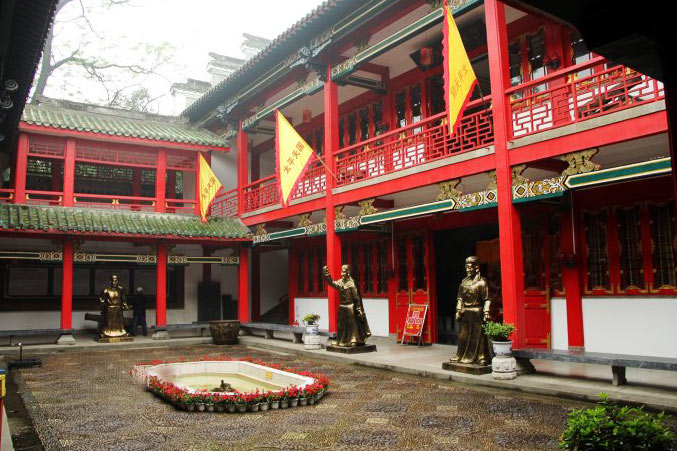 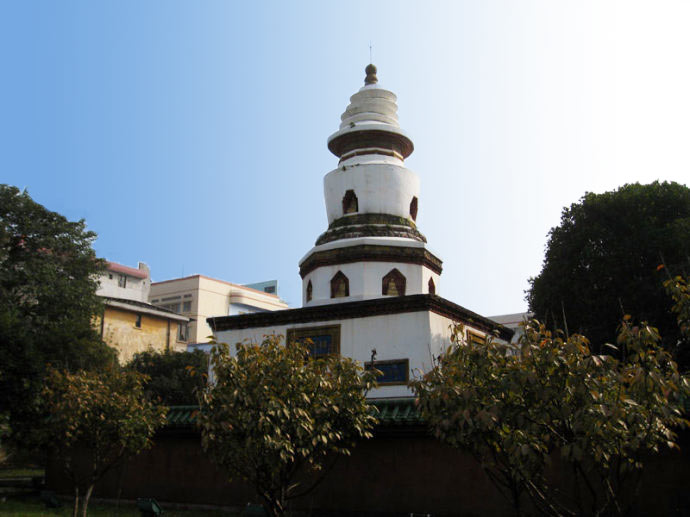 Where is Elephant Trunk Hill and how to get there?

Elephant Trunk Hill is located in Xiangshan District of Guilin City. With only 3 km to Guilin Railway Station and 30 km to Guilin Airport, it’s quite convenient to get there.

If you want to get rid of hustle of public transportation and troublesome navigation, you can book a private tour package which covers sightseeing, dining and transfer from us. Our local tour guide and driver will escort you to Elephant Trunk Hill with speed and convenience, and take care of all the details. You just need to focus on sightseeing. 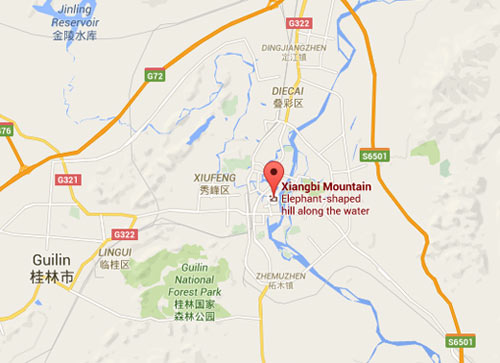 Li River is one of the largest and most beautiful grotto sightseeing spots, stretching from Guilin to Yangshuo. Like an emerald silk ribbon winding among spectacular mountains, it perfectly releases the glamour of marvelous landscape in Guilin. Along the crystal clear water of Li River are numerous green mountains, cliffs, waterfalls, oases and shoals, just like a classic scene in Chinese landscape painting. Driving a bamboo raft and appreciating the amazing world will highlight your journey to Guilin. There are two towns are worth-visited. One is Daxu Old Town standing aloof from worldly success. Another is Xingping Ancient Town paved with smooth flagstone and everything here is just simple and unsophisticated. 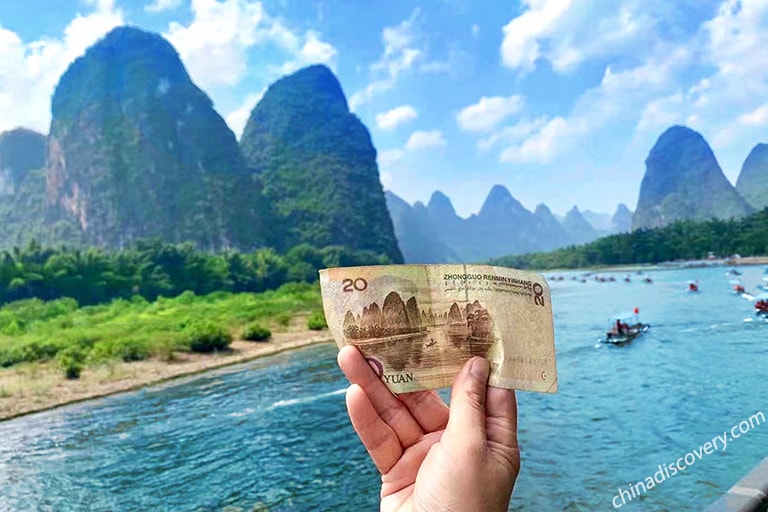