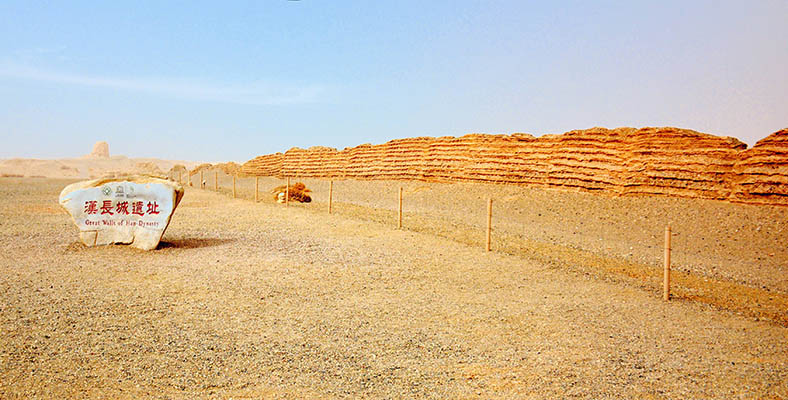 The Great Wall of Han Dynasty in Dunhuang, built in Western Han Dynasty for more than 2,000 years, has not only played a great role in defensive system against Xiongnu, but also maintained the flowing and safety of ancient “Silk Road”.

Introduction of The Great Wall of Han Dynasty, Dunhuang

The Great Wall of Han Dynasty is a huge accomplishment built over 1,300 years earlier than the Ming Dynasty Great Walls. As a defense system in Northwestern China, the Great Walls succeeded in guarding the frontier areas, cultivating farmlands, and offering stable situation for the opening and development of ancient “Silk Road”. The entity has gone with the time mostly, but its historical influence long lives.

Overview of Great Wall of China

The Great Walls of China is a great military defense system in ancient China, using tall, solid and continuous walls as main body with large numbers of pavilions, beacon towers, barriers, etc. The earliest construction dates back to the Western Zhou Dynasty (about 11th-8th Century BC), and the following Spring and Autumn Period, Qin, Han, Sui, Song and Ming Dynasties all built Great Walls to protect territory. Most famous Great Walls we visit nowadays are well-preserved sections of the Ming Dynasty Great Wall, such as the Hanging Cliff in Jiayuguan Pass, Mutianyu, Badaling, Jinshanling Great Wall in and around Beijing.

Based on historical records, during the Emperor Wu of Western Han Dynasty (around 127 BC), the Northern tribe Xiongnu (匈奴) often invaded the Hexi Corridor. To secure the border areas, Emperor Wu send generals beat back the Xiongnu and ordered tens of thousands of people to repair the Great Wall of former Qin Dynasty and related defensive projects, which thus removed the threat of Xiongnu’s treat of capital Chang’an (now Xian) and also established a front base to further hit the Xiongnu.

With constant victory of attacking the Xiongnu, Emperor Wu later set up Wuwei and Jiuyuan Prefectures, and started to built the first segment of the Han Dynasty Great Wall from Yongdeng County (middle of Lanzhou, Gansu) to Jinta County (north of Jiuquan, Gansu) along the Hexi Corridor. As the Xiongnu retreated far away, Emperor Wu ordered restoration of Qin Dynasty Great Walls many times afterward. During 111 BC to 108 BC, the second part of Han Dynasty Great Wall was built from Jiuquan to Yumen, and the third sections (Yumen to Lop Nor, Xinjiang) was completed in 101 BC. 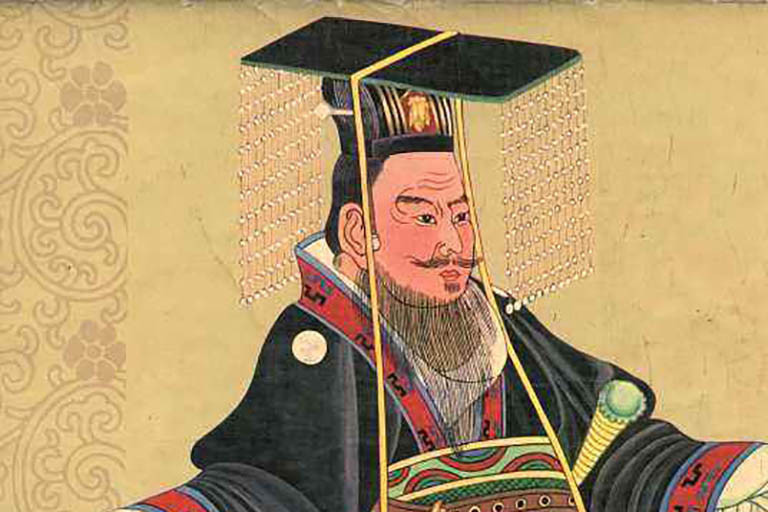 What to See in the Han Dynasty Great Wall

There has a branch of Han Dynasty Great Wall scattered in north Gobi desert of Dunhuang, from Yumen Pass to Yangguan Pass, Yangguan Pass to Danghekou, Mamitu to Wanyaodun, in existence. Destroyed by the wind, rain and sand during the past over 2,000 years, some are gone and only a small component was left, like the part in west of Yumen Pass, which is now China’s most complete Han Dynasty Great Wall.

Today’s Great Wall of Han Dynasty is a small cultural site in northwest suburb of Dunhuang. The entrance ticket package includes sightseeing of Han Dynasty Great Wall, Yumen Pass (Jade Gate) and Hecangcheng Relic Site (also called Big Pancheng Castle). It’s suggested to pay and take a scenic tourist bus from the north gate, tourist service center of Yumen Pass, visit Hecangcheng Relic site and then to the Great Wall of Han Dynasty, return to the service center in the end. Apart from the introduction from tour guide, you will give a short time to visit the ruins and take pictures upon arrival.

At your first sight, you can see a stone tablet noted “Great Walls of Han Dynasty” standing in front of a small section of rammed earth. It’s the relative complete segment of the current Han Dynasty Great Wall, whose base is about 3 meters wide and the body is more than 3 meters high, the top is about 1 meter wide. It’s hard to describe the desolation and loneliness of the old architecture.

What’s the difference between the Great Wall of Han Dynasty and Ming Dynasty? One main place is the architecture fabric, Ming Dynasty Great Walls are masonry units of bricks and stones while the former Han Dynasty used local materials like branches of plants (e.g. rose willow tree, poplar, reed) as the foundation, layer soil, gravels and seeds rammed above. Every 5 km, there is a beacon tower built at higher place and guarded by soldiers observing the enemy. The Danggu Beacon Tower(当谷燧) is a remaining miniature, that is rectangle in plane and trapezoid from sides. Though only a few remaining mounds you can see about the Great Wall of Han Dynasty, its past history and cultural impact are unique and irreplaceable. 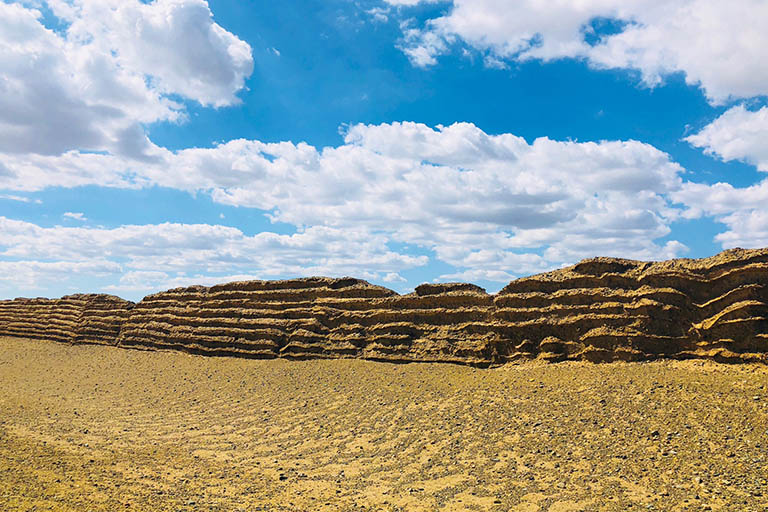 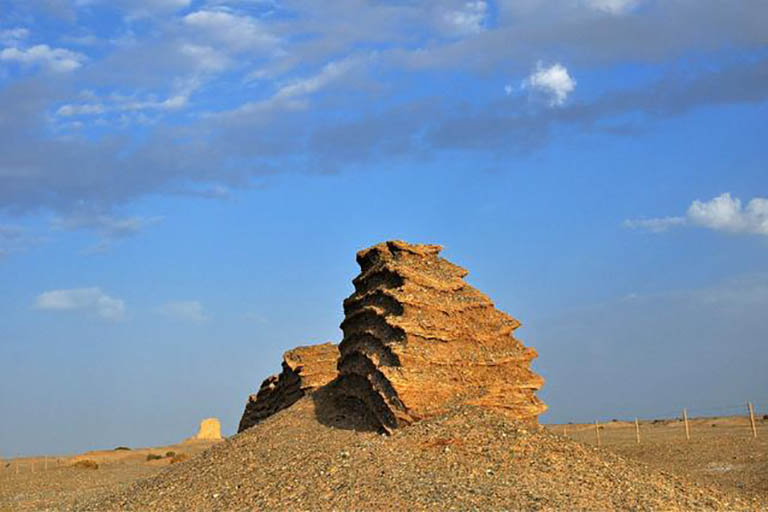 Nearby Attractions to Travel with Dunhuang Han Dynasty Great Wall

The Great Wall of Han Dynasty is located inside Yumen Pass Scenic Area, and meanwhile, Yumen Pass, Yangguan Pass and Yardang National Geopark are in the same direction, all in the west remote suburb of Dunhuang City. Therefore, after 1 to 2 days of Mogao Caves tour, travelers usually spend 1 more day to visit the west attractions together. 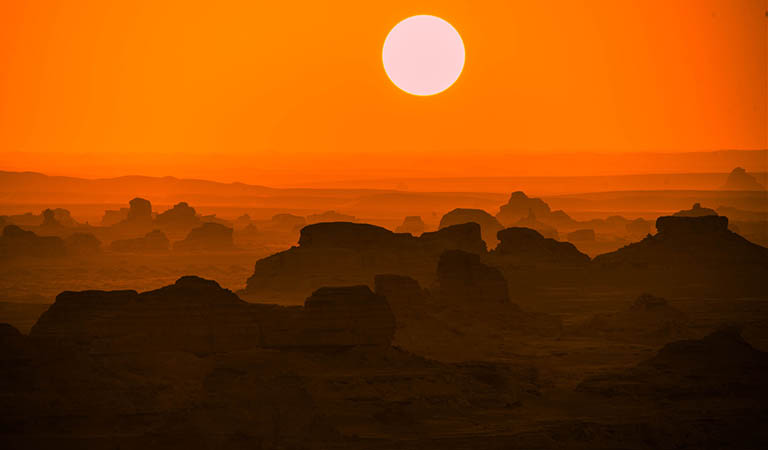 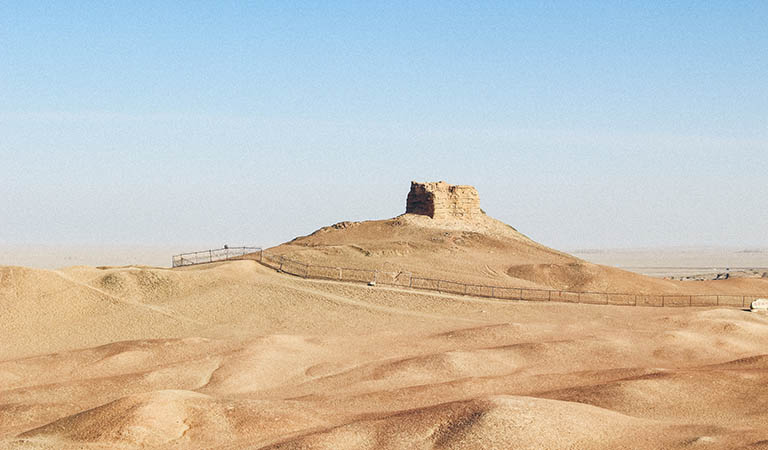 The Great Wall of Han Dynasty is situated within the Yumen Pass Scenic Area, about 97 km northwest of Dunhuang. That means, you have to get to Yumen Pass first and then enter, visit the Great Wall inside.

So far, no public transportation like bus or train you can take from downtown area to the remote Great Wall. Renting a local minibus and using our private transfer service are the two major ways to get there. Thinking about the langue communication, research time and money costs, travelling with us to enjoy worry-free transfer service in a safe, clean, comfortable vehicle is the most convenient way for such a Dunhuang in-depth tour. 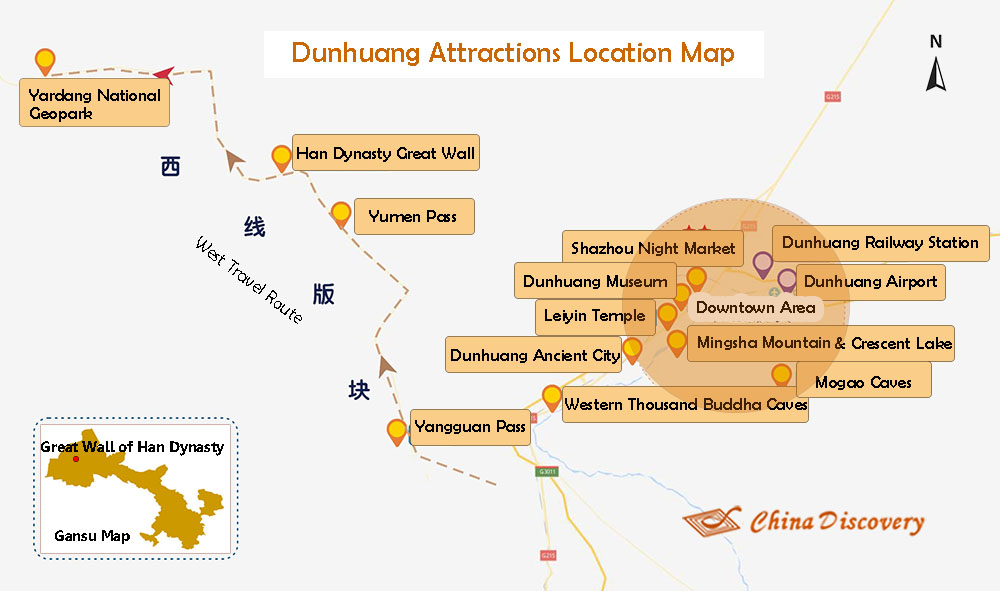