By high speed train to tour Fujian is another way of enjoyment. You will witness multiple shapes of Earth Buildings in Nanjing and Yongding Counties, including Chuxi Tulou Cluster, Nanxi Tulou Cluster and Gaobei Cluster. And Peitian Ancient Village – the “Forbidden City” in the south will bring you back to Ming and Qing dynasty which can be dated back to 800 years ago.

On this day, take the D-train to Nanjing County. Your guide and driver will pick you up train station. And then, you’ll go to visit Heguilou, Yunshuiyao Village, Huaiyuanlou, Tianluokeng Tulou Cluster, Yuchanglou and Taxia Village. Stay overnight in Nanjing.

Yunshuiyao Village: This beautiful ancient village is named after the Changjiao Brook that connects Heguilou and Huaiyuanlou. Along the banks of the brook are ancient banyan trees, ancient building and patches of farm land. A walk through the village will bring you back in time to Chinese traditional rural life. This village has been a popular place for film making. The famous film named The Knot (Yun Shui Yao) was shot here. 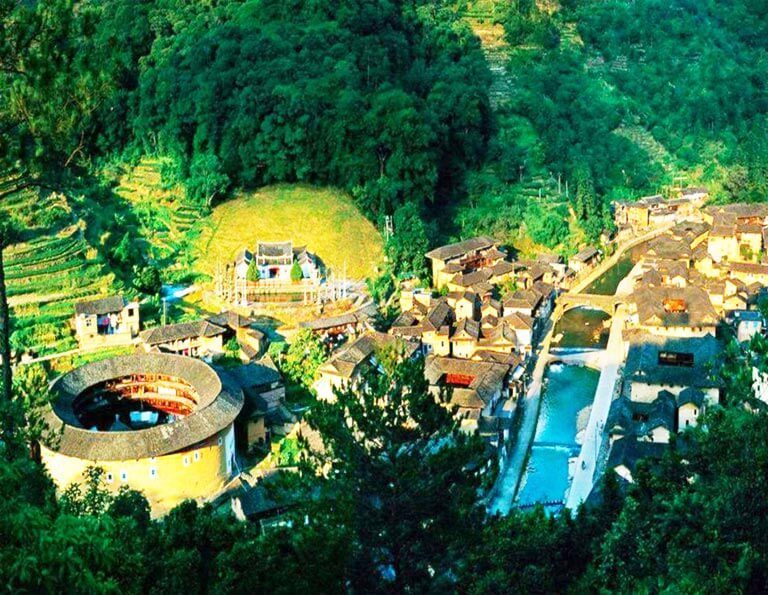 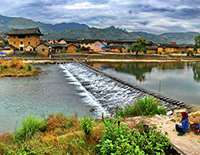 After breakfast, your guide and driver will pick you up at your hotel. Today, you’ll head to Yongding County to visit Gaobei Tulou Cluster, Hongkeng Hakka Cultural Village and Nanxi Tulou Cluster. Overnight in Yongding.

Gaobei Tulou Cluster: it has dozens of Tulous with various sizes and heights, mostly bigger than others. There are many kinds of Tulou to see. While Chengqi lou, called the king of Round Tulou, is the most famous one here.

Hongkeng Hakka Cultural Village: the most concentrated of all earthen house clusters. Some of the house designs are unique, including the Prince of Tulou - Zhenchenglou (a magnificent building combining the Chinese style with the western style).

Nanxi Tulou Cluster: it is called the "Great Wall of Tulou" with more than 100 earth buildings in the valley stretching for 10km. The famous Zhenfulou (the Princess of Tulou), Yanxianglou are highly recommended tulous to visit. (Option: You could visit the Nanxi Tulou Valley by bike if weather permits.) 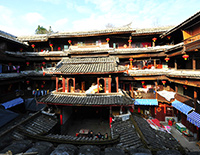 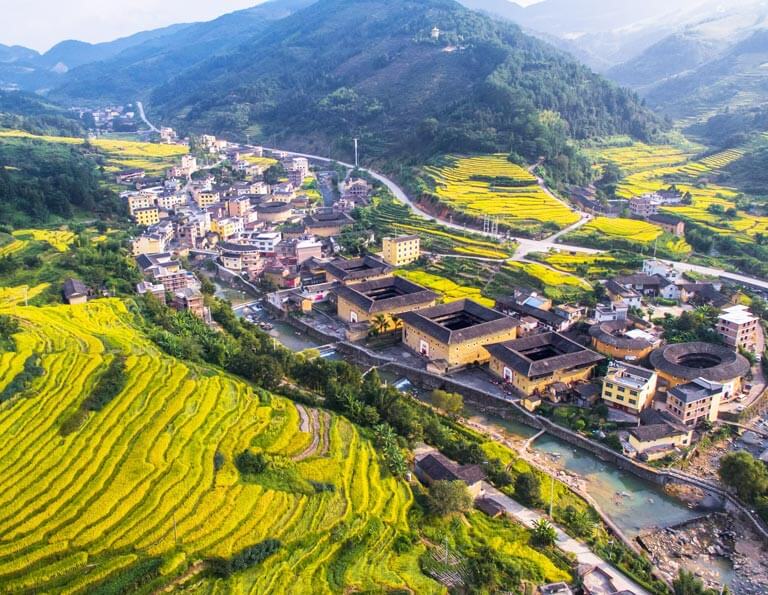 After breakfast, your guide and driver will pick you up at your hotel. On this day, you’ll pay a visit to Chuxi Tulou Cluster. There are 36 tulous conserved in Chuxi village, including five circular Tulou buildings and over a dozen of rectangular in shape. You will visit Jiqinglou which is the largest and also the oldest in the cluster, built in 1419 during the reign of Yongle Emperor of the Ming Dynasty. It consists of two concentric rings, the outer ring building is four stories tall, with 53 rooms on each level. The outer ring contains 72 stairs split into 72 units interfacing each other. The second ring is a one-story building. Also, pay a visit to Shengqinglou and Yuqinglou. In this village, you will appreciate the oldest tulou as well as the youngest tulou among all the Fujian Tulous. You will get into the buildings and have a look at each room to know the real life and customs of the local residents.

After getting close to the featured Tulous, it is time to trek along the field path to the Back Mountain of Chuxi to see the beautiful idyllic views. The terraced fields are built along the sloe-winding riverside up to the mountain top. They look like great chains or ribbons hung on the hillsides as they wind round the contours in tiered bands. (Optional experience: in Autumn season, you can choose to catch the rare chance to pick up local fruits and even try the primitive farm work.) After that, it will be great to climb up to the nearby hill for a bird’s view of Chuxi Village. You can take many photos at the high platform.

After that, visit Yantai Village, one of the most beautiful Hakka Village, where you will see the breathtaking scenery of terraced rice fields, and feel the best communal living atmosphere. Stay overnight in Yongding. 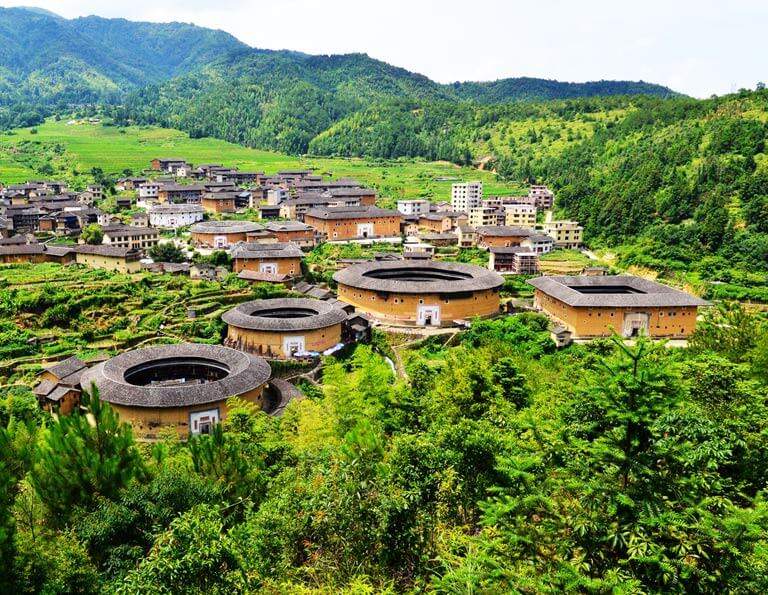 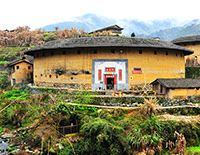 On this day, you’ll head to Liancheng County in Longyan City (3 hours’ drive). Then, you’ll visit Peitian Ancient Village. It is called the Forbidden City in the south which is a well preserved ancient Hakka village. Since the Ming and the Qing Dynasties, the village has served as a key interchange station connecting official roads to Changting and Liancheng. The history of this "Peitian Ancient Folk House" is more than 800 years, which can date back to the Southern Song Dynasty.

After the tour, transfer back to Longyan Train Station to take the D-train to your next destination. 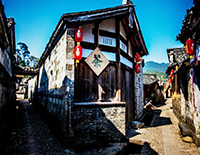 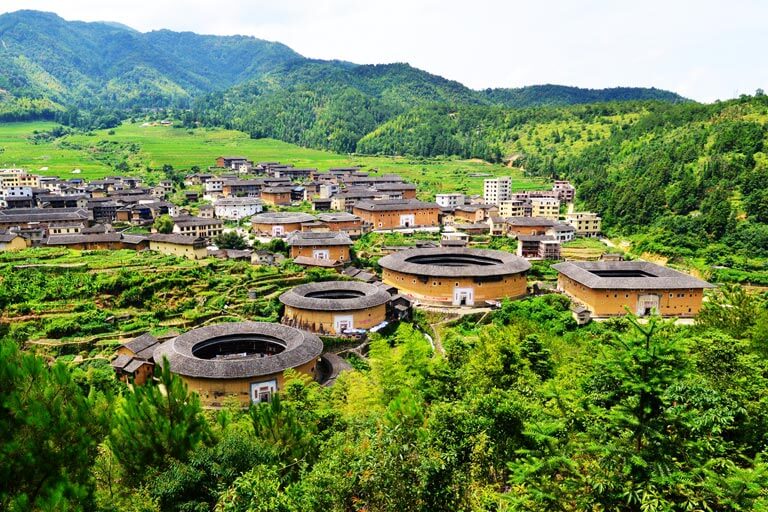 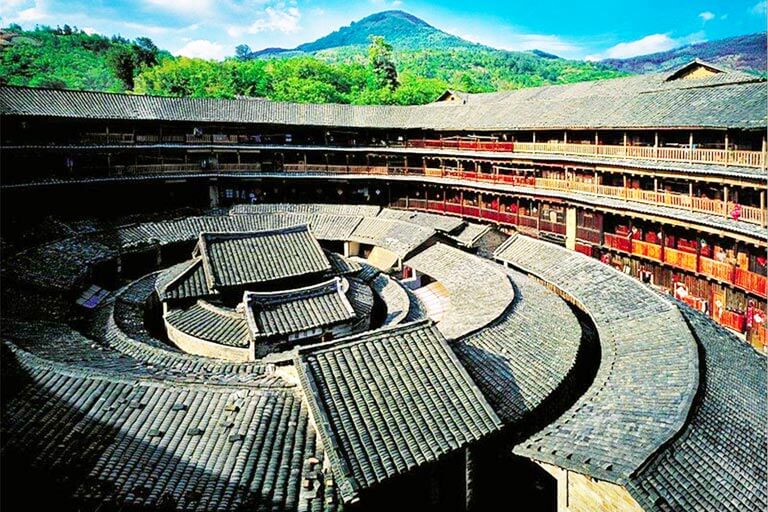 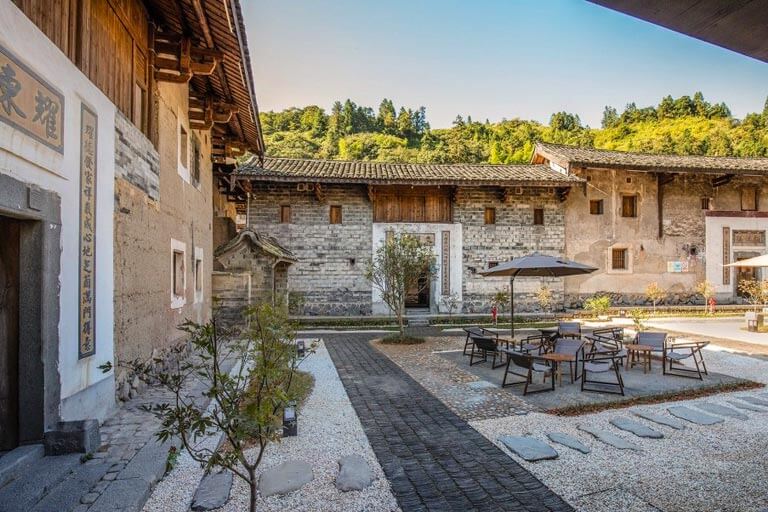