Things to Do
Get There & Around
Accommodation
Weather & Seasons
Dalian Maps

With plenty of beaches and ocean parks, Dalian is a popular tourist destination for family vacation and weekend escapes. Thanks to the popularity, Dalian has built an efficient traffic system. Visitors can get to Dalian by flight and train in ease. Being a coastal city with three sides facing water, Dalian is also accessible by cruise, both international cruises and domestic cruises. To help you know more about how to get to Dalian, this Dalian Transportation guide will show you the latest information about flights to Dalian, train to Dalian and cruise to Dalian. Dalian taxies, metros and buses are also included for you to travel around Dalian City conveniently. 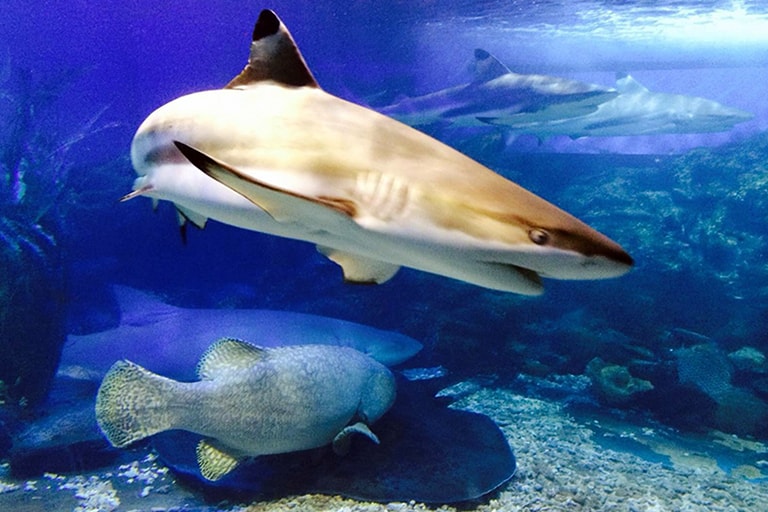 Dalian Zhoushuizi International Airport (大连周水子国际机场) is the mainly used airport in Dalian. It is about 12 km from the downtown city. As an important transportation hub in Northeast China, it operates over 100 domestic airlines to the major cities, like Beijing (1.5~2 hours), Shanghai (2 hours), Guangzhou (4 hours), Harbin (4 hours), Jinan (1.5 hours) and so on, and also 43 international routes to Tokyo, Seoul, Osaka, Hong Kong, Singapore and many other major cities in about 15 countries. 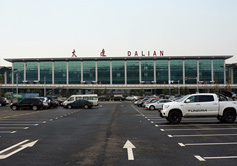 Dalian is well connected to the railway networks that crisscross the northern and the eastern parts of China. The most important railways is Harbin-Dalian Railway line and the Shenyang-Dalian Railway, which allow you to get from Dalian to Shenyang (1.5~4.5 hours) and from Dalian to Harbin (3.5~5 hours) in ease. Besides, Dalian has trains to/from Beijing (4~5 hours) , Tianjin (4.5~5.5 hours), Changchun (2.5~4 hours), Xian, Jinan, Chengde, Chifeng, Qufu, etc.

There are four railway stations serving in this city, while the two frequently used are Dalian Railway Station and Dalian North Station.

As the third largest port in China and the largest port in Northeast China, Dalian has well connections with more than 150 countries and regions. There are daily scheduled passenger ships leaving from Dalian to Yantai, Weihai, Penglai, Tianjin and Qinhuangdao. The Dalian - Yantai Route is the busiest. Every day, there are over 10 ships for you to choose.

There are also international ships sailing for Japan, Korea, etc. However, there is no regular schedules. The arrangements vary from year to year. If you are interested, you can contact us to get the latest news and info.

The Dalian Port Terminal is located east of the city center. Passengers should be in the waiting room half an hour before departure. 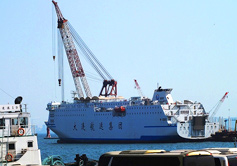 Driving from Shenyang to Dalian in direct is also available. The car ride takes about 4 hours on the way. If you go with long-distance buses, the duration is about 1~2 hours longer. 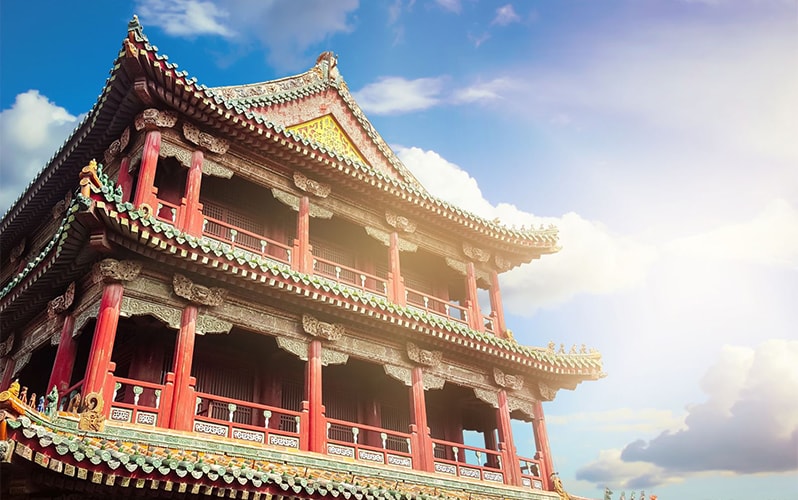 Harbin is about 945 kilometers northeast of Dalian. If you travel from Dalian to Shenyang and then go further northeast, you will find Changchun and Harbin on the direction. At present, you can get from Harbin to Dalian or Dalian to Harbin by flight or train . The flight duration is about 4 hours. The train ride needs 3.5~5 hours. There are more trains than flights for you to choose. Harbin also has long-distance bus to Dalian. However, you are not really suggested to choose those buses, because they will waste you a lot of time on the way. 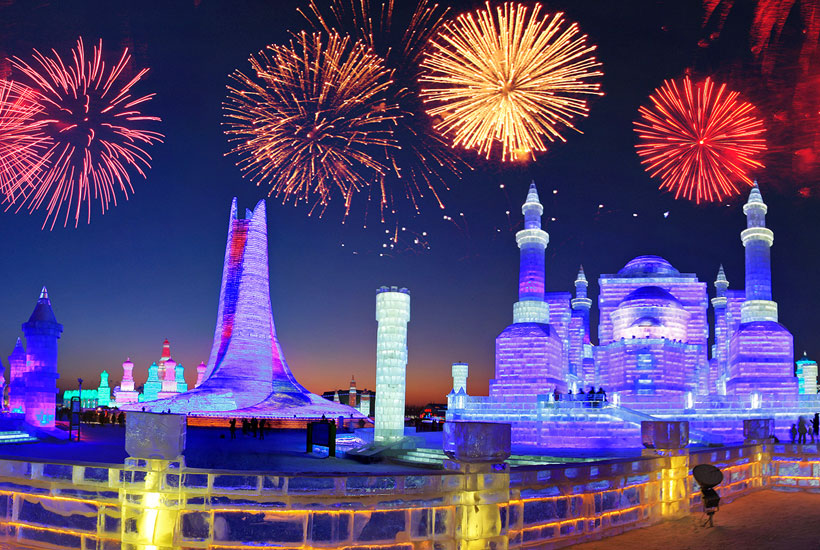 Harbin Ice and Snow Festival Held every December to March

The direct distance between Beijing and Dalian is about 463 kilometers. Flight and train are the best ways to travel between Beijing and Dalian. If you take a flight, you can get to Dalian from Beijing in about 1.5~2 hours. Besides the flights, there are also high speed trains available, which run from Beijing Chaoyang Railway Station (北京朝阳) to Dalian North Railway Station (大连北). The duration of train travel vary from 4 hours to 5 hours. Every day, there are about 5~6 bullet trains on schedule. 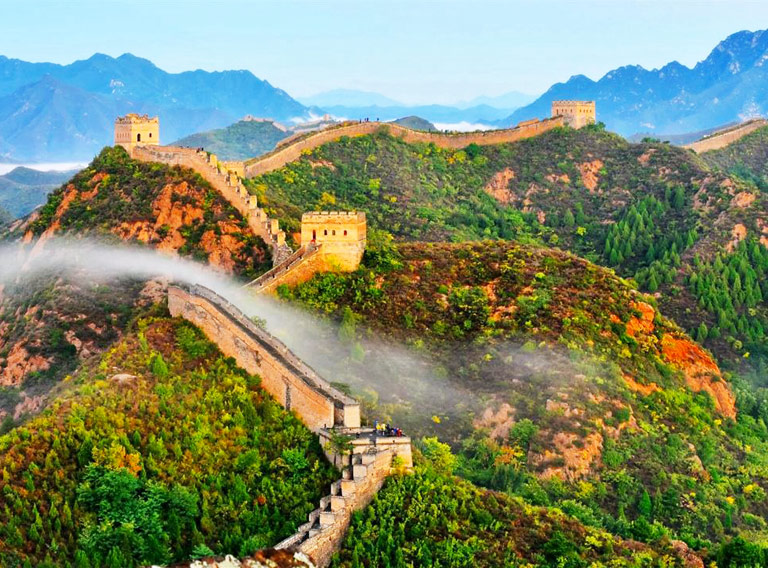 Dalian is relatively small. However, it has an efficient subway system. No matter you are coming from the airport or train station, you can get around Dalian by metro. 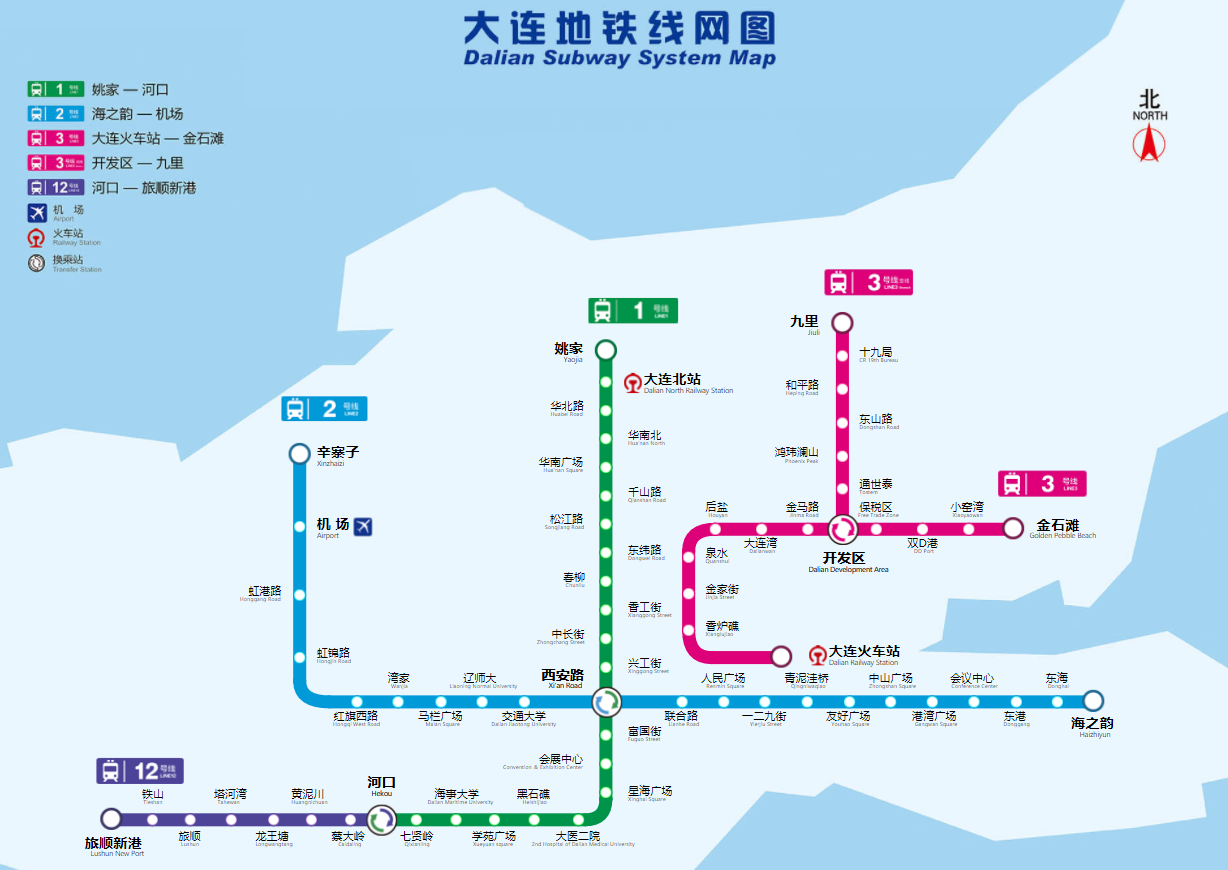 As the metro system is already efficient enough, taxi and bus are seldom chosen by visitors. However, if you are in hurry to catch your flight or train. Asking a taxi is still a good choice. The only thing you should notice is that you may waste more time to queue up for a taxi at where there are crowds.

Those city bus lines are not really recommended.

Though Dalian has efficient metro lines and busy taxis and bus, it will be more convenient to make transfers between the attraction sites/hotels/train stations/airports by private car. If you go with a private car, you can hop on your car no matter when you need it. There is no further need to wait in a long queue or to walk to the appointed stations. We China Discovery offer such amazing private car service in all our Dalian tour packages. If you are in need, please contact us .

How to Plan a Dalian Tour?

Visitors usually spend 1~4 days in Dalian. Those who are coming to Dalian in hurry, they spend 1 day around to have a rough trip to its coastline. Some prefer Golden Pebble Beach, while some may visit Xinghai Square and Sunasia Ocean Park.

If you have 2 days in Dalian, you are suggested to spend your first day at Xinghai Square and nearbys and the next day to meet with the best seascape in Dalian and have fun at Tiger Pebble Beach Ocean Park.

A 3 Day Dalian Tour will cover almost all the major highlights in Dalian, including its best coastal scenery and ocean parks. If you have 3 days around, you are high suggested to take such a trip.

If you want more Dalian surprises, you can also add Bangchui Island into your trip, which used to be the summer retreat for national leaders of China.

In addition, you are highly suggested to extend your trip to more destinations in Dongbei Region, including 3~6 days to Harbin, 2~4 days to Changbaishan, 1~2 days to Shenyang, 1~2 days to Jilin, 1~3 days to Changchun, etc. Have your preferences? Contact us to get a tailor-made trip!

We always welcome visitors from all over the globe to visit and have fun in the romantic Dalian! If you have such a plan, you can feel free to tell us your favorites of the city, your group size, interests and any specific needs, we can CUSTOMIZE a Dalian Tour for you! If you go with us China Discovery, we will take care of all your details, including the accommodation, airport pick up and drop off, local specialty, tickets, visiting routes and itineraries and more. You can just spend your every spare moment to indulge in the coastal landscapes and ocean parks activities! If you are interested, please contact us and let our experienced travel consultant help you!

Top 3 Dalian tours chosen by most customers to explore Dalian in the best way. Check the detailed itinerary, or tailor your own trip now with us. 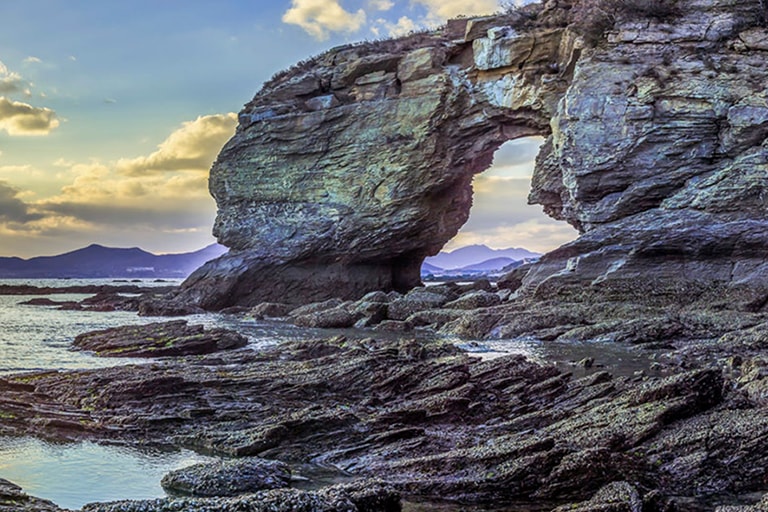