Mount Jiuhua (Jiuhuashan), which was originally known as Jiuzi Shan, is one of the four sacred mountains of Chinese Buddhism. Located near Mt.huangshan in the south, Jiuhuashan also enjoys magnificent landmarks. Shanghai is a worldwide modern city that has convenient traffic conditions. Currently, Shanghai operates 11 pairs of High Speed Trains to Chizhou (池州), where Jiuhuashan located in. All of them are G-trains and can take travelers achieve the journey within 4 hours. Apart of the G-trains, there are also two normal K-trains along the way, by which travelers should take at least 8.5 hours.

Shanghai Jiuhuashan High Speed Rail is a vital section of Shanghai-Anqing (安庆) High Speed Rail and Wenzhou-Anqing High Speed Rail. Along the rail, Chizhou is the last stop before the finally destination Anqing. With a measured distance about 522km (324miles), the Shanghai Chizhou High Speed Rail allows High Speed Trains traveling from Shanghai to Chizhou or back from Chizhou to Shanghai within 4 hours. Except Shanghai and Chizhou, there are 8~12 middle stops settled along the way, including Suzhou (苏州), Wuxi (无锡), Changzhou (常州), Danyang (丹阳), Zhenjiang (镇江), Nanjing (南京), Ma’anshan (马鞍山), Tongling (铜陵), etc.

Traveling from the skyscrapers of Shanghai to the marvelous mountains and temples of Jiuhuashan by High Speed Trains is such a classical and amazing tourist line that showing both Chinese culture, nature and buildings. Due to the convenient transportation condition of Shanghai, travelers always choose Shanghai as the first stop of their China exploring tour. For this modern wonder, you are highly recommended to spend 2~3 days to feel its prosperity deeply and personally. After that, you can take High Speed Trains to Jiuhuashan, which needs 2 days to explore in the fullest, including its nature and culture. For Mt. huangshan (Yellow Mountain), one of the top mountains of China, is located near Jiuhuangshan, you can spend 2~3 days to visit this mountain if you have time left. For the details, you can check our most popular 6 Days China Mountains Tour with Classic Shanghai as reference. Below are some useful tourist maps and you can also get more Shanghai Maps and Huangshan Maps from our website.

China is such a wonderful country that well-connected by High Speed Trains. Till the end of 2017, there are over 150 cities of China have been well covered by the punctual and continent High Speed Train. Besides, the High Speed Rail of China is longer than that of other countries combined. Almost every tourist city you want to visit has passing High Speed Trains, including Beijing, Shanghai, Xian, Nanjing, Chengdu, Chongqing, Hangzhou, Guilin, Kunming, Guizhou, Xiamen, etc. If you are interested, you can check below most popular High Speed Route or get more information, you can check all high speed train routes and more maps here. 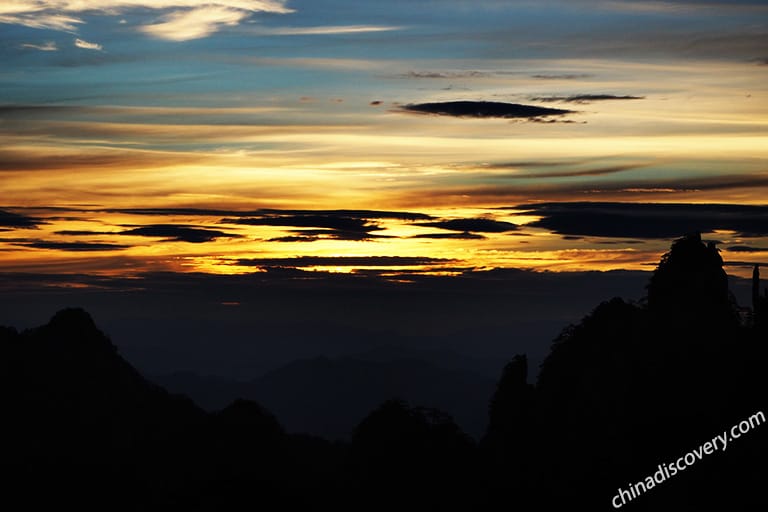