Most tourists will take Shanghai as the prologue of their China tour, because it’s not only a modern city standing for China’s present, but also a transportation hub operating convenient international flights as well as domestic flights and high speed trains. If you want to travel to Chengdu – the home to giant pandas and the city of abundance, you can take a 3.5 hours’ flight or 11 ~ 15 hours’ high speed train. A high speed train takes much longer time, but the train journey in China was interesting. You can see the different views of southeast China to Southwest China. Generally, there are 5 high speed trains running from Shanghai to Chengdu – 1 G-train and 4 D-trains. Almost all the trains depart in the morning and arrive at the night. The fastest train G1974 takes 11 hours and 8 minutes. Check Shanghai to Chengdu High Speed Train Schedule 2018>

Shanghai Railway Station operates 1 D-train to Chengdu. It is located in city area and connected with many attractions well. It can be reached by metro Line 1, Line 3 and Line 4.

More than highly soaring modern buildings like Shanghai Tower, Shanghai World Financial Center, Shanghai Oriental Pearl Tower, etc., Shanghai also have some historical attractions, like Old French Concession, Yuyuan Garden, Zhujiajiao Water Town and others. If Shanghai represents the rapid development, Chengdu represents slow-pace life. In Chengdu there are many parks and teahouses for leisure. The biggest loadstone of Chengdu is giant panda which is regarded as the most adorable animal in the world. You are suggested to spend 4 ~ 6 days discovering the landmarks of Shanghai and Chengdu. For more maps involving location, transportation and attraction maps, please check Shanghai Maps and Chengdu Maps.

32 of 34 provinces and regions in China have constructed high speed railways and 150 cities can be reached by high speed trains. In addition to Shanghai and Chengdu, there are many popular tourists destinations included, like Beijing, Xian, Guilin, Chongqing, Hangzhou, Suzhou, and Wuhan and so on. Click the following maps to know most recommended rail lines and you can read more China high speed train maps here.

Top 3 Shanghai Chengdu tours chosen by most customers to explore in the best way. Check the detailed itinerary,or tailor your own trip now with us. 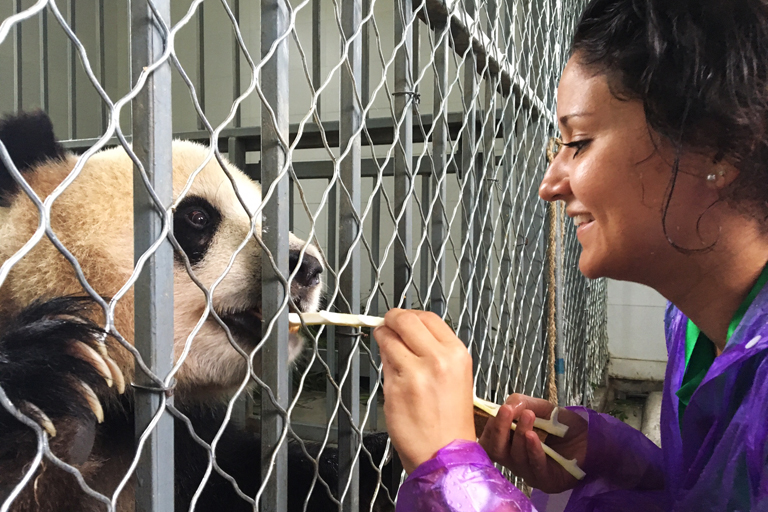