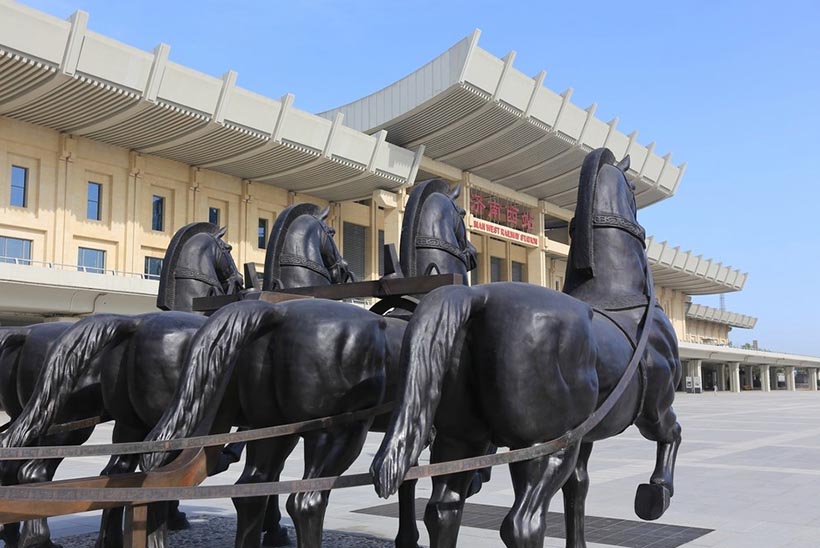 As the capital city in central Shandong, Jinan is not only located on some major railways in East China, but also has well-developed provincial rail network. That means, travelers can take trains, especially high speed trains to getting to Jinan from Beijing, Shanghai, Tianjin, Zhengzhou, Taiyuan and major cities in nearby province, and from Qingdao, Weifang, Qufu, Tai’an, Yantai and many cities within Shandong. According to official project, Jinan will build a “米” shape high speed railway network, linking altogether 7 high speed lines in 8 directions. 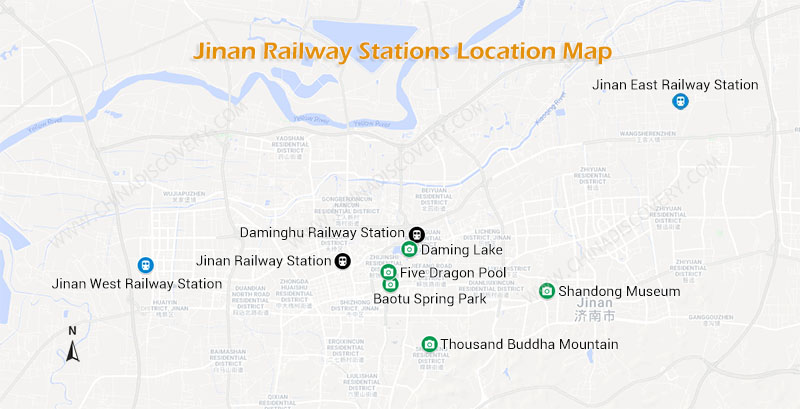 Jinan West Railway Station, also called Jinanxi Railway Station, is the major train station in Jinan. It was completed and put into use in 2011 along with the opening of Beijing Shanghai High Speed Railway. With a total construction area of 100,000 square meters, the station has 9 platforms and 18 rail lines, and two squares.

Transfer to Attractions in Jinan & Destinations in Shandong 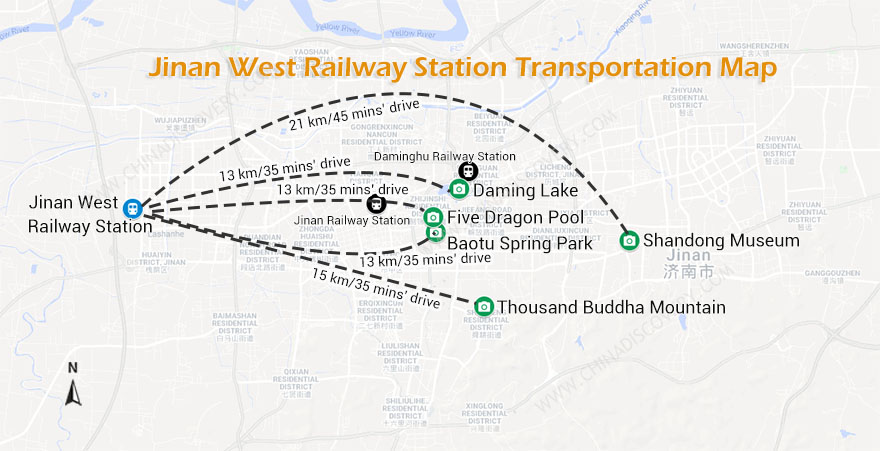 Note: The train schedules above are subject to adjustment in each season. You can contact us for more available high speed trains to Jinan West Railway Station and updated train information for your train tour to Jinan.

The original Jinan Railway Station, built in 1908, designed by German architect master Hermann Fischer, was an outstanding architecture complex and the world’s largest train station in the 1900s. But it has been demolished in 1992. Today’s Jinan Railway Station was newly erected in 1995, with an overall floorage of 120,000 square meters, 7 platforms and 10 tracks.

How to Transfer to Other Attractions/Destinations?

So far, tourists getting off at Jinan Railway Station can take taxi, many city bus lines or BRT (Line 5) to get to your hotel and attractions in downtown and outside the city. 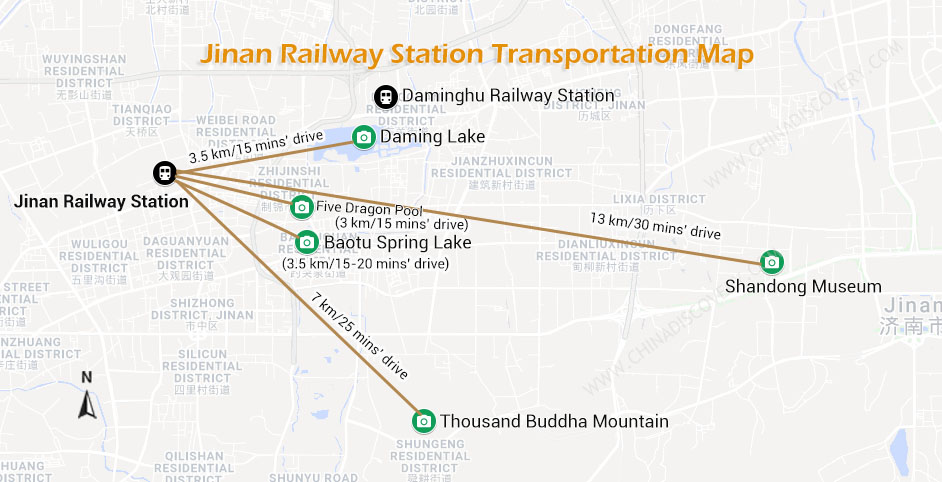 The following is the most popular train routes of Jinan Railway Station:

Note: The train schedules will be changed seasonally. You can contact us for more available high speed trains to Jinan West Railway Station and updated train information for your train tour to Jinan.

The Other Two Train Stations in Jinan

Except the mentioned above train stations, Jinan still has two other stations can be used. One is the Daminghu Railway Station near Daming Lake in city center and another is Jinan East Railway Station in northeast suburb.

Daminghu Railway Station is a small auxiliary train station in Jinan, which mainly helps to distribute passenger volume of Jinan Railway Station. It is located only 600 m north of the North Gate of Daming Lake. From end of 2019, the station officially takes all normal trains to Jinan running on the Qingdao-Jinan Railway and a few bullet trains. 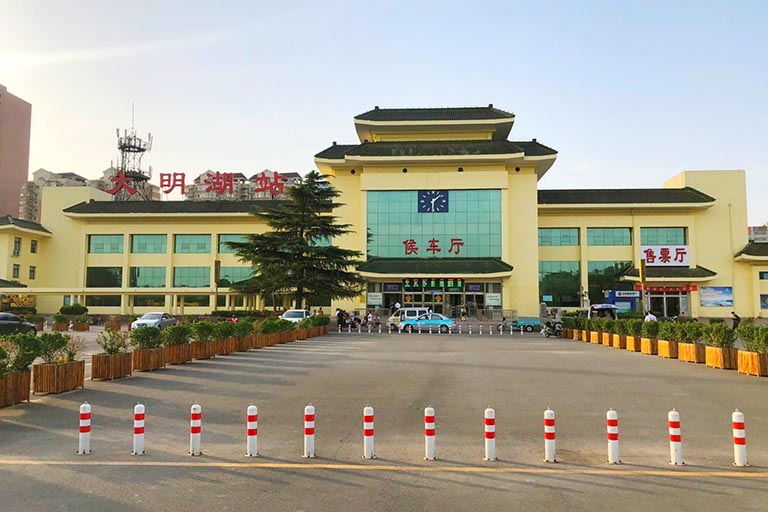 Note: We listed some train schedules of Daminghu Railway Station for your reference. If you want to know more details and other trains to this station, please contact our travel consultant for further help. 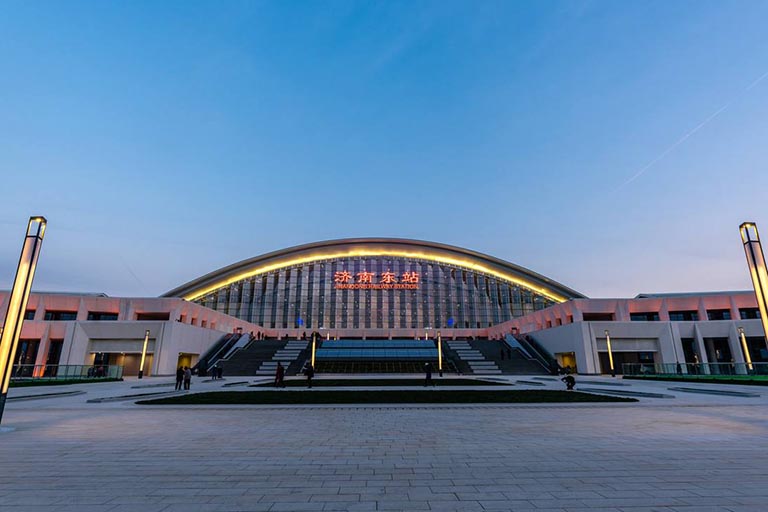 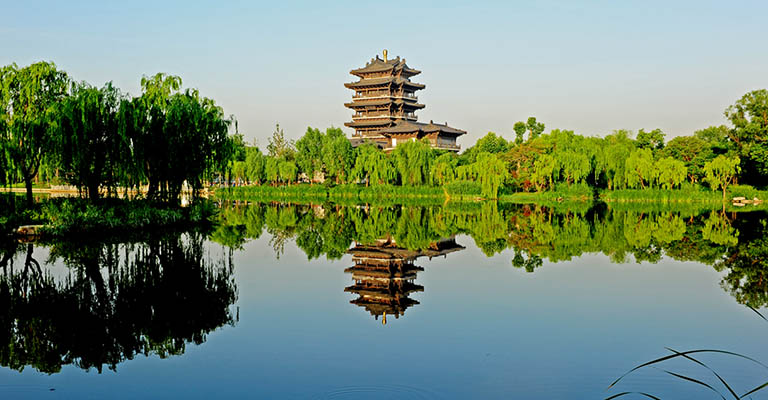 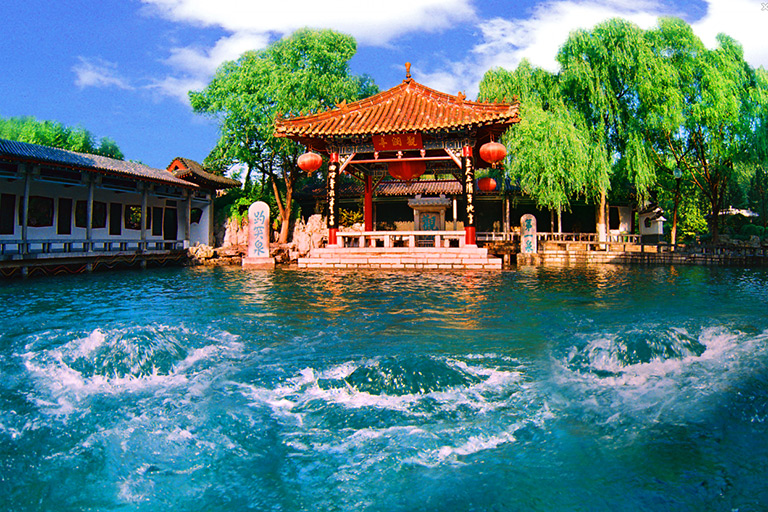