Why Our Silk Road Tours

The route of the land silk road takes Chang'an (now called Xi’an) in the Western Han Dynasty as the starting point of the whole route, passes through the Hexi Corridor, and then reaches the famous Dunhuang. However, from Dunhuang, it is divided into two routes: the two routes start from Dunhuang, bypassing the Taklamakan Desert and Lop Nur northward and southward, finally rejoin at the terminal Rome.

It is an important commercial and trade channel connecting the hinterland of China and, Asian and European countries. It is the formation of this channel that made an important contribution to the earliest international trades. Now the silk road has become a world heritage site.

Stretching about 4,000 miles (6,437 kilometers), the Silk Road started from the ancient great China capital city Chang’an(today’s Xi’an), and later from Luoyang during the East Han Dynasty. It moved westwards, via the Hexi Corridor(Wuwei, Zhangye, Dunhuang, Jiuquan...), and divided into northern, middle, and southern routes. The southern and middle route rejoined at Kashgar, then passed through Pamir Plateau and north of Aral Sea, reached Baghdad and Damascus, moved northwestwards, finally ended at Constantinople. While the northern route moved through Turpan, Talgar, and Almaty, turned northwest past the Aral Sea and north of the Caspian Sea, then and on to the Black Sea and got to Constantinople.

It has two concepts. Generally speaking, the silk road includes two, one is the Land Silk Road and the other is the Maritime Silk Road. In a narrow sense, the silk road often refers to the land silk road.

It started from the ancient capital of China - Chang'an (Xi'an), and later it was moved further east to Luoyang. Then, the route stretches through the Chinese province of Gansu along the Hexi corridor and split into three further routes, two of them split at Dunhuang bypassing the Taklamakan Desert to rejoin at Kashgar, and the other going north of the Tianshan mountains through Anxi, Turpan, Yining and met the Dunhuang-Kashagar routes at Koland.

In Kashgar, the route split again. The southern branch connects Balch to Merv, while the northern branch is from Kashgar to Koland, Samarkand, and reaches Merv. In Merv, the two branches rejoined and headed westward to Qumis, Seleucia, and finally Dura-Europos. The routes split again west of Kashgar, with a southern branch heading down the Alai Valley towards Termez (in modern Uzbekistan) and Balkh (Afghanistan), while the other traveled through Kokand in the Fergana Valley (in present-day eastern Uzbekistan) and then west across the Karakum Desert. Both routes joined the main southern route before reaching ancient Merv, Turkmenistan. Another branch of the northern route turned northwest past the Aral Sea and north of the Caspian Sea, then and on to the Black Sea.

The southern route was mainly a single route from China through the Karakoram mountains, a road connecting Pakistan and China. It then set off westwards, but with southward branches so travelers could complete the journey from various points. Crossing the high mountains, it passed through northern Pakistan, over the Hindu Kush mountains, and into Afghanistan, rejoining the northern route near Merv, Turkmenistan. From Merv, it stretches mountainous northern Iran, Mesopotamia, and the northern tip of the Syrian Desert to the Levant. Another branch road traveled from Herat through Susa to Charax Spasinu at the head of the Persian Gulf and across to Petra and on to Alexandria and other eastern Mediterranean ports from where ships carried the cargoes to Rome.

China has a long history with splendid culture with abundant resources, the "Silk Road" is definitely a world-famous route for international economic trades, connecting Asia, Africa, and Europe. It is the earliest commercial trade route in ancient times. The Silk Road extended more than 7,000 kilometers. While more than half of the whole length was located in China. In China, the Silk Road routes consisted of two sections: Eastern Silk Road and Western Silk Road.

Silk Road started from two capital cities of the Han Dynasty – Chang’an and Luoyang, moved westwards and split into northern, middle, and southern routes. The northern route started from Chang’an (from Luoyang in later Han), moved along the Wei River, reached Baoji and Longxian, climbed over Liupanshan Mountains, crossed Yellow River at Jingyuan, last got to Wuwei. This route was the earliest road which was short and lack of supply.

The middle route went from Chang’an(from Luoyang in later Han), separated from the northern route in Shanggui (today in Tianshui), passed by Liupanshan Mountains, arrived at Lanzhou, across the Yellow River, moved northwards to Wuwei. This route later became the major trade route because of its short length and better supply.

The southern route left Chang’an(from Luoyang in later Han), went via Tianshui, Lintao, and Linxia, crossed Yellow River in Yongjing, then passed Xining to Zhangye. This route had a good supply but was not chosen by most traders because of its long-distance.

The northern and middle Silk Road route rejoined the southern route at Zhangye, moved westwards via Jiuquan and Guazhou to one of the most famous cities on the Silk Road – Dunhuang which was the end of the eastern Silk Road in China.

Due to the tough road condition and barren environment of Taklimakan Desert and Lop Nur on the southern and middle route, East Han Dynasty created another route northwestward from Dunhuang, via Hami, Barkol Lake, Jimsar, Banquan, Huocheng, to Suiye which is the final stations of the northern route in China.

How to Plan a China Silk Road Travel

Best Time to Go: Generally, months from April to October are the best time, because the temperature is moderate and pleasant, the weather is good and the natural scenery is the most beautiful during this period.

The ancient Silk Road is a long tourist travel route involving lots of Chinese destinations, mostly located in Northwest China. A Silk Road travel can be flexibly customized according to travelers’ length of vacations, departure city, individual preferences and budget. It can take a few days to a few weeks and months.

If you have a tight schedule with only several days (4 ~ 5 days), you’re advised to make a brief Silk Road tour from the starting point - Xian, and visit Luoyang nearby or Dunhuang, the legendary treasury of Buddhist art, history and culture. If you have visited Xian and would like a deeper exploration, then Gansu’s Hexi Corridor (Zhangye, Jiayuguan and Dunhuang) - essence of ancient Silk Road is the best recommendation and a classic trip takes about 6 days.

Travelers with 7 ~ 8 days can visit more Silk Road destinations. You can explore the Hexi Corridor with neighboring Qinghai, enjoy beautiful Qinghai Lake and other stunning landscapes and cultures, or travel farther to Xinjiang, unveil the mysterious Western Regions in top destinations - Turpan, Urumqi and Kashgar. Depending on your pace, you can even take some side trips, such as travelling to Karakul Lake from Kashgar.

A holiday of 10 ~ 15 days and a longer length is suitable to cover major destinations along the Silk Road in China. You can flexibly arrange an itinerary based on your interests. The most classic Silk Road tour covers Xian, main destinations in Hexi Corridor and Xinjiang, and takes just 10 days. Qinghai and Ningxia are popular regions for an in-depth Silk Road adventure. If time allows, you can visit the holy land of Tibet (Lhasa, Shigatse, Mount Everest, Mt.Kailash...) which has impressive Buddhist and Tibetan culture and plateau vista, and other destinations in China to experience the vast and diversity of China. 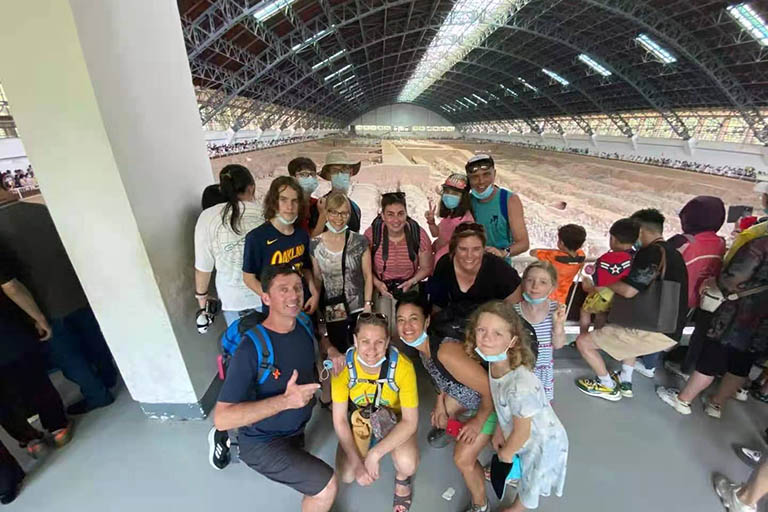 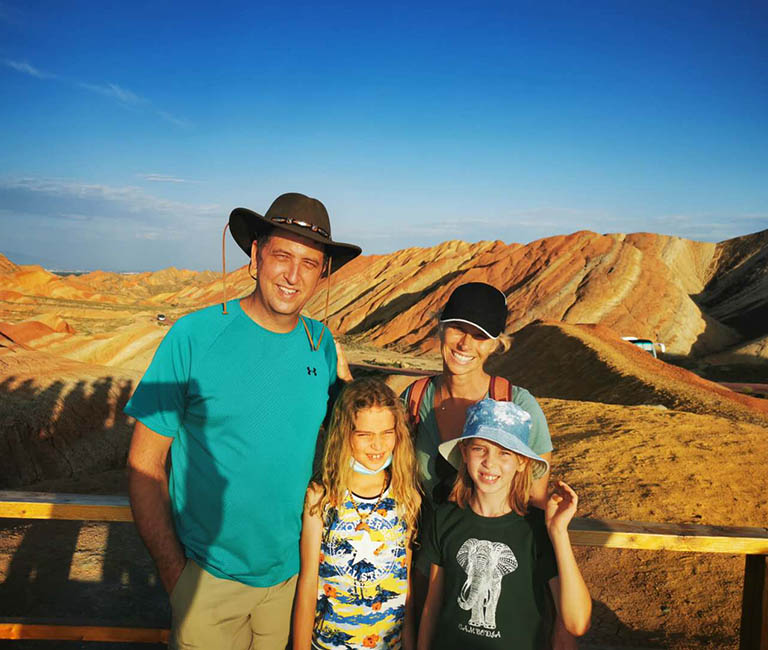 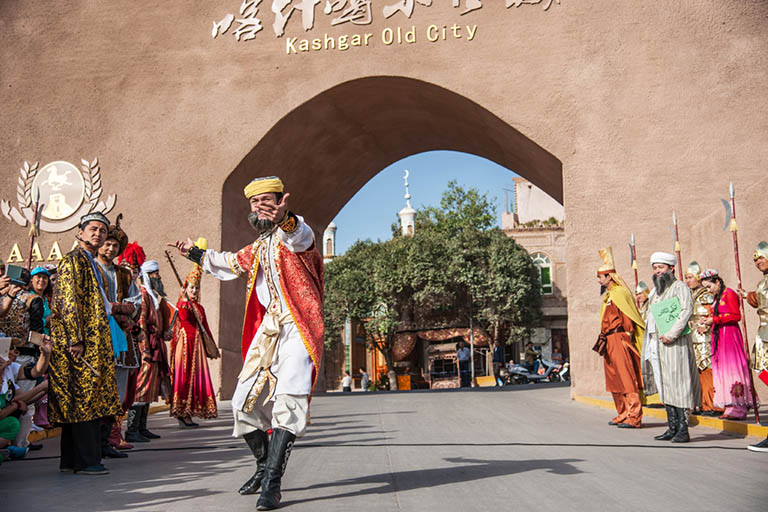 Since most destinations along the ancient Silk Road are located in the remote Northwest China and some attractions are scattered far from the cities, it’s best to travel with a local professional travel agency, like China Discovery, to enjoy a Silk Road adventure. We will not only help you plan a suitable travel itinerary, but also arrange all the services you need, including tour guides and drivers, transfer vehicles, hotels and tickets, meals, etc., to make sure you make an educational cultural and historical travel with relaxing visual enjoyment. You can find more inspiration from our Most Popular China Silk Road Tours or contact us to customize a special one.