Tianjin, formally called Tientsin, is one of four national direct-controlled municipalities and an international port city neighboring Beijing and Hebei Province in north China. The city is famous as the respected home base of Beijing Opera, fancy street lines of architectures in coexistent western and Chinese traditional, historical and modern style, funny crosstalk, and center for traditional Chinese Martial Arts.

As the largest coastal city in northern China, Tianjin handles more than 600 high speed trains to connected cities, such as major tourist destinations of Beijing, Shanghai, Xian, Chengdu, Harbin, etc. From the city, travelers can easily transfer to most regions of China on the same day. Besides, the short-distance intercity high speed trains connects Beijing and Tianjin conveniently within 30 minutes’ high speed train trip, whether you commutes for tourism or business between the two cities.

With the world’s top level harbor of international cruises, Tianjin is chosen as a stopover city of high speed trains from Beijing to Harbin and Shanghai, and to other destinations. The short distance and fast train travel between Beijing and Tianjin makes the Double City Life more easy and budget. If you want to travel to Shanghai and Xian, check our popular Tianjin high speed train routes below to get inspired.

The Beijing-Tianjin Intercity High Speed Railway, which runs in a southeast direction, is the first high speed railway of China as well as the best showcase of China’s high speed railway economy. This line has delivered more than 250,000,000 passengers, and recently increased the train speed to 350km/h marks as its 10th anniversary. Since August, all trains on the line will be changed to the newest Fuxing Trains, offering a better travel experience between the two destinations. Within half an hour, passengers can transfer from Beijing to Tianjin, the two economic axis of Bohai Economic Rim, for business, travel or daily life easily and efficiently.

Currently, there are more than 160 high speed trains (including over 100 C trains & more than 50 G trains) running from Beijing to Tianjin every day. All the trains are changed to Fuxing Trains recently, and they are scheduled between about 6:00am to 23:00pm. Now a train trip between Beijing and Tianjin has been reduced to around 30 minutes, compared to 2 hours on the normal trains.

For travelling from Tianjin to Shanghai, there are many trains you can take, some starting from Tianjin to Shanghai and most of them are Beijing Shanghai High Speed Trains passing by Tianjin. The train travel time has been reduced from over 16 hours to the fastest 4 hours. Every day, Tianjin sends more than 20 high speed trains to Shanghai from 07:30am to 18:30pm. G5 train is the first train (a Fuxing Train) that leaves from Tianjin South Station at 07:33am to Shanghai Railway Station at 11:40am. G9 (12:33-16:36) and G15 (18:33-22:36) runs on Beijing Shanghai High Speed Railway only takes 4 hours and 3 minutes. Moreover, there is an extra overnight bullet train - D321 (22:21pm-09:09am) available. On the southeastward way to Shanghai, tourists could stop at Jinan (capital of Shandong Province), Nanjing (capital of Jiangsu Province), Suzhou, or extend China discovery to Hangzhou after 1 more hour’s ride.

Fantastic Skyscrapers of the Bound, Shanghai

Tianjin occupies the throat position of passes to Northeast China. Trains from Beijing, Shanghai Shijiazhuang, Zhengzhou, Wuhan and Qingdao will all have stopovers at Tianjin. You could choose trains from about 08:00am to 15:54pm and have a good rest to prepare your winter holiday in Harbin. Traversing Beidaihe, Qinhuangdao, Shenyang and Changhun, you would finally terminate at Harbin West Railway Station after less than 6.5 hours’ train travel. Though there are still over 20 normal speed trains available with lower prices, it’s not recommended for most tourists, because the traditional trains take much longer duration, up to 17 hours. A warm tip for you: wear warm and do enough protections from the frozen cold weather and climate situation when you are going to tour Harbin and other cities in northeast China.

Getting to the Home of Terracotta Warriors - Xian from Tianjin is entirely feasible within half a day by high speed train. Every day, Tianjin dispatches 5 G trains from Tianjin Railway Station, Tianjin West Railway Station to Xian North Railway Station, between 08:00am to 16:00pm. You will travel from north to central China via Shijiazhuang, Zhengzhou (Shaolin Temple), Luoyang (Longmen Grottoes) on the fast, comfortable and advanced high speed trains. Don’t worry that you will arrive late in Xian, for latest train G1711 reaches Xian North Station at 22:25pm and the Xian Metro Line 3 (opening at 06:00am ~ 23:50pm) connects the station with Xian Ancient City Wall and downtown area directly. Once finishing tour of Xian, you can take the Xian Chengdu High Speed Railway to encounter the Giant Panda in and around Chengdu, or transfer to Chongqing to experience a Yangtze River Cruise tour along the China Three Gorges.

If you are interested in a China high speed train tour package from or to Tianjin, please select from our recommended Tianjin High Speed Tours, or just contact our travel experts, they will help you tailor make the itinerary and arrange the train ticket and accommodation quickly and professionally. 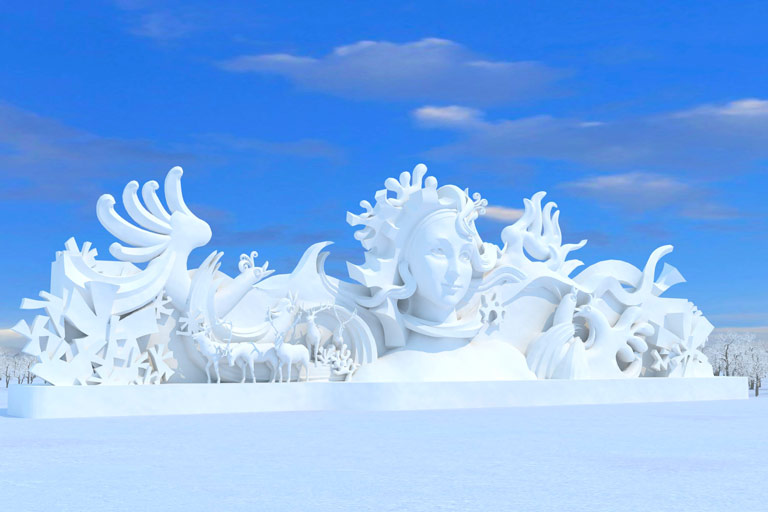