Located in the Southeast part of Jiangsu Province and central part of Yangtze River Delta, Suzhou enjoys convenient traffic condition especially high speed trains. It borders on the international metropolis Shanghai on the east and you can reach to one from the other conveniently. Many tourists also prefer to have a tour combining Suzhou with Hangzhou which is just 160 km away.

Nowadays, the high speed trains from many different cities can take you to cultural and elegant Suzhou in which you will have an unforgettable experience with classical gardens, charming water town, melodious Kunqu Opera etc. Start a fast, convenient, comfortable journey!

As the international metropolis in China, Shanghai is one of the best first destinations in China. There are lots of attractions to delight your eyes, including towering skyscraper, informative museums, old western architectures, funny theme parks, etc. Just 81 kilometers away from Shanghai, Suzhou is always the next travel destination after several days’ exploration in Shanghai. There are nearly 200 scheduled high speed trains running from Shanghai to Suzhou. Frequently as about every 10 minutes, there is a bullet train (Shanghai/Shanghai Hongqiao - Suzhou/Suzhou North) you can take. The fastest train takes just 23 minutes. The earliest train start before 06:00am while the latest leaves Shanghai at around 23:00pm. 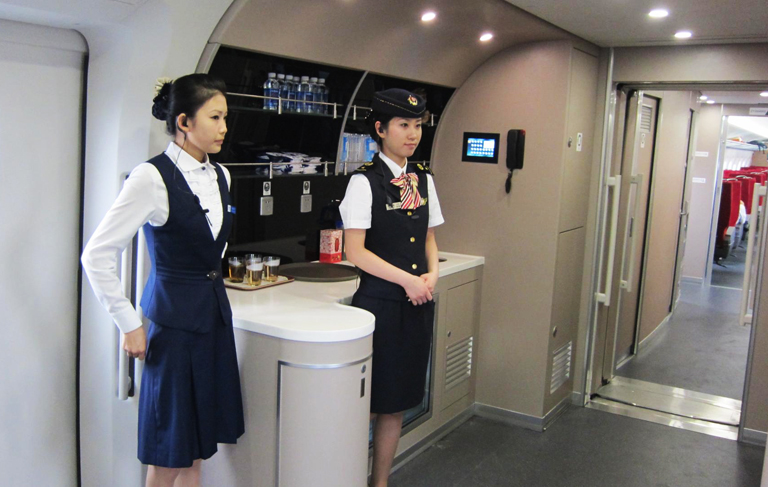 There goes an old Chinese saying that “Suhang (Suzhou and Hangzhou) is the paradise under the heaven”. Hangzhou is famous with its West Lake which features in different scenery in four seasons while Suzhou attracts numerous tourists with its delicate gardens. Besides, you can visit many peaceful water towns in Hanghzou and Suzhou. Frequent high speed trains connecting Suzhou and Hangzhou makes “paradise tour” much easier. There are about 30 high speed trains (including G trains & D trains) running from Hangzhou to Suzhou. From 07:38 to 20:43, you can easily take at least one high speed train almost in every hour. Usually it takes about 1.5 hours to travel between Hangzhou and Suzhou.

Nanjing, the old capital city of China, is the capital of Jiangsu Province while Suzhou is a popular tourist destination in Jiangsu. A tour combing Nanjing and Suzhou allows you to get a glimpse of Chinese long history and the Suzhou classical gardens with meticulous design. There are over 180 high speed trains (both G-trains and D-trains available) departing from Nanjing to Suzhou. Both Nanjing Railway Station and Nanjing South Railway Station operate high speed trains to Suzhou. The length of the railway between Nanjing and Suzhou is about 217km and the whole trip takes about 1 ~ 2 hours usually. 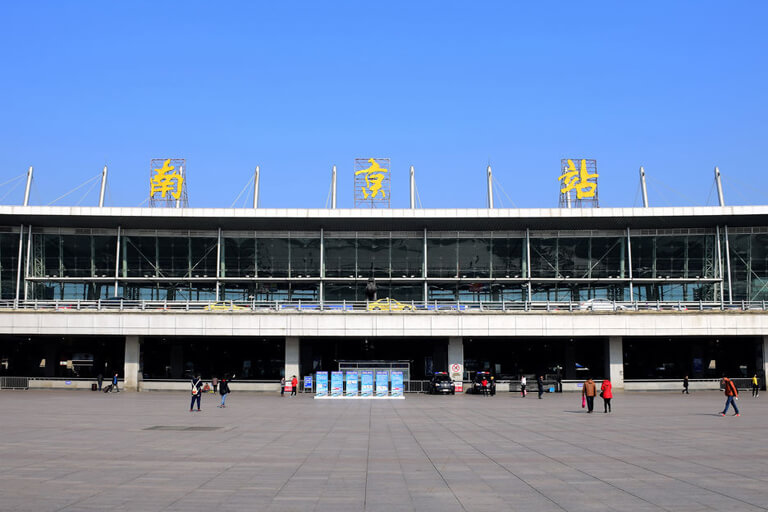 In addition to Shanghai, Hangzhou and Nanjing, there are nearly 20 high speed trains running from Beijing to Suzhou as well, including about 20 G-trains and 1 D-trains. The G-trains take about 5.5 hours and the D-trains take about 11 hours. From Xian to Suzhou, 7 high speed trains are also feasible. Taking one high speed G-train, you can travel from Xian to Suzhou as short as 6 hours. Or you can take an overnight D bullet train which takes about 9 hours and 41 minutes.

If you are interested in a China high speed train tour package with Suzhou, please select from our recommended Suzhou High Speed Tours, or just contact our travel experts, they will help you tailor make the itinerary and arrange the train ticket and accommodation quickly and professionally.

About 10.5 km away from Suzhou Railway Station and 18 km away from Guanqian Street (downtown of the ancient city of Suzhou), Suzhou North Railway Station mainly serves bullet trains running on Beijing-Shanghai High Speed Railway. It is located in Chengtong Road, Xiangcheng District, Suzhou (江苏省苏州市相城区城通路). It was operated in 2013 connected with Suzhou Metrol Line 2 as well. Most of the high speed trains conects Suzhou with Shanghai, Hangzhou, Bejing, Nanjing, Tianjing, Qingdao, Harbin etc. 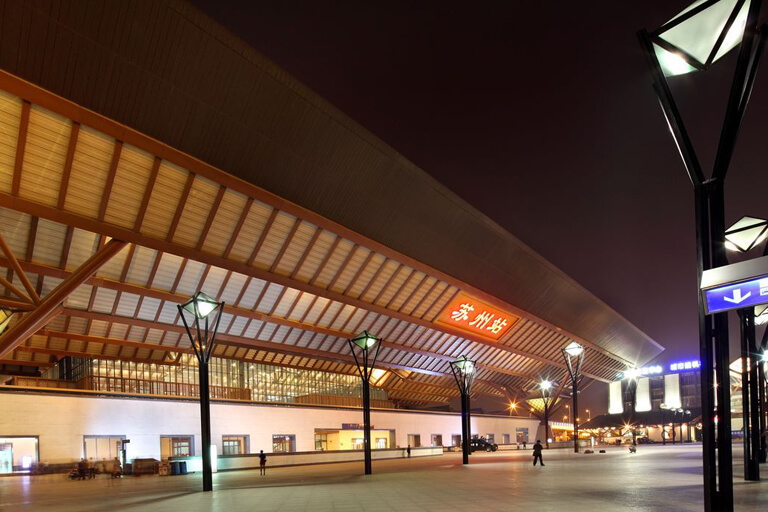 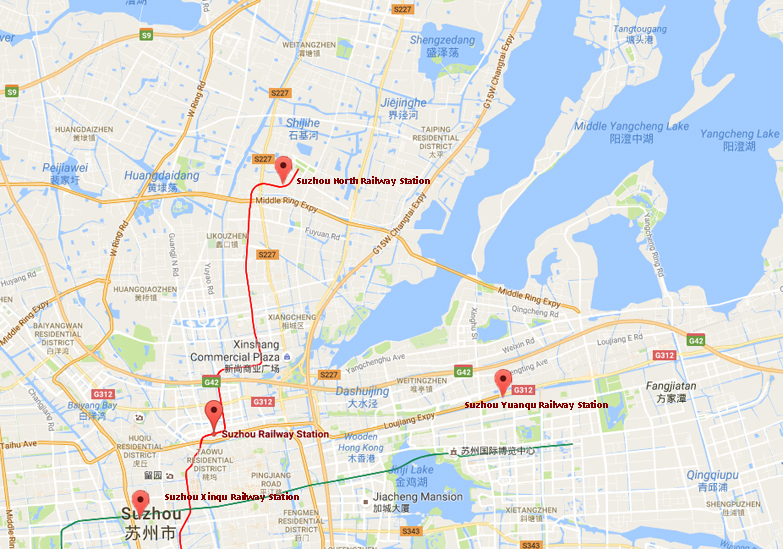 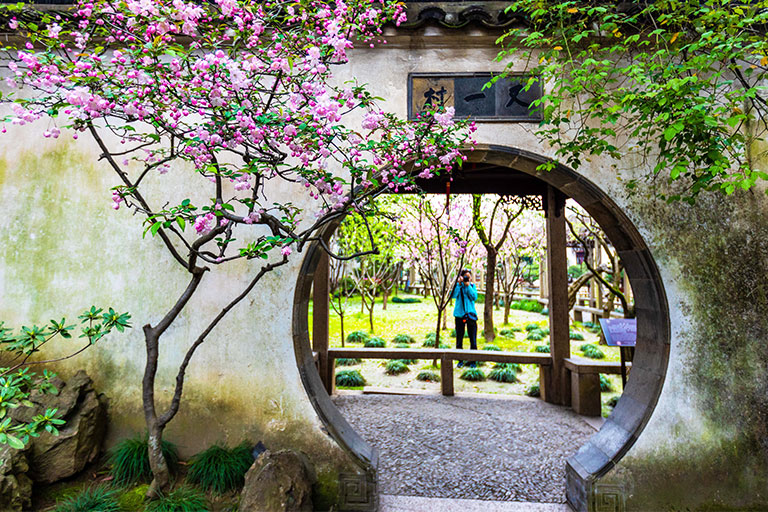