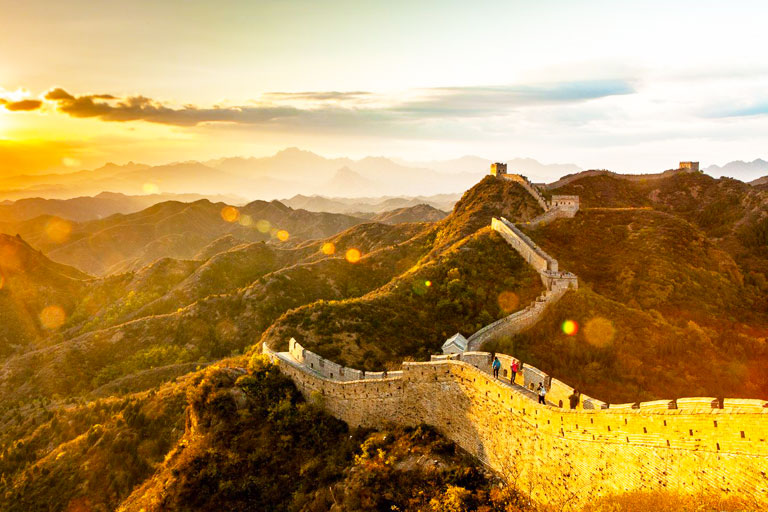 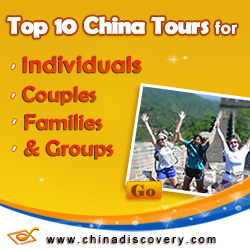 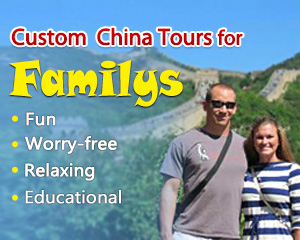 As the introduction of Buddhism from India in Han Dynasty, China initiated temple construction and sites of enlightenment and continues today. The Buddhist culture in China went through long history of growth and prosperity, and ultimately turns into historical appeal and cultural charm together with the attractive natural scenery where they pullulated, achieved fame throughout the world. Among the numerous famous Buddha Mountains in China, the most sacred four are known as Gold Wutai, Silver Putuo, Copper Emei and Iron Jiuhua respectively for they believed to be the holy seats Manjusri Buddisattva, Avalokitesvara, Samantabhadra Bodhisattva and Ksitigahba Buddhisattva reincarnated to tame certain beings. 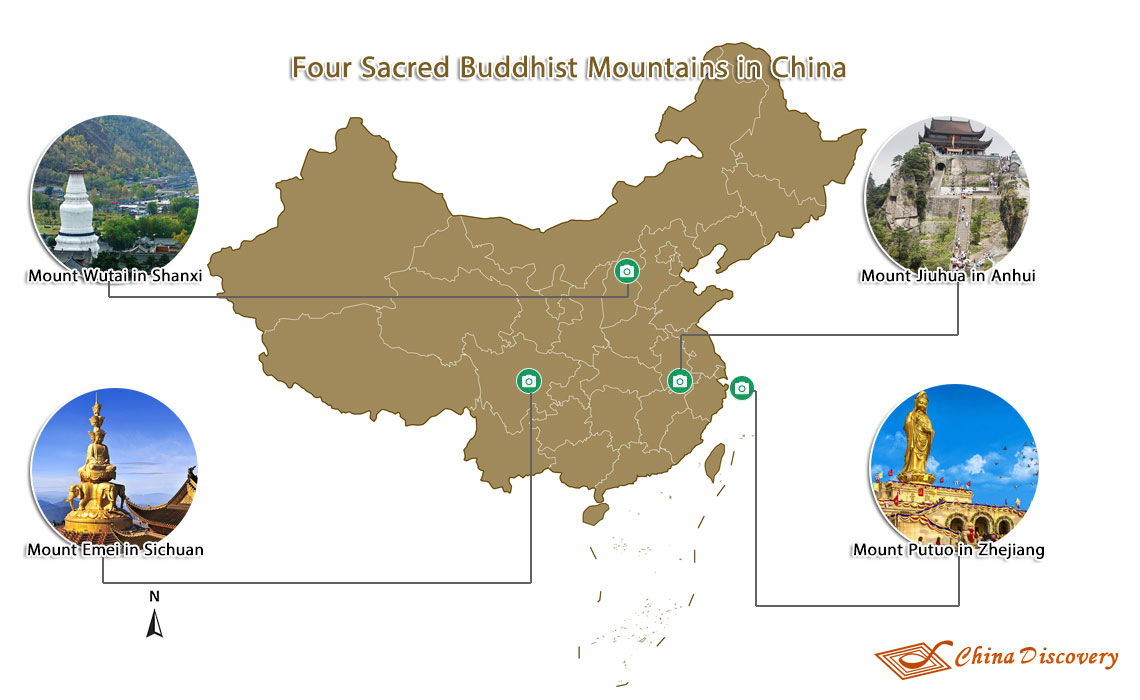 Best Travel Time: March to December. Spring (March to April) and Autumn (September to October) are the best seasons of Mount Emei when the weather is pleasantly mild, beautiful azaleas bloom over the mountains and Buddhist Temple Worship held in Spring, dazzling red leaves making up picturesque views in Fall. Generally tourists can visit Mount Emei full year for it has distinctive characters in each season.

Mount Emei usually refers to the Da’e Peak of Mount Emei Scenic Area, the highest peak among the four most sacred Buddhist mountains. Listed both as the World Cultural & Natural Heritage among the four Buddhist mountains, Mount Emei gives tourists more than the four great natural spectacles of sunrise, clouds’ sea, golden summit and light of Buddha from the mountaintops at Golden Summit, lots of holy Buddhist treasures and precious cultural relics in this divine mandala of Samantabhadra Bodhisattva (普贤菩萨) as well. Meanwhile, visitors may get a chance to have close contact with wild monkey in the Natural Ecology Monkey Reserve.

By the mid-1st century, Buddhism spread into Mount Emei from India though Silk Road. Then Wannian Temple (previously known as Puxian Temple) was constructed in the 3rd century, and more than 100 Buddhist temples were built afterwards, making Sichuan a Buddha center for a time. The giant bronze statue of Samantabhadra Bodhisattva in Wannian Temple was casted after a Buddhists group learnt Buddhism from India in Song Dynasty.

1. The ticket remains valid for two days. Almost all temples offers dining and simple accommodation. And hiking on Mount Emei needs to climbing lots of stairs up to the Golden Summit at peak.

3. Temperature difference between foot and summit of Mount Emei can reach to nearly 14 degree Celsius, so tourists need to wear thick coats and comfortable shoes. Coat renting service in the peak charges 20RMB per person.

4. Better hide your food cautiously in advance, for if you are lucky to meet the wild monkeys en route, those naughty monkeys will jump and grab your food. And please don’t be nervous and yell when they search for and take your food away. 2. Mount Putuo in Zhejiang - Buddhist Kingdom on the Sea

Ticket: 160RMB in peak season (February - November) and 140RMB in off season (December - January), 200RMB during the first 3 days of Chinese Lunar Calendar, May 1 - 3 and October 1 - 5. Expenses of cableways, sightseeing bus and boating are excluded.

Mount Putuo, ashram of Avalokiteśvara (观世音菩萨 – Goddess of Mercy) preaching to all sentient beings, lies in a 13sq km small island of southeast China. It is a National AAAAA Tourist Resort and a world excellent ecological scenic spot with charming island scenery and unique Buddhist charisma of temples, sculptures and etc. Further discovery in this quiet land will surprise you a magic botanic garden, where verdant woods and ancient camphor trees flourish under birds' twitter and fragrance of flowers.

Taoism is the earliest religion cultivated on Mount Putuo 2,000 years ago from Qin Dynasty. And Buddhism only get spread on Mount Putuo in Tang Dynasty, later went through many vicissitudes in Ming Dynasty for harassment from sea raiders, and rose to the peak during later Qing Dynasty and the Republic of China, the largest Buddhist Kingdom of ancient China with over 4,000 monks.

Because Mount Putuo is located in an isolated island and encircled by the sea, tourists have to reach Mount Potuo by taking yachts for 12~18 mins to passenger wharf of Mount Putuo from ferry terminals in Banshengdong (半升洞) of Shenjiamen (沈家门) or Wugongshi (蜈蚣峙) of Zhujiajian (朱家尖). Once go ashore, you can visit the three main sacred Buddhist temples: Puji Temple (普济寺 – Buddhism center of important Buddhist fairs on Mount Putuo and the biggest temple worshipping Goddess of Mercy) at foothill, Fayu Temple (法雨寺 - the second largest temple in most noble and delicate decoration) on hillside, Huiji Temple(惠济寺 - a beautiful garden style temple located the highest) on hilltop and watch the marvelous Statue of Avalokitesvara in Purple Bamboo Woods (紫竹林) to fully experience the Buddhism culture and beautiful island scenery around.

If you plan to visit Mount Luojia nearby, you have to buy tickets for entry separately. TripAdvisor Impression: An Must See, Incredible, Paradise on Earth, Authentic and Deeply Impressive

Best Travel Time: July to August is the most recommended time. All months are suitable to visit Mount Wutai for different views, but temperature varies largely from day to night in Spring and Autumn months (March to May, September to November) and it’s quite cold during winter (December to February).

Mount Wutai, also called Wutaishan or Mount Qingliang in Chinese, is a National Natural and Cultural Heritage, National Geopark, as well as the only Buddhist sanctuary Chinese Buddhism and Tibetan Buddhism coexist in perfect harmony and one of the Top 5 Buddhism shrines in the world with Lumpini in Nepal and Sarnath, Buddha-gaya and Kushinagar in India. Still Mount Wutai tops the four great mountains of Buddhism for its long history and grandness of temples.

Allegedly inferred to be the ashram of Manjusri Buddha (文殊菩萨)in the highest status, Mount Wutai gets the title of Golden Wutai. And Five Terraces Mountain originates from the surrounding five peaks with flat crest in different directions, which represents five wisdoms of Buddha and five Dhyani Buddhas. Tourists should tour the five terraces in clockwise direction whatever peak you start. Buddhism propagated into Mount Wutai from the Eastern Han Dynasty and culminated in Southern & Northern Dynasty when emperors extended temples on a large scale to over 200. The second blossom of Buddhism came during the flourishing Tang Dynasty during which there were more than 30,000 Buddha statues made.

Tourists can visit Mount Wutai full year with different views of each season. If you want to avoid the crowd, you can go in winter with early booking of accommodation, because most hotels will be closed then due to the cold weather in off season. 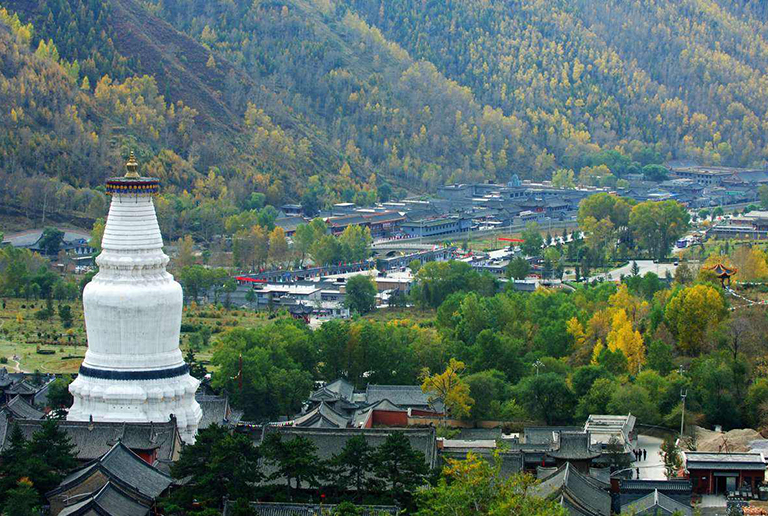 Panorama of Mount Wutai in Autumn Statue of Manjusri in Bodhisattva Monastery Mount Jiuhua, a National Cultural and Natural Heritage and Geopark, is known as the shrine Ksitigarbha Buddha (地藏菩萨）once practiced Buddhism and one of the four most sacred Buddhist mountains in China. Initially named Mount Jiuzi, later it was renamed into Mount Jiuhua according to a poem by great poet Libai during Tang Dynasty - nimbus is divided to two kinds, sacred mountain generates nine glories to praise the beauty of Mount Jiuhua.

The first religion developed in Mount Jiuhua was Chinese Taoism. Buddhism didn’t get initial sowing after introduced from India in Han Dynasty for the geographical isolation and politic factors. Until middle & late Tang Dynasty, Buddhism was gradually accepted and spread in Mount Jiuhua along with construction of more Buddhist temples.

1. The ticket is only valid within one day.

2. There are many temples on your way up, but photos are not permitted in some temples. 1. Select a Best Travel Time. Usually Spring and Autumn are the best season to visit Buddhist mountains when weather is quite pleasant and natural scenery is most beautiful. It probably be rainy in Summer and kind of cold in Winter, especially for mountains at high elevation.

2. Admission Fee of Buddhist Temple. Almost all Buddhist temples visiting needs to buy tickets separately, for the admission fees are excluded in the entrance tickets of Buddhist mountains.

―enter temples from side door

―no touch and photo takingf of Buddha

―don’t light the incense from censer

―put your palms together when meeting monks and no handshake, embrace and touch of head with monks

―palms should be facing up when making worships in temples

Believer of Buddhism can pay close attention to the Buddhism activity news if you are interested in. And please respect the temple customs once you choose to live in temple.

If you want to get rid of hustle of public transportation and troublesome navigation, you can take a private tour package which covers sightseeing, dining and transfer from us. Our local tour guide and driver will escort you to any destinations with speed and convenience, and take care of all the details. You just need to focus on sightseeing.

If you have more questions about Buddhist Mountains in China, please feel free to contact us and our professional travel consultants are here ready to help!