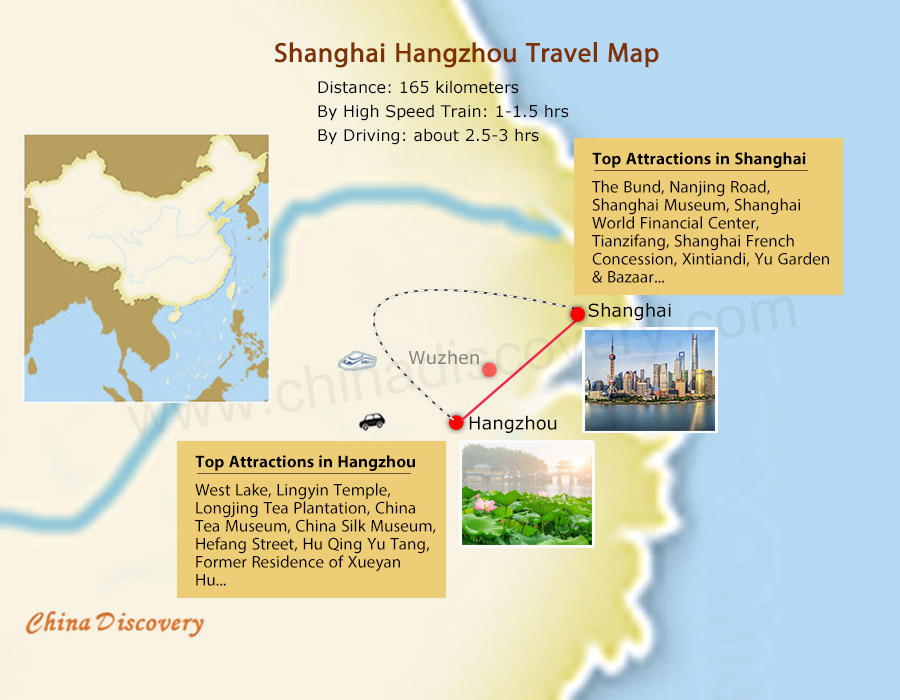 Geographically speaking, both Shanghai and Hangzhou are coastal cities lying at the fertile Yangtze River Delta in the eastern China. Shanghai is a municipality directly under the central government, while Hangzhou is the capital city of Zhengjiang Province. Hangzhou is located 177 kilometers west of Shanghai. Currently, high speed trains and driving are the most popular ways for travelers and business men to transfer between two cities.

Currently, there are two kinds of high speed trains for you to choose, exclusive high speed railways or other trains with stops at Shanghai and Hangzhou. The exclusive railways have more stops at several places in Zhengjiang, such as Jiaxing(嘉兴), Haining(海宁), Yuhang(余杭), while the stop-at-Shanghai-Hangzhou trains run directly from Shanghai to Hangzhou East Railway Station (a few of them make middle stops at Tongxiang(桐乡) which is the closest station to Wuzhen). If you have no middle stops, you don’t have to consider which kind of trains to choose. 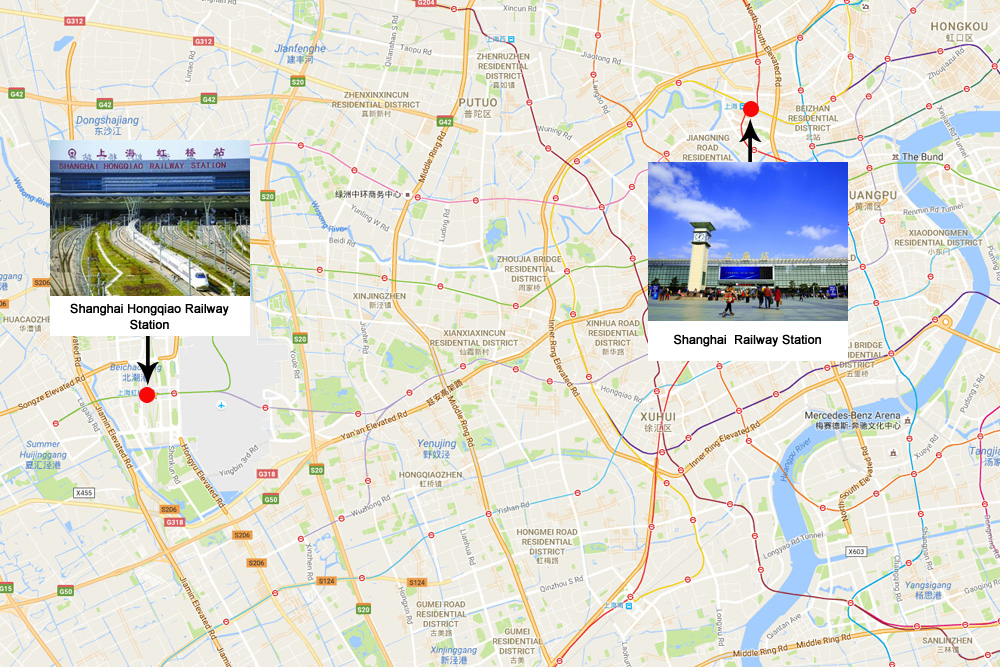 There are two train stations in Hangzhou city to transfer by high speed trains to Shanghai Railway Station or Shanghai Hongqiao Railway Station. They are about 8.6km from each other. 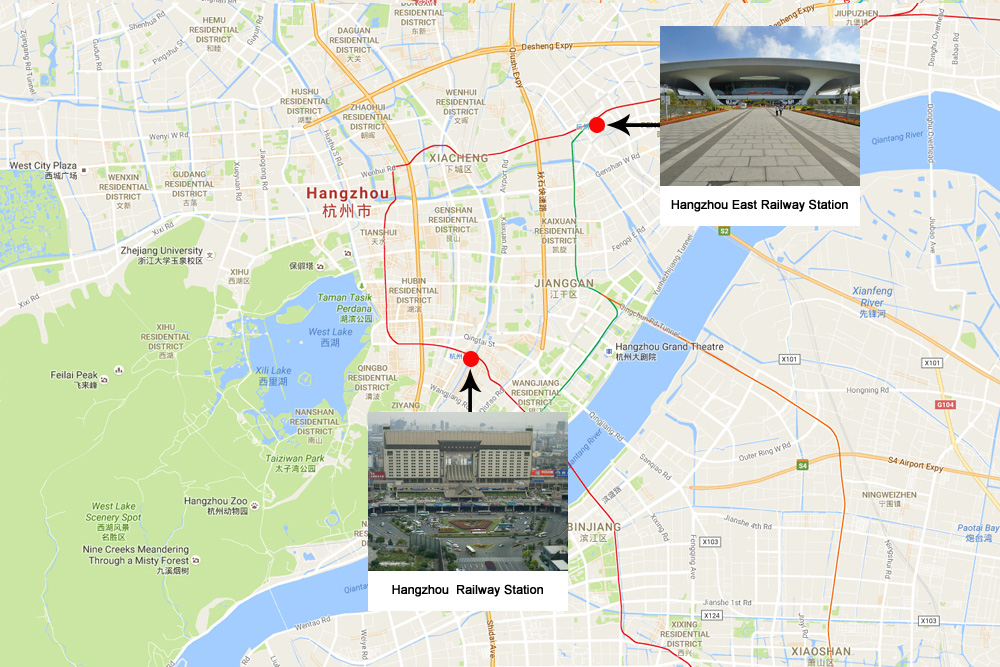 > How to Board & Disembark from High Speed Train

If you want to spend some excursion time along the way from Shanghai to Hangzhou, for example visiting Wuzhen Water Town, or get rid of the trouble of changing transfer between different kinds of transportations, you are suggest to use a vehicle as transfer between Shanghai and Hangzhou. Checking on the map, you will find Hangzhou is only about 187km from Shanghai city center. Only about 2.5 hours are needed for the driving. 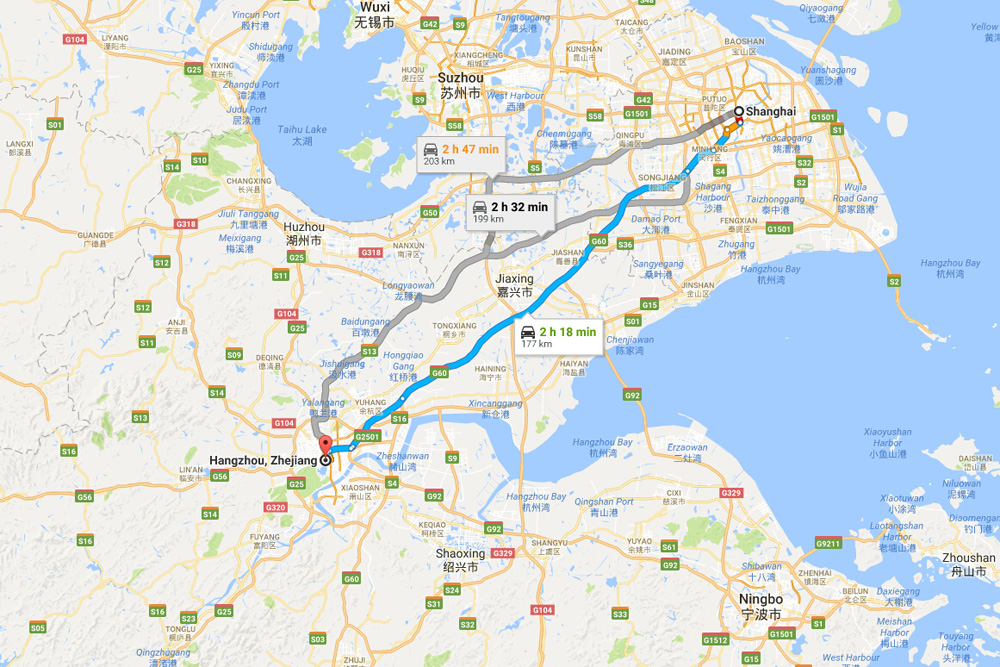