How to Get to / Around Shandong Province

Get to Shandong Province

Shandong province, be called as a jewel between Beijing and Shanghai, holds the hub position of the two major cities and boasts well developed transportation networks accessible with airlines, railways and highways.

There are four international airports in Qingdao, Jinan, Yantain and Weihai, operating over 300 domestic and international routes between Shandong and Japan, Korea, Hong Kong, Taiwan as well as other major destination in China, like Beijing, Shanghai and Guangzhou.

For most travelers, Jinan and Qingdao are the major gateways to start a Shandong tour. Visitors who want to go Mt. Tai and the birthplace of Confucius in Qufu, you’d better enter Shandong from Jinan, while others who would like to appreciate the beautiful scenery of the coastlines along Jiaodong Peninsula can start their trips from Qingdao.

Get to Jinan, Taishan and Qufu

If you want to take a flight, youu can only take flight to Jinnan Yaoqiang International Airport first, and then move on to Taishan area or Qufu by car or trains.

Since all of the three cities are lying on the Beijing – Shanghai High-Speed rail, it is more convenient to take bullet trains from Beijing to Jinan, Tai’an or Qufu, which only takes about 2 hours by high speed trains. The G and D trains from Shanghai to Jinan takes about 4 hours. 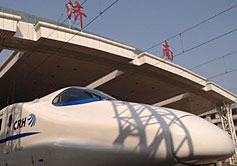 Get to Qingdao and nearby Jiaodong Peninsula

Qingdao is the main gateway for most trips around Jiaodong Peninsula, which is well connected with other domestic and international cities with airlines, railways and waterways. Qingdao Liuting Airport is the largest airport in Shandong Province, located 32 kilometers away from downtown Qingdao. It operates the airlines connecting Qinghai with more than 30 major domestic cities in China as well as other international destinations like Tokyo, Fukuoka, Osaka, Seoul and Singapore. There are other two International airports in this area, including Yantai Laishan Airport and Weihai International Airport.

There are daily passenger ships bound between Dalian and Yantai, Weihai, and Penglai on the Shandong Peninsula.

>> Details about How to Get to & around Qingdao 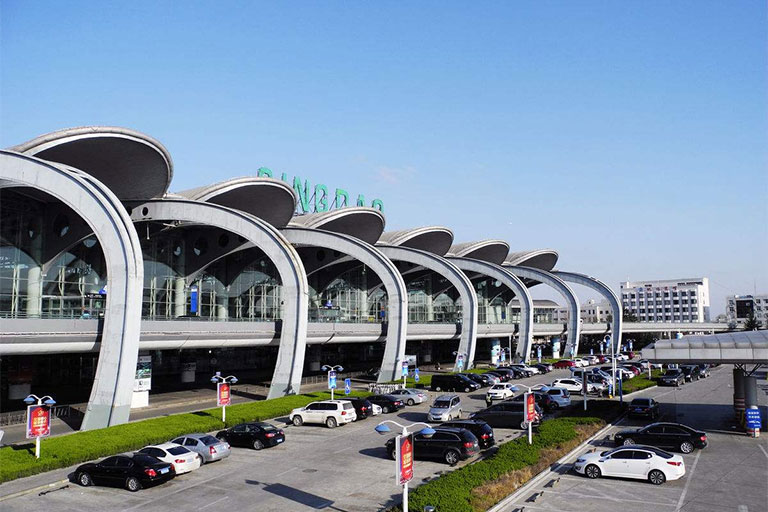 Get Around within Shandong

Shandong ranks number one for highway transportation in China for its advanced and convenient network of highways. So it is easy to transfer within Shandong province by expressway.

The Jinan-Qingdao Expressway connects the cultural center of Shandong (Jinan, Tai’an and Qufu) with the Jiaodong Peninsula, the most beautiful coast line of Shandong. So it is convenient to transfer between Jinnan and Qingdao by expressway. There are also daily bullet trains running between Jinnan and Qingdao from 7:20 a.m. to 20:20 p.m. The journey takes nearly 3 hours by high speed trains. 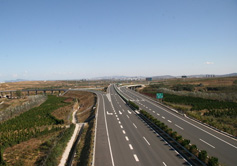 Top 3 Shandong tours chosen by most customers to explore Shandong in the best way. Check the detailed itinerary, or tailor your own trip now with us. 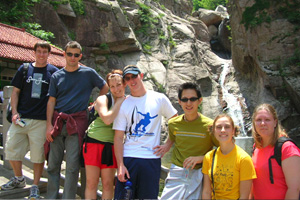