Located in southeast of Shandong Province, covering an area of 17191.2 square kilimeters, Linyi is an important cradle of Chinese civilization since it is established as a city more than three thousand years ago in Western Zhou Dynasty. It is now the largest and most populous city in Shandong Province.

Known for its high mountains and long rivers, Linyi has picturesque scenery and natural sites like Mengshan Mountain. With comfortable environment and pleasant city landscape, Linyi is listed in China's Ecological and Livable Cities and National Civilized City.

Linyi has many attraction sites that can take you to probe into its long history and appreciate its beautiful nature. Among them, Mengshan Mountain is a must if you have enough time. 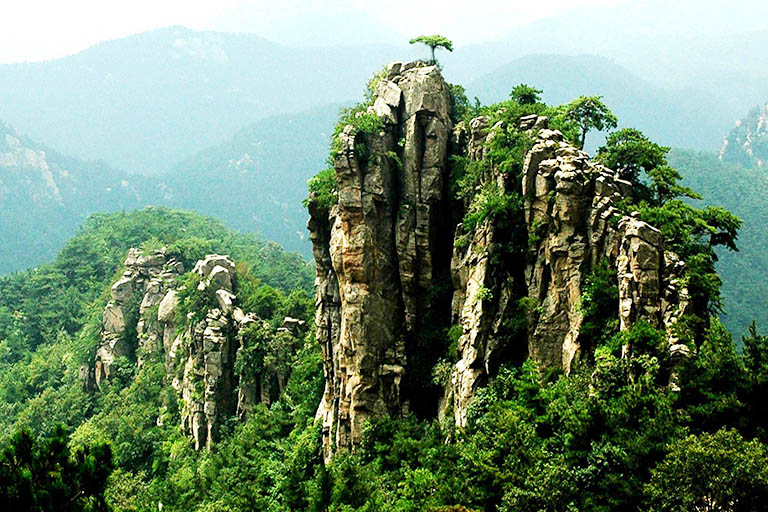 Situated in Mengying County, Mengshan Mountain is the second highest mountain in Shandong with 1156 meters, after Mt. Taishan, 120 km away. Mengshan is also a historical and cultural mountain that many famous people have visited, including Confucius, Li Bai, Du Fu, etc. With 1125 square kilometers, Mengshan Mountain has numerous oddly-shaped peaks, murmuring streams and all kinds of trees, giving tourists a refreshing mind after visiting. 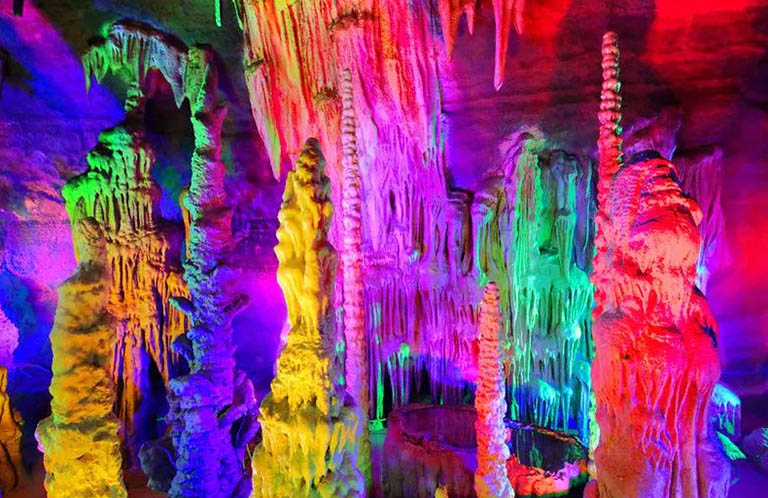 The Underground Grand Canyon is one of the representative karst caves in China, with a total length of 6,100 meters and only 3,100 meters has been exploited as a tourist line, including over 100 scenic spots. There are plenty of water flowing underground for four seasons to make spectacular waterfalls, which is rare to see. The "1000 meters of drifting" holds a Guinness record as "China's longest cave rafting". 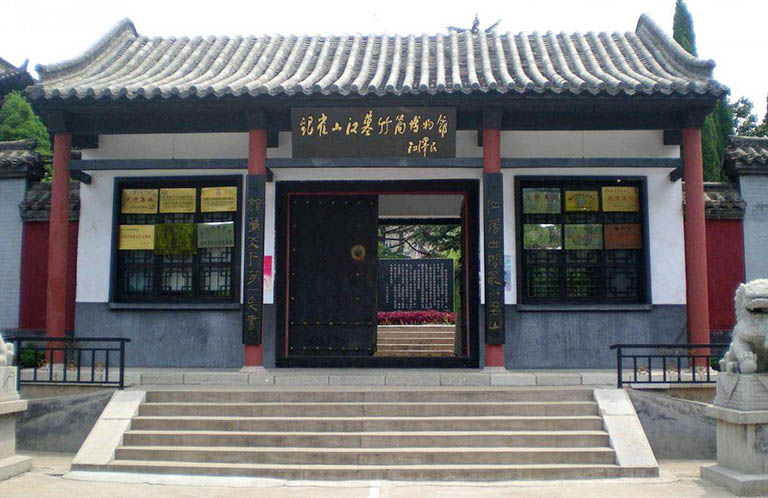 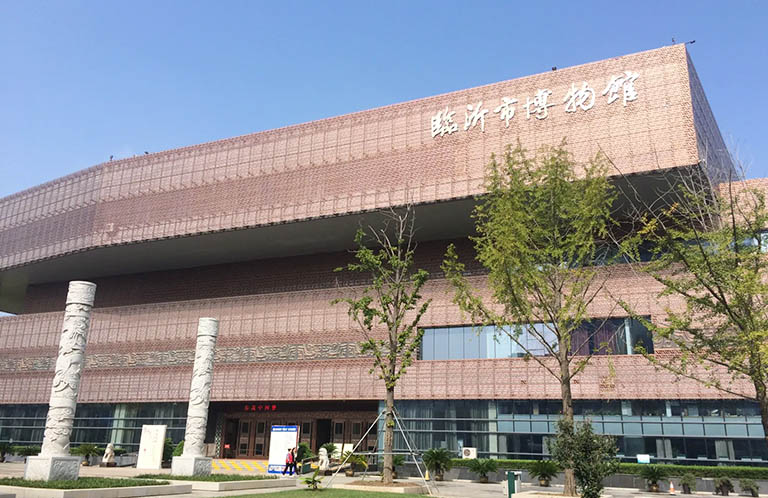 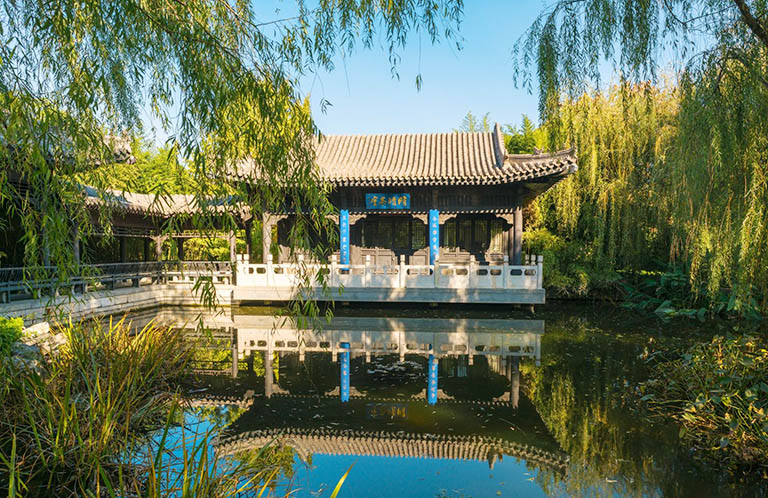 Wang Xizhi (A.D. 303-361) is a famous calligrapher in the Eastern Jin Dynasty. He is regarded as the greatest Chinese calligrapher in history by many people. The Former Residence of Wang Xizhi is the place where the calligrapher was born and lived. It is a classical garden building with such historical sites as Xiyan Pool, Puzhao Temple, Langya Academy, etc. Many people come here to pay tribute to Wang Xizhi. 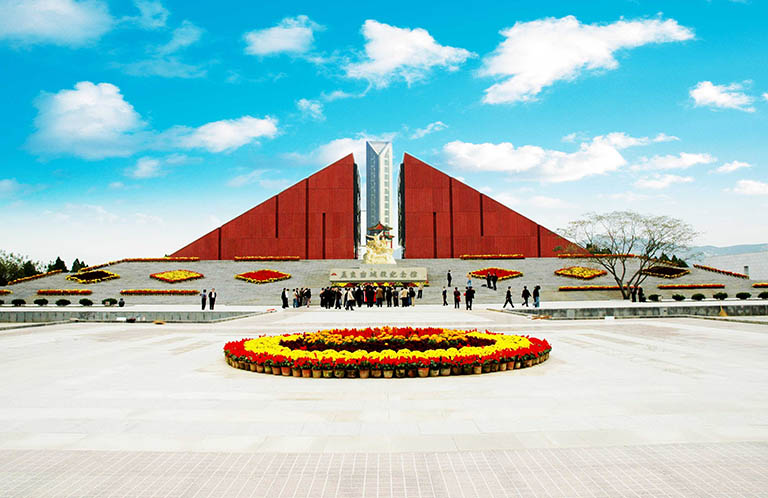 Before China was founded in 1949, it has gone through many wars and many lives were sacrificed to defend the country. Menglianggu Battle Memorial Hall is built to memorize the martyrs. It has a total construction area of 3682 square meters and a height of 19.47 meters, composed of memorial hall, martyr cemetery, battle site area and sculpture garden. The memorial hall looks like two red triangle battle flags.

Linyi Weather & When to Go 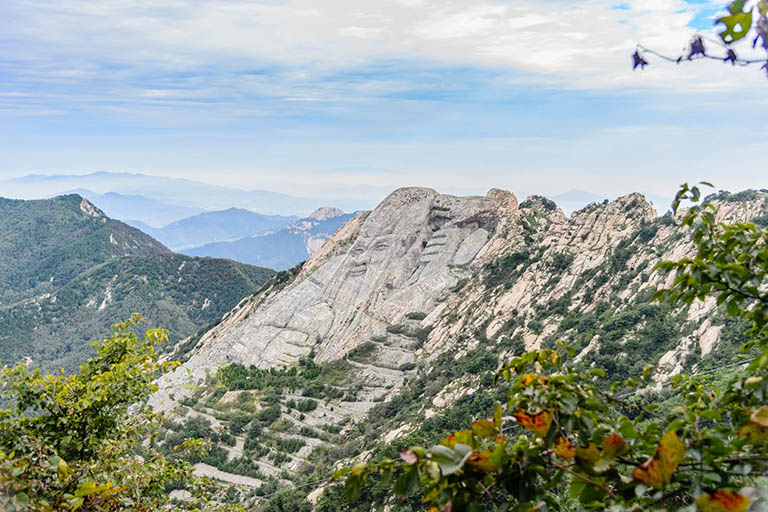 Best Time to Visit Linyi: With many historical sites, Linyi is suitable to visit all year round. If you prefer natural landscape or want to have a Linyi trip when the weather is more favorable, the best time to visit is from April to October. 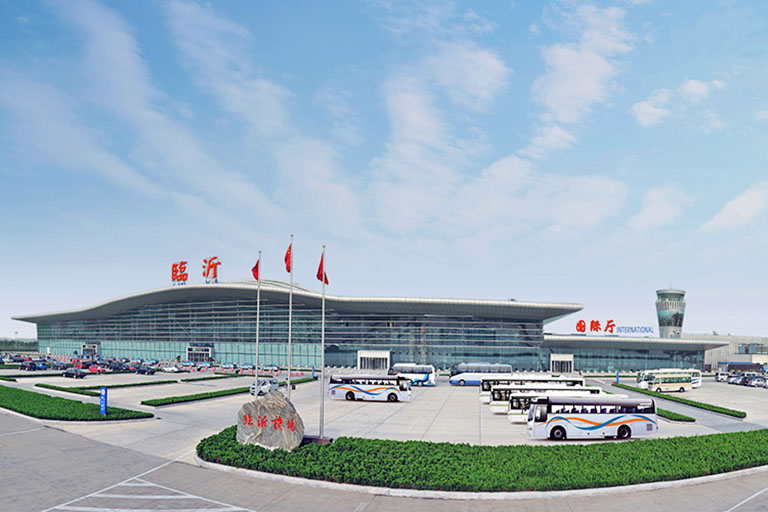 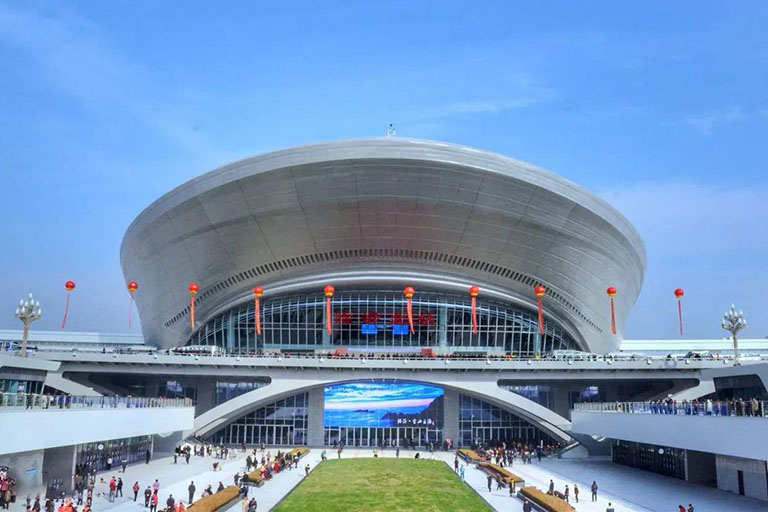 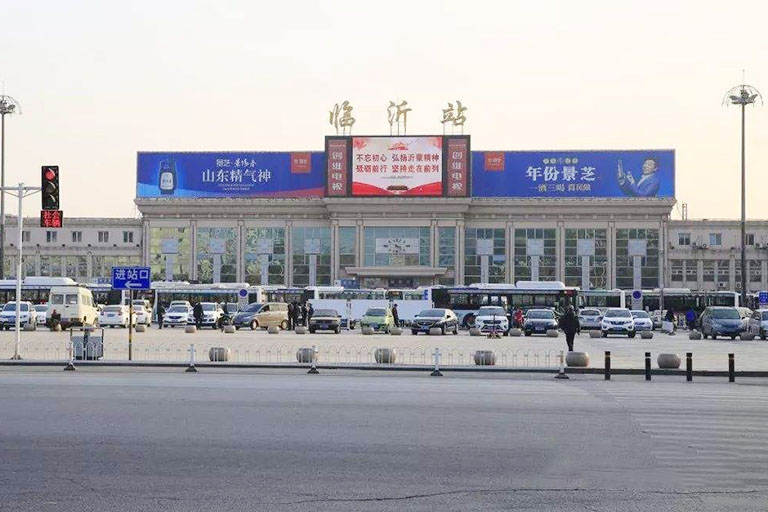 No matter you are coming to Linyi within or out of Shandong Province, it is easily accessed as it is equipped with both airport and high speed train station.

Get to Linyi by Flight

Get to Linyi by Train

How to Get around Linyi

Independent travellers usually travel by bus and taxi in Linyi. Subway is not available now. 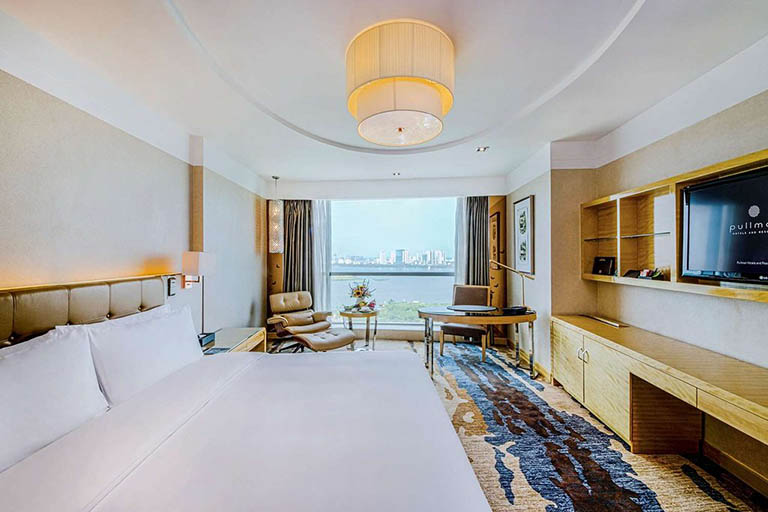 If you are to stay a night in Linyi, it is most recommended to stay in the downtown area near Renmin Square or Phoenix Square. In this area, you will have more choices of the well-equipped 5-star hotels such as Pullman Linyi Lushang (临沂鲁商铂尔曼大酒店) and some comfortable 4-star hotels. There are also some shopping malls and large-scale plazas around to make your stay more convenient. If you stay near Phoenix Square, you can have a good view along the Yi River.

If you are going to visit some far attractions like Mengshan Mountain, you can also stay in Linyi downtown because one day is enough to tour Mengshan. Hotels around Mengshan Mountain are usually simple ones with not that good living environment.

In order to have a more efficient Linyi tour, it is quite important to get a better understanding of Linyi’s location, transportation and attractions distribution. Here we provide some Linyi maps for you, including Linyi China Map, Linyi Shandong Map, Linyi City Map, etc. 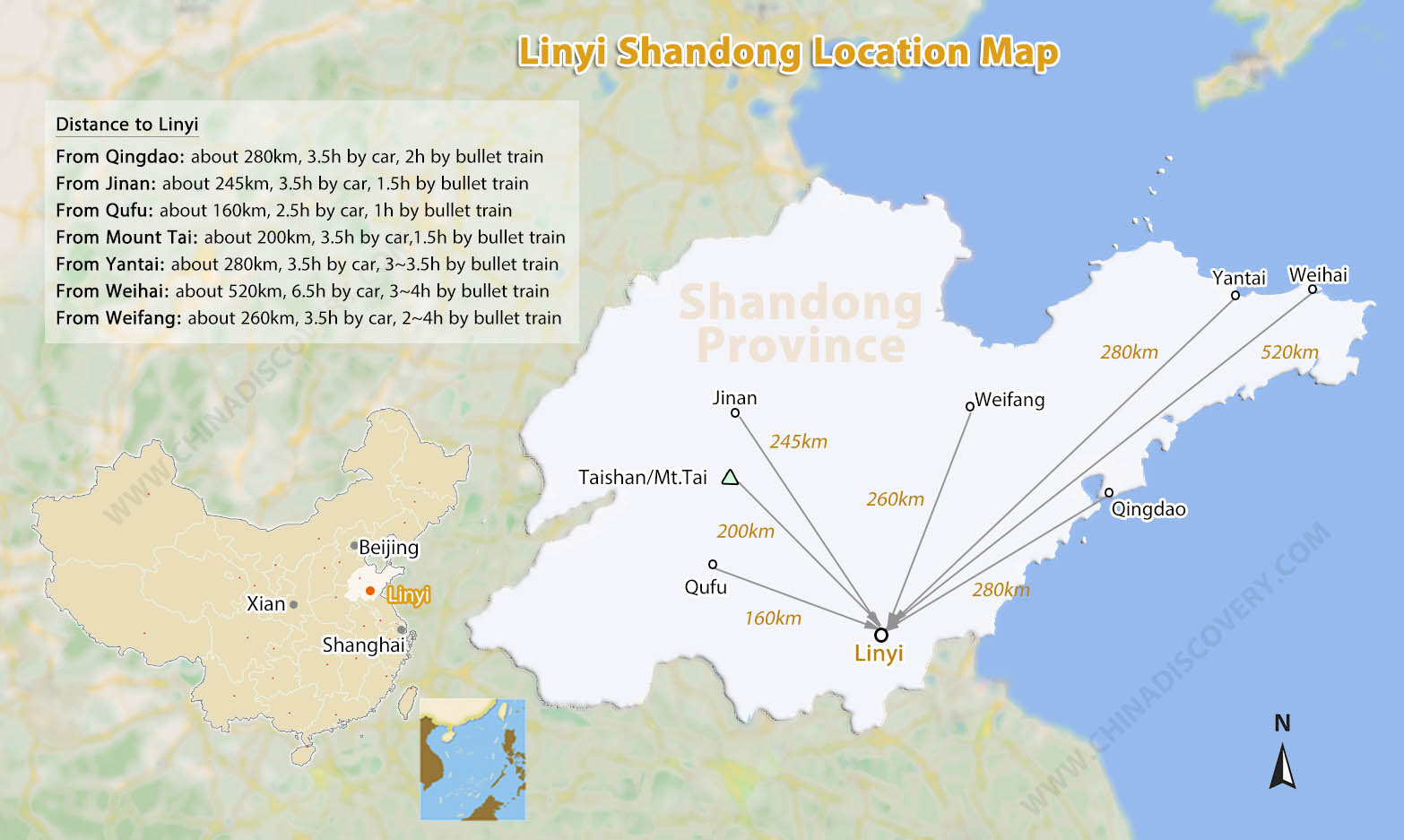 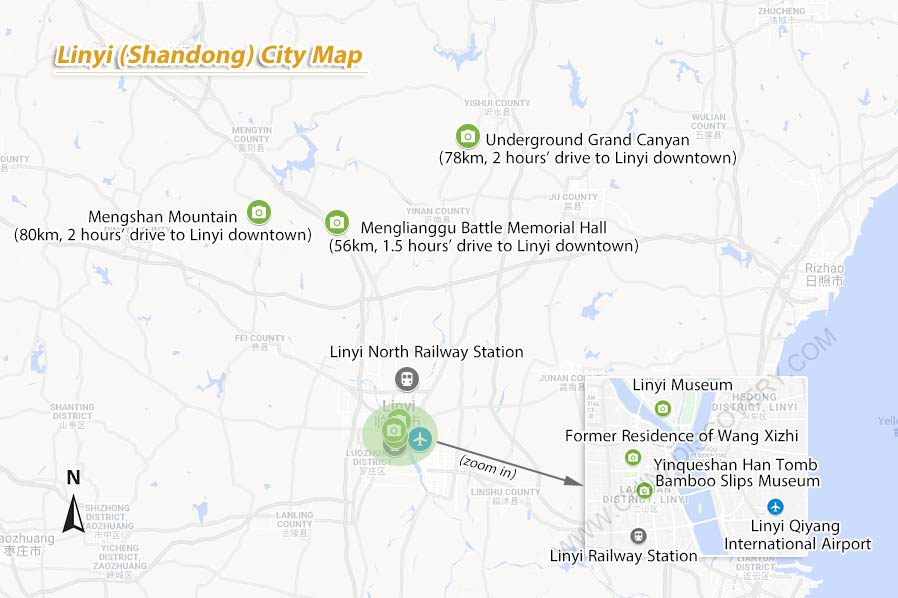 Other Popular Destinations in Shandong

Shandong, a coastal province in East China, offers both charming seaside landscape and rich cultural and historical heritages. Except for the time-honored Linyi, there are much more great destinations in Shandong worth your exploration, including beautiful Qingdao, picturesque Jinan, sacred Mount Tai, honorable birthplace of Confucianism - Qufu, Weifang, fairyland-like Penglai in Yantai, etc. The following are top recommended Shandong destinations to travel with Linyi. 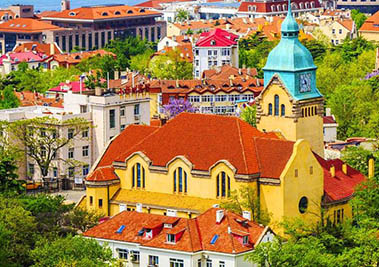 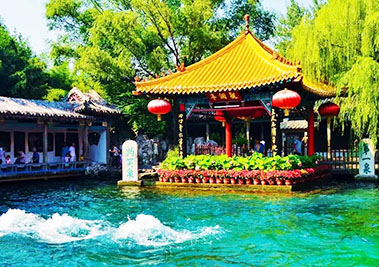 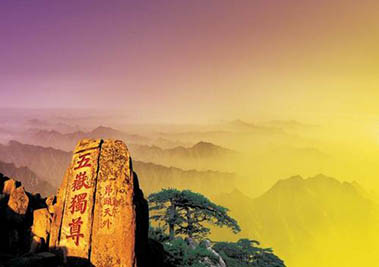 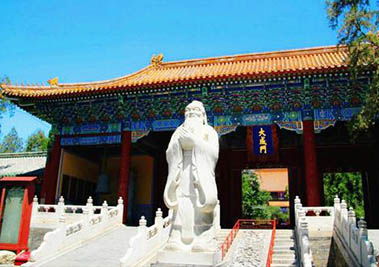 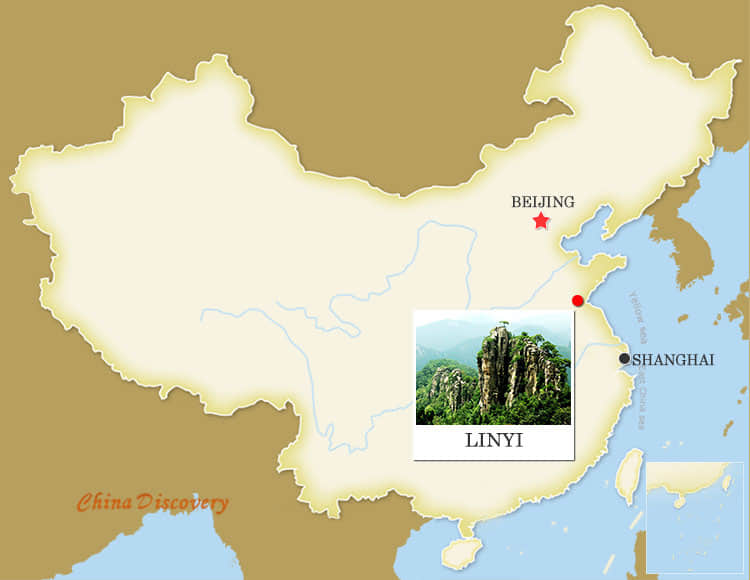 Linyi is a time-honored city with both cultural and natural beauty. It usually needs 2 days to explore the highlights of Linyi. You can spend a day touring around the main attractions in Linyi downtown such as Linyi City Museum and Yinqueshan Han Tomb Bamboo Slips Museum to learn the glorious past of Linyi and its development in thousands of years. Mengshan Mountain is a highlight you can not miss. Seeing the magnificent mountain view, you will feel refreshed both in body and in mind. If you have more time, you can add another day to Linyi Underground Grand Canyon, you will be amazed at the colorful carst world.

On the vast land of Shandong, to extend your Linyi trip, there are many other cities you can explore such as the capital city Jinan, Beer City Qingdao, sacred Mount Tai in Taian, and Confucius’ hometown Qufu, or you can go further to cities outside Shandong Province like Beijing, Xian, Luoyang, and Tianjin. 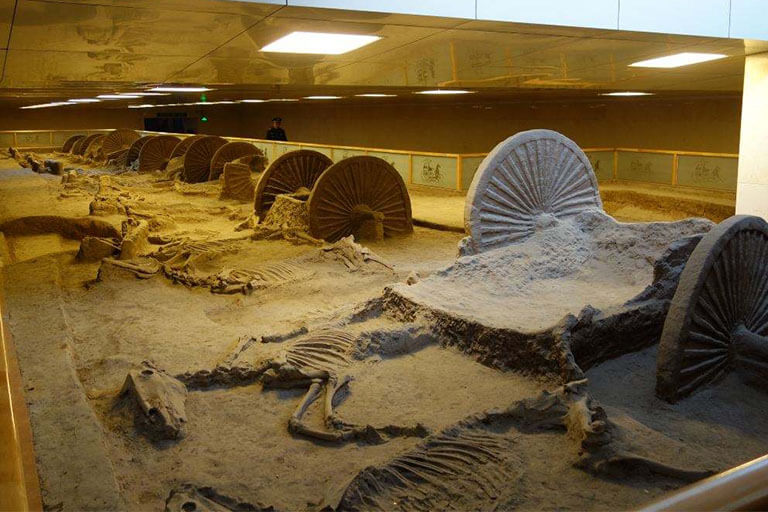