Overview:
An In-depth tour to visit and experience the most classic highlights of Hainan Province from Haikou to Sanya.

Experience:
Learn the local culture and history of Haikou;
Special tropical geography and plants of Hainan Province;
Relaxing yourself on the beautiful beach and sea.

Welcome to Haikou, the capital of Hainan Province! Your tour guide will meet you in Haikou Airport or Sanya Train Station, and then escort you to your hotel. The rest of today is free for you to relax yourself and explore this coast city on your own. The relaxing Beach Resort is recommended most. 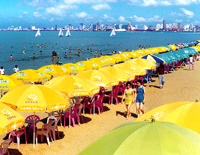 After breakfast, start your full day Haikou vacation by visiting the Wugongci. Wugongci, also named Five Official’s Memorial Temple, was built in 1889 to honor Li Deyu, Li Gang, Li Guang, Hu Chuan and Zhao Ding who were banished here after criticizing their government. The following stop is the famous Hai Rui Tomb. Hai Rui Tomb is the tomb of the virtuous official Hai Rui of Ming Dynasty, located close to Xiuying Battery. Hai Rui was famous for his honesty, which earned him exile during his lifetime. The last attraction for today is the Volcanic Crater Park which is natural volcano geology museum 15 kilometers from Haikou. The eruption of the ancient Qiongbei Volcano left the most intact volcano craters here. The park consists  of several parks, including volcano cultural Park, Ecological Park, the Green Corridor, and the Crater's Park, where you can also enjoy the rustic flavor of the local people, try the country house food, and purchase the local handiworks. 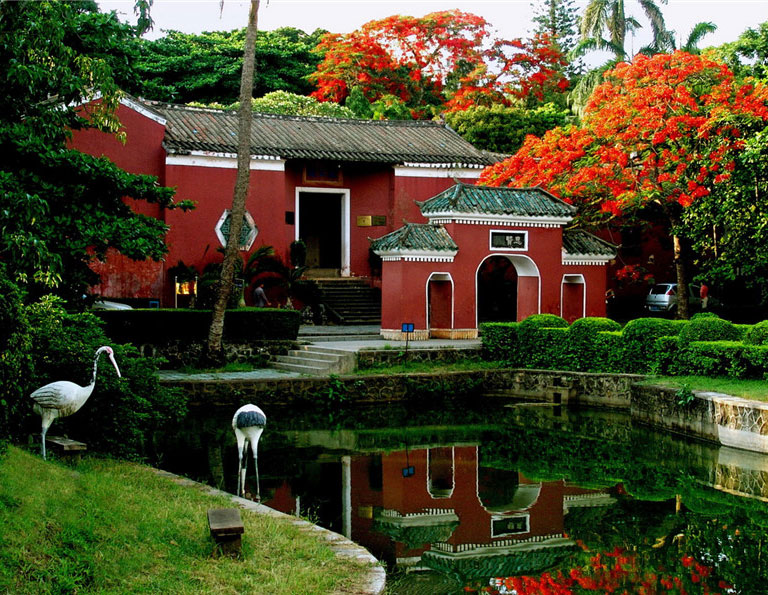 Today, you will be transfered to Boao, where you will firstly take a "floating raft" on the Wanquan river while enjoy the stunning river view. Then transfer to of Boao Aquapolis. Get to the Jade Belt Beach by boat. Then transfer to the hotel to enjoy the local hospitality and famous natural Hot Spring at your hotel. 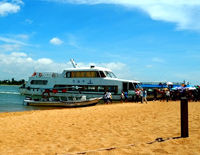 After breakfast, proceed to Xinglong and visit local historical coffee factory, and enjoy a cup of Hainan coffee at your leisure. Then visit the Tropical Xinglong Botanical Garden. Afternoon, drive to your hotel in Sanya, the best beach resort place in China. 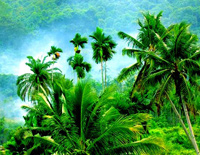 After breakfast, go to visit the culture center of Sanya - Nanshan Culture Tourism Zone which consists of three visitworthy parks - Nanshan Buddhist Culture Park, Felicity and Longevity Culture Park and Nanshan Custom Park. The highlight is the 108-meter-high Sea-based Kwangyin Statue in the Nanshan Buddhist Culture Park. Other several recommended things to do are Li and Miao Ethnic Garden, the Fairyland of Legend, the Memorial House of Huang Daopo, Ocean Park, Paradise of Birds and Flowers.

In the afternoon, visit another famous attraction in Sanya - Luhuitou Peninsula which is the only mountain park in Sanya. It's the perfect place to enjoy the sunrise and sunset, and overlook the downtown area of Sanya City. It was given the name of Luhuitou for the shape of an enthralling deer looking back. Luhuitou Peninsula has become a theme park of both Love Culture and Zoology. 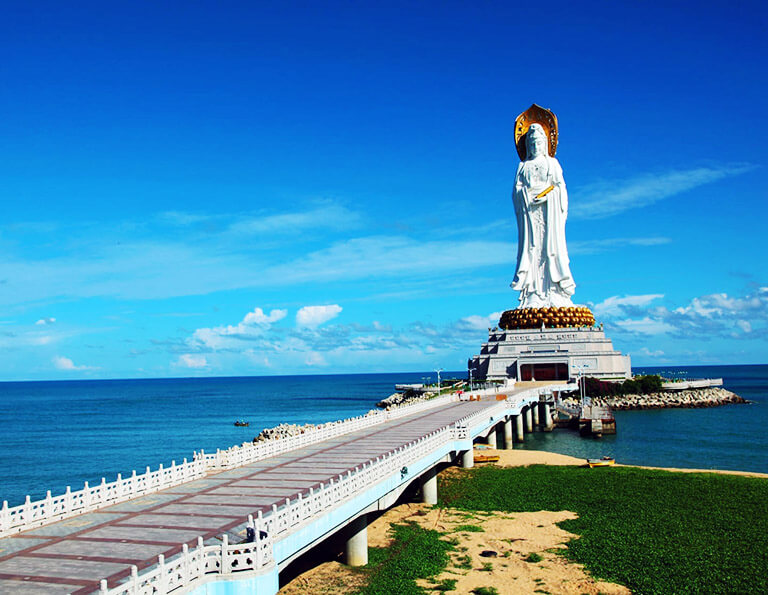 After breakfast, start your full day Yalong Bay vacation. Yalong Bay is renowned as the “best bay in China” which features in – pure and blue sky, bright and warm sunshine, fresh and humid air, rolling hills, rocks in different poses and with different expressions, wild and quiet mangrove forest, a slice of white and soft beach, colorful seascapes under water. Yalong Bay has been developed to a full-fledged resort. It is divided into several attractions, including Yalong Bay Love Cube Coastal Paradise, Rose Valley, Underwater World, etc. 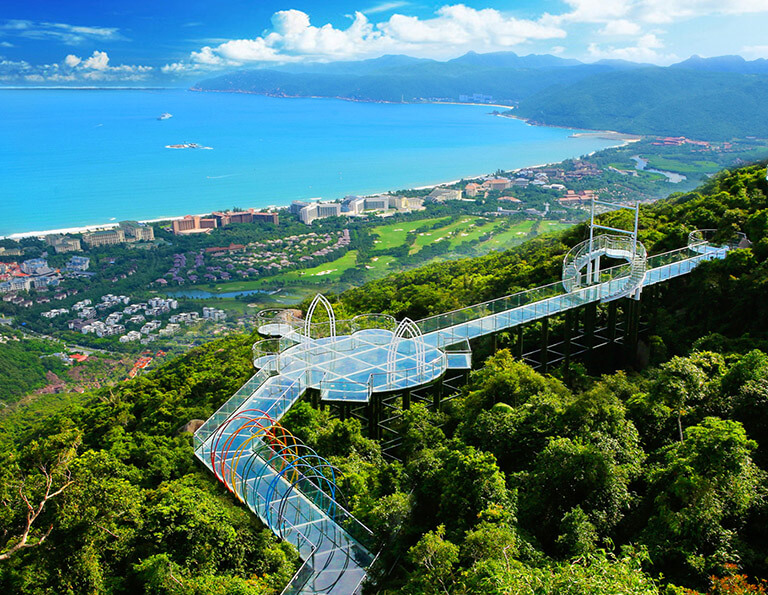 After breakfast, drive to visit the Tianya and Haijiao. In Chinese, it means the Edge of the Sky and the End of the Sea. It features in tree aged stones, which is named differently by Tianya, Haijiao and Nantian Yizhu. From here, you can also receive stunning beach and sea views. The magnificent sunrise is one thing to do that you can’t miss here.

In the afternoon, pay a visit to the Li and Miao Village. Li and Miao are two local ethnic habitants which have their own culture and live the originate life style. There is interesting folk dancing show. Enjoy it！ 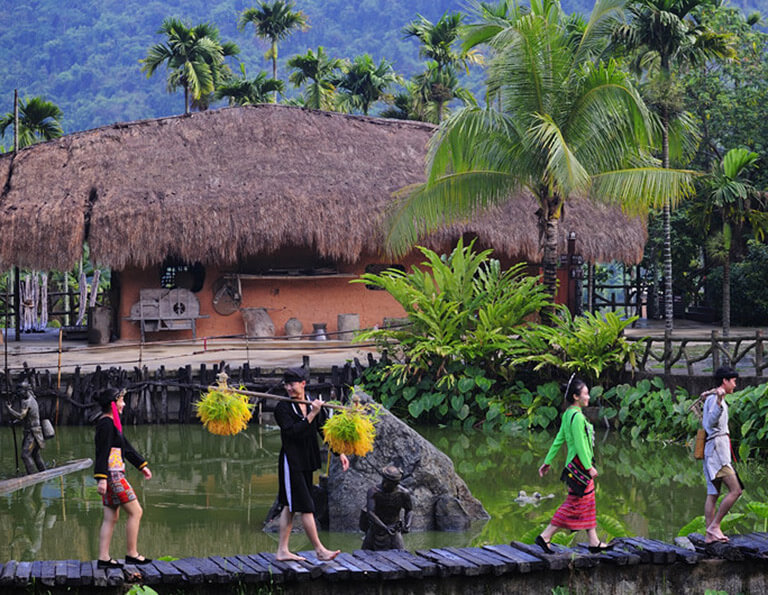 Today is free for you to arrange your time until your tour guide drop you off at airport or train station.

Everything was very good, yes. Thank you for that. I am also happy to provide recommendation on TripAdvisor.

Sorry for the late reply but the trip was awesome for us! I think we both had a good time. The only thing I wish that maybe was different was the grasslands, we thought we’d see more sparse land rather than an organized villa kind of thing. Otherwise the rest of the trip was great, our driver was awesome and timely and Herry was also super sweet and got everything organized perfectly for us! We really got to know him. Thanks!

Thank you for helping to arrange our trip. We had a great time!

Can you please send through the fapiao? 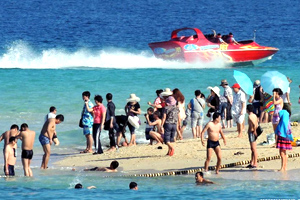 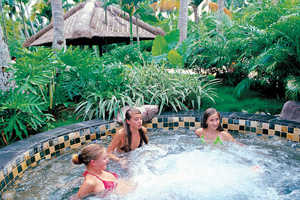 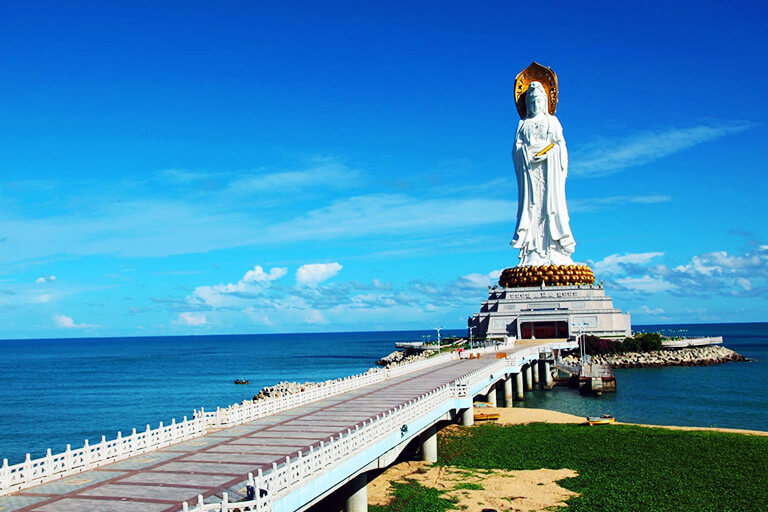