As the one of China's most beautiful and cleanest cities, Qingdao holds many worth-visiting attractions. No matter you want to explore the German castle-like buildings, China's famous beer, spectacular nature, history or just want a relaxing experience, Qingdao is a great choice.

The classic route allows you to explore Qingdao City as well as the nearby Laoshan Mountain to get a better view of Qingdao in one go. Enjoying the beautiful seaside, tasting the great Qingdao Beer, walking on the historical streets, climbing a small hill for a panoramic view of Qingdao, etc., a lot of surprises await you here.

Welcome to Qingdao, a famous seaside city with marvelous coastlines and great Tsingtao Beer. Our guide will meet you at the airport, train station or hotel and escort you to Qingdao Beer Museum, where you can watch the exhibition of the complete process of making the beer and taste the freshly brewed beer. Since Qingdao is famous for the Tsingtao Brewery, you will have a better understanding about the beer and the city after today's visit. Before leaving, you will take a fresh sip of 2 glasses of Qingdao beer in the museum.

Next, you will drive to Qingdao Site Museum of the Former German Governor's Residence which was built for the German governor when Germans occupied Qingdao in late 19th century. The large building is packed with original furniture and period pictures that really make you wonder what it must have been like for Germans over a hundred years ago to move to China to administer a far flung colony.

Then you will visit Xiaoyushan Park to enjoy a 360-degree view of Qingdao City. Reach the small hill in this park with a short climb, you will feast your eyes by looking across to the spectacular beach close-by, the strip stretching into the sea, the red-tiled and white-walled villas, etc. The popular attractions you can see from the hill include German Governor’s Mansion, Qingdao No.1 Bathing Beach, Little Qingdao Isle, Zhanqiao Pier and Huiquan Bay. After that, take a short visit to Zhanqiao Pier, a symbol of Qingdao city. It was built in 1891 as a naval pier, and now is a famous landmark in the Qingdao Bay. 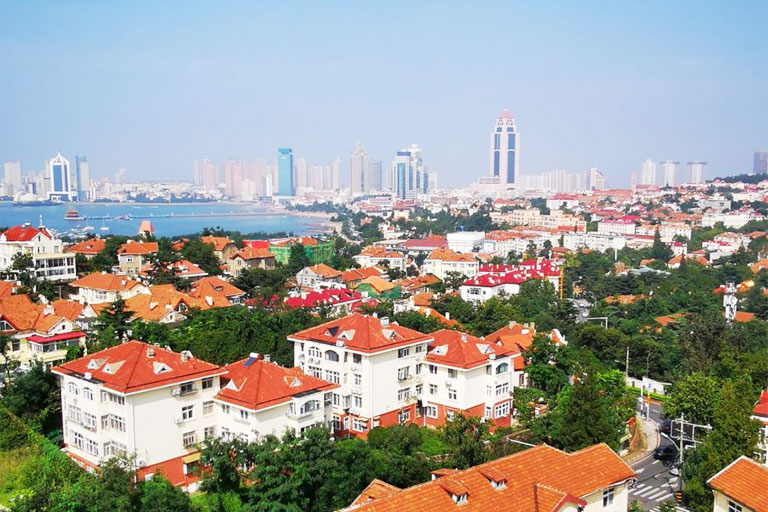 After the breakfast, drive about 1.5 hour to beautiful Laoshan Mountain, which is known as the Most Famous Mountain on the Sea. This trip focus on Taiqing Scenic Area - the highlight of Laoshan Mountain today. As you arrive, a big statue of Laozi - the founder of Taoism will come into your eyes. Your sightseeing journey starts with a nice hike from Bashui River to Longtan Waterfall. Bashui River is named after the eight streams converging into the river and Longtan Waterfall is one of the streams. During your hike, you can get an enjoyable view of the waterfalls, peaks, rocks, various plants as well as the Yellow Sea from different perspectives. Then, you will continue your hike to Shangqing Palace and Mingxia Cave which are two featured Taoist Temples. In Mingxia Cave, you will get a breathtaking view of the mountain and sea from above. After the amazing sightseeing trip, you will take a cable car down to Taiqing Palace, the largest Taoist temple and the Taoism communication center in Qingdao. There are many Taoist buildings and statues in this temple delivering a cultural savory of Taoism.

In the afternoon, you will drive back Qingdao City and have a visit to May Fourth Square in Qingdao's central business district. It is best recognized by a big sculpture of “May Wind” near the seaside. Then move to the 2008 Olympics Sailing Center where impressive scores of sailing boats and yachts are there to please your eyes with quaint surroundings - rows of cafes, good restaurant, street musicians, etc. Moreover, it is the best place to look at the glittering skyline of Qingdao. 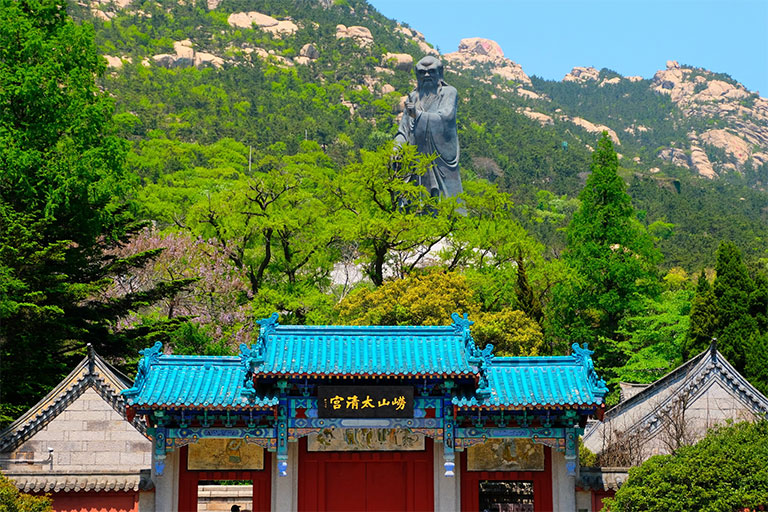 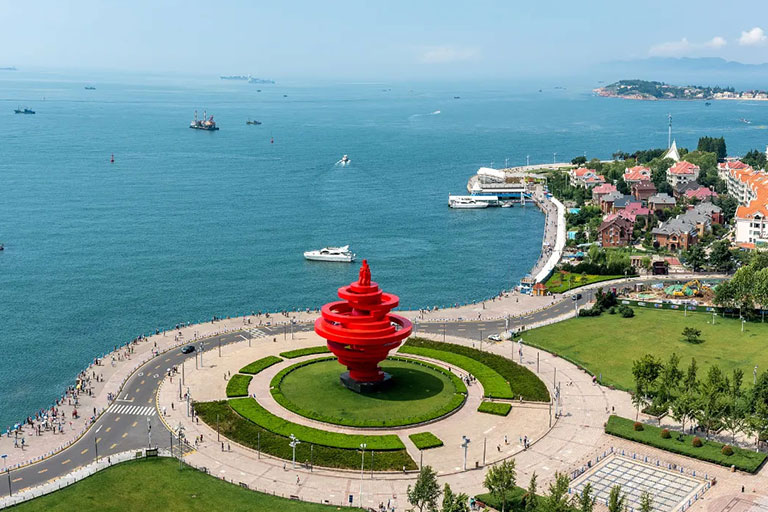 After breakfast in your hotel, you will first visit Badaguan Scenic Resort (also called Eight Passes Scenic Resort) which is named after 8 important military fortresses in China's history. In fact, it is not a resort and there are no passes here. It is a pretty neighborhood with about 200 old buildings in over 20 different countries’ styles, including German, Russian, French, American, Danish, Greek, Spanish, Swiss, Japanese... Take a nice stroll in the scenic streets and get some great shots. The landscape of Badaguan becomes most marvelous in spring when lots of flowers are in full blossom and in autumn when the leaves present a stunning mixed hue of yellow, orange, red, etc. To fully appreciate the buildings, you can walk into the Princess House, Butterfly House, Spanish Villa and Huashi House (optional). Then you will visit Qingdao No.2 Bathing Beach, just near Badaguan Scenic Resort. In spite of its small scale, it enjoys a peaceful environment and gorgeous scenery.

After that, you will be transferred to Qingdao airport or train station to catch your flight/train to next destination. Tour ends! 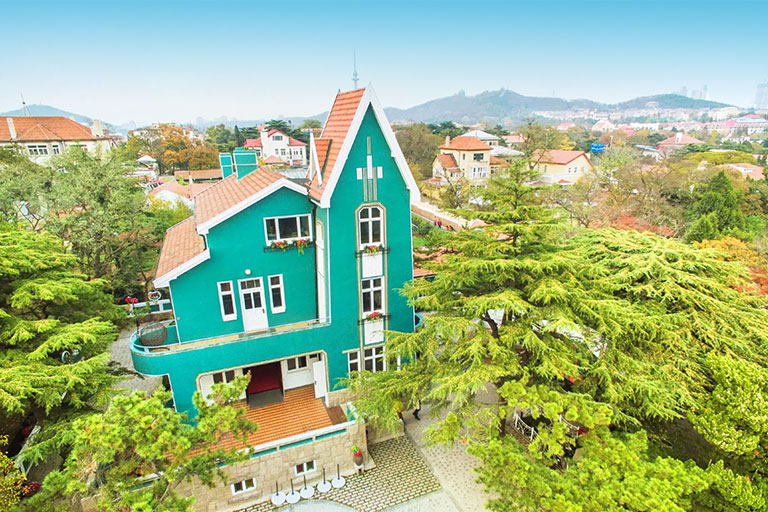 Our guide Tenzin is an excellent guide and we had an amazing time with him. He was very friendly and very knowledgeable...

Thx for arranging a great trip to Tibet! Had great time.

Our tour is really great ! So many nice moments. 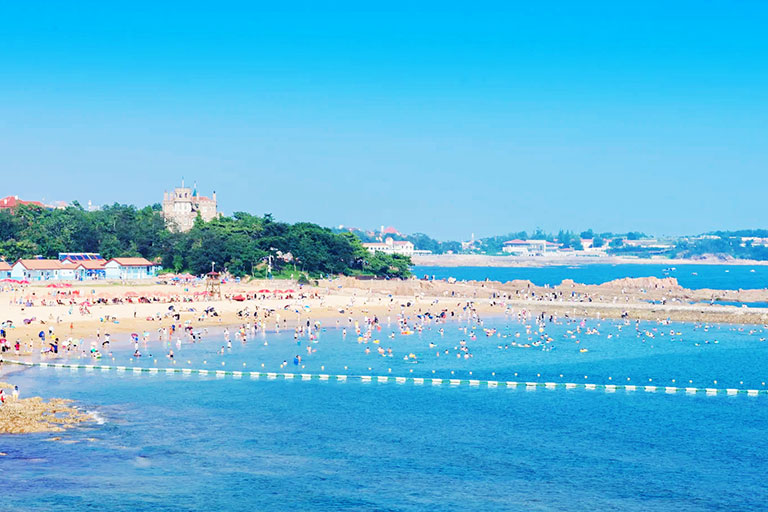