Meeting the cute Giant Panda is definitely an exciting and meaningful experience for both of you and your kids. Your family will take a close stay with the living fussles on the earth, observing their playing, dinning, etc. If you like, you, with your kids, take part in a memorable volunteering program to take care of the Giant Panda adults, panda kids and babies.

Then where should you go to visit the Giant Pandas? Of course the hometown of pandas – Sichuan. There are 5 panda bases or reserves in Sichuan – one in Chengdu, one in Bifengxia, another one in Wolong, and two in Dujiangyang. All places are available for visiting panda, but only the panda reserves in Dujiangyan are available for cuddling and volunteering program. To take part in the panda volunteering, one should be between 12 and 65 years old, and prepare a healthy certificate licensed by hospital (you can contact your travel agent to get a physical examination in a local hospital before doing the volunteering job). 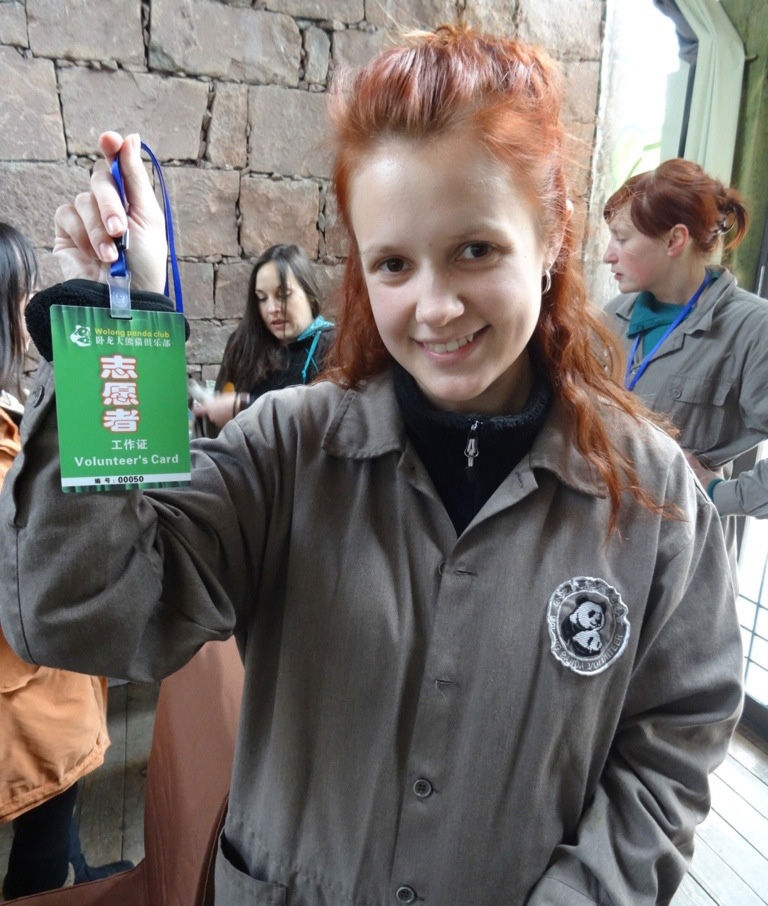 The Great Wall is a world famous attraction. It is once in a lifetime trip to visit this man-made wonder with your family. Beijing has the best masterpieces of all sections of Great Wall, such as the Badaling, Mutianyu, Jinshanling, Simatai, Jiankouk, etc. Among all these sections, the Badaling and Mutianyu are most recommended for family travel with kids, because they offer best preserved walls, well-maintained facilities, such as cableway, dinning, etc. Besides, flexible activities are offered as choices for family when visiting the Great Wall, including amusement park, zoo, hiking, etc.

The Toboggan ride is very popular with kids. It is an exciting and safe ride from the upper location of Great Wall to the lower place. To experience the ride, you can go to the Mutianyu Great Wall which, compared to Badaling, is less crowding. 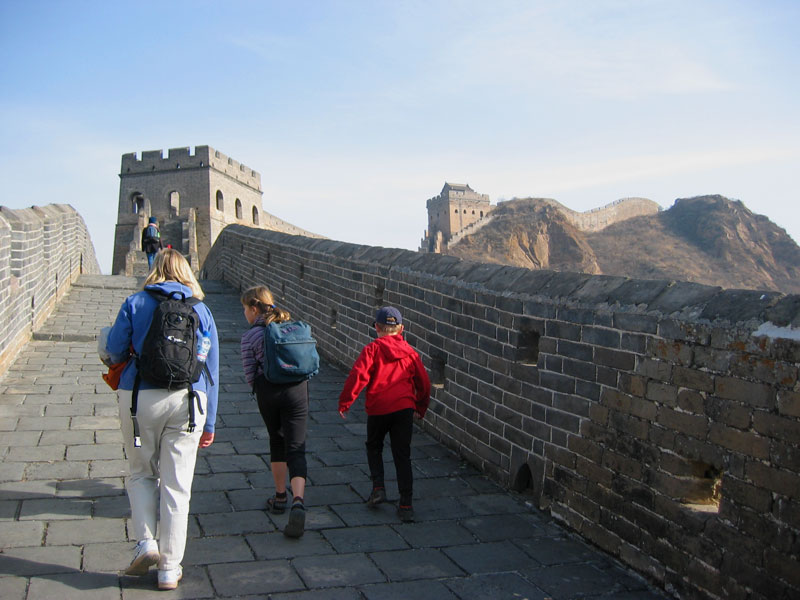 How to spend the night living during your traveling in China? The most recommended activity is to watch an interesting night show. Following are some popular traditional show you can try in some popular destinations.

Kungfu Show or Peking Opera (Beijing) - Beijing Kung Fu Show is a mix of traditional martial arts and modern dance. Most popular Kungfu show is a story about a Chinese young boy who dreams to become a Kung Fu master. Beijing Opera is the quintessence of Chinese culture which combines literature, music, dance, vocal performance, fine arts, acrobatics and many other arts. Travelers could enjoy charming Beijing Opera in Liyuan Theater in the evening.

Shanghai Acrobatic Show – there are two places to watch the Chinese acrobatic show in Shanghai - Shanghai Acrobatic Troupe or Shanghai Circus World. Many breathtaking activities are performed, such as Hula Hoops, Squeezing through the Barrel, Juggling Benches, Balancing on the Chair, Pagoda of Benches, Bicycle Skill, Play Diabolo, Kicking Bowls on the Bicycle, etc.

Guilin Impression Liu Sanjie - Directed by Zhang Yimou, the show is a splendid musical night show with the stage set right on the Li River and twelve mist shrouded hill and the heaven as its backdrop. nhanced by music, stage effect, lighting and costume, the spectacle becomes part of the landscape, reflecting the harmony of man with nature. 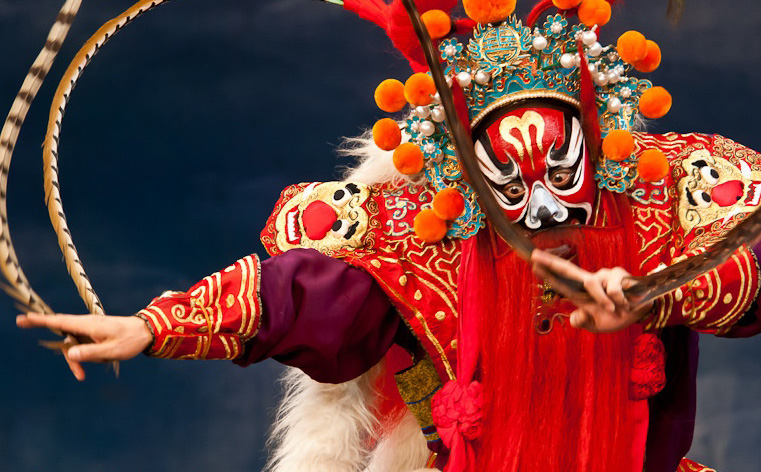 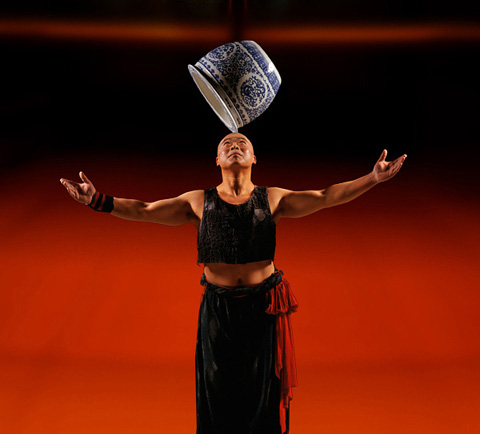 Any children who has watched movies of Bruce Lee want to act out the cool Kungfu. So why not take your kids to learn the real Kungfu in China?

The most famous martial art in China is of course the Shaoling Kung fu. Most martial arts in China were originated from Shangling Kungfu. You can spare out a half day to visit the Shaoling Temple in Dengfeng, then attend a Kung fu class taught by schools in Dengfeng City.

If you have no time to visit Shaoling Temple, you can also get a Kungfu class in Beijing. 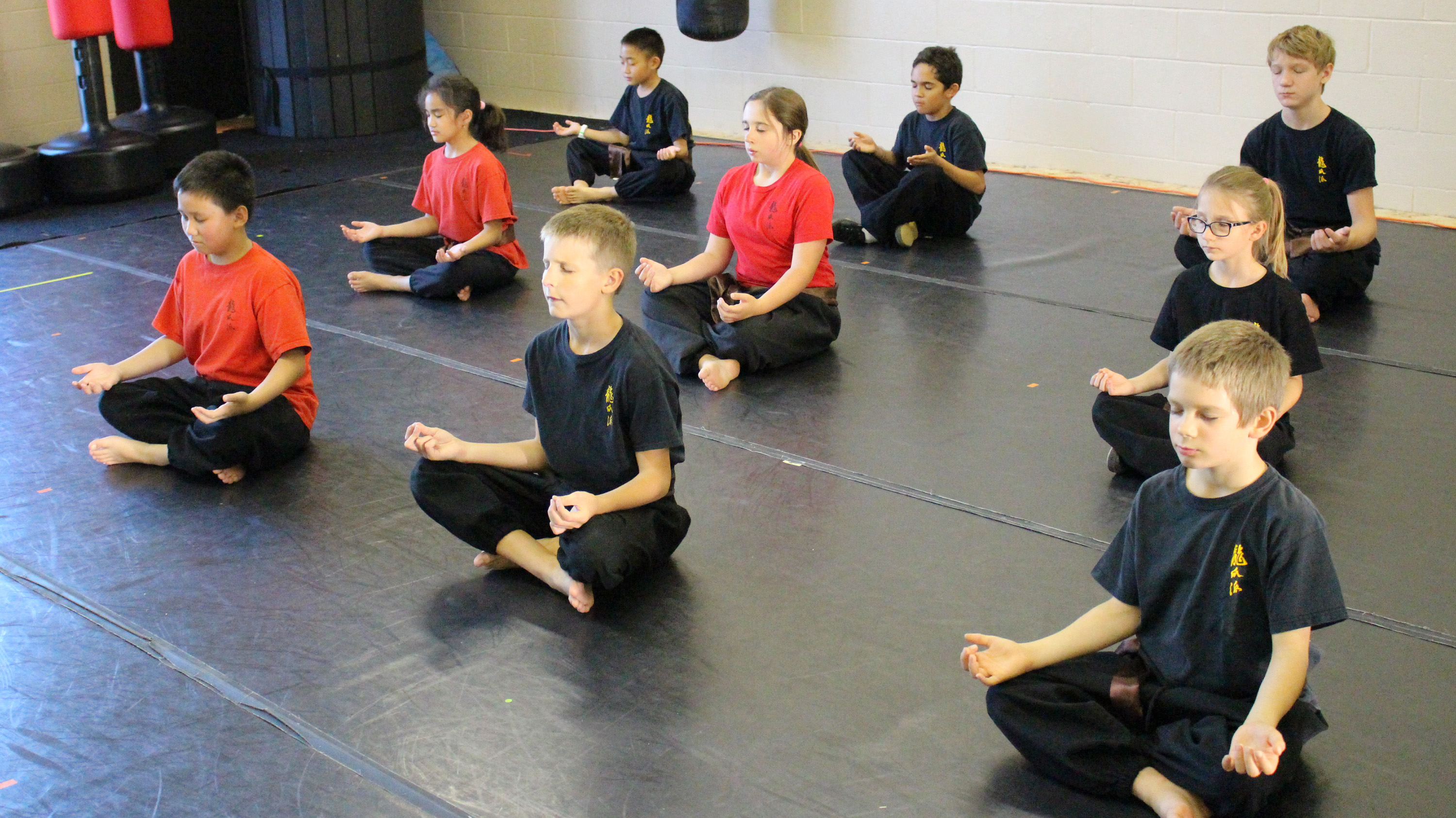 You family may need a break from the noise, concrete and traffic. Local parks are best places to go where adults can meet friends, drink tea or just rest. While, the children can make friends, play or run around with worry about the cars. Flying kites and boating are usually available in most parks in China. If you are in Shanghai, you can picnic, fly kites or take some outdoor activities in the Fuxing Park. If you are in Beijing, the park of Temple of Heaven is the best place for your family to explore the local culture and do some kid activities. 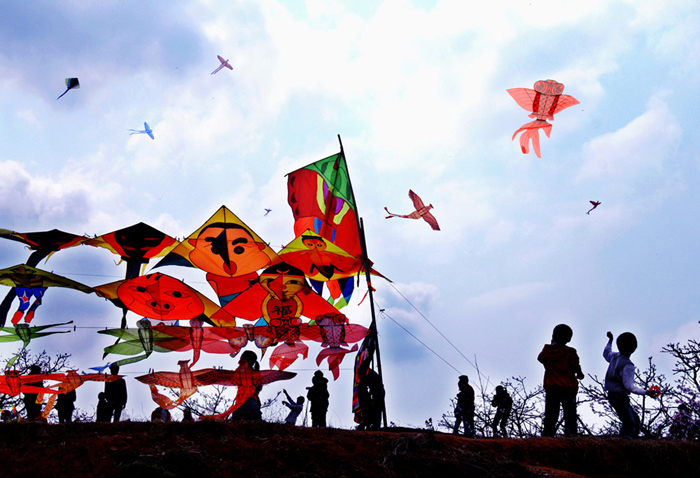 Take a river cruise on the beautiful rivers with your family is the most relaxing travel way in China. While sightseeing the stunning landscape along the rivers, put all your mind enjoying the happy leisure family time.

Yangtze River is the longest river in China, as well as the most beautiful river. The section from Chongqing, via Yichang, Wuhan, to Shanghai is the best route for cruise. So far, the most popular cruise is Chongqing – Yichang (4 or 5 days), or Chongqing – Shanghai (7 or 9 days). Featured sites along the cruise include the Three Gorges, Three Gorges Dam, Shibaozhai Temple, etc.

Taking a Li River cruise from Guilin to Yangshuo is the best way to appreciate the beautiful karst landform, thousands of limestone karst mountains sticking out of the ground along the River bank. You’ll feel like sailing through a hundred-mile scroll with numerous green mountains, cliffs, waterfalls, oases and shoals. The whole cruise is about 4.5 hours. Travelers can board the cruise at Zhujiang Pier in Guilin and get off at Yangshuo Pier. The best time to catch the most beautiful side of Li River is from April to October.

Travelers can take a Huangpu River cruise to witness the history and development of Shanghai. Board the cruise along the Bund and sail between Nanpu Bridge and Yangpu Bridge. Many sites are standing aside Huangpu River, like Oriental Pearl TV Tower, The Bund, Jinmao Tower, Shanghai World Financial Center and Shanghai Tower. The whole cruise takes about 45 minutes. Travelers can choice to take it in the daytime or at night. Different time will give you different feel. 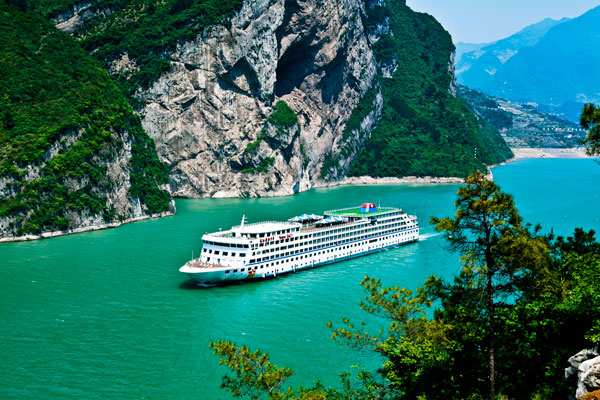 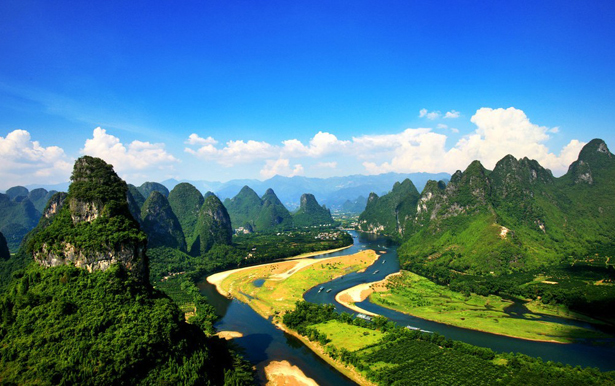 Yangshuo is famous for peaceful countryside landscape, karst hills and beautiful Yulong River. There are different ways to explore the beauty of Yangshuo.

Bamboo rafting is most popular on the Yulong River because it is private and safe. Travelers are not suggested to cruise the whole length of river, only need spend 2~3 hours cruise one of the routes, from JInlong Bridge to Jiuxian Village, or from Chaoyang Pier to Gongnong Bridge.

Hiking is challenging for kids, but a great opportunity to exercise the body and mind. Besides, the idyllic scenery along the hiking is the best reward for the hiking. Peaceful villages, beautiful farmland, kid leading a cow… To take care of your kids, you can choose a short route to hike around the Jinlong Bridge or Gongnong Bridge.

Biking is very popular with family traveling in Yangshuo because the town is not big. Flat country roads connect the villages with rivers and farmlands. The section from Yangshuo to Moon Hill is also called Ten Miles Gallery, for the scenery along the road is just like the scene in the painting. It is the most classis route for biking. 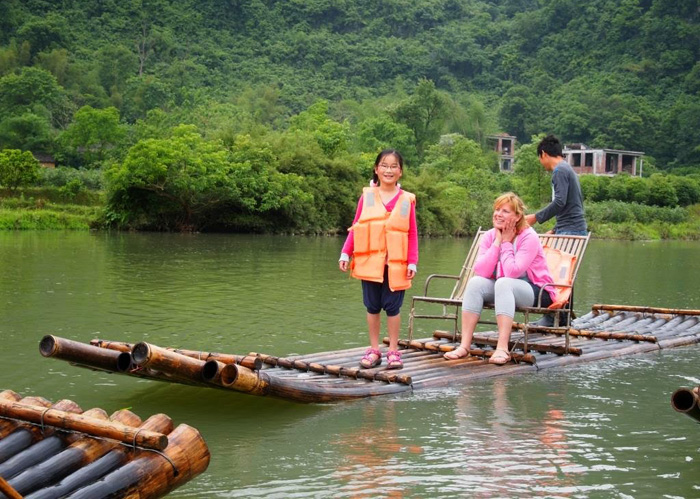 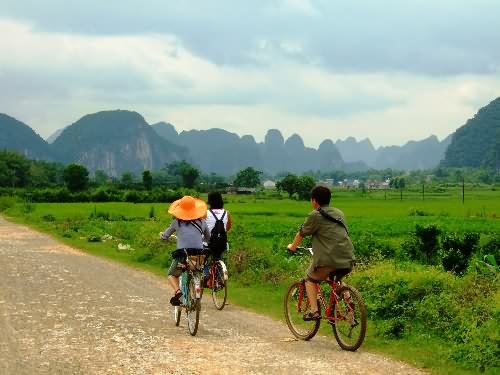 What is the best way to learn the Chinese culture? Master it. But as you know, the Chinese culture is diverse and vast, and it is impossible to master all aspects of Chinese culture. The expedient is to take training classes of some acquirable and visible arts, such as the Calligraphy, paper-cut, etc.

Paper cutting is a spectacular manifestation of Chinese culture. A skillful artisan of paper cutting can cut the paper into any shape he wants. Chinese people usually use the paper cutting during festivals or ceremonies as decoration. It is a great idea to take your kids to learn the paper cutting, which will help the kids create works they are interested in. 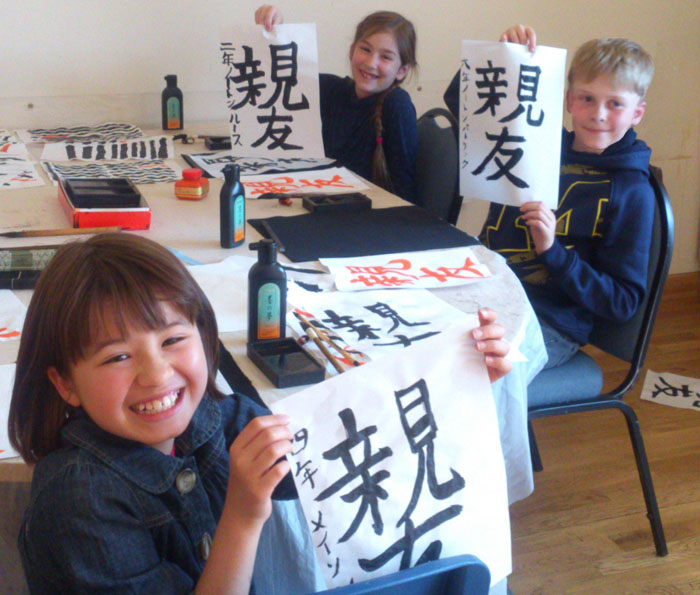 It seems children are born to be attracted by the animals. They are usually curious about the new stuffs. So why not take your kids to visit some unique animals which can only be seen in China.

Generally, each middle or lager cities in China has a zoo or safari park. But since you travel in China, you must go the bests. We advise you to take your kids to some top safari parks which offer better facilities and house famous animals, such as the Changlong Safari Park in Guangzhou, Shanghai Safari Park, Hangzhou Safari Park, etc. 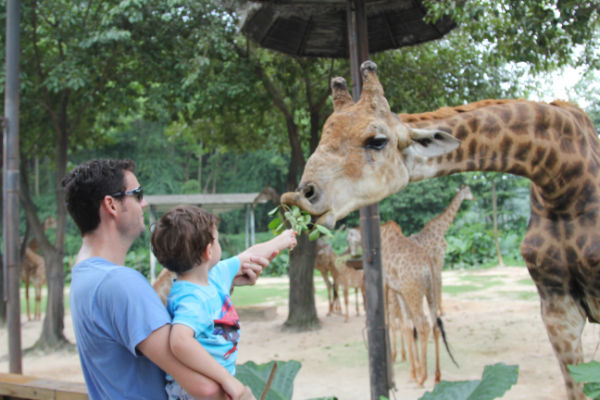 The Happy Valley is the most popular domestic company of amusement park. So far, it has amusement parks – Beijing Happy Valley, Shanghai Happy Valley, Chengdu Happy Valley, Shenzhen Happy Valley and Wuhan Happy Valley. Each park is not only as a park for amusement for all ages of people, but also a resort or attractions for holiday and sightseeing. Any thrill ride or other activities you can see in the Disneyland also can be taken in the Happy Valley, such as Ferris wheels, tilt-a-whirl, Big Splash Flume log ride, North Pole Adventure, Kung Fu Panda knock-off 4D ride, and a rotating tower ride on Flying Island, etc. Your family will have a lot of fun here. 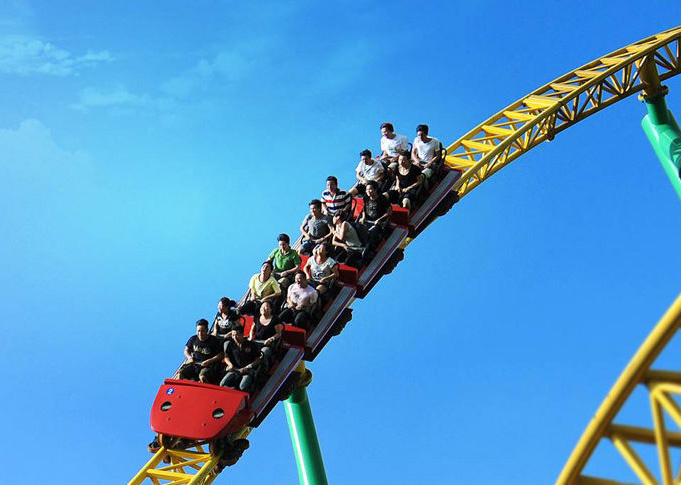 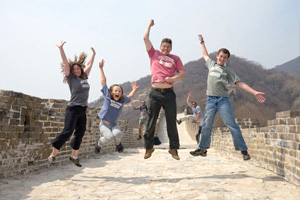 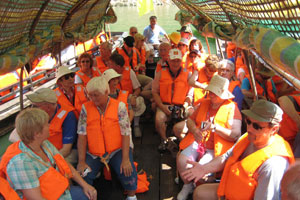 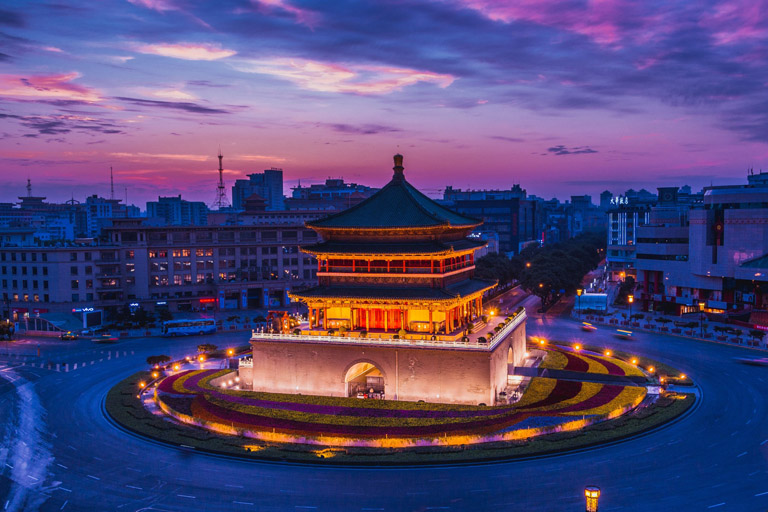