Travel from Zhangye to Jiayuguan: By Train or By Bus

The Lanzhou Xinjiang High Speed Railway makes it fast and convenient to travel Zhangye together with Jiayuguan not far away. During the combined trip, you can not only view stunning natural wonder in Danxia Landform Geopark in Zhangye, but also physically feel the grand westernmost Great Wall of China. Most people choose to make a short layover in Jiayuguan from Lanzhou, Zhangye and then continue exploration of Dunhuang and more destinations on the ancient“Silk Road” to feel different landscape, culture and history of China.

Jiayuguan (嘉峪关) is a prefecture-level city in northwest Gansu and mid-east of Hexi Corridor. It is close to Jiuquan City in the east, about 750km of west of Lanzhou, Capital of Gansu Province. Jiayuguan is most famous for the Jiayuguan Pass - the west end of ancient Great Walls of China which is reputed as“the First and Greatest Pass Under Heaven”.

While Zhangye is a prefecture-level city situated in northwest of Gansu Province and middle of Hexi Corridor, and it borders Jiayuguan in the south.

The private driving distance between Zhangye to Jiayuguan is: about 230km/2.5 hours. 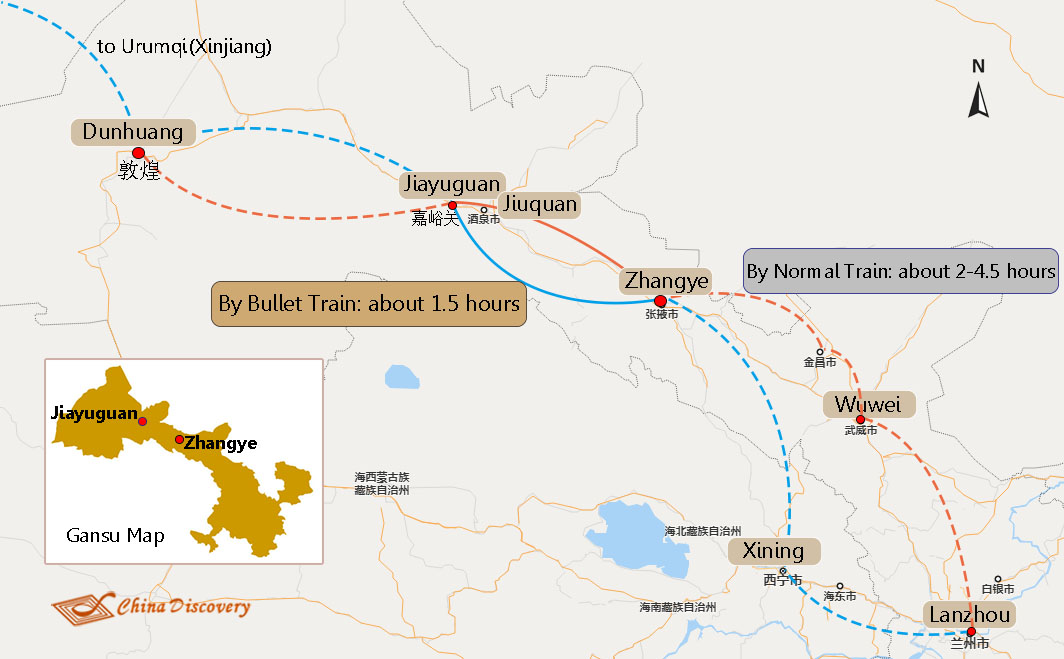 1. Zhangye to Jiayuguan By Train - Most Convenient Option

Every day, there are over 40 direct trains running from Zhangye to Jiayuguan, including fast bullet train and normal trains at ordinary speed. Train journey is about 1.5 hours to 3 hours, based on which kind of train you take.

Now, Zhangye sends more than 10 bullet trains (all D trains) from Zhangye West Railway Station (张掖西站) in Zhangye to Jiayuguan South Railway Station (嘉峪关南站) in Jiayuguan. The first train leaves at nearly 10:30 and the last train departs at almost 21:30 in the evening. You can choose from First Class Seat of Second Class Seat for the short train trip.

At the same time, there are about 40 normal trains (including traditional K, T, Z trains) available. The trains are scheduled from Zhangye Railway Station (张掖站) to Jiayuguan Railway Station (嘉峪关站), during about 00:00 at midnight to the 23:30 in late evening.

Our Advice: Train travel is most suitable for independent travelers who have enough time and good directions and know Chinese well. But, you still need extra transfer to the landmark attractions after arrival. It’s highly suggested to travel with China Discovery, using our private and direct transportation to visit spots and enjoy sightseeing. 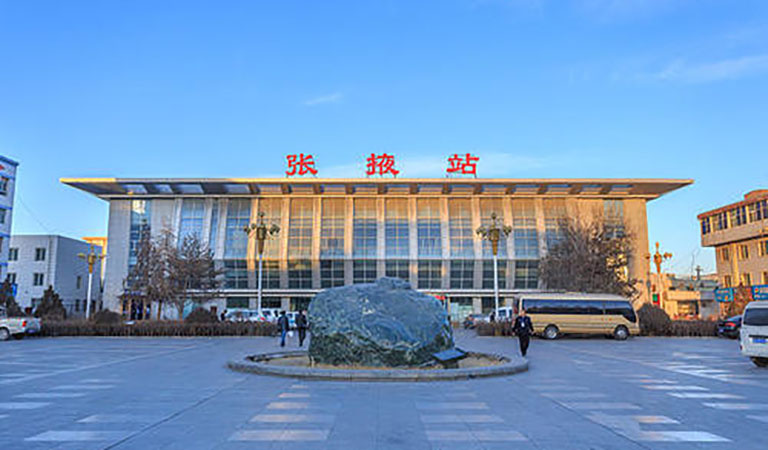 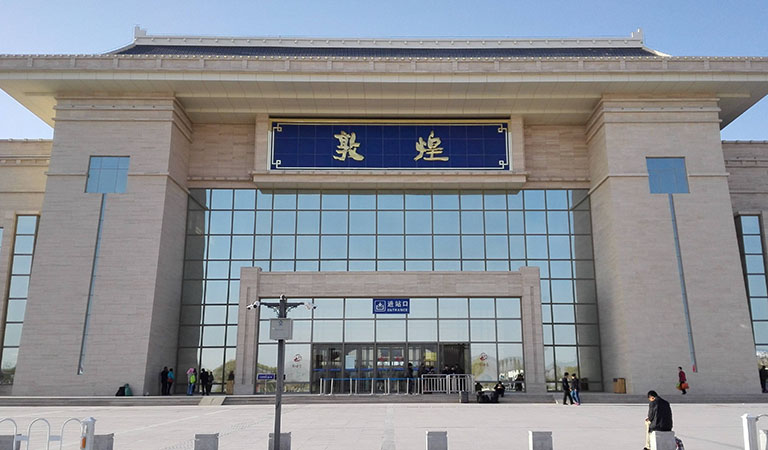 2. Zhangye to Jiayuguan by Bus

Taking a bus from Zhangye to Jiayuguan is a doable Plan B if you fail to buy the train ticket. At present, there are only 2 daily buses offered, one departs at 10:20 in the morning and the other one leaves at 13:00 in the afternoon. Please note that, after arrival in Jiayuguan, you can take local taxi to tour Jiayuguan Pass and other sites around.

How to Plan A Zhangye Jiayuguan Tour

Located in Northwestern China at a short distance, Zhangye and Jiayuguan are both node cities worth a quick visit on the ancient “Silk Road”. China nature and culture fans definitely love to see the featured scenery and fortress different from other regions in China.

It’s advisable to stay in Zhangye for 1 to 3 days to see the main attractions. The colorful Danxia Landform Geopark always comes first. As the top attraction in Zhangye, you can see boundless “Rainbow Mountains”making a colorful painting at sunrise and sunset. Moreover, Binggou Danxia shows you more interesting mountain formations. If time permits, take 1 to 2 days more to visit Mati Temple to see the Buddhist grottoes, to Giant Buddha Temple to witness the large Reclining Buddha, see a local night show to know Zhangye culture and history better.

Jiayuguan Pass should not be missed when you are in Jiayuguan. It is the west most point of China’s Great Wall and served as main passes as Juyong Pass and Shanhai Pass in the past. Find a good tour guide to help you understand this magnificent architecture and it’s historical role and impact. In Jiayuguan, you can also see rock paintings, underground tomb paintings, lakes and breathtaking mountain views. 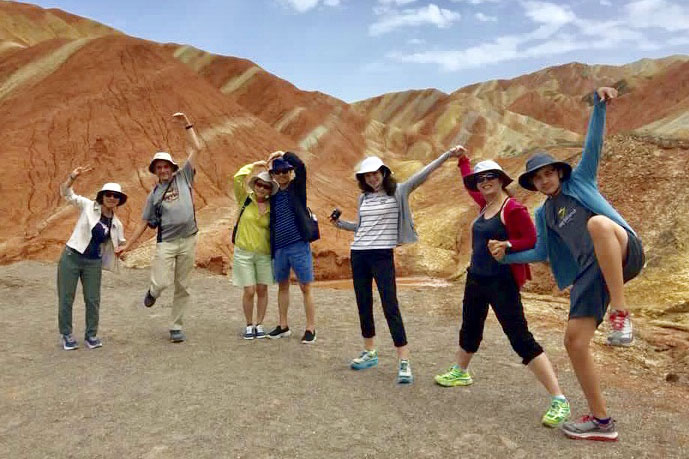 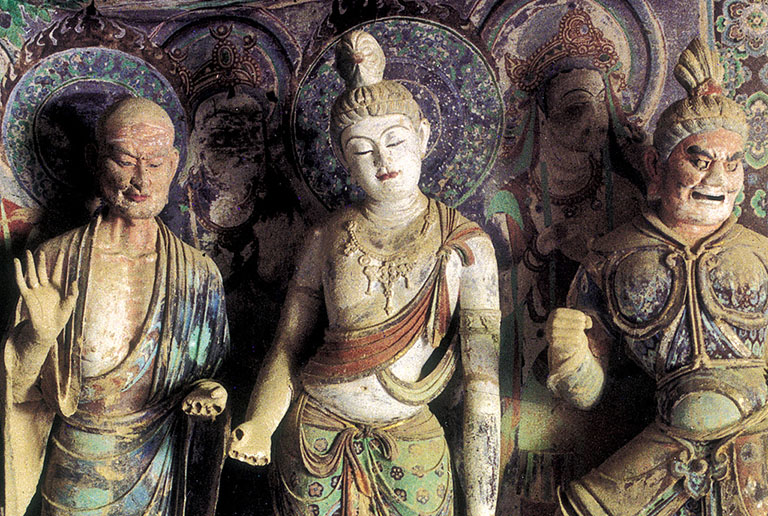 Best Travel Idea: Travel further to meet the most brilliant pearl on “Silk Road”- the Mogao Grottoes in Dunhuang, or extend discovery to Urumqi (Xingjiang).

China Discovery is a professional, reliable and experienced travel companion offering best tour services for our guests. We not only provide travel guide and tips online, but also try our best to make sure you enjoy your China travel, supporting you on visa, transport, sightseeing, accommodation, dining and more details. You may select from our popular tour packages, or contact us to customize a special one based on your own hobbies, budget and itinerary.

Top 3 Jiayuguan tours chosen by most customers to explore Jiayuguan in the best way. Check the detailed itinerary, or tailor your own trip now with us.